Getting Political About Hurricane Ian Is a Journalistic Responsibility

There’s nothing partisan about journalists pointing out that one candidate’s proposals broadly square with science while another’s do not. 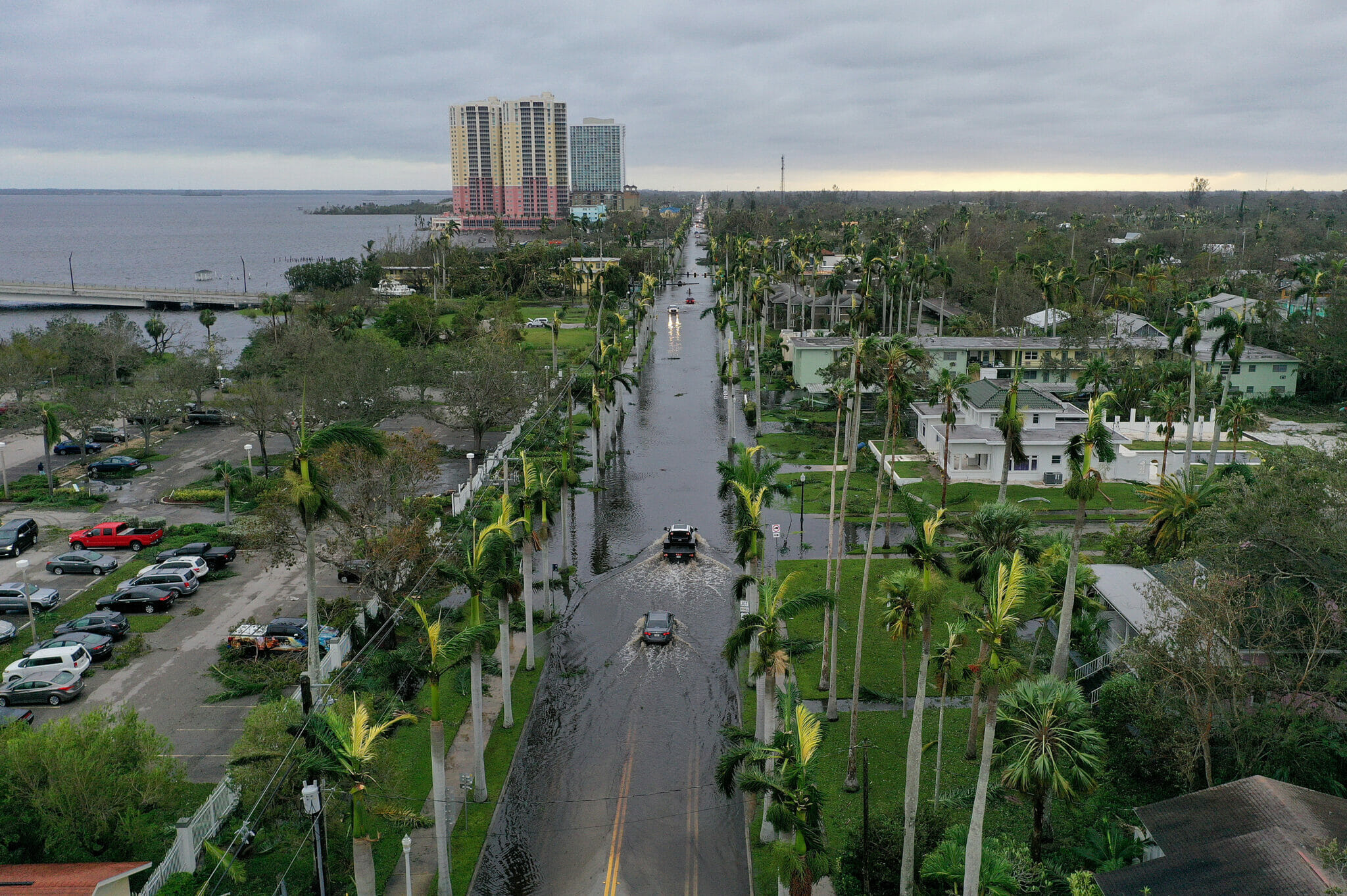 Vehicles make their way through a flooded area after Hurricane Ian passed through the Fort Myers area on September 29, 2022 in Florida. (Photo by Joe Raedle via Getty Images)

Yesterday afternoon, Hurricane Ian crashed into Florida’s west coast, bringing with it surging seawater and catastrophic, 150mph winds. In the coming days, the storm is forecast to pass east over Florida into the Atlantic, before turning northwest and hitting Georgia and the Carolinas as a tropical storm. Video from Florida shows densely populated areas underwater, with destroyed homes and wreckage afloat in streets that run like rivers; and as of this morning 2.5 million residents were without power.“I’ve lost my house,” one North Fort Myers man told CNN.

Some journalists may feel uncomfortable talking about politics at a time when survival is priority-one for millions of people stricken by disaster. But politics, including the fast-approaching US midterm elections, are inseparable from climate change-fueled disasters. The failure of most of the world’s governments to slash heat-trapping emissions is why hurricanes, heat waves, and other forms of extreme weather are getting worse and more frequent all over the world. (Ian caused a nationwide blackout in Cuba before moving on to Florida, and it comes just a week after Hurricane Fiona killed power in Puerto Rico.) Until governments shift their economies away from oil, gas, and coal, global temperatures will keep rising, bringing ever more destruction and suffering. Political decisions also shape how much money is spent helping people recover after a storm has passed, and which people get helped. As journalists, it’s our job to equip voters with the climate information and analysis they need to make informed choices when they cast their ballots.

Covering Climate Now yesterday hosted the latest in our Talking Shop webinar series, to help journalists think through how to make clear to audiences the connection between electoral choices and climate outcomes.

“I anticipate what we’re going to see in the aftermath of this storm is some pretty significant destruction and the need to rebuild,” said panelist Tracy Wholf, the coordinating producer for ABC News’s climate unit. “It’s important to point out [to viewers] some of the political decisions that have or haven’t been over the past several years.”

Covering Climate Now executive director Mark Hertsgaard, who moderated, recalled that Florida senator Marco Rubio voted against last year’s federal infrastructure bill, which included $47 billion to help communities prepare for flooding, like the water punishing Florida right now; like all Senate Republicans, Rubio also voted against the Inflation Reduction Act, which aims to slash heat-trapping emissions. The state’s Republican governor, Ron DeSantis, has meanwhile backed some efforts to adapt to extreme weather while rejecting measures to reduce emissions, which he characterized  as “left-wing stuff.” DeSantis’s opponent in November, former Republican Florida governor Charlie Crist, who changed parties and is running as a Democrat, has a record of climate-smart policymaking that was abandoned by his successors; today, he campaigns on a platform of climate action.

There’s nothing partisan about journalists pointing out these positions — or the fact that one candidate’s proposals broadly square with science while another’s do not. “It’s very difficult to argue against the science,” said Gabrielle Gurley, a senior editor at The American Prospect, during the Talking Shop event. Gurley added that voters on both sides of the political aisle are increasingly convinced of the effects of climate change — seeing is believing, sadly — even as some leaders keep their heads in the sand.

Additional climate angles to explore in the leadup to the midterms include: What are the follow-on effects of disasters like Ian, such as the potentially calamitous impacts on local insurance markets? Amid the ongoing democracy crisis in the US, how might Hurricane Ian’s destruction hamper the democratic process? “Can Florida and Georgia conduct their midterm elections in a fair and free way?” Gurley asked. And in all elections, it’s crucial that journalists seek out the newest voters: “Young people are worried about climate in a way that we can’t even imagine,” Gurley said. “I urge reporters to talk to college students, talk to high school students of voting age. See where their thinking is now that climate is back on the front pages.”

As always, you can watch a full recording of our Talking Shop on YouTube. And our website will be updated shortly with highlights from the event.

CCNow Q&A. Each month, CCNow speaks with exemplary journalists about their experiences on the climate beat. Our latest Q&A features Brazilian journalist Eliane Brum and Guardian correspondent Jonathan Watts, who recently launched Sumaúma, a news platform dedicated to in-depth coverage of the Amazon rainforest. “We cannot face climate breakdown and mass extinction with the same thinking that led to these crises,” Brum told us. “We need to recenter our values.” Read the Q&A at CJR.

Climate connection. This explainer connects the dots on how climate change leads to hurricanes that are wetter, windier, and more intense. Evidence shows that climate change is causing storms to travel more slowly, leading to massive rain dumps in one place. By Gloria Dickie at Reuters…

Under fire. An Associated Press investigation found that the large private equity firm Carlyle omitted its most profitable fossil fuel investment -– in the equity firm NGP — from a report on climate change’s financial risks. Carlyle said the omission was warranted because “Carlyle does not manage NPG” nor “operate NPG’s business.” By Ed Davey at the Associated Press…

Still suffering. People across southern Pakistan are struggling three months after heavy flooding caused widespread destruction in crop growing areas. Many farmers’ homes and fields remain under water, and they may not be able to plant their next crops in time. This could lead to food shortages in Pakistan. By Munir Ahmed and Muhammad Farooq at the Associated Press…

Fossil phase-out? The Pacific Island nation of Vanuatu has urged countries around the world to sign a treaty to phase out fossil fuels. “Acting with the knowledge of severe … damage to the environment can no longer be tolerated,” Vanuatu president Nikenike Vurobaravu told the United Nations General Assembly. By Miranda Bryant and the Australian Associated Press via the Guardian…

CNN Anchor Don Lemon asked Jamie Rhone, the National Hurricane Center’s acting director, about the link between Hurricane Ian and climate change. Rhome replied that such a link couldn’t necessarily be drawn. But the US National Academy of Sciences explicitly advised six years ago that statements such as Rhome’s are inaccurate: climate change is affecting hurricane intensity.

I will be setting the @CNN audience straight on this tomorrow. It’s unfortunate that @NHC_Atlantic Director Jamie Rhome is spouting climate denial talking points.
He should acquaint himself w/ the science. e.g. this piece by @ClimateComms & me in @SciAm: https://t.co/SWViLjOu8q https://t.co/JKH2K4A6rJ

Hurricane Ian. As the situation in Florida evolves, see advisories from the National Hurricane Center. And for the latest information on US power outages, see PowerOutage.us.

COP27 accreditation & visa. Media accreditation for COP27, to be held in Egypt from November 6-18, closes October 6. For US journalists planning to attend in person, the US State Department highly recommends applying for a visa for Egypt as soon as possible.

Accountability. Harvard University is hosting a discussion on “Accountability for the Deception Industry,” with a panel of experts including investigative journalist Amy Westervelt. September 30. Registration via plukacz@g.Harvard.edu.

COP27. The Allied for Climate Transformation consortium and World Resources Institute are co-sponsoring a webinar, “How to Achieve a Just and Ambitious Outcome at COP27.” Topics include addressing loss and damage, scaling up support for adaptation action, and more. October 6. RSVP.

Climate journalist. Author and journalist George Monbiot, who was awarded the 2022 Orwell Prize for Journalism, will discuss his prize-winning pieces, including “Capitalism Is Killing the Planet” to the myth of “Green Growth.” October 13. RSVP.

Jobs. The Miami Herald is recruiting a multimedia engagement reporter, climate change. The Washington Post is looking for an assignment editor, climate.

Grant & Fellowship. Internews’s Earth Journalism Network is offering up to 20 reporting grants to youth journalists in the Asia-Pacific region to support the production of stories on environmental and climate injustice. The Media Foundation for West Africa has launched a climate change journalism fellowship program for young journalists in West Africa.

Solutions reporting. Solutions Journalism Network is launching the Climate Beacon Newsroom Initiative in partnership with CCNow and Climate Central. The year-long program will bring together five US newsrooms and five climate fellows to transform their climate coverage. Newsrooms that are by and for communities most affected by the climate crisis are encouraged to apply. Deadline: October 10. Learn more.

Congratulations! Elizabeth Kolbert has received the BBVA Foundation’s 4th Biophilia Award for Environmental Communication for her “extraordinary ability to communicate the major environmental challenges to a wide global audience.” Mongabay founder and CEO Rhett Ayers Butler has won the 2022 Heinz Award for the Environment for his efforts to advance environmental journalism worldwide. 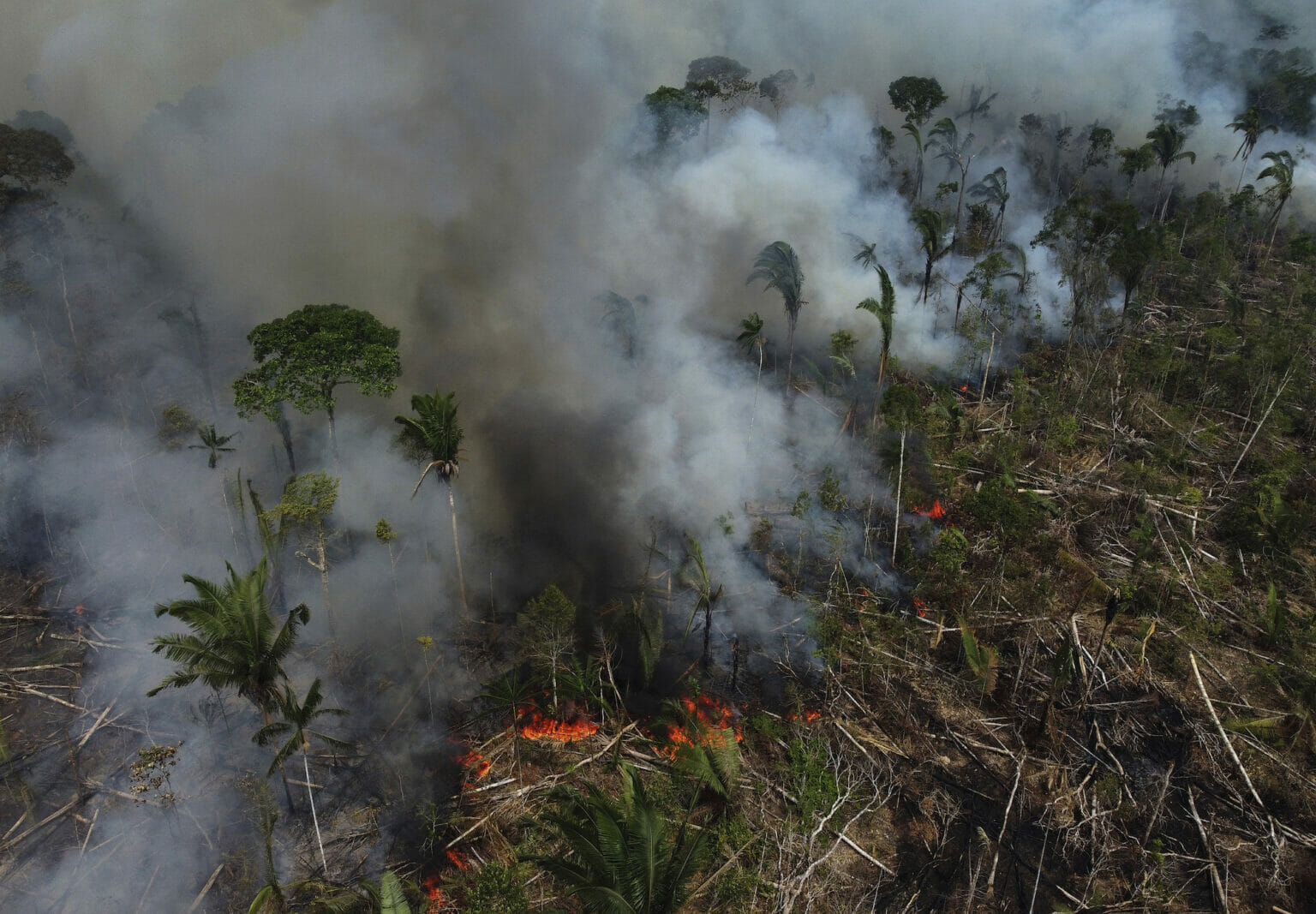 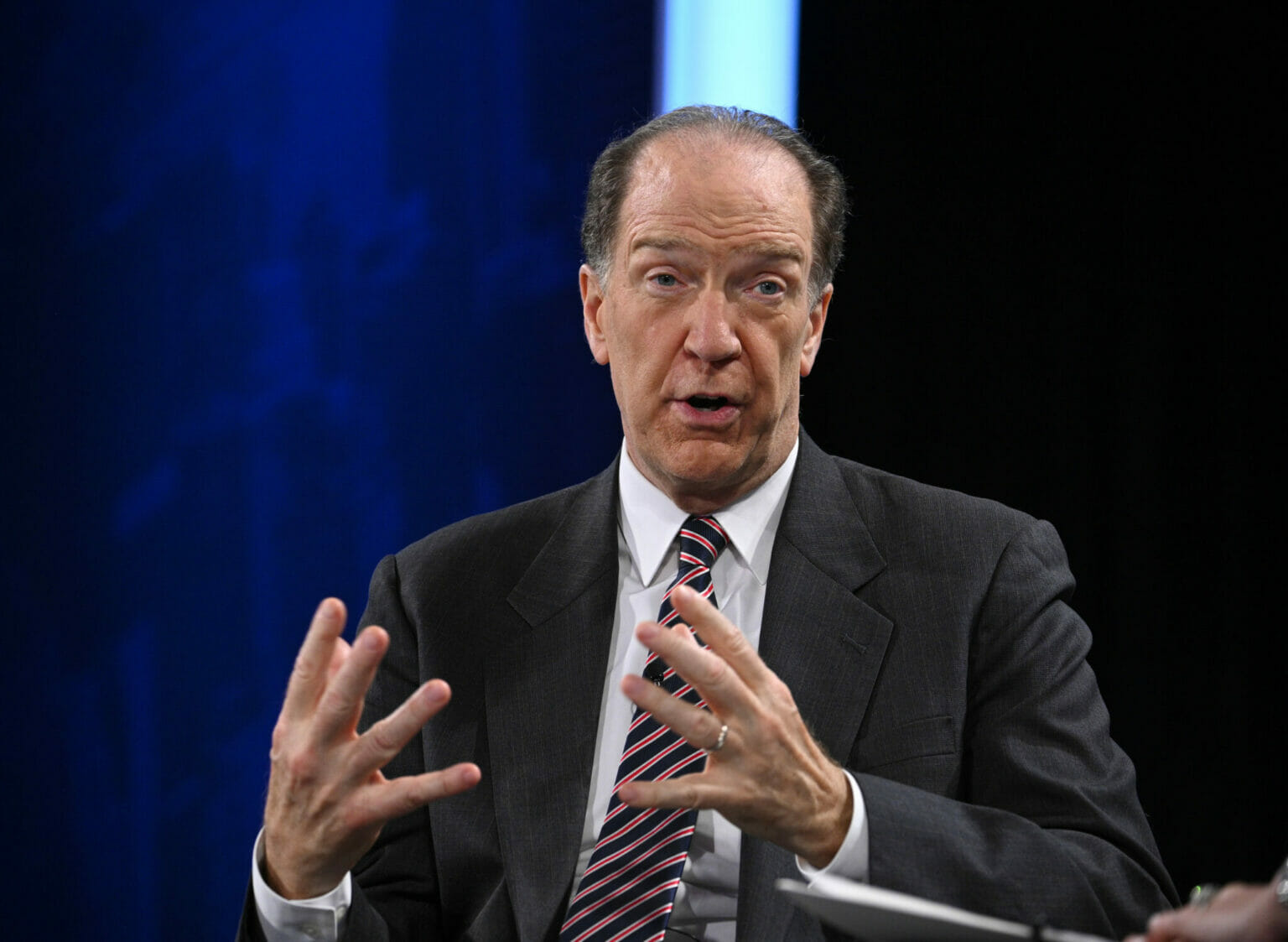 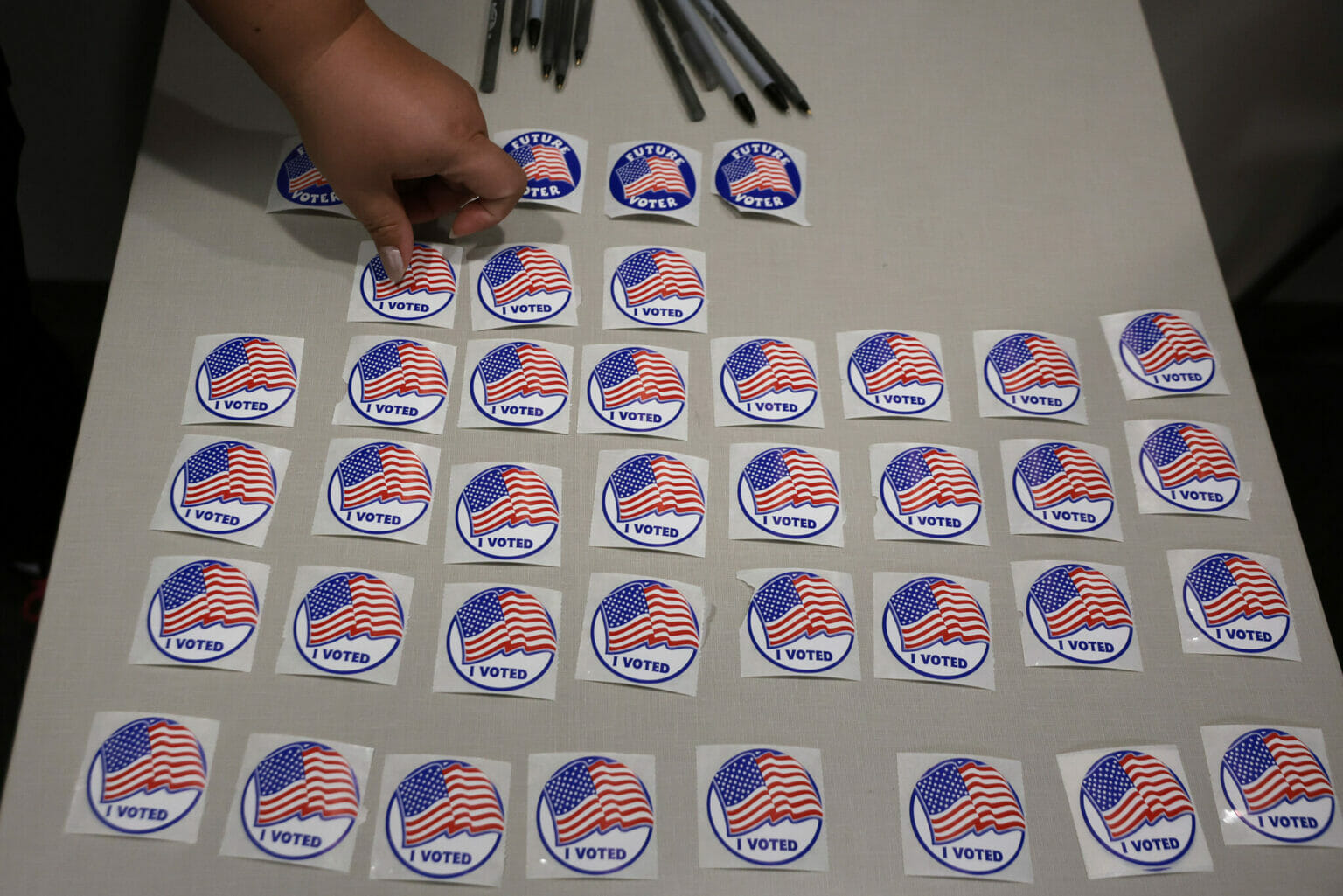