Australia Is Still Burning. Will The Media Stay With The Story?

So often when covering disasters, the media swarm the story in the initial phase of shock and horror, do valuable and sometimes courageous reporting, and then abruptly depart, on to other crises and fixations. Will that be the case now with Australia? 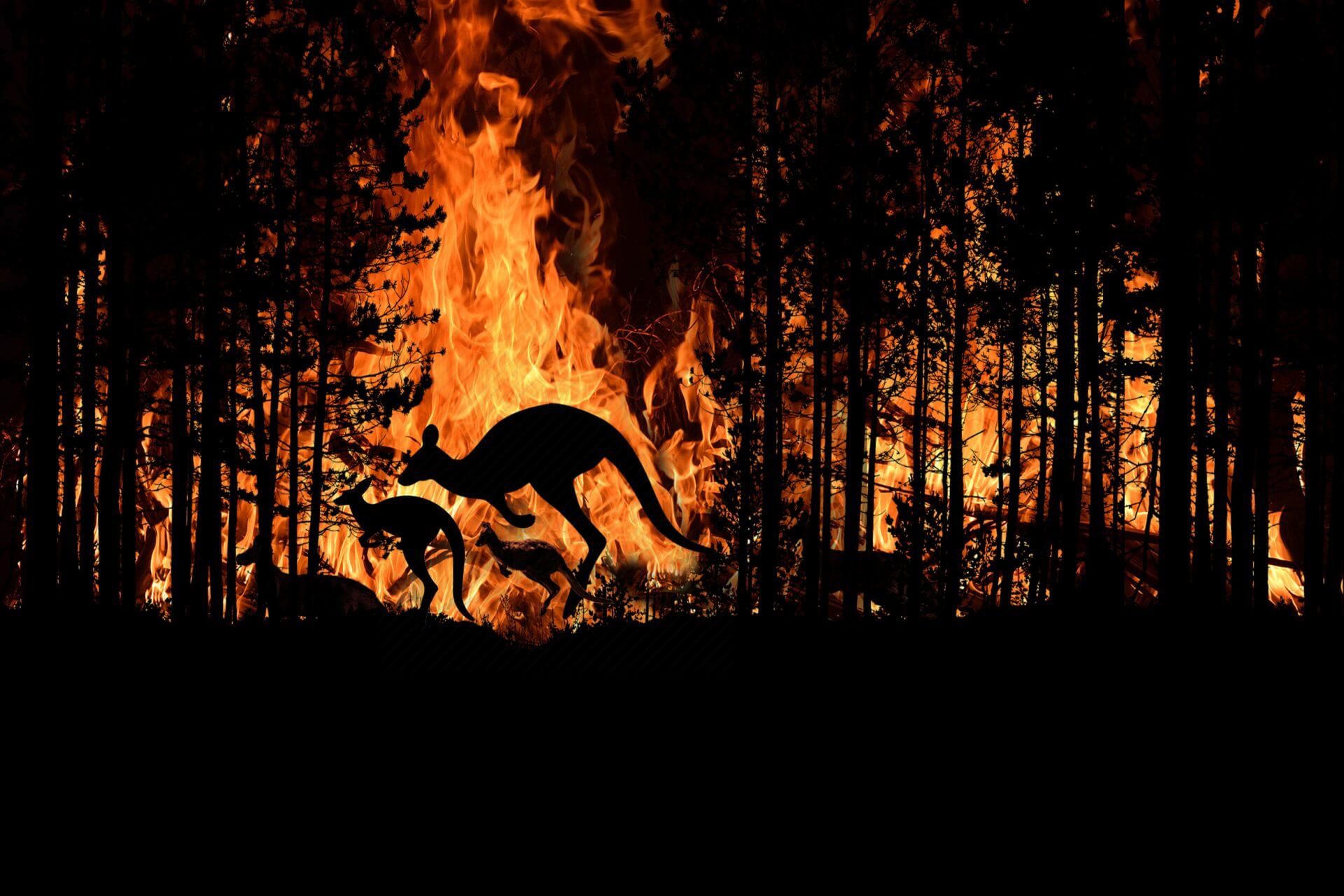 Scorching temperatures are again forecast in Australia over the coming days, even as the country struggles to recover from some of the worst bushfires in its history. The impending heat wave is expected to spark more blazes, as two years of withering drought have left what vegetation remains as dry as tinder. The sheer scope of the disaster is difficult to grasp, especially for outsiders: an area the size of Kentucky (also of Ireland and of Ghana) has burned. Scientists, for their part, have been clear: this is the climate emergency, unfolding in real time. And with months of summer still to come in the Southern Hemisphere, it’s likely that the Australian climate and fire story is nowhere near over.

The question for the press is, Will we stay with this story? So often when covering disasters, the media swarm the story in the initial phase of shock and horror, do valuable and sometimes courageous reporting, and then abruptly depart, on to other crises and fixations. (Hello, Megxit!) But as a disaster story disappears from homepages and headlines, the disaster itself recedes from public attention and the larger political agenda at the very time when the media should be probing the disaster’s  causes, unpacking its lessons, and holding the powerful to account.

Will that be the case now with Australia?

Not in Australia itself, at least, where the media can scarcely avoid talking about what may rank as the greatest physical disaster in the country’s modern history. Though Rupert Murdoch’s far-reaching media properties continue to spread climate denial, there has been sterling coverage from other outlets. The Australian Broadcasting Company, for example, aired an interview with Michael Mann of Penn State University, one of the world’s foremost climate scientists, that, over 8 minutes, spanned both the science and the politics of the disaster. “A [climate] tipping point may be playing out right now,” Mann said. “Once you make things dry and hot enough, you see a dramatic escalation in these bush fires.” He added, “This is just a taste of what’s to come if we don’t act” swiftly to slash greenhouse gas emissions.

In the US, coverage has been middling, despite the fact that the same climate denialism that led to the Australia fires also permeates the US federal government. Too many reports still fail to mention the scientifically established link between Australia’s fires and global warming. The impeachment saga has been an understandable distraction, but it should not have led to the fires all but disappearing from newspapers and broadcast news lineups.

Nevertheless, some stories have brought clarity and purpose to the discussion and provide a roadmap for continued coverage.

InsideClimate News, a Covering Climate Now partner, published an in-depth report illuminating the tipping point dangers expressed in Mann’s ABC interview. Hot and dry conditions not only invite extreme fires, scientists explain; as those conditions continue, they parch soil beyond what many trees can tolerate. Thus, forest ecosystems not only in Australia but in the American West, the Mediterranean Basin, and other semi-arid regions could permanently “shift to brush or grassland,” with countless knock-on effects for humans and wildlife.

Much coverage has featured impassioned first-person accounts, few as searing as Australian novelist Richard Flanagan’s New York Times oped, “How Does A Nation Adapt To Its Own Murder?” Flanagan blasts Australian prime minister Scott Morrison for favoring “resilience and adaptation” while simultaneously proposing 53 new coal mines in his country, which would mark “one of the world’s largest fossil fuel expansions.” The government should instead halt all such projects, Flanagan says, shift subsidies from fossil fuels to renewable energy, and press at the United Nations climate summit in November for “quicker and deeper cuts to carbon emissions around the world.” Anything less, he adds, condemns not only Australia but humanity to a future without a future.

Firefighters, too, are incensed with Morrison, reports Australian professor Clive Hamilton in Sierra magazine. The prime minister has shunned repeated requests from a group of 23 former chiefs of fire and emergency services to meet to discuss how climate change is intensifying fire risks. The “Firies,” as they are known in Australia, are held in high esteem publicly, but it’s unclear if their political engagement will lead to change. After all, notes Hamilton, the public re-elected Morrison last May after a campaign in which the opposition Labour party frequently condemned his climate policies.

Tragically, Australia seemed poised to lead on global climate efforts a few short years ago, Daniel Judt points out in a deeply reported, eyewitness piece in The Nation. Morrison’s climate position has shifted over time, Judt explains, from outright denial to misleading and often false fall-back positions. Australia isn’t to blame for climate change, the prime minister says, because it contributes only 1.3 percent of global emissions, a statement that ignores that Australia exports more coal and liquified natural gas than any other nation. But it’s not only politicians who are to blame. Much of the trouble, Judt concludes, is the strength of Australia’s coal lobby.

These and many other angles on the Australian climate and fires story—especially the ongoing suffering of people and wildlife—deserve enduring attention from the press. To that end, Covering Climate Now is making available a selection of coverage for republication or rebroadcast by others in the collaboration, including the above-mentioned stories from InsideClimate News, Sierra, and The Nation. CCNow partners will receive a separate email with this package of content attached. If your news outlet is not a member of CCNow but would like to run any of these stories, consider joining us!

**As a reminder to our partners, a story’s mention in The Climate Beat newsletter does NOT necessarily mean that the story may be republished under CCNow’s content sharing agreement. Stories may only be republished if explicitly stated.**

Some additional news and coverage of note: