A key focus at the G7 summit will be rich countries failure to meet their financial obligations to poor countries under the Paris Agreement. 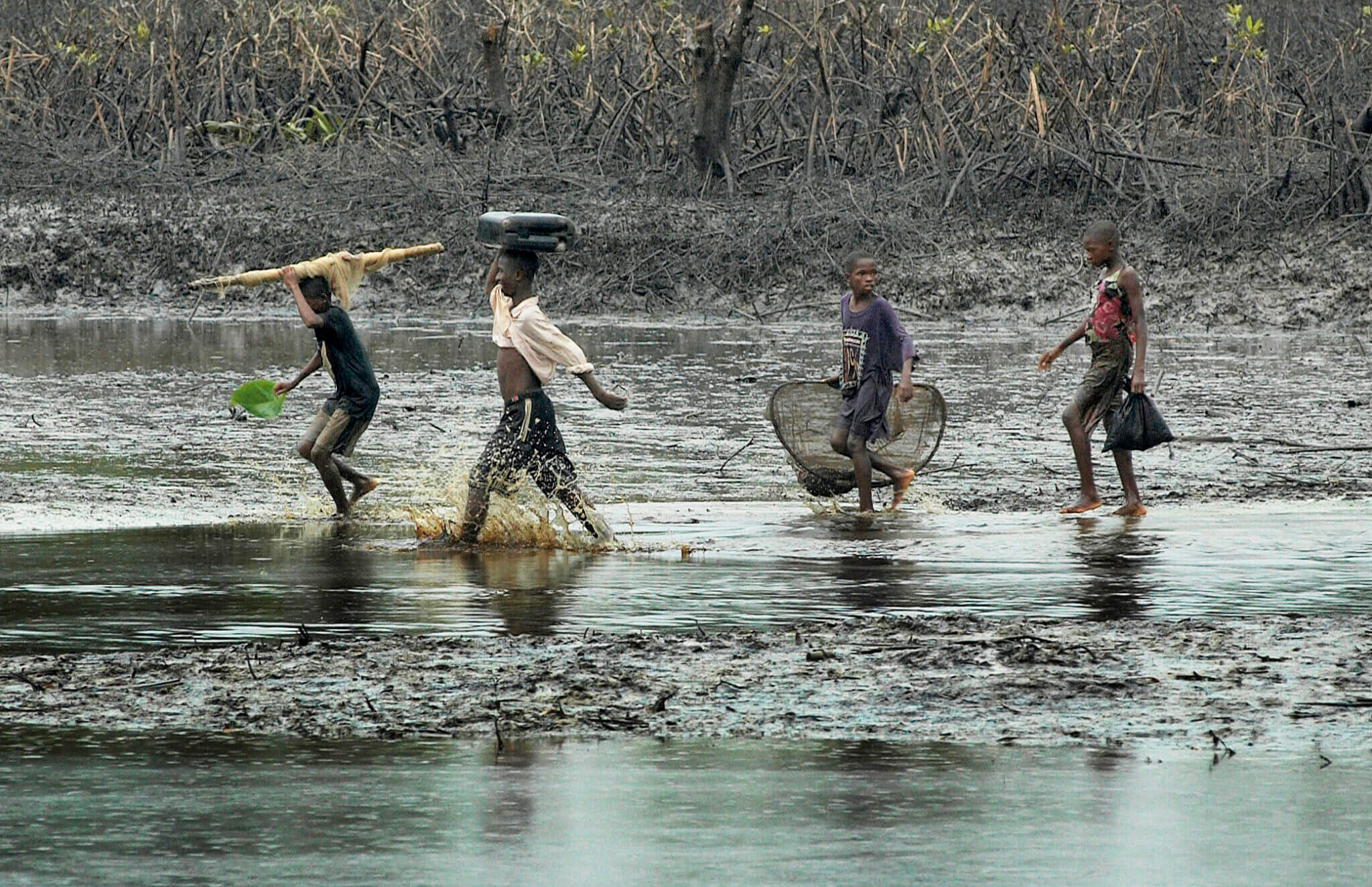 Children wade through a mangrove swamp covered with crude oil on their way home from fishing October 14, 2004 in Goi, Nigeria. (Photo by Jacob Silberberg/Getty Images)

This Friday, June 11, the Group of 7 nations begins its annual summit, and climate justice is explicitly on the agenda. This is unprecedented, and though other top-line issues will be discussed during the summit—global vaccine distribution and a proposed worldwide minimum corporate tax rate—the climate emergency must be central to journalists’ coverage, in particular in the lead up to November’s COP-26 global climate summit in Glasgow.

To help journalists prepare, CCNow held a press briefing yesterday with two climate diplomacy veterans: Saleemul Huq, director of the International Centre for Climate Change and Development in Bangladesh, who helped train diplomats from the Global South who inserted the 1.5 C goal in the Paris Agreement; and Rachel Kyte, dean of The Fletcher School at Tufts University in Boston and the World Bank Group’s special envoy to the Paris Agreement negotiations. The discussion focused on rich nations’ obligation under the Paris Agreement to provide $100 billion a year in climate aid to help poor countries quit fossil fuels and cope with the impacts of an overheated planet—the fact that this aid has been largely undelivered, and why this shortcoming is so critical to rich nations’ credibility in the climate fight. You can watch a recording and read a transcript of the briefing here.

We also have another exclusive interview with UN Secretary General António Guterres, this time conducted by our colleagues at NBC News, The Guardian, and El País. Guterres, during the G7 summit, will press leaders to make good on their Paris Agreement obligations. “Can the world combat the worst of climate change without helping poor countries?” Guterres was asked  in the interview. “It’s impossible,” he replied.

NBC Nightly News will air a segment on the Guterres interview this evening at 6:30 p.m. US Eastern Time. And early tomorrow, The Guardian and El País will go live with their respective stories. CCNow encourages partners to co-publish The Guardian and El País stories; the NBC News segment and select video clips from the extended interview will also be available for partners to embed in their stories about the G7 summit.

The stories will be available for partners in this drive, which should be populated by midday today on the US East Coast. The stories are embargoed until Friday, June 11, at 1 a.m. Eastern Time, 6 a.m. Central European Time. Please use standard CCNow crediting language.

We look forward to a week of important climate news and hope you’ll take advantage of these opportunities to provide authoritative, high-profile coverage of this potential turning point in the climate emergency.

New signatories to CCNow climate emergency statement. We’re thrilled to announce that over 30 news outlets have added their name to the Covering Climate Now Statement on the Climate Emergency. These include, among others, NowThis, Rolling Stone, Earther, Indian Country Today and Teen Vogue. Email us at editors@coveringclimatenow.org to add your news organization to the list.

“This is a climate emergency.” Those are the words CBS meteorologist Jeff Berardelli used this week covering record-breaking heat across the Midwest and Northeast, as well as the historic drought in the West. He linked the extreme conditions not just to a lack of rainfall but also to human-caused climate change. Bravo to Jeff for his leadership!

**ICYMI, here’s why the words “climate emergency” are so important.**

Collapsed: President Joe Biden ended talks with Republicans over his proposed $2 trillion infrastructure package that would, in part, pave the road to a clean energy future. The president was disappointed that Republicans had only increased their proposed new investments by $150 billion after he proposed reducing his plan’s price tag by more than $1 trillion, according to the White House. Read more from CBS News.

End of the line: After 12 years of resistance by Native American tribes, environmentalists, and landowners, the owner of the Keystone pipeline, TC Energy, has called it quits on the $9 billion pipeline project. Earlier this year, President Biden repealed one of the main permits for the pipeline, which would have transported oil from Canada’s Western tar sands to U.S. refineries. Read more from Reuters.

Line 3: Activists in northern Minnesota are preparing for a “summer of resistance” in their fight against the expansion of Line 3, another $9 billion pipeline that, in this case, would carry hundreds of thousands of barrels of oil through the state’s fragile watersheds and tribal lands. On Monday, 179 protesters were arrested and charged with trespassing. Read more from The Christian Science Monitor.

Deep trouble: Over 400 new coal projects are being planned around the world that will have an annual output capacity of 2.28 billion tonnes, an increase of 30% from current production levels. Three-quarters of those projects are planned by China, Australia, India, and Russia. Read more from Reuters.

All time high: In May, carbon dioxide in the atmosphere was 50 percent higher than when the industrial age began. Scientists reported that the average rate of increase is faster than ever. Read more from NBC News

Bank on it: Top central bank leaders met last week and made their “most strident remarks yet” on using monetary policy as a tool to help lower carbon emissions globally. In this op-ed, Kate Mackenzie lays out why she believes central banks have a key role to play in combating climate change. Read more from Bloomberg Green

Paid in blood: Brazil is one of the deadliest places for people defending land from deforestation. Under President Jair Bolsonaro, who supports the exploitation of resources on native lands, land defenders are reportedly facing more violence, as observed through the story of Fernando dos Santos Araújo, who was killed earlier this year after he survived a 2017 massacre by police. Read more from Atmos

Greenwashing: Net zero climate pledges by corporations and rich governments “require little or nothing in the way of real solutions or real effective emissions cuts,” according to a new report by advocacy groups. The report adds that corporations see climate pledges as a pathway to new business opportunities, rather than as part of an earnest commitment to reducing emissions from the manufacturing of their products. Read more from Common Dreams.

Open call for climate photography. TED Countdown and Climate Visuals are partnering to build a new robust, accessible collection of photos that document the reality of climate change around the world. The deadline for submitting photos is June 30, 2021. Learn more

Event: Time for a Climate Revolution. Hosted by Global Witness, this online event will highlight the groundbreaking climate solutions needed to protect people and the planet. The president of COP26 will be speaking, along with activists and political voices from around the world.  June 16-17, 2021 12:00-1:30 pm Eastern Time. RSVP here.

Climate Central is hiring … an Editor/Writer. Here’s the job listing

If you have any feedback on this newsletter, or know of information that should be included here, shoot us a note at editors@coveringclimatenow.org. That’s all from us today. Thanks for reading, and see you next time! 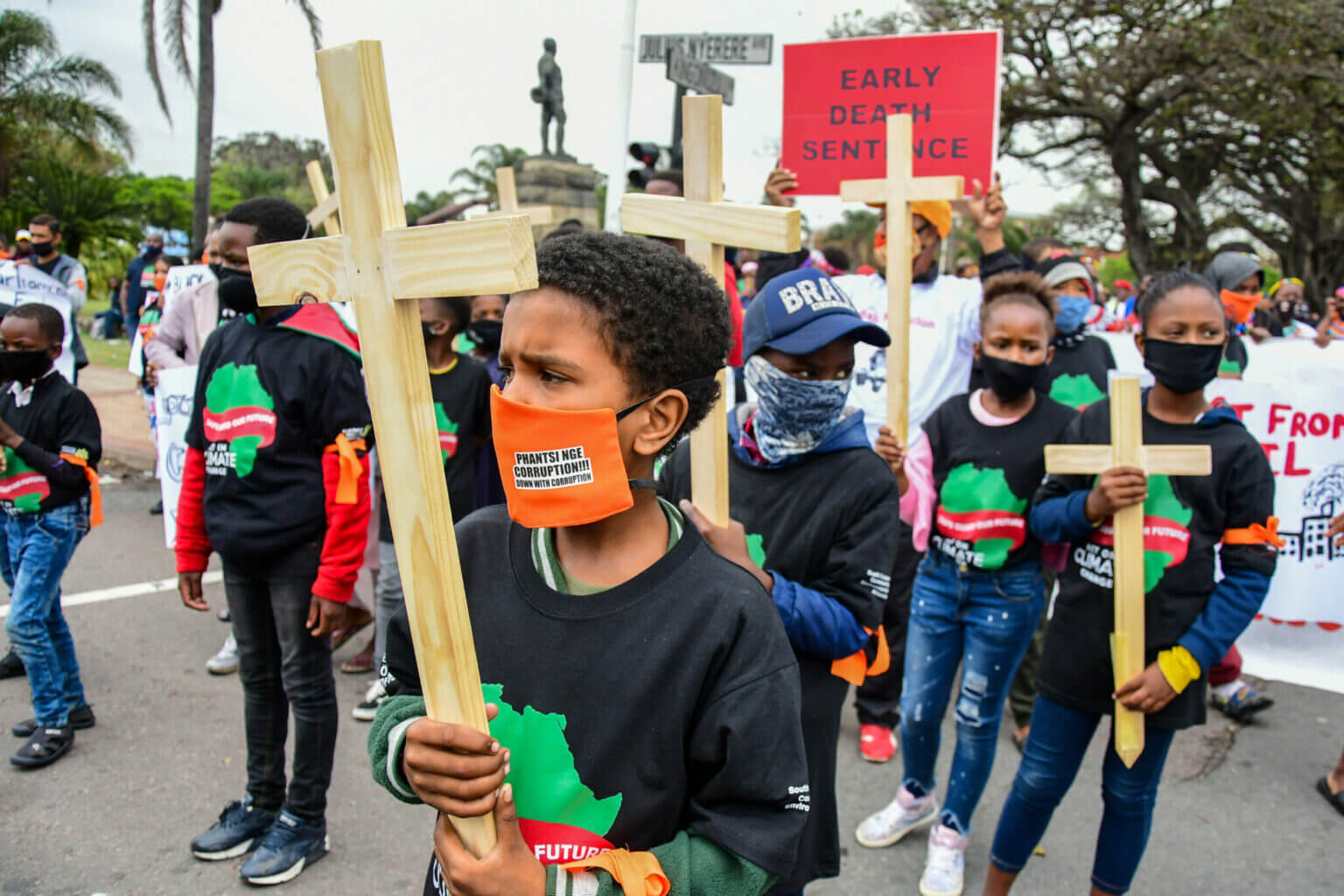 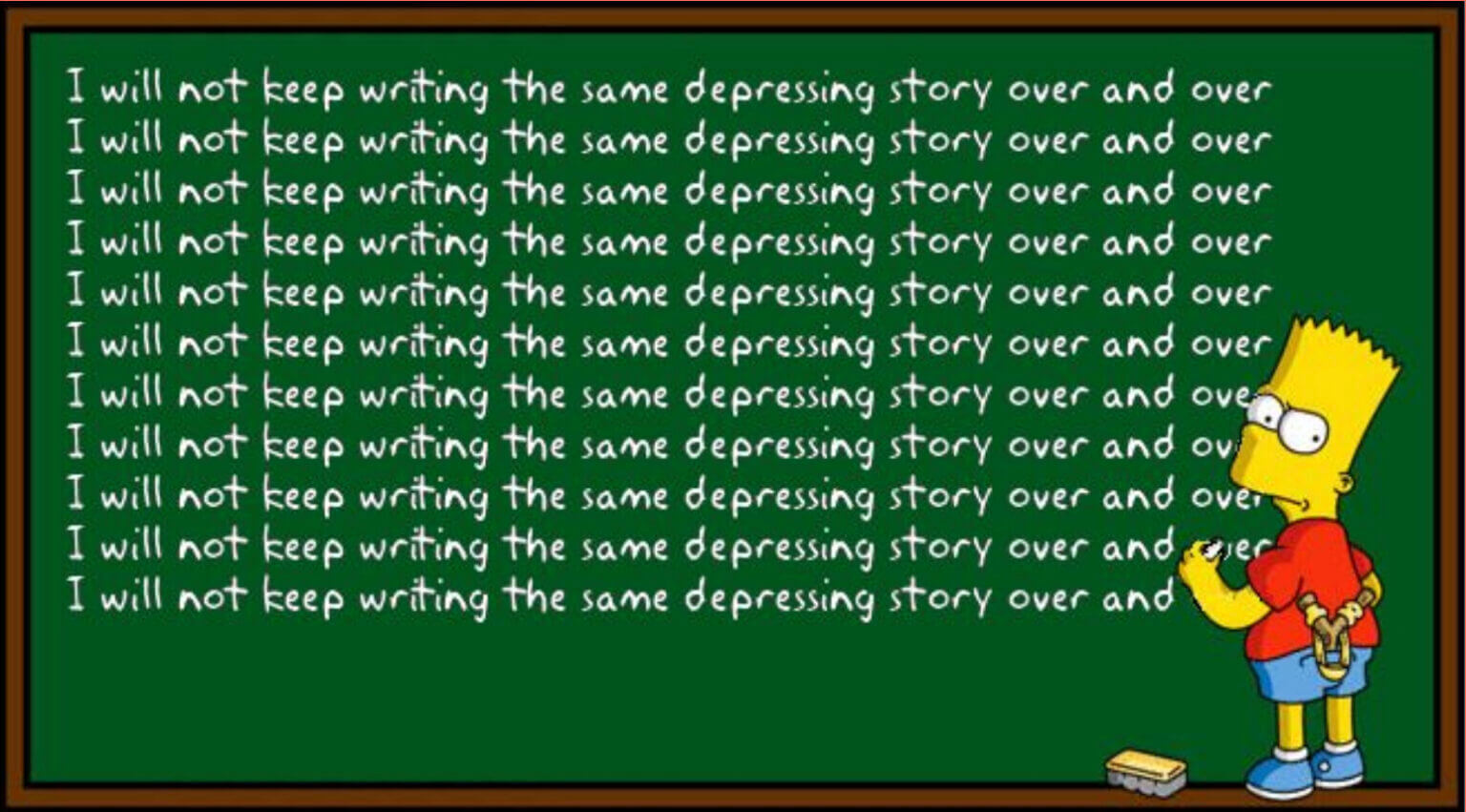