COP26 could not be more important. Kickstart your coverage now.

Audiences need to know what’s at stake. Here are three themes to get the COP26 story right. 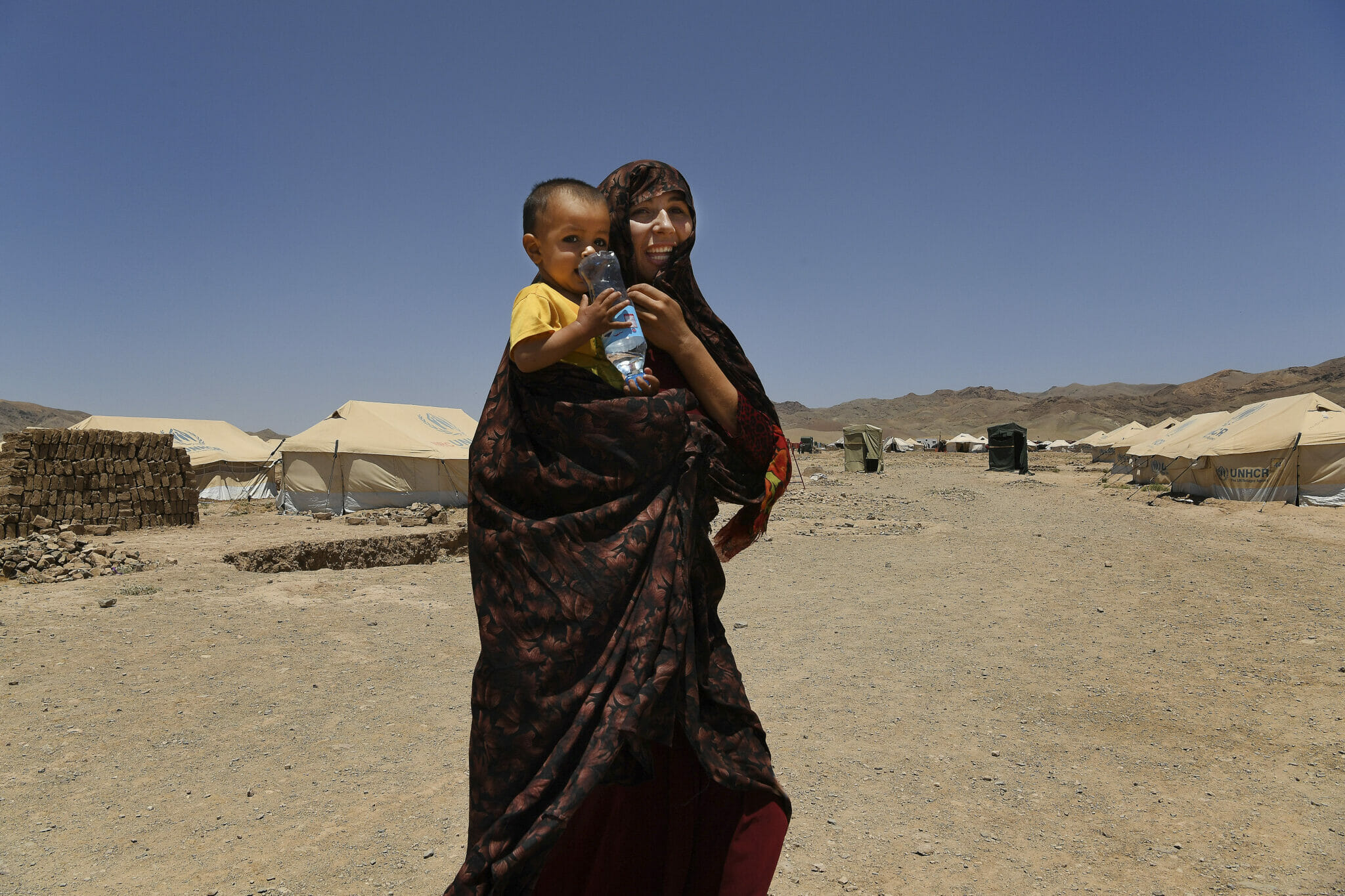 A woman returns to her temporary shelter in the Regreshan IDP camp in Herat Province, Afghanistan, on June 17, 2019. She is carrying her 18-month-old son, Suleiman, who is suffering from severe acute malnutrition, or SAM. The family left their home in Laman, Baghdis Province, because of a drought followed by a flood in which they lost all their possessions. (Photo by Kate Geraghty/Fairfax Media via Getty Images)

COP26, set for November in Glasgow, Scotland, is not just another international meeting. As journalists, our coverage of the summit should begin now. Audiences need to know the summit is coming and that the world’s scientists say it’s now or never for governments to reach an agreement for reining in global temperature rise.

Last week, Covering Climate Now announced “Code Red: Countdown to COP26,” our effort between now and the summit to help journalists nail this story. We’ll offer “Talking Shop” webinars, frequent commentary, and story recommendations, culminating in our next joint coverage week, October 31 to November 6, the first (and quieter) week of COP26. Through all of this, we’re encouraging journalists to focus on this simple but essential question: “What’s at stake?”

We recommend framing your coverage around these three themes:

Let’s be real: Chances are if you ask friends or many of your colleagues about COP26, they’ll have no clue what it is. So, for many newsrooms, an explainer might be a good start—and it’s not too soon, even though the summit is nine weeks out, to begin orienting audiences to it now. The three themes should then provide a strong foundation for a range of creative reporting and storytelling. Don’t forget: Although COP26 is a global summit, there are local impacts, no matter where you live—meaning this is a story for every newsroom on the planet.

We’ll announce more details on the specific events we have planned soon, so stay tuned!

Unprecedented. After four years without rain, Madagascar is facing the world’s first “climate change famine.” People have been forced to rely on insects and cactuses for food, and over 500,000 children are in danger of suffering from acute malnutrition. “These people have done nothing to contribute to climate change,” said Shelley Thakral, of the UN World Food Program. “And yet they’re bearing the brunt of climate change.” From BBC News…

Filling the climate void. Afghanistan is ranked sixth in the world of countries most impacted by climate change, according to the Germanwatch Global Climate Risk Index. Agriculture is a staple for many Afghans, but over the years, floods, droughts, crop failure, and livestock deaths, combined with distrust in government, have enabled Taliban recruiting. From CBS News…

Drier and wetter. Using data from the National Oceanic and Atmospheric Administration, The New York Times mapped changes in annual precipitation across the US over three decades. While the Eastern US has seen more rain, the West has experienced a significant decrease in precipitation, consistent with scientists’ expectations of the changes global heating will bring. From The New York Times…

17 inches. That’s the amount of rain that fell in parts of middle Tennessee Saturday, leading to flash floods and at least 21 deaths. Some died while attempting to drive to safety as floodwaters surged. From The Washington Post…

Some good news. With little collective action by world governments to phase out fossil fuels, Costa Rica and Denmark are taking matters into their own hands. The pair are working to form an alliance of countries committed to eliminating oil and gas production, as well as ending permits for new exploration. The Beyond Oil and Gas Alliance is set to launch in November, at the COP26 summit. From Reuters…

And some satire. The recent IPCC report not only made front page news but some inspired editorial cartoons. Secretary General António Guterres’s “code red” framing was the focus of some, while the US’s slow-rolled climate action was a target for others. Salvador Dali’s ‘The Persistence of Memory’ was even in the mix. (Can you guess how?) From Yale Climate Connections…

For partner outlets: to submit stories for sharing, please use this form. Instructions for republishing and the full list of stories available for republication can be found in our Sharing Library.

Coverage opportunity. The International Union for Conservation of Nature’s “World Conservation Congress” takes place from September 3 to 11 in Marseille, France. Indigenous leaders from around the world will meet with French President Emmanuel Macron and various climate and biodiversity officials from the EU and US. New research on Indigenous communities’ vital role in protecting the Amazon is set to be released, along with a plan for reducing deforestation and biodiversity loss. Learn more here…

Jobs. The Guardian is looking for a New York-based senior reporter to cover environmental justice. The Arizona Republic is hiring a climate news reporter. The Boston Globe seeks a web producer for its climate change desk. And The Independent is hiring a climate correspondent in London.

Thanks for reading, and see you next time!