COP26 Fell Short: Coverage From Here Doesn’t Have To 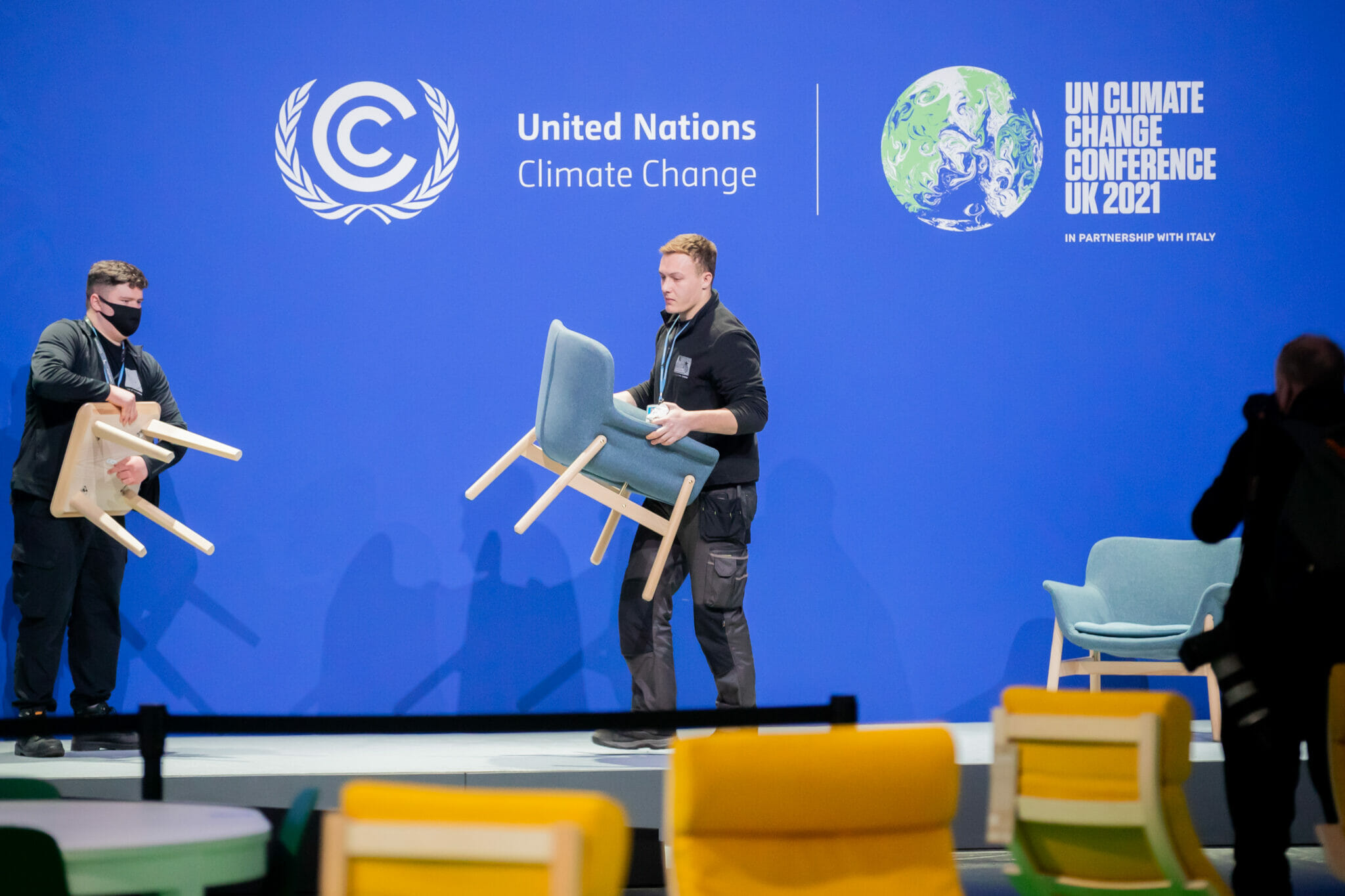 Staff clear furniture from a stage at the UN Climate Change Conference COP26. For two weeks in Glasgow, around 200 countries wrestled to limit warming and come to an agreement. (Photo by Christoph Soeder via Getty Images)

“It’s impossible to be happy about COP26’s outcome,” Mark Hertsgaard, Covering Climate Now’s executive director, wrote at the international climate summit’s conclusion. “Virtually every country said the Glasgow Climate Pact was less than what it wanted, and island nations in particular were furious … but the pact was not an irredeemable failure.”

Climate activists from all around the world blisteringly critiqued COP26’s outcome, using words like “failure” and “betrayal” and noting that the world remains on track for a disastrous 2.4 degrees C of temperature rise above pre-industrial levels. Yet, undeniable progress was also made in Glasgow. There is now broad consensus that global heating must be limited to 1.5 degrees C, versus the previously stated 2 degrees C.

The need to protect biodiversity as part of these efforts got long-belated recognition. Reducing methane emissions, a scientific imperative for hitting 1.5 degrees C, became part of global climate commitments for the first time. Developing nations were successful in elevating the issue of “loss and damage” — which refers to irreversible impacts — even if wealthy countries led by the United States agreed only to discuss the subject rather than provide actual compensation. Perhaps most significantly, countries agreed to bring updated climate action plans to the table at COP27, next year in Egypt, rather than waiting until 2025, as previously scheduled.

The question now is whether humanity, and especially the world’s biggest economies and most powerful interests, will escalate commitments and action over the next 12 months — as must happen to avoid the worst of the climate emergency. Critical to success will be how strongly the media and the rest of civil society press the case for ambitious action.

For journalists, keeping the climate story front and center and holding powerful interests accountable are key. The Glasgow Climate Pact counts as progress, even as it falls well short of meeting the moment. How do governments, companies, and financial institutions plan to implement the commitments they made at Glasgow? If those commitments don’t align with science, what will those entities do to improve them? Opportunities for creative, and outright bad-faith accounting of emissions abound — as do opportunities for journalists to call them out. The enduring slowness of governments also puts pressure on civil society — grassroots activists, watchdog groups, civic, business, religious, and educational leaders, and everyday citizens — to do its part, pressuring political and business leaders to do better. For journalists, that’s an opportunity to educate audiences and make decisions that were taken in Glasgow relevant and accessible.

At Covering Climate Now, we’re still processing what happened in Glasgow and what it means for defusing the climate emergency—but we look forward to standing beside our partners and newsrooms in general in the coming months as we all get to work.

Enjoy the pie! We want to wish everyone a Happy Thanksgiving. Covering Climate Now will be closed for a break, so expect our next newsletter the week after the holiday. We hope you’ll find peace and gratitude for the land, nature, and people that support us all.

‘Historic’…success? COP26 President Alok Sharma said that 1.5°C is alive and that the achievements of this COP are “historic.” But in the end nobody got what they wanted. Bitter disappointments, 11th hour changes, and a tearful Sharma show the challenges of reaching an agreement between almost 200 countries. From Alex Thomson at Channel 4…

Inadequate. The final text resulting from COP26 negotiations, known as the Glasgow Climate Pact, is not robust enough to require the rapid transition away from fossil fuels and endless growth, according to researchers. Specifically weak were the agreements on coal, climate finance, loss and damage, and Indigenous peoples’ rights. From Ehsan Masood and Jeff Tollefson at Nature…

Conference of Profiteers? Some Black, Brown, and Indigenous activists say the “net-zero” focus of COP26 privileges the industries most responsible for the climate crisis. They say the framework excludes the voices of frontline communities, ignores the harm of certain policy decisions, and ultimately avoids taking responsibility for centuries of injustice. From Sonali Kolhatkar at Yes! Magazine…

Cancelled. A coalition of major gas exporters has denounced the “ongoing reductionism and cancel culture on hydrocarbons,” in an official statement submitted to the United Nations. Earther’s managing editor, Brian Kahn, is having none of it in this tongue-and-cheek article debunking the Gas Exporting Countries Forum claims. From Brian Kahn at Gizmodo…

Mess with Texas. The extreme winter storm in February 2021, as well as a history of extreme heat, droughts, and wildfires, shows that Texas is not immune to serious climate impacts. Yet this investigation shows that several state agencies, commissions, and departments have no plans or policies regarding climate change. From David Schechter and Chance Horner at WFAA…

You can’t beat climate change without tackling disinformation – The Nation

Later today! The All We Can Save Project and Project Drawdown will hold a session specifically designed to help you build community and engage more deeply with climate in your workplace. November 18, 4:30 pm Pacific Time. RSVP here. 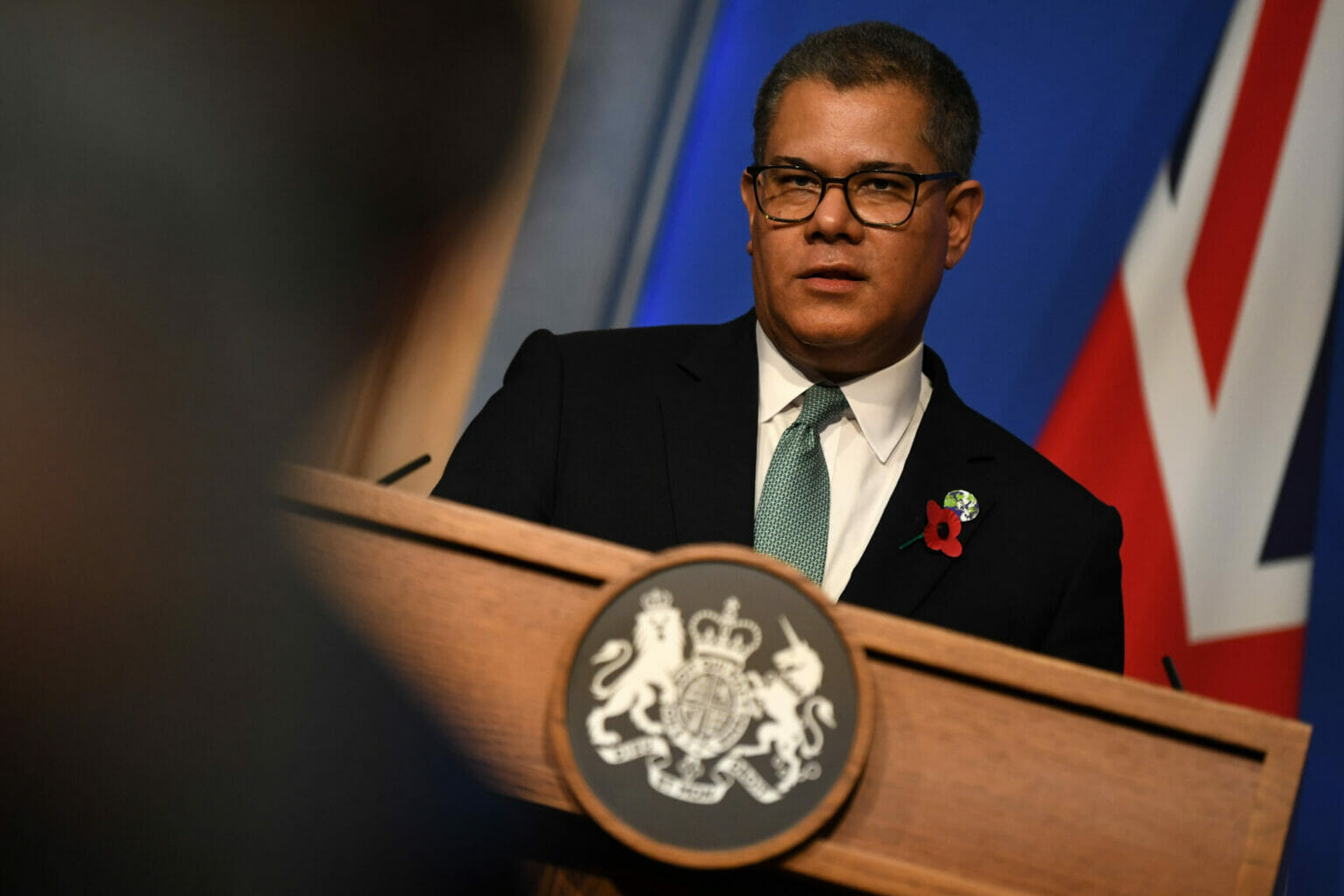 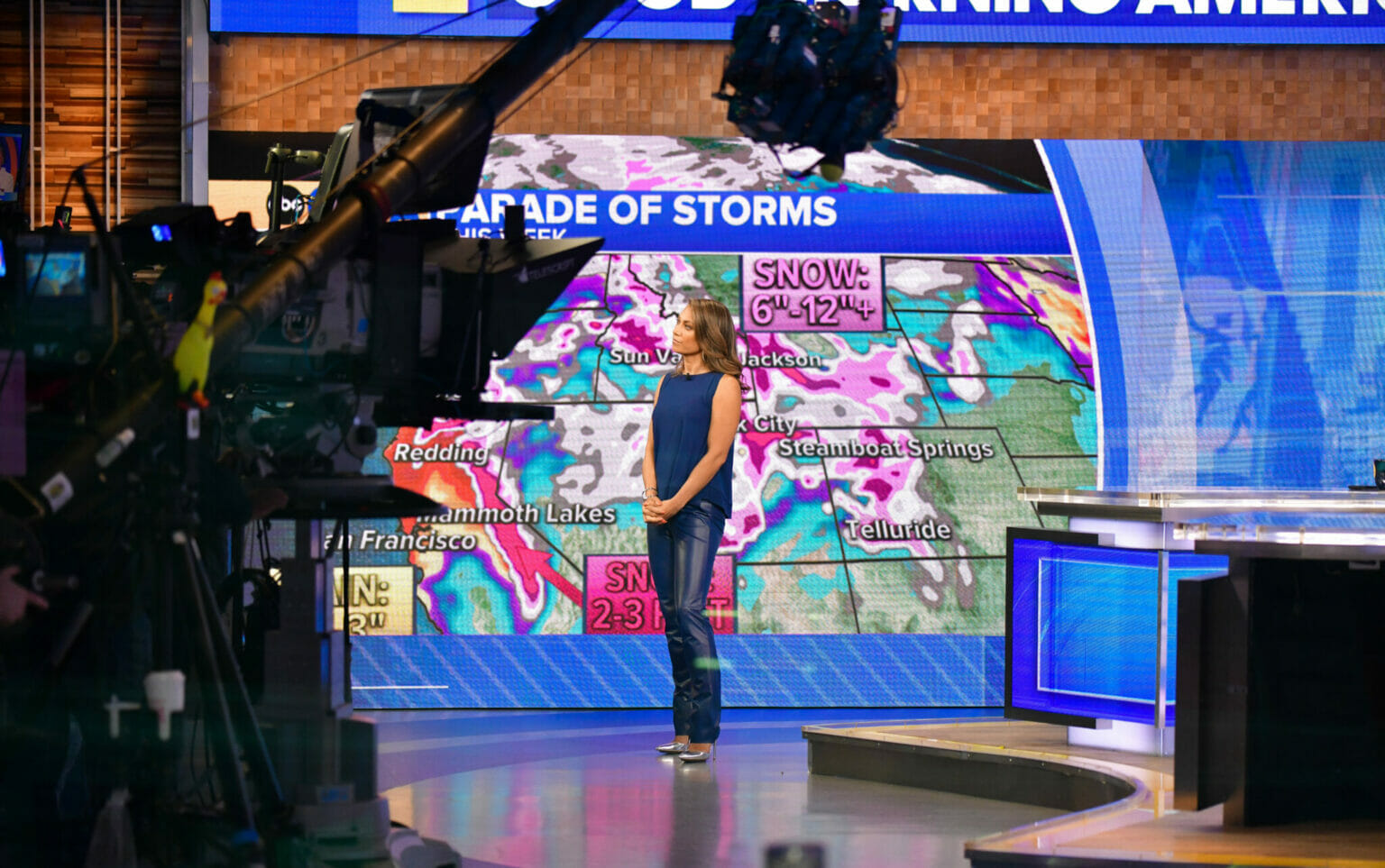 The broadcast news outlet is also launching a new, specialized climate unit, as well as a month-long climate change series on the eve of the COP26 summit.