The latest in climate reporting, including our media analysis, professional opportunities, and the week's essential climate news. 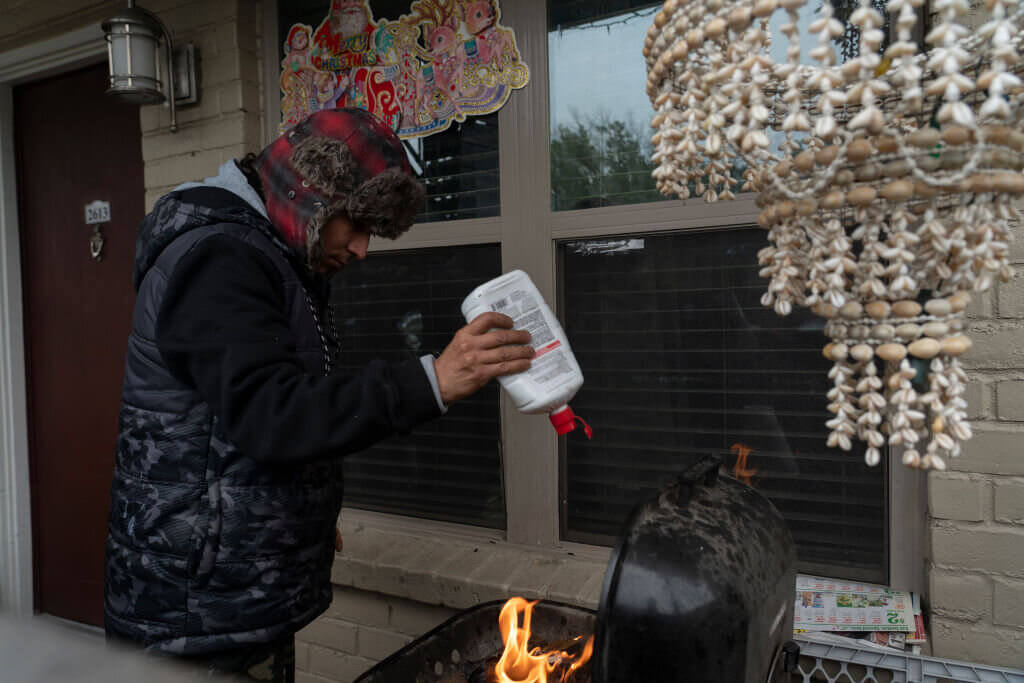 Texas had only just frozen over. In the wake of a devastating winter storm, millions in the state were without power and struggling to find warmth. They boiled snow for water; some were dying. And against all evidence, the anti-climate political right was grousing about windmills and blaming a Green New Deal that doesn’t yet exist.

“Unbeknownst to most people, the Green New Deal came to Texas,” Tucker Carlson said on February 16 on Fox News. “The power grid in the state became totally reliant on windmills. Then it got cold, and the windmills broke, because that’s what happens in the Green New Deal.” An hour later, on Hannity, routinely America’s most-watched cable news program, Texas governor Greg Abbott said his state’s predicament “shows how the Green New Deal would be a deadly deal for the United States of America.” In the days that followed, similar disinformation was repeated across Fox News and Fox Business programming, on competitor right-wing outlets OAN and Newsmax, in right-leaning newspapers, and in myriad statements by Republican elected officials.

These claims were nonsense. Texas runs primarily on natural gas, and it was frozen pipelines and wells—amid an energy infrastructure not designed to withstand cold—that were most responsible for the blackouts. Moreover, in the spirit of deregulation, state officials years ago had isolated their grid from the rest of the country, meaning Texas was unable to import electricity from elsewhere to keep the lights on. Some windmills did freeze, but only because they weren’t winterized—not due to an innate vulnerability of windmills in general.

In the reality-based press, experts defended renewable energy, and outlets issued explainers debunking Republican assertions. As the saying goes, though, a lie gets halfway around the world before the truth gets its shoes on. And so a story that should have been about Texans in need and a harrowing warning of the climate emergency turning life upside down was instead given over to a political mud fight—and that’s when it wasn’t reduced to a story about the high-flying misadventures of Ted Cruz.

Of course, disinformation is nothing new to the climate story. Exceptional investigative journalism has shown that fossil fuel companies knew as far back as the 1970s that their operations threatened humanity’s future, but they kept silent to keep their profits flowing. Now the fossil fuel industry is decidedly on the defensive—losing in the court of public opinion, shedding investors, and facing a new US president who vows expansive climate action. It’s no surprise the industry and its backers are again turning to disinformation. Judging by the chorus that followed the Texas freeze, they’re willing to get louder.

The question is, what can, and should, journalists do about that?

For more on how to address climate disinformation in your reporting, check out:

And CCNow partner Grist wrote recently about the particularly noxious combination of memes and fake news in the climate information space.

For more on Texas Republicans’ backlash to green energy, read Naomi Klein in The New York Times opinion pages. Repeatedly, Klein explains, Republicans at the national level and now in Texas use disasters, when people are hurting and afraid, to push forward “unpopular free-market policies; these enrich elites but ultimately fail to serve the broader public—what Klein refers to as “the shock doctrine.” At a time now when Texans across the state are crying out for needs that the Green New Deal promises to meet—jobs, justice, and resilient energy—Republicans are falling back on the doctrine again to fight for continued dependence on oil and gas.

TOMORROW: Talking Shop. Want to boost your news team’s climate chops but unsure where to start? Our next Talking Shop webinar is designed to get journalists on every beat up to speed. We’ll offer basics on the science, politics, and economics of climate change, as well as ideas for how to tell human-centered stories that will engage audiences. We’ll flag common mistakes to avoid and best practices to emulate. And we’ll highlight lessons from media coverage of another all-encompassing emergency, the Covid-19 pandemic. The webinar is set for February 25 at 12pm Eastern time. Check out the panelists and RSVP here…

ICYMI. Last week, David Schechter, of WFAA-TV in Dallas, wrote for Covering Climate Now about his journey to reporting confidently on the climate crisis. “On the rare occasions when I absolutely had to report about climate, I found myself defaulting to both-sides-ism—saying that ‘climate change is controversial’ and giving both sides equal weight in my story,” he wrote. “With a little training, I’ve found, it’s possible to see how climate change intersects with important local issues.” Schechter’s story, like all Climate Beat columns, is available for republication by CCNow partners.

April Joint Coverage Week. Per our announcement earlier this month, CCNow’s next joint coverage week is set for April 12-22, in the lead up to Earth Day and President Biden’s global climate summit. Our theme of coverage is “Living Through the Climate Emergency.” In addition to reporting the science that calls today’s circumstances a climate emergency, we encourage partners to run human-centered stories drawn from every beat in the newsroom. To help journalists prepare, we’ve created a new reporting guide, which unpacks what we mean when we say that climate is a story for every beat. Stay tuned for more details!

For partners, to submit stories for sharing, please use this Google Form. As always, instructions for republishing and the full list of stories available for republication can be found in our Sharing Library.

THIS WEEK: SJN’s #BlackClimateWeek. CCNow partner the Solutions Journalism Network, to help shine a light on the innovative climate solutions and environmental justice work that Black people have led for years, is hosting #BlackClimateWeek. From February 22-28, SJN is highlighting critical individuals and “solutionaries” who are “helping create the future we all want.” Learn more here…

Columbia U’s Energy Journalism Initiative applications open. The 2021 Energy Journalism Initiative seminar, hosted by Columbia University SIPA’s Center on Global Energy Policy (June 15-18, virtual), is accepting applications through March 1. Each year, the initiative aims to “invites energy and environment journalists from around the world to participate in a seminar to learn about energy and environmental issues from experts in government, industry, and academia. The interactive program seeks to inform journalists’ understanding of these nuanced issues and enhance their reporting.” Learn more about the seminar and apply here…

AGU Climate Reporting Awards. The American Geophysical Union is accepting nominations for excellence in science journalism. Awards will be given for news, features, and “sustained achievement” in science reporting and storytelling. Awards submissions are open through April 15. Learn more and submit a nomination here…