“We really are out of time," the UN Secretary–General said last week. With just weeks until the Glasgow summit, there’s not a minute to waste. 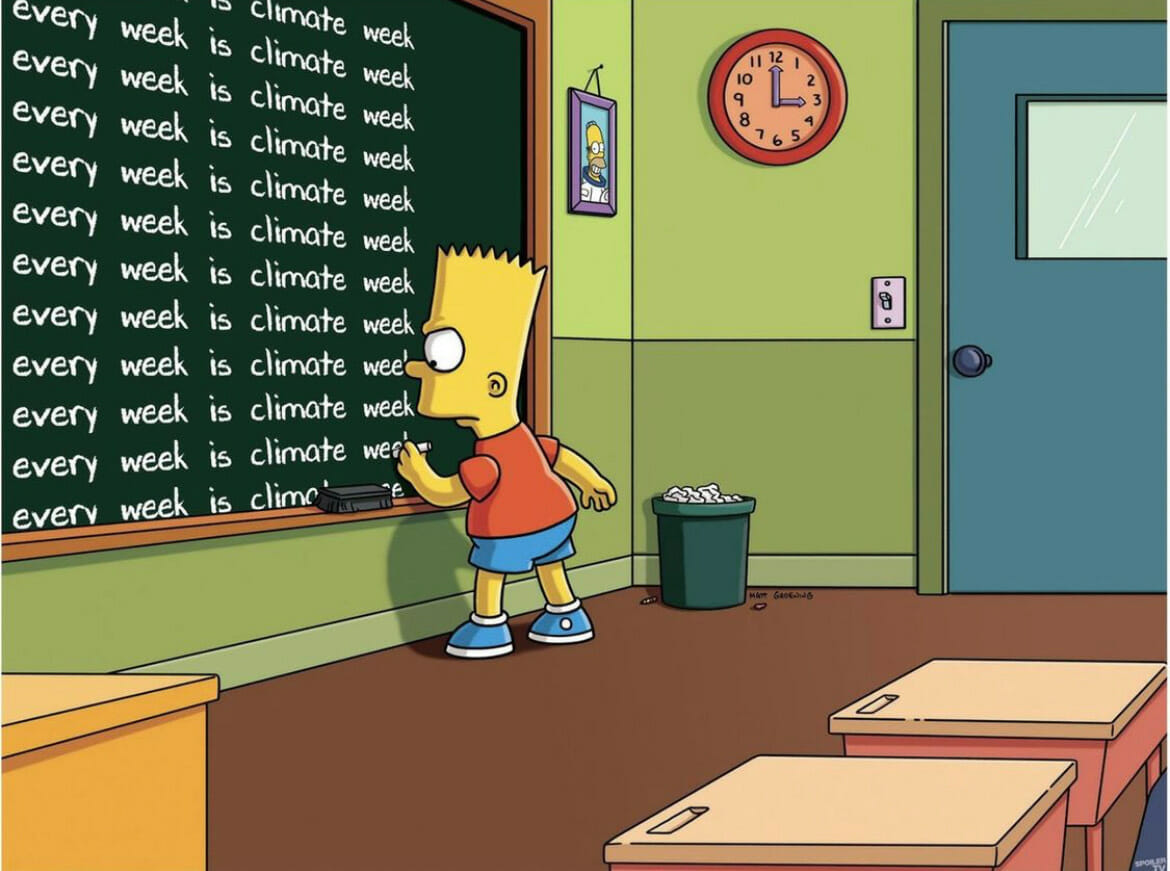 Photo by The Slow Factory

Today begins Climate Week, a packed seven days that includes the annual United Nations General Assembly meeting and youth activists’ Global Climate Strike. We hope and expect to see a surge in climate journalism. But it’s important that we as journalists treat this week as the start of a period of intensive coverage that continues through November’s UN climate summit, COP26. To get up to speed, Covering Climate Now has you covered with our COP26 explainer.

The run-up to Climate Week was marked by some very bad news: Last Friday the UN released the climate action plans of many countries, and those plans point toward a catastrophic 2.7 degrees Celsius temperature rise by century’s end. The Intergovernmental Panel on Climate Change report released in August emphasized the urgency of limiting temperature rise to 1.5 C, as endorsed in the Paris Agreement. To do so, heat-trapping emissions must fall by 45 percent by 2030 compared to 2010 levels. Instead of a 45% reduction, the plans released last Friday would see a 16% increase.

It’s impossible to overstate the severity of this news, but it’s vital to emphasize that our current trajectory is not destiny. The next days and weeks will be critical for humanity’s collective future as general debate begins at this year’s UN General Assembly and through this November’s COP26 climate summit. As journalists, it’s our job to get the story right.

Below you’ll find a few news hooks for stories during Climate Week, followed by background resources that will help you make the climate connection—before, during, and after COP26.

Also this week, keep your ears open for UN Secretary–General António Guterres in his speech to the UN General Assembly to address the insufficient climate plans announced last Friday and prepare nations for the COP26 summit. “We really are out of time,” Guterres said after the report was released.

With just 41 days until COP26, there’s not a minute to waste. The best coverage will begin now and run through the summit. Our COP26 explainer was developed with that time frame in mind. It’s essential that audiences understand the imperative of capping temperature rise at 1.5 C, how every planning body from countries to local communities can build climate justice into their action plans, and, maybe most importantly, that there are solutions, but that there are also powerful political and economic barriers standing in the way. Here’s how to make the climate connection for your audiences and here are 10 tips for getting climate stories right.