Ahead of the 2020 US elections, the public sees the urgency of the climate crisis and wants more media coverage.

By CCNow and Kyle Pope 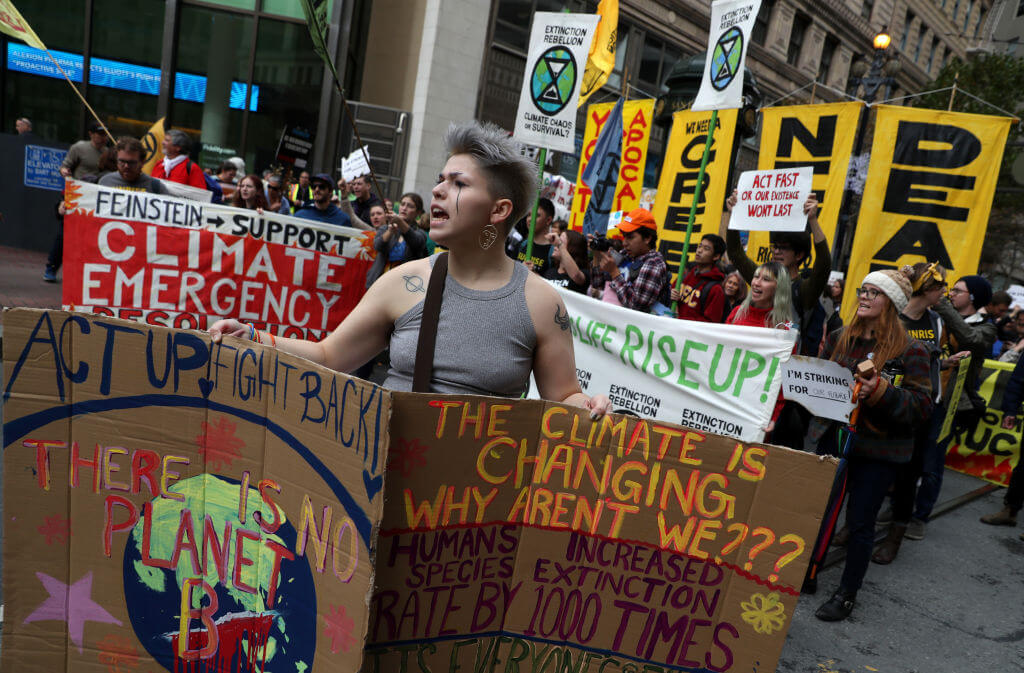 **This special edition of the Climate Beat is a column by Covering Climate Now co-founders Mark Hertsgaard and Kyle Pope. It was co-published today by The Guardian, The Nation, and the Columbia Journalism Review and is available for republication by all CCNow partners.**

TO HEAR MANY JOURNALISTS TELL IT, the spring of 2020 has brought a series of extraordinary revelations. Look at what the nation has learned: That our health-care system was not remotely up to the challenge of a deadly pandemic. That our economic safety net was largely nonexistent. That our vulnerability to disease and death was directly tied to our race and where we live. That our political leadership sowed misinformation that left people dead. That systemic racism and the killing of Black people by police is undiminished, despite decades of protest and so many Black lives lost.

Journalism is now engaged in explaining and contextualizing this moment, a frenzy of feature writing prompted by the filling of morgues and the throngs of people in the streets. Some of these pieces will be impressive; a few will win our most prestigious journalism prizes. We’ll look back at the spring of 2020 and congratulate ourselves on the central role played by professional reporters, who helped the nation navigate these crises.

But let’s save the self-congratulations. While it is true that the virus and the uprising in the streets have exposed deep injustices and inequities in our nation, none of them are new.

This summer and fall, all of these stories will crash together as Americans vote in an election that is also a decisive turning point in the overarching story of our time—the onrushing climate emergency. This summer, scientists say, will bring heat waves, wildfires, and “one of the most active” hurricane seasons on records. Protests against racial injustice may well rise along with temperatures, no doubt fueled by more videos of pain and death. In the fall, our health crisis may well increase, as the COVID-19 pandemic collides with the seasonal flu, all while the US economy continues to experience Great Depression levels of unemployment. It is to the shame of journalism if we don’t get to the root of why all of this is happening so that voters can make informed choices in November.

Only after the work of covering the disaster is done will news outlets perhaps take a moment to examine why all this is happening—why these disasters are occurring, again and again, all over the world, with increased frequency and ferocity.

IT’S WORTH REMEMBERING the media hand-wringing that followed the election of Donald Trump in 2016. Mainstream news outlets, out of touch and understaffed, reported largely from inside their own establishment bubbles, and few in those confined spaces believed Trump had a shot at winning the presidency. So the press missed the story. It didn’t understand the stirring of disaffection in the country; it underestimated the racism and economic fear that would drive white people to support Trump; it misread polling and cherry-picked data to convince itself that a Trump loss was inevitable.

In a presidential election, the media’s job is to understand the electorate, not predict the outcome before voters have cast ballots. Four years ago, reporters and editors became too obsessed with political gamesmanship, personality, and trivia to do the media’s primary job. The result was a humiliating defeat for journalism and an acceleration of the mistrust of the press that already existed.

At the start of the 2020 election year, despite pledges by newsroom leaders to do better, the same tendencies showed. Trump was defining the narrative. Structural chasms in the country were ignored. The Democratic field was reduced to caricature.

The fact that it took a pandemic, police killings, and mass protests to focus mainstream journalistic attention on these issues is damning, and must prompt a reappraisal of how we work. Why weren’t newsrooms obsessing about these issues before the world imploded this spring? Why must we always be reactive to injustice, instead of proactively highlighting it? Isn’t it the job of journalism to ferret out wrongdoing even if people in power want it to remain hidden? Why aren’t we advocating for our audiences and their lives?

Which brings us to the climate crisis. This summer, wildfires will ravage the American west. Deadly heat will pound the global south. Hurricanes will march up the Atlantic coast. Homes, and perhaps whole communities, will be lost. Crops and people will die.

If the journalistic status quo holds, news organizations will respond by going into disaster-coverage mode, mobilizing their dwindling staffs to cover the crisis as it unfolds. They’ll take astonishing pictures of the destruction and hear heroic stories from survivors and rescue workers. They’ll tally up the economic costs and run heartbreaking profiles of families who died in their swimming pools while trying to escape the fire or children who were washed out to sea. And then, only after the work of covering the disaster is done, will they perhaps take a moment to examine why all this is happening—why these disasters are occurring, again and again, all over the world, with increased frequency and ferocity.

There’s a pattern here. The news business waits for news to happen when, in fact, we shouldn’t need another Black person to be shot to start reporting on racism in the police force. Nor should we need yet another Category Five hurricane to flatten yet another community before we sound the alarm that the planet is on the brink of climate collapse.

These are deep, structural stories that are all linked. Novel viruses like COVID-19 often begin in wild animals, many of which are coming into closer contact with humans because their habitats are being destroyed by deforestation, mining, and other extractive activities.  The first line of infection is often among disadvantaged communities. The heat waves, droughts, storms, and other effects of rising temperatures almost always punish the poor and people of color first and worst.

WHERE ARE WE in covering the climate-emergency story? Not remotely close to where we should be. The Columbia Journalism Review and The Nation, in partnership with The Guardian, co-founded Covering Climate Now a year ago because we were convinced that most newsrooms were not doing enough to tell the climate story. Over the past year, we have made impressive progress. Our partners now include more than 400 news outlets representing more than 50 countries, with a combined audience of roughly 2 billion people. Our collaboration has done weeks of joint coverage that yielded thousands of additional climate stories. During our first week of joint coverage, last September, Google searches for the term “climate change” were the highest in history.  And some news outlets that are not Covering Climate Now partners also have upped their game, hiring dedicated climate editors, adding and deepening climate coverage, and including climate among the key issues in the 2020 elections.

While we have been heartened (and grateful) to see so many of our colleagues join this effort, we still don’t sense the urgency that the climate emergency demands, especially as the 2020 election approaches.  Our window to prevent catastrophe is closing fast. In some respects, it has already shut: at least three feet of sea level rise is inevitable by 2100, and possibly much sooner, scientists say, compelling the relocation of millions of people and trillions of dollars worth of coastal infrastructure around the world.

The public sees the urgency and actually wants more climate news. Even during the peak of coronavirus coverage in April, some of the world’s biggest news organizations told us that their audiences had little appetite for stories that weren’t about the virus, with one exception: climate change, which continued to generate significant traffic.

Journalism now has a window of opportunity to get these interconnected stories right.  Editorially, we are urging our partners—and journalists everywhere—to play the climate story bigger. It’s not enough to do one story on one candidate’s position on climate change and be done with it. Climate change should be a continuing part of the narrative about any candidate’s campaign, just as the candidate’s positions on COVID-19, the economy, and health care are. The word “climate” should be included in headlines and broadcast scripts often enough that the public can’t miss it.

Above all, we hope newsrooms will remember the big picture and cover the real horserace. It’s easy for campaign coverage to get mired in minutia. The contest between Republicans and Democrats is of great interest, of course, and the outcome couldn’t matter more. But the horserace that matters most is humanity’s collective race to defuse the climate emergency, which means strong action must begin now, not four years from now. What’s ultimately being decided in these elections is nothing less than whether all of us are going to have a livable planet 20 years from now and beyond. If the press is most comfortable chasing fires and sending reporters into disaster zones, so be it. But newsrooms should know: the disaster is here. It is raging now. Our job is to cover it with the urgency it deserves.

* When republishing this story, CCNow outlets are asked to append the following tagline: “This story originally appeared in [insert name of original news outlet, with a link to the outlet’s homepage] and is republished here as part of Covering Climate Now, a global journalistic collaboration to strengthen coverage of the climate story.” You can find the CCNow logo here. Further detailed information on CCNow content sharing, including answers to frequently asked questions by our partners, can be found here.