Nations Are Nowhere on Their Climate Commitments, and Too Few Journalists Are Holding Them Accountable

At a time of many crises, new reporting from the Guardian shows just how far off-target on climate we’ve become. 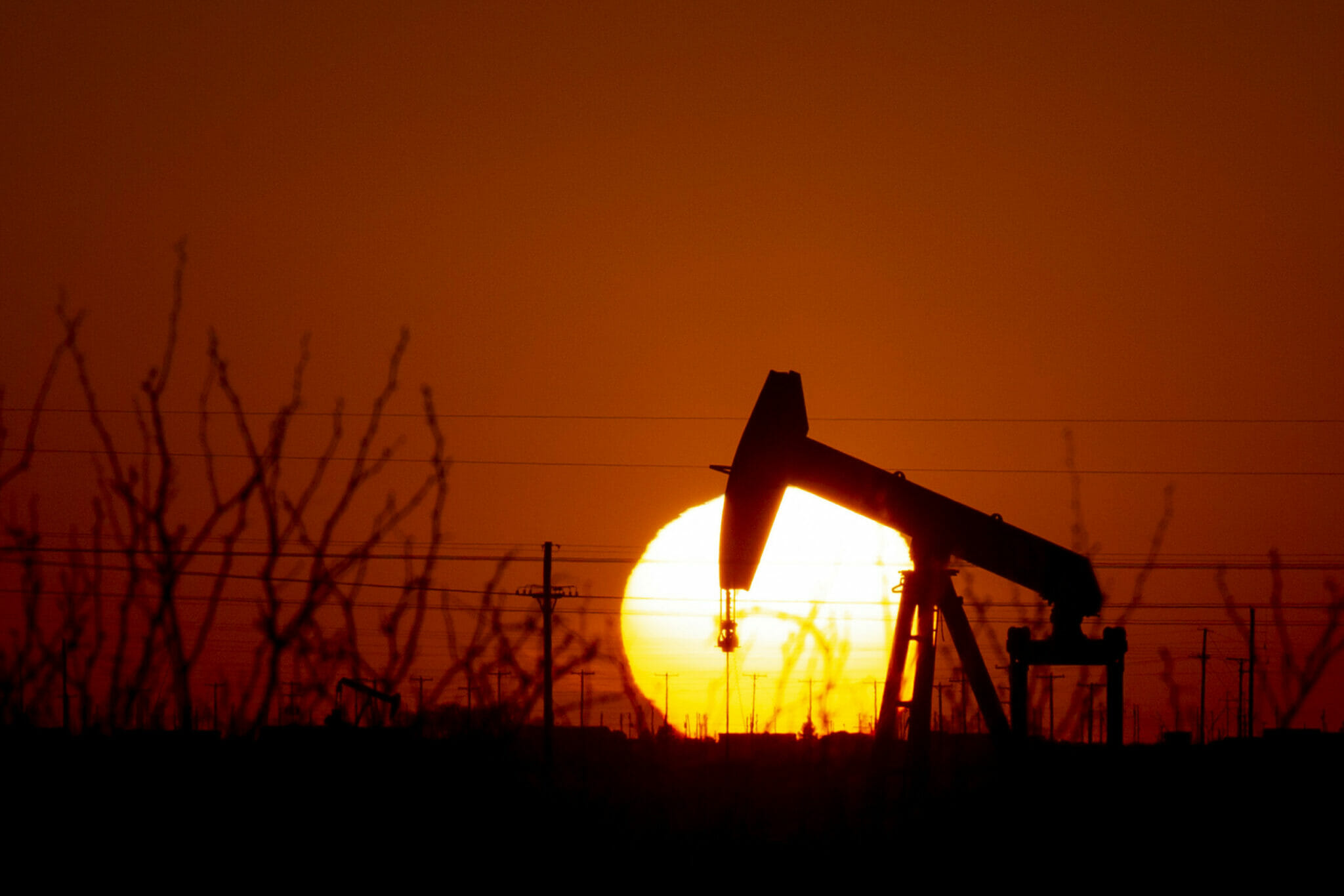 A pump jack operates as the sun begins to set in southeastern Texas. (Photo by Jacob Ford via AP)

Six months ago in Glasgow, Scotland, world leaders at the COP26 climate summit hailed themselves for “keeping alive” the Paris Agreement goal to limit global warming to 1.5 degrees Celsius. Skeptics noted, however, that few countries were walking the walk vis-à-vis their climate rhetoric — and if the 1.5-degree-C target was alive, it was “on life support,” in the words of UN Secretary-General António Guterres. To make good on their COP26 commitments, global leaders would need to act fast, with purpose and precision.

Flash forward to the present, and a raft of separate crises—a stubborn and frequently resurgent pandemic; Russia’s invasion of Ukraine; inflation; and, in the US, profound attacks on long-standing abortion rights—would seem to have stalled whatever momentum came out of COP26. On Monday, Alok Sharma, the UK minister who presided over COP26, was in Scotland to mark a half-year since the summit. There, he acknowledged how dramatically the world had changed in a short time, but pleaded that new crises “should increase, not diminish, our determination to deliver on what the world agreed here in Glasgow.” Russia’s war in particular, Sharma added, had thrown “into stark relief” the need for clean energy.

Indeed, focus on additional crises is well-placed, but it shouldn’t come at the expense of attention paid to climate. So, with slim time to act, where exactly is the world on 1.5 degrees C, which scientists call imperative to preserving a livable planet? And have journalists held leaders accountable for the promises of COP26?

Distressingly, recent work by the Guardian finds that, in the months since COP26, countries have either made little progress or backslidden on several key metrics. Money promised by rich nations to developing ones to address climate change remains outstanding; demand for coal, which leaders in Glasgow pledged to “phase down,” is growing; and deforestation, which leaders agreed to rein in, has soared.

A blockbuster investigation last week painted an even grimmer picture. The story, by Guardian reporters Damian Carrington and Matthew Taylor, detailed how the world’s top oil and gas companies have quietly planned and implemented massive expansions of fossil fuels that, if allowed to go ahead, will easily cause the world to smash through the 1.5-degree-C threshold. The plans include 195 “carbon bombs”—projects that, in their lifetimes, will unleash upwards of 1 billion tons of carbon dioxide—whose combined carbon footprint will be equivalent to 18 years of global emissions at today’s record rates. At a time when emissions need to be cut in half by 2030 for the world to have even a chance of meeting 1.5 degrees C, per the UN Intergovernmental Panel on Climate Change, the oil and gas companies are, as the Guardian put it, “placing multibillion-dollar bets against humanity halting global heating.”

Top offenders in the Guardian story include ExxonMobil, Chevron, Shell, and BP, as well as state-run firms like Qatar Energy, Russia’s Gazprom, and Saudi Aramco. That many of the same companies who knowingly drove the climate crisis would behave so recklessly is little surprise, perhaps. But the investigation is nonetheless a striking reminder of what the fossil-fuel industry will get away with, in the absence of robust government oversight and action.

For journalists, it’s a useful wake-up call. Amid everything else going on in the world, leaders might excuse themselves for moving climate to the backburner, but the press has no obligation to let them, much less to follow suit. Instead, in recent months, news outlets have trended troublingly towards old form: While other crises are rightly met with an all-hands-on-deck approach, coverage of the climate crisis, by comparison, continues to lag.

The good news is that the Guardian’s exposé opens wide doors to news outlets who would advance the story. With these new “carbon bombs” as direct evidence of leaders’ failures to get serious on climate, how they square the projects with their climate promises should be a daily question for government officials. Every year, world governments subsidize the fossil-fuel industry to the tune of some $500 billion. (A recent International Monetary Fund tally, which factored in the health and environmental costs of fossil fuels, pegged the total much higher, at $5.9 trillion.) With the International Energy Agency estimating governments need to boost clean energy spending to at least $4 trillion annually by 2030 in order to set a course for net zero, how can any politician stand behind spending priorities so far out of whack? Journalists might also situate the new “carbon bombs” in a local context. For example, are the communities in the vicinity of the projects aware of the death sentence they carry for the world’s climate?

Notably, it’s the US that is home to the most potential new emissions identified by the Guardian; twenty-two drilling and fracking operations—in the Gulf of Mexico, the southwestern Permian Basin, Colorado, and elsewhere—will account for one-fifth of emissions from the new projects, equivalent to nearly four times the world’s current annual emissions. Of course, it’s also the US, along with other Western countries the Guardian calls out (Canada, Australia, the UK), that routinely portrays itself as a climate leader on the world stage—a narrative that receives less scrutiny than it should.

Amid the pandemic and war in Ukraine, governments around the world have shown that they can act quickly and at scale when they want to. News organizations have done likewise—and, what’s more, have demonstrated an ability to keep up with more than one global crisis at a time. On climate, then, the question clearly is not one of ability but of attention and will.

When he spoke Monday in Glasgow, Sharma warned that failure by governments to ultimately deliver on COP26 promises would amount to “an act of monstrous self-harm.” As much might be said for journalists, in this case, if we fail to hold feet to the fire. Six months from now, leaders will meet again, in Sharm el-Sheikh, Egypt, for COP27. They’ve pledged to muster stronger climate action plans than were brought to the table last year, which is partly why Glasgow attendees could claim to have “kept 1.5 alive.” Those plans are in the works now, not later, making now the time for journalists to shine a light. If the Guardian’s reporting is any indication, we all have a long way to go.