Here are a few of the stories that caught our eye from last week's joint coverage week focused on the climate emergency. 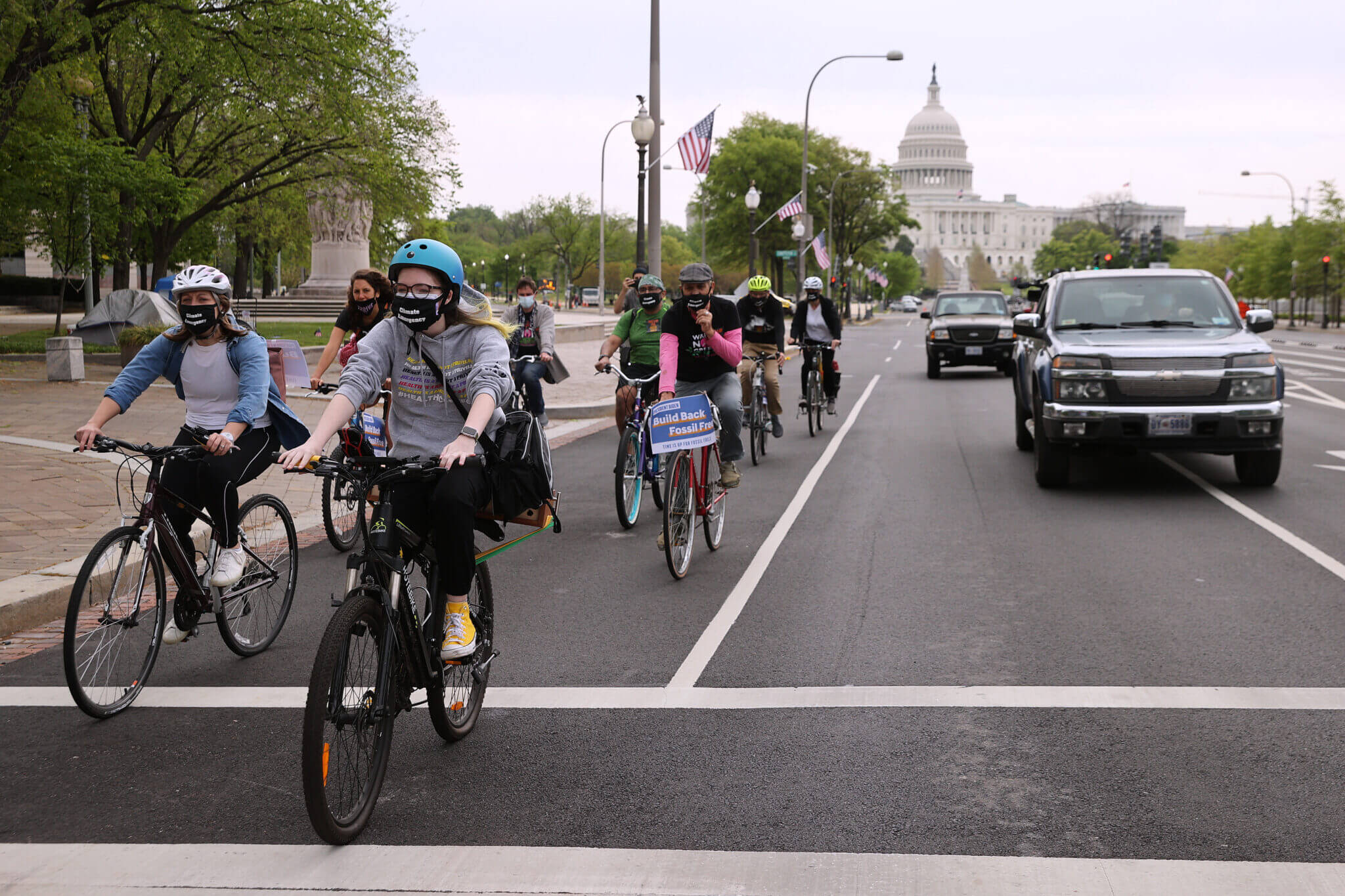 Climate activists ride their bicycles from the U.S. Capitol to the White House while demonstrating against the use of fossil fuels on April 21, 2021 (Photo by Chip Somodevilla/Getty Images)

From April 12-22, in the run up to Earth Day, Covering Climate Now partners ran human-centered stories to illuminate both how people from all walks of life are experiencing the climate emergency, and how all of us can survive it by pursuing the solutions at hand. Here are a few of the pieces we loved:

In many countries, protesting is an inherently dangerous act, which can lead to violent reprisal, jail, or even death. Yet young climate activists carry on, AFP reports. Global climate activism is too often reduced in the press to a handful of familiar faces; this piece featured young people speaking truth to power away from the limelight, in the Philippines, Bolivia, Kenya, and Nigeria.

Therapists Are Reckoning With Eco-Anxiety (Earther)

There’s growing consensus in psychology circles that climate change is driving a public mental health crisis, but many psychologists don’t feel prepared to meet the rising demand. This piece stands out because it turned the focus on the very people the public turns to for help, capturing psychologists’ own fear and distress, in regard to both serving clients’ needs and the climate emergency in general.

Humanity’s greenhouse gas emissions have overheated the oceans as well as the atmosphere and thereby locked in 20 feet of eventual sea level rise on this planet, argues Harold R. Wanless, a geology professor at the University of Miami, in this commentary. By 2050, seas could easily rise by two to three feet, which would mean no fresh water for Miami, the forced evacuation of millions of people worldwide, and many other calamities. To limit and slow sea level rise will require not only halting new emissions but also extracting massive amounts of the carbon dioxide already in the atmosphere.

Millions of New Yorkers depend every day on public transportation, yet transportation infrastructure in the city is hugely vulnerable to sea-level rise and climate-fueled superstorms. The Metropolitan Transportation Authority has undertaken extensive, years-long efforts to boost resilience and readiness. This piece compares those measures to what science and experts say is necessary—and finds that incremental adaptation is not enough to protect society as we know it.

The Quileute Tribe has long relied on the waters of northwest Washington state, for both livelihoods and a way of life. But amid climate change, those waters are increasingly becoming a threat, and the tribe faces an excruciating decision: Move away from lands they’ve cherished for centuries or risk widespread destruction? This story illustrates a grim truth of the climate emergency: Indigenous groups are often the first to experience its impacts.

This piece visits Cedar Rapids, Iowa, where the lingering impacts of last year’s derecho windstorm are a microcosm of the various crises that can befall homeless groups in the aftermath of extreme weather. For people experiencing homelessness, extreme weather makes matters only more difficult; others are made homeless; and the web of government agencies and nonprofits designated to help are strained to the max.

Globally, meat and dairy farms account for some 15-18 percent of greenhouse gas emissions. The easiest answer might be to go vegan, but some farmers are lowering their farms’ emissions by improving the quality of cow feed and transforming farmland into carbon sinks. (“It’s not the cow, it’s the how,” one Virginia farmer says in a story that foregrounds the people who know cows best—farmers—and finds that positive changes are more possible than partisans on either side acknowledge.

Babcock Ranch, Florida bills itself as America’s first “solar-powered town.” Some 700,000 solar panels power a planned community, complete with a Main Street and eventually 20,000 homes. So many climate stories are dark and grim— often understandably so—but this piece points out that many solutions to the climate emergency are available now, if we choose them.

This one-hour special made in cooperation with the Discovery channel, surveys the climate crisis and the Biden administration’s efforts to tame it. Interviews with Vice President Kamala Harris and various Biden cabinet officials are matched with on-the-ground reporting about how government policy affects ordinary  people’s lives. In Memphis, Tennessee, for example, activists and residents are resisting a proposed gas pipeline that, like so many fossil fuel projects, would disproportionately pollute and sicken a Black community. 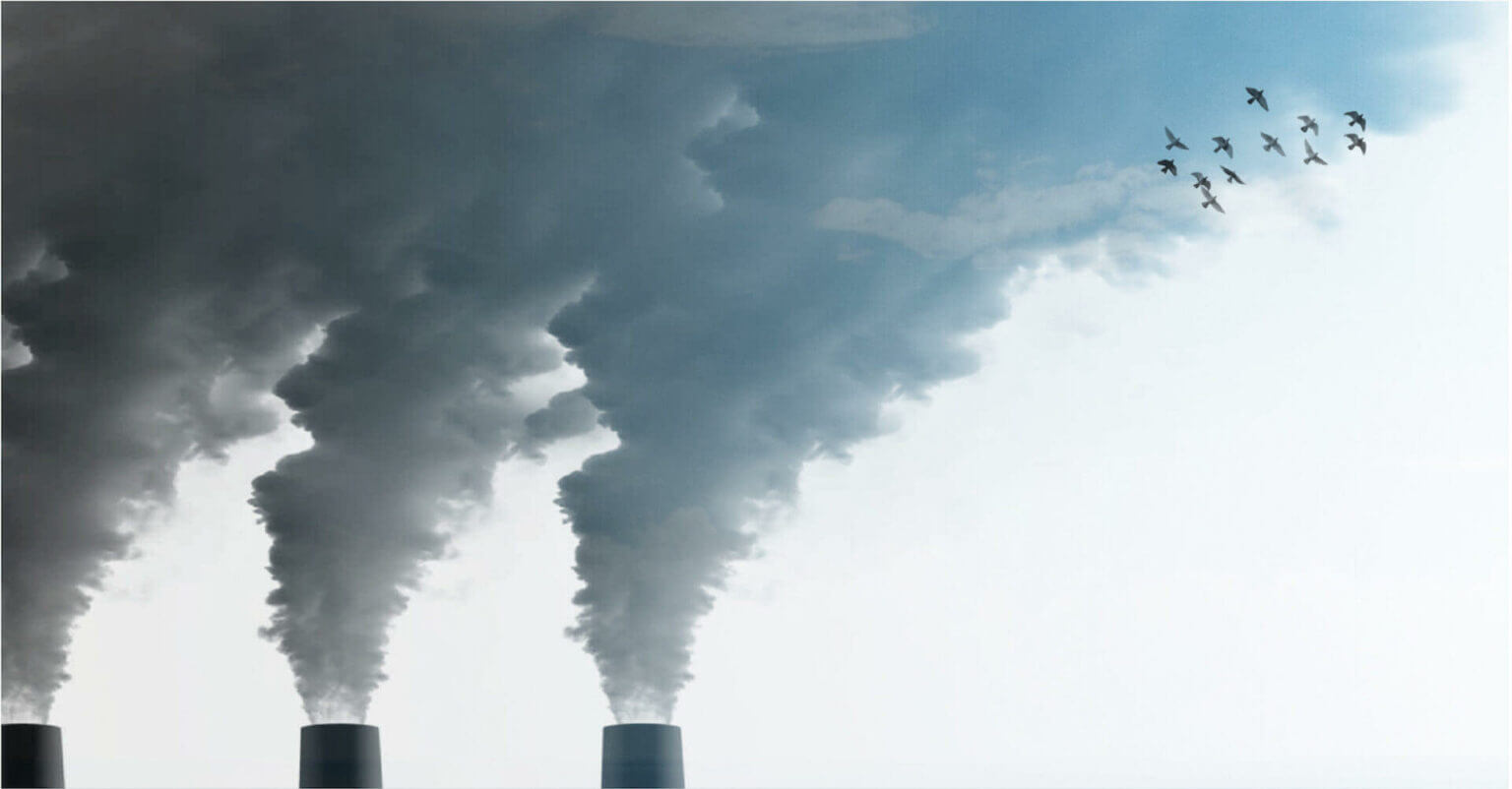 We invite journalists and news outlets everywhere to sign the statement and participate in our April 12 - 22 Earth Day coverage.