A new report finds that in 2019 less than 1 out of every 100 network news stories addressed climate change. Now that Super Tuesday has come and gone, network television once again has an opportunity to show it can do justice to the climate story ahead of Election Day. 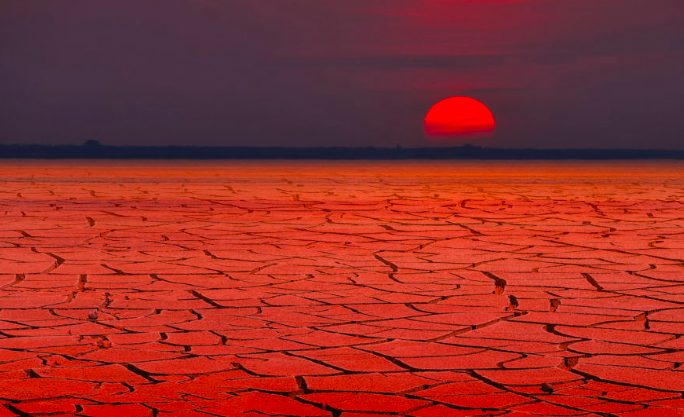 America’s three mainstream television networks—ABC, CBS, and NBC—broadcast tens of thousands of news stories each year. But in 2019, only 0.7 percent of those stories addressed climate change, according to a new report by the left-of-center media watchdog group Media Matters. In other words, less than 1 out of every 100 network news stories talked about the problem that experts say could end life as we know it on the planet. This, even as extreme weather events ramped up the world over; as California and Australia burned; as the UN failed to generate decisive action on the crisis; as a Green New Deal emerged as the preferred policy of most Democrats challenging a president who rejects climate science wholesale; and as pollsters found that climate change had surged to the fore among voters’ concerns.

Now that Super Tuesday has come and gone, network television once again has an opportunity to show it can do justice to the climate story the rest of this 2020 election year. The three mainstream networks certainly have the  journalistic resources to tell the climate story “so people get it,” as TV newsman Bill Moyers has put it. But actually doing so will require them to prioritize the climate story and leave behind some bad habits.

For example, when the networks did cover climate-adjacent stories (and what story isn’t anymore?) in 2019, they failed to make the climate connection. Drawn by riveting visuals and terrible human tragedy, news organizations swarmed the Bahamas in the aftermath of Hurricane Dorian, which ripped through the islands in August. (“It’s like seeing the destruction after an atomic bomb,” AP photographer Ramon Espinosa told Time magazine.) Scientists have made clear for years that higher global temperatures lead to stronger, more destructive storms. Between August 28 and September 5, ABC, CBS, and NBC produced a combined 216 stories on the hurricane for their morning, evening and weekend newscasts. But only one story, on CBS, mentioned climate change.

The three networks actually did better in 2019 than the year before, Media Matters found. In 2018, ABC, CBS, and NBC combined spent only half as much time on climate change as they did in 2019. ABC devoted more air time to the birth of a British royal baby in a single week than it did to the climate story during the entire year.

PBS NewsHour has demonstrated that it doesn’t have to be this way. The nightly broadcast aired 121 segments about climate change in 2019—more than the 116 segments the three networks’ nightly news programs did altogether. A NewsHour report on Dorian called island nations “cannon fodder in the relentless invasion spurred by climate change, the first casualties in a war they didn’t start.” (Indeed, it will often be small and poor countries that bear the first and worst impacts of a crisis spurred primarily by large industrial nations.) NewsHour also included climate change in its 2020 campaign reporting, airing 12 segments analyzing the Green New Deal and 23 discussing the role climate change might play in the election.

There are signs of hope at the networks. Each of them broadcast a fair amount of climate coverage last September, amid massive, youth-led climate strikes around the world and the UN Climate Action Summit in New York. NBC established a designated climate unit to bring focus and consistency to the network’s coverage. And CBS, an early partner of Covering Climate Now, has continued to increase its coverage in the opening months of 2020. Jeff Berardelli, a meteorologist and the network’s climate specialist, has appeared more frequently on the CBS Morning News and the network’s digital news site, CBSN. 60 Minutes has aired powerful climate stories, including one this week, six months after Dorian slammed the Bahamas, about the island nation shifting its electricity system away from fossil fuels to solar power and micro grids. Still, the Media Matters analysis shows, the nightly newscast continues to lag at CBS, as well as at NBC and ABC.

The climate crisis cries out for sustained, in-depth, high-profile coverage by the big three networks, which remain among the most influential voices in the American news media. Climate is unquestionably one of the top stories of the 2020 election, and surely there is room for more coverage of it if producers would cut back on the incessant, quickly-outdated horserace stories. Journalists at the networks know that they should be covering the climate story, and they have said that they will. What matters is actually doing it—starting now, and with a scope and urgency that match the crisis at hand.

Now, here’s your weekly sampling of the latest in climate news, from across the Covering Climate Now collaboration. When there are major developments in the climate story, we highlight them here. But our main goal is to provide inspiration to journalists everywhere, with smart examples of creative, outside-the-box climate coverage. As always, you can find climate coverage “best practices” on our website.

And finally, a reminder to CCNow partners that from April 19-26 we will host a second “week of coverage” focused on Climate Solutions! If you plan to participate but haven’t gotten in touch, please let us know with an email to editors@coveringclimatenow.org! Not a partner? We hope you’ll consider joining our collaboration.