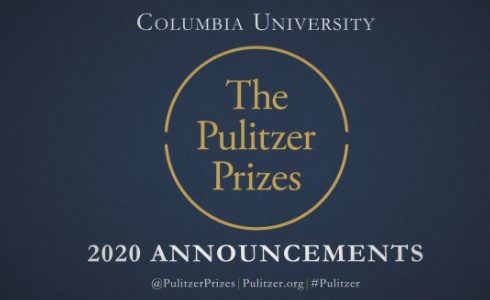 Climate journalism  had a tremendous showing at the Pulitzer Prizes on Monday! Our hearty congratulations to The Washington Post, which was awarded the prize for Explanatory Reporting for its series outlining the dangerous effects a 2 degree Celsius temperature rise will have on the planet. The award citation called the Post series “groundbreaking” and complimented its “scientific clarity.” (In December, we called the Post series “a reminder of what talented journalists can do when they’re turned loose on a subject of vital public importance with sufficient financial backing.”)

The Los Angeles Times, meanwhile, was recognized as a finalist in the Explanatory Reporting  category for its deeply reported, interactive piece on the challenges sea level rise will pose for the California coast (and solutions for coping). The Boston Globe was a finalist in the Feature Writing category for a look at how climate change is reshaping life on Cape Cod. And The Wall Street Journal was a finalist in  National Reporting for its story on PG&E, the California public utility whose equipment neglect, combined with climate change, caused the wildfires that swept the state in 2019.

The Climate Beat also applauds the Pulitzer judges for validating the need for strong climate journalism as an essential public service. The above stories exhibit many of the qualities that Covering Climate Now has been encouraging, as well: respect the science, focus on local angles, build narratives around actual people, don’t neglect solutions, and trust audiences to care about a story that is, after all, about the very future they will inhabit. Now, as more and more people around the world are eager to understand the climate crisis and what to do about it, may newsrooms everywhere emulate the climate stories this year’s Pulitzers celebrate.

* When republishing any of the stories identified above as available, CCNow outlets must include the following tagline: “This story originally appeared in [insert name of original news outlet, with a link to the outlet’s homepage] and is republished here as part of Covering Climate Now, a global journalistic collaboration strengthening coverage of the climate story.” Our complete Sharing Library, including further guidelines for content sharing, can be found here. Please note the special instructions for Guardian and HuffPost stories.