Gabriela Sá Pessoa, a Brazilian journalist covering climate change and human rights, talks about the ongoing, alarming deforestation in the Amazon rainforest, journalistic accountability during the presidency of Jair Bolsonaro, and stories to follow now that Luiz Inácio Lula da Silva is back in power. 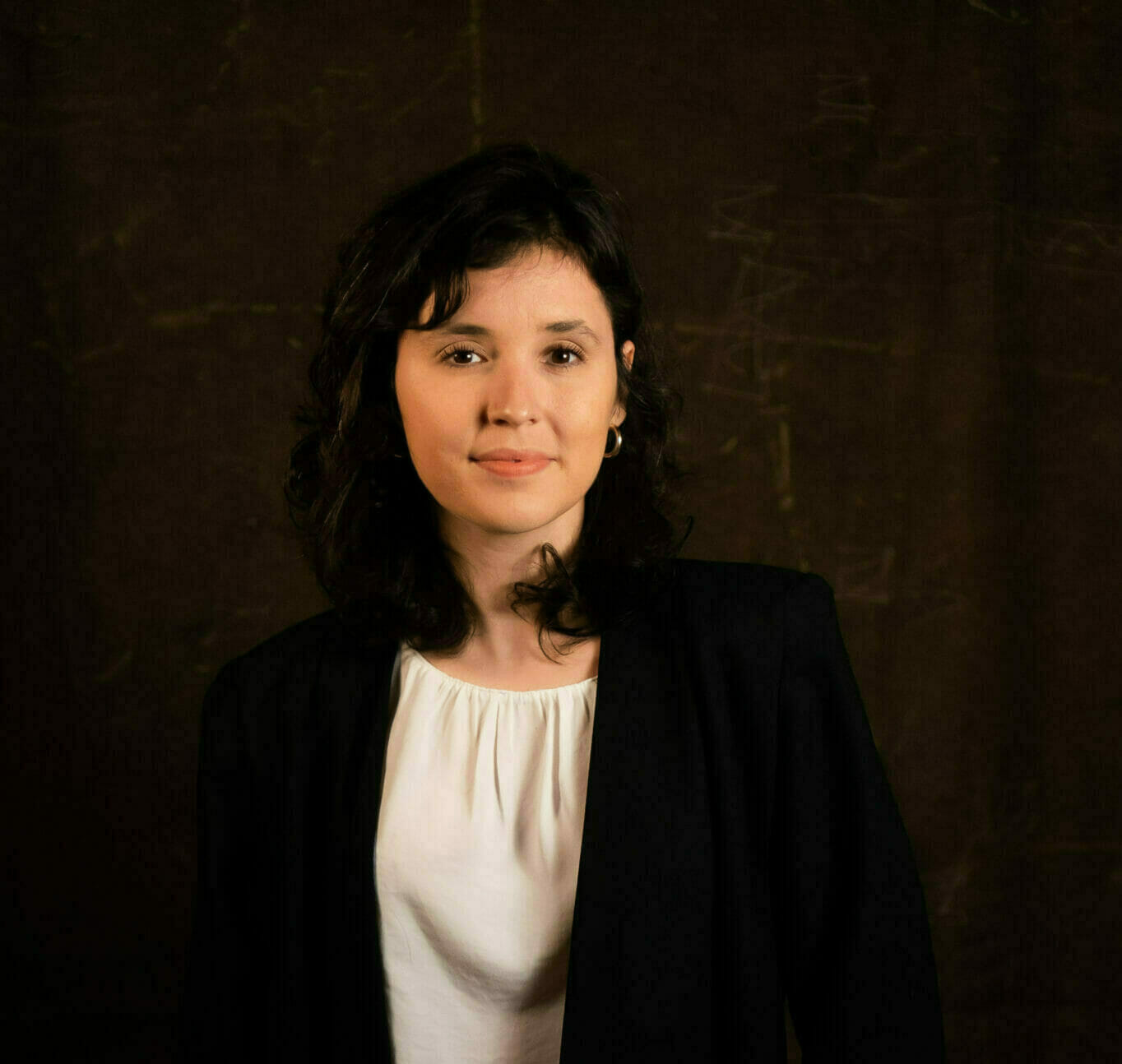 EACH MONTH, Covering Climate Now speaks with different journalists about their experiences on the climate beat and their ideas for pushing our craft forward. This week, we spoke with Gabriela Sá Pessoa, a Brazilian journalist covering climate change and human rights, who is the International Women’s Media Foundation’s 2023 Elizabeth Neuffer Fellow. Pessoa has reported for Brazil’s Folha de S.Paulo and UOL Notícias, among other outlets, and she was most recently a researcher in São Paulo for the Washington Post. We talked about ongoing, alarming deforestation in the Amazon rainforest, journalistic accountability during the recently-concluded administration of far-right president Jair Bolsonaro, and stories to follow now that former president Luiz Inacio Lula da Silva has taken power. The conversation, between Pessoa and CCNow deputy director Andrew McCormick, has been edited for length and clarity. Follow Pessoa on Twitter.

What led you to the intersection of climate change and human rights?

To me, climate change is the most important issue of our time and our most important mission as human beings and journalists. So I’d always wanted to cover these subjects, but I’m actually relatively new to the climate story. For about a decade, I was a political and investigative reporter, including for Folha de S.Paulo and UOL Notícias. Then, in 2021, I became a researcher for the Washington Post, working with the paper’s Rio de Janeiro Bureau Chief, Terrence McCoy. He does a lot of reporting on deforestation and crime in the Amazon, which is how I finally got the chance to focus on climate change.

What struck me when I began covering these issues was how little we Brazilians actually know about what’s going on in the Amazon—about the conflicts there, the extent to which crime and deforestation have destroyed Indigenous human rights, and, ultimately, what’s at stake, for all of us, when it comes to climate change.

What are some knowledge gaps that journalists have about the Amazon that they could try to fill?

In recent years, the Brazilian press has dedicated a lot more space to the Amazon. We hear often about deforestation rates, and I think that’s helped the issue gain ground in the public consciousness.

What we don’t understand well enough, though, are the complex realities of the forest, especially its history and policies. The tragic killings of activist Bruno Pereira and journalist Dom Phillips, which I helped research for the Post, illustrate that. Their killer was a fisherman; his family had moved to the Amazon in the 1970s, at a time when the government was trying to populate the forest. That area would go on to become protected Indigenous land, though, and the fishing this family depended on to survive became illegal. We all know the importance of protecting Indigenous rights, both for their sake and the forest’s, but this man still had to make a living, which put him at odds with activists like Pereira. Tensions like this are at play every day in the forest.

We also need to better understand that what happens in the Amazon has direct impacts elsewhere, both in Brazil and the world at large. Deforestation contributes significantly to climate change, and in Brazil, climate change has contributed to huge storms, landslides, and drought. Recently, we had severe drought in large, agricultural parts of the country, which led to food-price increases and other forms of inflation. The next big step for the press when it comes to the Amazon is drawing out these connections—showing audiences how deforestation affects all of our daily lives, including in Brazil’s big cities.

Given your past focus on politics, can you explain, for context, how recent policy making has played out in the Amazon?

Before Jair Bolsonaro took office in 2019, deforestation in Brazil was already on the rise. During his term, it skyrocketed, by nearly 60 percent. That’s because Bolsonaro, who is a climate change denier, handled the forest like he handled everything else: through an absence of government. He dismantled a lot of Brazil’s environmental policies designed to protect the Amazon. He regularly fired leaders of the country’s environmental protection agency, Ibama; historically, Ibama conducted missions in the Amazon to monitor deforestation and enforce regulations, but under Bolsonaro they had many fewer intelligence units in the forest and couldn’t plan their missions properly. In fact, Bolsonaro’s environment minister was accused of aiding illegal loggers and resigned amid scandal. That summarizes what the Bolsonaro government was about.

How did the press handle Bolsonaro’s approach to the Amazon?

I think the press flourished, actually. I’m only 31, but I don’t recall the environment ever getting as much attention from journalists as it did during Bolsonaro’s presidency.

In 2019, there was a day of coordinated arson by farmers and loggers that came to be known as a “Day of Fire.” That caught reporters’ attention, and from then on, they did a consistently good job of covering deforestation and holding Bolsonaro accountable. There was regular imagery, especially on television, of fires in the Amazon and elsewhere—starting in 2020, fires also burned out of control in the tropical wetlands—which I think played a big role in shaping public opinion.

Lula, like a lot of politicians, has a mixed record on climate. How can the press hold him accountable for climate promises?

In some ways, journalists’ relationship with Lula’s administration will be easier than with Bolsonaro’s, because we’ll be reporting on people who understand on a basic level that the press is essential for a healthy democracy. We work for our readers, of course, though, so we need to keep up the same investigative spirit.

A good example of this: Several ministers in Lula’s government were previously leaders in Piauí, Maranhão, and Bahia states. This week, a story in Folha de S.Paulo showed how deforestation in those states increased a lot under their respective watches. So, will the new leadership truly live up to its promises on climate and the environment?

Let’s not forget, we also have environmental icons in government now, including Marina Silva [who served as environment minister during Lula’s previous administration and has returned to the role] and Sônia Guajajara [who will serve as the first-ever minister for Indigenous peoples]. In a recent interview, Silva told me that Lula truly does consider the Amazon and climate change top priorities. But of course he’ll need to make alliances in Brasilía to get things done—including with the more conservative Congress.

The new government’s first step will be to rebuild our environmental agencies and agencies responsible for protecting Indigenous rights. And although we have these environmental defenders in office, this will be difficult for Lula. Much of Brazil’s economy depends on agribusiness commodities—sugar, coffee, soybeans, and beef, among others—and so the agribusiness lobby is incredibly powerful. The lobby has strong ties to conservative politics in Brasilía—many legislators are funded by known deforesters—and has done a lot to limit environmental agendas.

That said, there are other important stories pertaining to Congress and the environment. We have the largest-ever Indigenous caucus, for example, which is significant as a matter of representation. This is a development I view with optimism, but I know the battle will be hard.

What specific plotlines about Brazil and the Amazon do you hope to see journalists follow in the coming years?

The effects of illegal mining in regions like Roraima are simply tragic; Yamomami people there have experienced exceptionally high casualty rates, both due to Covid-19 and mining-related development. Illegal mining soared under Bolsonaro, and miners have built roads, private airports, and so much other infrastructure. Indigenous people, meanwhile, are dying of hunger and being poisoned. In 2021, two boys bathing in a river were killed after apparently being sucked into a mining dredger. Some experts believe we can call this a genocide.

And where do these mineral resources go? An investigation by Reportér Brasil showed that illegal gold from Indigenous land was sold to Apple, Google, and Microsoft.

Another investigation, by Piauí, which is sort of like Brazil’s New Yorker, showed illegal logs from Brazil were available for purchase in Maryland and used regularly in construction across the US.

For The Washington Post, I contributed to a story about how beef from cattle raised on illegally cleared swaths of the Amazon commonly shows up in US markets.

These stories—of supply and demand and consumption—are something journalists everywhere should be following.

At CCNow, we’ve talked a lot about the connections between the climate crisis and the global democracy crisis. Is there anything you would say about this, especially in light of Bolsonaro supporters’ attack on Brasilía on January 8?

Brazilian authorities, including Silva, the environment minister, have said there’s evidence that some of the financiers of the antidemocratic movement in Brasília are affiliated with agribusiness, including illegal deforesters. This needs to be reported out.

Guns are a related issue that require attention. The Bolsonaro administration significantly loosened gun restrictions, and in many areas, gun ownership has spiked. Last fall, after the election, Bolsonaro supporters staged massive blockades of roadways, which in some cases turned violent; police arrested protestors with illegal firearms. An awesome story by The Intercept Brasil showed that the numbers of gun owners and “shooting clubs” has increased in particular in the vicinity of Indigenous communities, which of course could pose a serious danger to those communities.

At CCNow, we encourage reporters on all beats to cover climate. As someone who came to climate from the politics beat, is there anything you’d share with reporters who might feel intimidated by the climate story?

When I used to think about reporting on climate change, my mind went to complicated graphics, satellite imagery, and heatmaps. But we’ve just had this whole conversation, and we haven’t talked once about heatmaps. We’ve talked about politics, economics, and human rights. Climate change is a human story, about things that are happening to us and changing the way we live right now.

The challenge for journalists is getting audiences to understand the significance of the problem. How do we get people’s attention on climate change and keep it?

It’s not an easy question. But it’s something I want to spend time thinking about as part of the IWMF Elizabeth Neuffer Fellowship, during which I’ll be conducting research at MIT and contributing to The Boston Globe and The New York Times. Part of the answer might come from psychology and anthropology. As journalists, I think we should be open to experimenting with how we communicate. Most importantly, we want people to know that there are solutions to the climate crisis. If the point was to sit back and watch climate change unfold in a passive way, why would we report on it and why would anyone want to read about it? The fact is: We need to take action now, both as citizens and as journalists.