CCNow emerging journalist winner Shannon Osaka on how climate is shaping culture, the backgrounds and biases audiences bring to our work, and how disinformation might shape understanding of climate solutions. 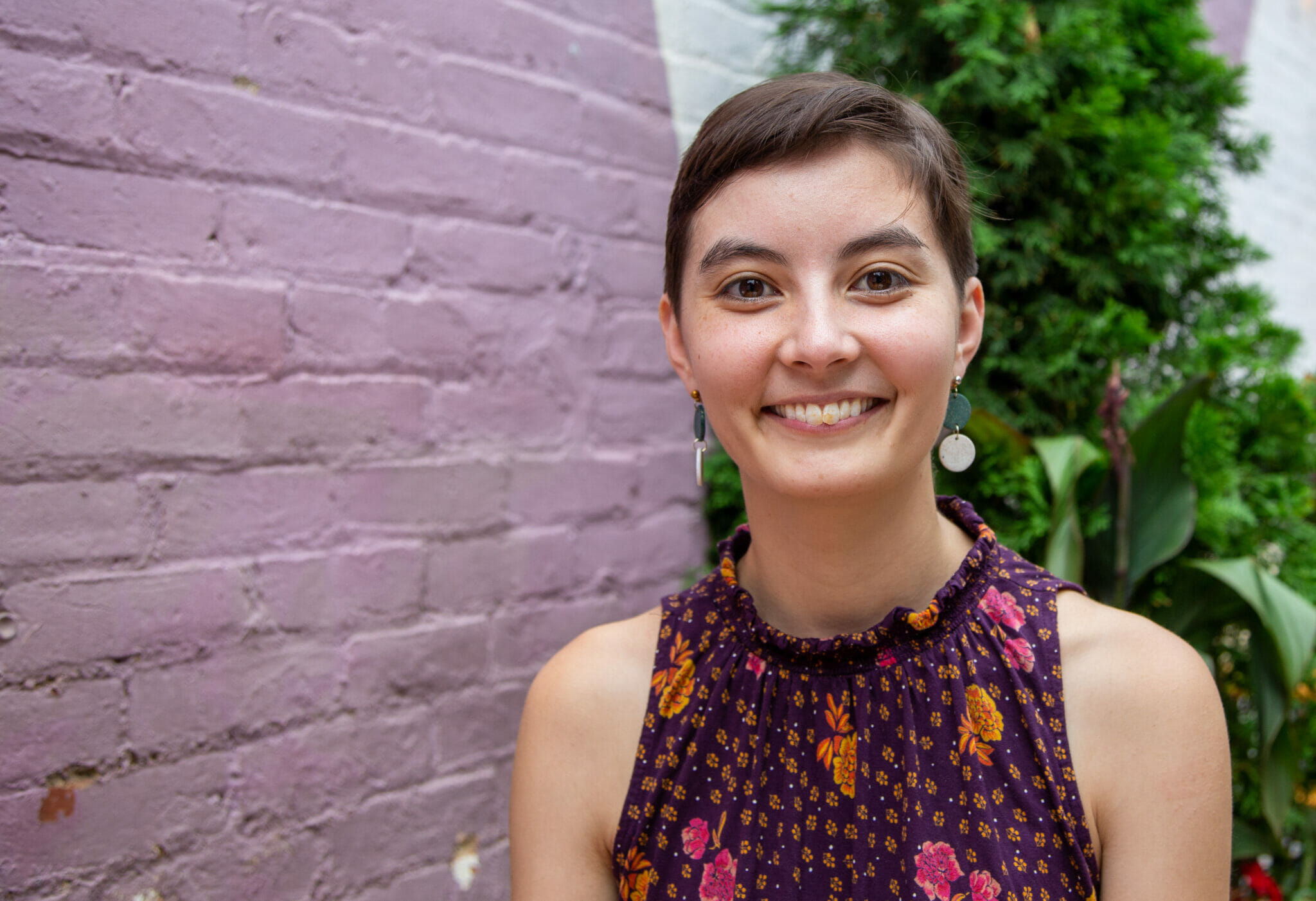 Each month, Covering Climate Now speaks with different journalists about their experiences on the climate beat and their ideas for pushing our craft forward. This week, we spoke with Shannon Osaka, The Washington Post’s ‘climate zeitgeist’ reporter. Previously, Osaka covered climate change for Grist. We talked about how climate is shaping culture, the backgrounds and biases audiences bring to our work, and how disinformation might shape audiences’ understanding of climate solutions. The conversation, with CCNow deputy director Andrew McCormick, has been edited for length and clarity. Follow Osaka on Twitter.

Osaka is the winner of CCNow’s 2022 emerging journalist award, an honor that goes to one early-career journalist whose work shows exceptional promise. Check out our ‘Burning Questions’ TV special, which premiered October 25, on the WORLD Channel, exploring the state of the climate crisis through the work of all this year’s CCNow Journalism Awards winners.

What does the title  “climate zeitgeist” reporter mean to you, and how is that shaping your approach to the beat?

I’ve been defining it as “climate vibes” — though I’m not positive my editors endorse this definition. The broad goal is to help people make sense of climate change. How is the climate changing lives? How are our actions changing the climate? That means a lot of analysis and explainers, and possibly less straight news reporting.

Much of what I want to focus on is solutions. We’ve gotten to the point now, I think, where a lot of people understand that greenhouse gas emissions equal climate change. Their climate literacy might not be amazing, but they understand that climate change is fueling a lot of the extreme weather and other problems we don’t like. So, now let’s help deepen people’s understanding. For example, what are the economic sectors that cause carbon emissions?

When I was working at Grist, my most-read story was one I wrote at the beginning of the pandemic. The whole world was on lockdown, but global emissions were projected to drop only about 5.5 percent. Where were all those emissions still coming from? People really wanted to understand that. We thought, “Oh, we’re not driving our cars or taking flights, so emissions should have stopped, right?” But really our emissions are more systemic than personal behavior. So, what are the solutions? I come from an academic background, and we know that if you tell people the same bad news repeatedly they’ll tune out. I want people to be interested in climate change! What are the stories I can tell that avoid hitting that one “disaster” note over and over?

People’s cultures and environments do a lot to shape their attitudes about some climate solutions. How do you account for the different contexts that readers bring to your stories?

I get various emails from people, where they have all sorts of opinions. One of the things I get that sticks with me is, “You know, I care about the environment, but I don’t want to be one of these green people.” I say, “To be clear, nobody’s asking you to do that.” I think it’s so important for people to realize that there are many different ways of tackling climate change. The problem is big enough that there’s room for everyone when we talk about solutions.

On the flip side, I think some environmentalists who’ve been tuned into the climate story for a long time can get riled up at some of the newer, non-traditional solutions. It’s important to explain to them that you might have your reasons to dislike the electric Ford F-150, but it can be a climate solution. It’s better than an F-150 that runs on gas. We’re never going to do a clean energy transition if we only involve people who think of themselves as traditional climate advocates.

Now, there are some people who are simply never going to like windmills and solar panels. And we can have a whole other conversation with some climate people about whether we should be aiming for a post-growth or green-growth economy. But my goal is mainly to reach the people in our audience who probably know a little about climate change and want to know more.

How are you gauging some of the big climate questions on people’s minds? What sources are you looking to in order to inform the stories you’ll pursue?

I like to talk to people in my life who I consider close to my ideal audience, people who don’t spend all day thinking about climate change. What questions do they have about something like the Inflation Reduction Act, for example, or why we do this UN Conference of the Parties thing every year? What might be apparent to a lot of journalists but isn’t always presented in the news in the most engaging ways?

I also think about questions I have that, at some level, I’d be afraid to ask — questions with answers that might be obvious to someone out there but aren’t to me and probably a lot of other people. Because I have this job where I get to do a lot of analysis, I can do a story as simple as, “Why do people say higher gas prices are good for the climate?” I don’t know, and my hunch is actually that they’re not, so let me call some really smart people and ask about that. I can also ask something like, “Okay, I’ve heard about sustainable aviation fuels, but they’re an extremely small fraction of what’s used in airplanes today. Why?”

Youth culture has been heavily influenced by climate activism, but coverage of activists can be quite flat. How do you want to depict activism in your coverage?

One of the most interesting things about activism to me isn’t the protest but what happens after. The youth-led Sunrise Movement drew a lot of attention to climate change with a sit-in in then–House minority leader Nancy Pelosi’s office in 2018. But what happened later, when Democrats gained control of the White House and Congress? How did groups like Sunrise adapt, and how did they think about the balance they’d strike between traditional outsider tactics — sit-ins and protests — and insider tactics — lobbying and working with lawmakers to shape policy?

There are activists who will choose lobbying and others who will choose stunts — like the protesters recently who splashed tomato soup on the Van Gogh — that some people might look at and say, “Is that helpful?” There’s some good academic research being done that I try to bring into my reporting, about how different tactics work, how effective they are in conveying protesters’ messages, and who different tactics appeal to.

We might be moving on from the era of widespread climate denial, but disinformation remains a powerful force influencing what people think about climate solutions. Is this something you grapple with in your reporting?

We’ve moved on from a lot of the most obvious forms of climate disinformation, but in a lot of ways I think that makes journalists’ jobs more difficult, because the types of disinformation spreading now are a bit more insidious. And they’re more technical, having to do with how certain solutions work. During the Texas freeze last year, people were saying, “Oh, it’s because the windmills don’t work,” when the problem really, in part, was that the natural gas plants had stopped operating. That’s a technical question that not every reporter out there is equipped to know much about or who to call for a succinct and careful explanation of what happened.

Another form of disinformation that we don’t talk about as often is the push within some corners of the climate movement to say very extreme, “doomer” things. Some young people find quite powerful the idea that we’ve got only eight years left to save the planet — it was 12 years when the conversation started, circa 2018. This might not be disinformation exactly, because these are people who care very much about climate action, but it is a misunderstanding. I spoke with a climate scientist recently who said that they hear way more from people who believe we’re all going to go extinct in 2030 than they do anymore from traditional climate deniers. And that’s a problem, too, for how the public understands climate change. I don’t want 16-year-olds out there thinking we’re going extinct. I’m very confident we aren’t. But, like with all disinformation, it’s difficult to thread that needle — to maintain a level perspective, while also being as honest as we can about the very real and extreme dangers we face.

You’re the winner of CCNow’s 2022 emerging journalist award. What advice would you give to other young journalists, or journalists in training, who are eager to cover climate?

It’s helpful to have subject matter expertise. Especially when covering something as complicated as climate change, it’s useful to dig in and familiarize yourself with the science as much as possible. There’s always going to be a need for smart analysis on any topic you’re covering, whether it’s climate or something else, so becoming an expert is a good way to set yourself apart.

I’ll also say I feel very fortunate to do this job. People ask, “Oh, aren’t you depressed covering climate change all day?” But it’s the absolute opposite. I think if I weren’t working on this subject, I would be more depressed. I spend all day talking to people trying their best to push climate solutions forward. It’s hard to do that and feel too down about the prospects for our planet. Granted, it might be harder to stay positive if I were focused on frontline climate impacts. But focusing like I do on policy and technological solutions — hearing from so many people working to create change — is very powerful. At the end of the day, it’s optimism generating.