Just as The Guardian has long been the gold standard for print coverage of climate change, so “60 Minutes” is now setting an example of how broadcast journalists can cover what Mann calls “the greatest crisis that we face as a civilization.” 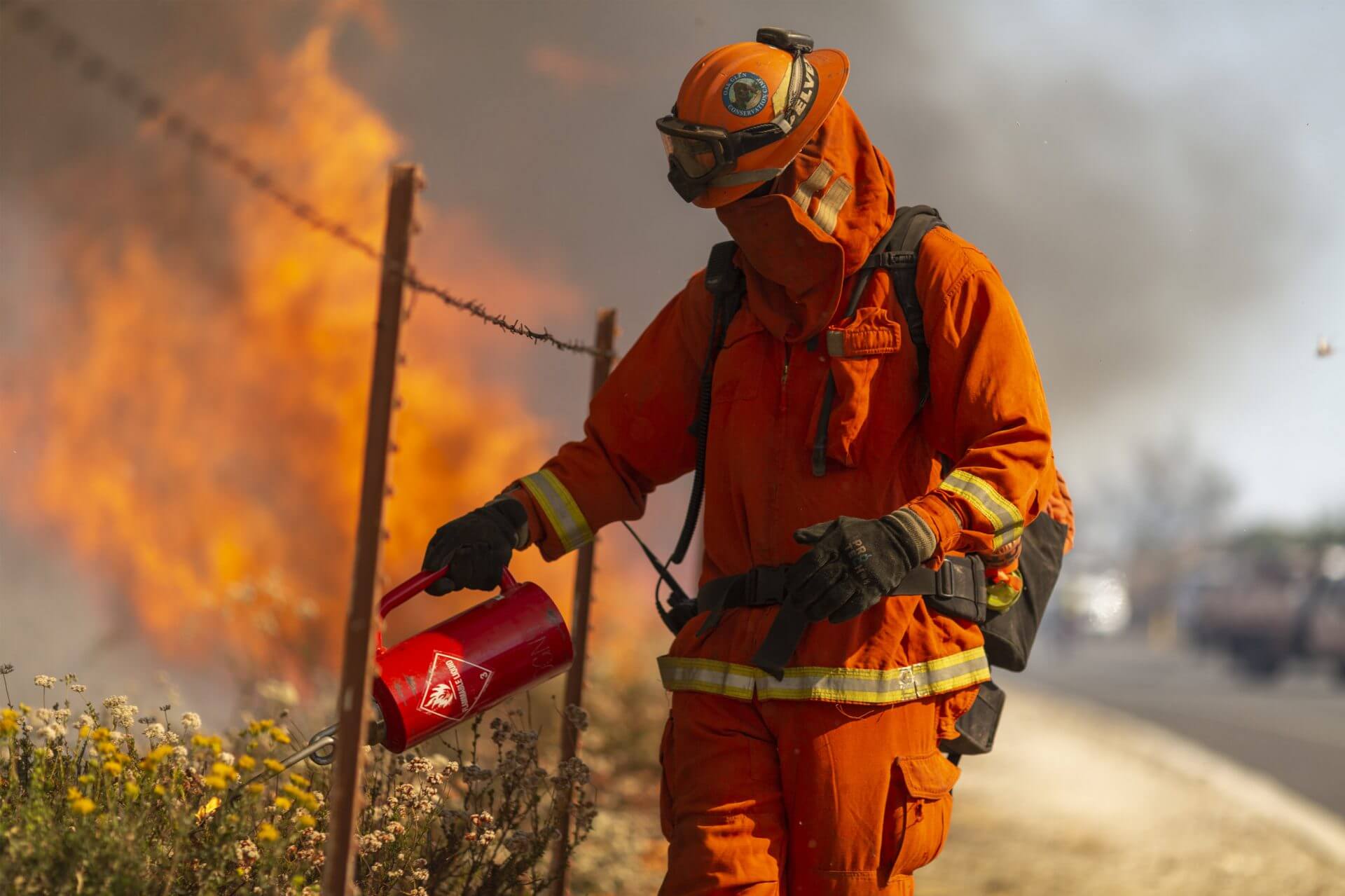 On Sunday night, America met Michael Mann on “60 Minutes”, one of the country’s most watched and influential television news programs for nearly 50 years now. A professor at Penn State University, Mann is one of the world’s most eminent climate scientists, and also one of the most outspoken. The “60 Minutes” segment, titled “Cause And Effect,” focused on climate change and California’s ongoing record wildfires, which have burned more than 4 million acres to date. After showing the viral clip of Donald Trump telling state officials that the Earth will “start getting cooler,” correspondent Scott Pelley asked Mann about the president’s additional assertion that “science doesn’t know.”

“The president doesn’t know,” Mann retorted. “And he should know better.”

The geophysicist explained to “60 Minutes”’ roughly 10 million viewers that all of the world’s leading scientific institutions, including the US National Academy of Sciences, had reached a consensus. In a sound bite that journalists across the United States should quote in their own climate reporting, Mann kept it simple enough for an eight-year-old: “There’s about as much scientific consensus about human-caused climate change as there is about gravity.”

In most other countries, such an elementary statement would be unnecessary in a major news outlet. But in the US, where only one person in five understands how overwhelming the scientific consensus about climate change is, it makes sense to spell it out.

Covering Climate Now was happy to work with our partners at CBS News in developing this “60 Minutes” story. CBS broadcast it two days after The Guardian, Covering Climate Now’s lead media partner, published a companion interview with Mann, in which he delivered a rarity: pathbreaking climate news that isn’t depressing.

There has been “a dramatic change in [scientists’] understanding” of the climate system in recent years, Mann said. It’s a change many journalists may be unaware of, he added, noting that the scientific community hasn’t done a great job of explaining it. Humanity, it turns out, may have a bit more time to prevent climate breakdown than previously believed.

Mann is well positioned to explain this shift in scientific understanding. He directs the Earth Systems Science Center at Penn State and has published more than 200 peer-reviewed papers, none more famous than 1999’s “hockey stick” study that showed, as “60 Minutes” put it, that “today’s rate of warming began with the Industrial Revolution.”

Until recently, Mann explained in The Guardian, scientists believed the climate system—a catch-all term for the interaction among the Earth’s atmosphere, oceans, and other parts of the biosphere—carried a long lag effect. This lag effect was mainly a function of carbon dioxide remaining in the atmosphere and trapping heat for many decades after being emitted. So, even if humanity halted all CO2 emissions overnight, average global temperatures would continue to rise for 25 to 30 years, while also driving more intense heat waves, droughts, and other climate impacts. Halting emissions will take at least twenty years, under the best of circumstances, and so humanity was likely locked in to at least 50 more years of rising temperatures and impacts.

Research over the past ten years, however, has revised this vision of the climate system. Scientists used to “treat carbon dioxide in the atmosphere as if it was a simple control knob that you turn up” and temperatures climb accordingly, “but in the real world we now know that’s not what happens,” Mann said. Instead, if humans “stop emitting carbon right now … the oceans start to take up carbon more rapidly.” The actual lag effect between halting CO2 emissions and halting temperature rise, then, is not 25 to 30 years but, per Mann, “more like three to five years.”

In short, this game-changing new scientific understanding suggests that humanity can turn down the heat almost immediately by slashing heat-trapping emissions. “Our destiny is determined by our behavior,” said Mann, who finds that information “empowering.”

Of course, this glimmer of hope is only empowering if humans—especially those with governmental and policy-making positions—actually act. Mann has said before, and he reiterated in The Guardian interview, that a second presidential term for Trump would be “game over” for the climate. That’s not Mann’s partisan judgement, he insisted. It’s straightforward math.

To prevent a catastrophic rise in global temperature, humanity must cut emissions in half by 2030, Mann said, citing 2018’s landmark report by the UN’s Intergovernmental Panel on Climate Change. That will require a rate of change “unprecedented” in human history, according to the IPCC scientists: emissions had to fall by 5 percent year after year. But if a re-elected Trump spent an additional four years pushing the world’s biggest economy in the opposite direction, hitting the 2030 target would become “essentially impossible,” Mann said. If emissions don’t begin falling until 2025, they would have to decline by roughly 15 percent every year over the following five years. “That may be, although not physically impossible, societally impossible,” Mann said. “It just may not be economically possible or socially viable to do it that [fast].”

Just as The Guardian has long been the gold standard for print coverage of climate change, so “60 Minutes” is now setting an example of how broadcast journalists can cover what Mann calls “the greatest crisis that we face as a civilization.” In fact, this was the second consecutive Sunday that “60 Minutes” ran a segment covering climate change; last week, Sir David Attenborough, the legendary naturalist and BBC filmmaker, described how human activity over the past sixty years has not only overheated the planet but driven many plant and animal species to the brink of extinction, in turn threatening humanity’s own future. (Attenborough’s new autobiographical documentary, “A Life On Our Planet,” premiered on Netflix on October 3.)

That future is on the ballot in the US this election year. Between now and Election Day, November 3, newsrooms should make abundantly clear not only what’s at stake but what voters can do about it. As Mann said in the Guardian story’s kicker, “The future of this planet is now in the hands of American citizens.”

Note: The Guardian story is available for republication by CCNow partners.

***Also for our partners, at CCNow we believe it’s important to tell the climate story using a range of diverse voices. Arguably no voices are more important than those of youth, who will bear the brunt of climate change—and who have also rewritten the script for the environmental movement worldwide. To help journalists highlight the youth perspective, CCNow has compiled a list of youth leaders across the US and around the world—and this list extends beyond the handful of activists, such as Greta Thunberg, who are already well known. Take a look and consider reaching out to the individuals on the list, for stories both about young people’s climate action and about climate change in general.***

***And a reminder that great Climate Politics 2020 stories are available in our Curated Collection from the joint coverage week and, as always, the Sharing Library. Consider publishing Reuters’s story on what a potential Biden presidency would mean for climate cooperation on the world stage, WURD’s op-ed about how Black voters and the environmental vote, and Rolling Stone’s piece on what it will take to turn back environmental cuts by the Trump administration. (Plain text and visual assets for the stories are here.)***