The Supreme Court Battle and the Climate Crisis

The media need to urgently cover the implications for climate policy of putting judge Amy Coney Barrett on the Supreme Court. 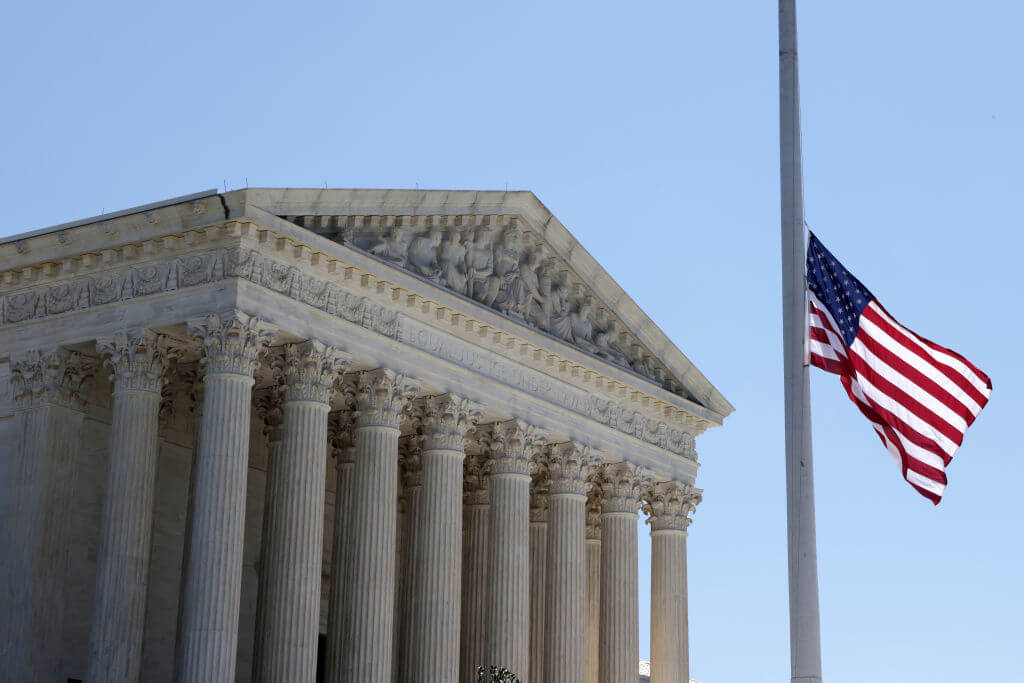 Imagine any serious adult saying they don’t know whether gravity is real. That, in effect, is what judge Amy Coney Barrett testified to the US Senate during her Supreme Court confirmation hearings last week. After demurring that she had no “firm views” about climate change, Barrett told California Democrat and vice-presidential nominee Kamala Harris that she would not comment further because climate science is “a very contentious matter of public debate.”

It’s not, of course. “There is as much scientific consensus about human-caused climate change as there is about gravity,” Michael Mann, one the world’s leading climate scientists, recently told 60 Minutes. And Barrett’s views about climate science matter enormously.

The Supreme Court plays a decisive, if often overlooked, role in shaping US environmental policy. The Obama administration was able to regulate greenhouse gas emissions because the Supreme Court ruled, in Massachusetts v. Environmental Protection Agency, that greenhouse gases qualify as a “pollutant” under the Clean Air Act of 1970. Next year, the court will hear a case in which state and local governments are suing fossil fuel companies for the climate damages knowingly caused by the companies’ activities.

Much has been said in the press about the potential consequences of Barrett’s nomination for Roe v. Wade and the Affordable Care Act, and rightly so. But the press also needs to make clear the implications of a Barrett appointment for the climate crisis and, specifically, the US government’s legal authority to address that crisis. Given Republicans’ determination to rush this process—the final Senate vote is reportedly scheduled for Monday, October 26—newsrooms will have to work fast.

A handful of good early stories on this subject can bring journalists up to speed and inform further reporting. The New York Times explained how putting Barrett on the court could imperil not only Massachusetts v. EPA but also the EPA’s subsequent “endangerment finding” that greenhouse gases threaten public health and welfare; the finding that provided the legal authority for the Obama administration’s 2015 Clean Power Plan. E&E News quoted Jason Rylander, an attorney with the nonprofit Defenders of Wildlife, who suggested that Barrett’s inability to “admit climate change is real” cast doubt on how she could “fairly assess the validity of law and regulations enacted to address it.”

InsideClimate News published the most instructive piece to date—a detailed examination of how Barrett’s legal views, especially with respect to government regulation, clash with the very notion of government action against climate change. The author, Marianne Levell, interviewed environmental law scholars who described Barrett’s grooming by the Federalist Society, a conservative legal organization that abhors government regulation as an infringement on economic liberty and has propelled scores of alumni onto federal courts. A close reading of Barrett’s writings, the scholars said, reveals an originalist view of the Constitution that would likely make her “inclined to chip away at or overturn Massachusetts v. EPA.”

The scholars were especially concerned that the Supreme Court could, with Barrett’s help, limit the right of individual states to sue under the Clean Air Act. To date, Lavelle reported, “115 multi-state lawsuits [have been] filed to block or reverse Trump administration actions like repeal of the Clean Power Plan, the weakening of fuel economy standards and the elimination of requirements to control methane emissions at oil and gas industry facilities.” She added that “more than a third of the cases are still pending, and most will be headed for the Supreme Court.”

The so-called #ExxonKnew lawsuits, which seek to hold fossil fuel companies accountable for the damages their products have caused, as well as for the companies’ decades of knowing and lying about those damages, could be at particular risk. The Supreme Court has already put on next year’s docket a case in which BP and other companies are appealing lower court rulings in suits filed by five cities—Baltimore, Maryland; Boulder, Colorado; and Imperial Beach, Richmond, and Santa Cruz, California—as well as three California counties. The oil companies argue that the cases should be heard in federal court, a contention that the local governments dismiss as a legally baseless delaying tactic.

Amy Coney Barrett’s Supreme Court nomination illustrates a core principle of good climate journalism: every beat in the newsroom—from weather and the economy to, in this case, politics and the law—is part of the climate beat. Granted, unpacking the climate implications of this story is no simple task, especially given Republicans’ haste to vote on Barrett’s nomination before Election Day. Given the stakes, however, newsrooms must somehow rise to the challenge.

Some of the Week’s Essential Climate News

***As a reminder, great Climate Politics 2020 stories are available for republication by CCNow partners in our Curated Collection from the joint coverage week and, as always, the Sharing Library. Plain text and visual assets for the stories are here.***