In case you're planning any climate change themed end-of-year look backs, here’s a quick overview of what made 2020 such an unprecedentedly brutal year in the US and around the world. 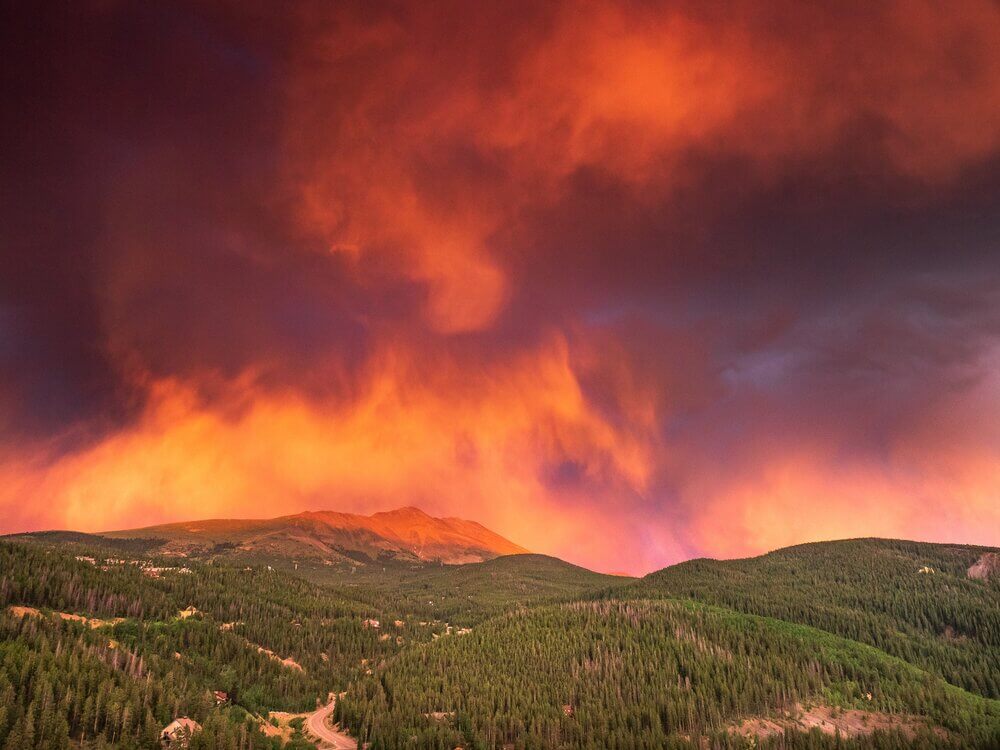 Scroll to the end for scientists’ reactions and reach out to us for experts who are available for interviews.

Remember the bushfires in Australia that wiped out a unique ecosystem and killed or displaced 3 billion animals? That was January of this year. It seems like a lifetime, but 2020 was just one year of nearly-constant, frightening examples of how climate change already is upending life as we once knew it.

In case you’re planning any climate change themed end-of-year look backs, here’s a quick overview of what made 2020 such an unprecedentedly brutal year in the US and around the world.

Billion dollar disasters. The US set an all-time record for billion-dollar disasters (the last NCEI update on Oct. 7 had the US tied for the record with 16 events, but Hurricanes Delta and Zeta have since cost over $1 billion each). The frequency, severity, damage — and costs — from extreme events are steadily worsening due to climate change.

Death Valley reached 130°F. The 130°F temperature reading in Death Valley on August 16 set a world record. Record hot temperatures are one of the clearest signals of climate change.

Record-breaking Atlantic hurricane season. This season brought 30 named storms, 12 of which hit the US, and 5 of which hit Louisiana! This year, every mile along the US Atlantic coast has been under a watch or warning related to tropical cyclones.

Hurricane Laura. Hurricane Laura rapidly intensified and made landfall as a high-end Category 4 storm near Cameron, Louisiana on August 27 with sustained over-water wind speeds of 150 mph (240 kph). Laura is tied as the strongest land-falling hurricane in Louisiana history and the fifth-strongest hurricane on record to make landfall in the continental US. Laura was also one of ten rapidly intensifying storms this season, tying the previous record. Climate change makes it more likely for storms to rapidly intensify into major hurricanes.

Western wildfire season. Climate change is a key driver of the unprecedented fires that caused significant damage and devastation across the western US during the 2020 fire season. In California, 4.78 million acres burned this season, obliterating the previous record of 1.98 million acres from 2018. Five of the six largest wildfires in California’s history occurred this year, including the state’s first million acre mega-fire: the August Complex. Colorado also set a record for total acres burned, and three of the top four largest wildfires on record occurred this year. In Oregon, 1.07 million acres burned, the second-most on record.

Midwest derecho. On August 10, a derecho event with wind gusts of 140 mph caused significant damage in Iowa and Illinois, including damage to property, vehicles, the electrical grid, and agribusiness (including 10 to 14 million crop acres). Total economic losses from August 8-12 were estimated at $6.5 billion. Scientists have identified the fingerprint of climate change on intense summer derecho events.

Southwestern drought. The Four Corners region is experiencing one of the largest and most intense droughts in years. Large percentages of the hardest hit states are currently in “exceptional drought”, the worst category, including Arizona (72 percent), New Mexico (51 percent), Utah (46 percent), and Colorado (27 percent). Climate change is a major contributor to the intensity of the prolonged drought as well as the underlying mega-drought that has impacted the region since 2000. Hotter temperatures melt snowpack earlier, evaporate water in streams and lakes, and evaporate water from soils, intensifying what would have been more moderate drought conditions.

Billion dollar disasters. There have been at least 41 global billion-dollar weather disasters this year. Additional disasters before the end of the year may threaten the all-time record of 47 set in 2010.

Super Typhoon Goni. On November 1, Super Typhoon Goni made history as the strongest landfalling tropical cyclone in recorded history when it slammed into the Philippines with 195 mph winds. The three strongest landfalls have occurred since 2013, all in the Philippines: Goni (195 mph, 2020), Meranti (190 mph, 2016), and Haiyan (2013, 190 mph). Climate change has increased the relative number of hurricanes reaching Category 3 intensity or higher and increased the risk of ultra intense storms like Goni.

Australian bushfires. Bushfires during the unprecedented 2019/2020 Australian bushfire season burned around 48 million acres (19.4 million hectares), resulting in 34 direct deaths and the destruction of 5,900 residential and public structures. Climate change increased the risk of the hot, dry weather underlying the extreme bushfire behavior by at least 30 percent. Australia just recorded its hottest November on record, elevating bushfire risk as it heads into the height of the 2020/2021 season.

Cyclone Amphan. Cyclone Amphan, which made landfall in West Bengal on May 20, is the strongest storm on record in the Bay of Bengal and one of the fastest developing storms anywhere. The storm killed 133 people in India, Bangladesh, and Sri Lanka, and at $15 billion in damages, it is the costliest cyclone on record in the North Indian Ocean. Cyclone Amphan occurred one year after Cyclone Fani, which killed 81 people in eastern India and Bangladesh and caused $8.1 billion of damages. Back-to-back years of major cyclones in the Bay of Bengal that rapidly intensify over unusually warm sea surface temperatures are consistent with trends showing an increase in cyclone intensity in the region due to human-caused climate change.

Hurricanes Eta & Iota. November closed out the hurricane season with a bang as the most active November on record, including two of the four “Greek” named storms worthy of retirement. (If a hurricane is particularly devastating or deadly, its name is retired, but the World Meteorological Organization decided it was not practical to ‘retire into hurricane history’ a letter in the Greek alphabet.) In the span of 13 days, Category 4 hurricanes Eta and Iota made landfall on Nicaragua’s Caribbean coast just 15 miles apart from each other. It is unprecedented for two Atlantic category 4 hurricanes to make landfall so close together, in such little time. The storms had catastrophic impacts across Central America.

Arctic sea ice. The minimum sea ice extent was the second lowest on record, followed by slow regrowth leading to the lowest average sea ice extent for October and November in the satellite record. The Arctic is warming two to three times as fast as the global rate due to the unique feedbacks in the Arctic climate system—a phenomenon known as Arctic amplification. As a result, Arctic sea ice retreat has accelerated over the past 30 years, and most models predict the Arctic could first become ice-free by mid-century.

Global temperature. 2020 is on pace to be the second-hottest year on record. The last six years are the six hottest on record. 2020 will make it seven, showing unequivocally that the Earth is getting hotter due to human activities that release heat-trapping gases into the atmosphere.

“2020 will be a year for the record books for many reasons, one of them being the many extreme events related to weather. The US has had a record number of extreme events each causing more than $1 billion in damage, and the year isn’t over yet. From record-breaking wildfires in California and Colorado to a destructive derecho in the Midwest to five (!) tropical storms in Louisiana to widespread drought in the West, disruptive weather has made headlines and destroyed lives across the world. Climate change has undoubtedly played a role.” – Jennifer Francis, Senior Scientist at the Woodwell Climate Research Center

“The urgency of climate action is unambiguous. Climate responses create jobs and improve health. They are necessary to avoid catastrophic climate change and deal with impacts already widespread.” – Katharine Mach, Associate Professor at the University of Miami Rosenstiel School

“Climate change is happening and affecting us, with continuous ocean warming producing stronger and more destructive tropical cyclones, like Super Typhoons Haiyan and Goni that devastated the Philippines in recent years. Bold climate actions are called for to reduce greenhouse gas emissions in order to limit the impacts and risks of climate change.” – Mei Wei, Assistant Professor at the University of North Carolina

“As we continue to see record-breaking storms uprooting communities in the Philippines, I’m reminded of what a Super Typhoon Haiyan Survivor said to me, in Tacloban City, back on December 21, 2016. She said, ‘Climate injustice is the denial of the preferential option for the poor. The capitalists of the developed countries only think about the rich people of the world who can buy their products while people in the rest of the world are only their slaves. I feel I am one of the slaves of the developed world! Developed countries are getting rich by emitting greenhouse gases and they should provide funds to help people affected by climate change.’” – William Holden, Associate Professor at the University of Calgary in Alberta, Canada