The Climate Business Story Heats Up

It’s very much businesses that led us to the current climate crisis. At a time when climate coverage seems finally to be catching on with audiences, we should expect climate business stories to have wide appeal. 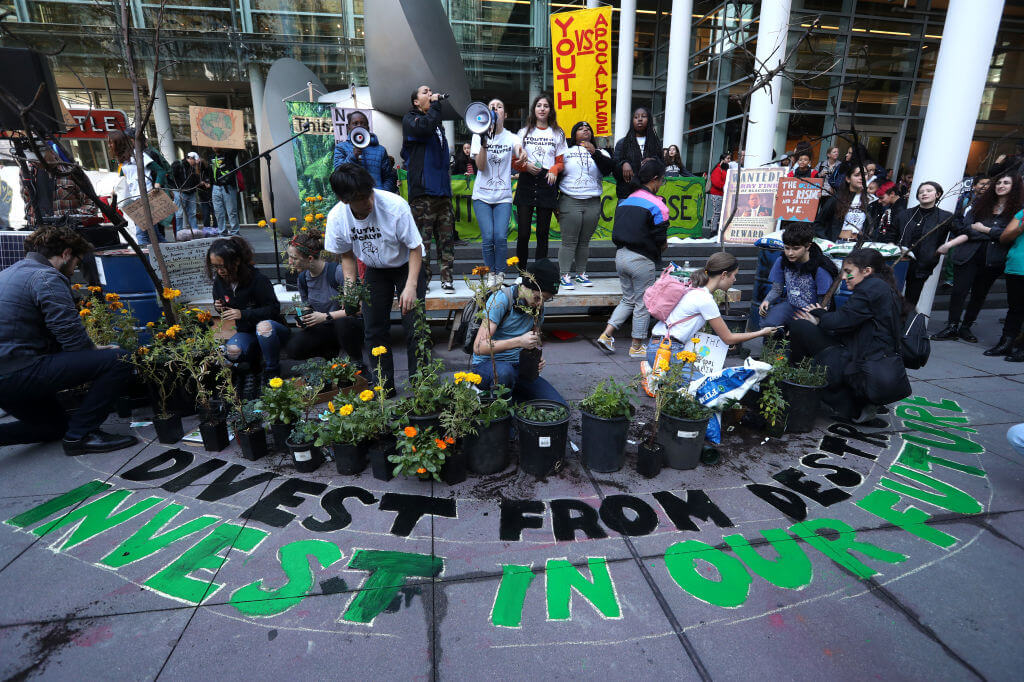 In December, we wrote in The Climate Beat about the urgency of the business side of the climate story, which indeed continues to gain speed and visibility. This week alone saw news that BlackRock, the world’s largest investment management firm, has announced it will shun fossil fuel stocks and press all companies to honor the Paris Agreement’s goal of limiting temperature rise to less than 2 degrees Celsius. The Bank of England, meanwhile, is preparing to “stress test” financial firms’ readiness for a future without fossil fuels. And Harvard Law School students are protesting the international firm Paul, Weiss, saying they won’t work for the firm as long as it continues to represent ExxonMobil in climate lawsuits.

BlackRock, which is based in New York, has long refused activist demands to align investment practices with climate science, and critics still question whether the firm’s new direction is anything more than performative greenwashing. But this week’s announcement, first reported in The New York Times, signals where the smart money is headed and how government policy, activist pressure, and media coverage can drive change. Follow-up reporting and sustained attention from the press can now hold BlackRock accountable for its pledge and perhaps shine a light on firms that will not follow suit. The Guardian, for example, has already reported that fellow investment giant Vanguard has declined to do so.

Readers, viewers and listeners might be interested to learn that climate-damaging companies have performed quite poorly over the past decade, as public concern and government focus on the climate threat have increased. According to the Times, energy companies in the Standard & Poor’s 500 increased in value a mere 2 percent over the past decade, while “the broader S&P 500 nearly tripled.”

Oil companies’ insistence on staying the course has led Mark Carney, the head of the Bank of England, to warn for years about a “carbon bubble” threatening the world economy. Excess fossil fuel is currently counted as “wealth” on company balance sheets and stock market valuations; government and popular efforts to stem fossil fuel use might, in turn, combine to bankrupt companies and ruin investors, with ripple effects that would be felt across the global financial system. To avoid this doomsday scenario, the Bank of England will subject financial companies to “stress tests,” requiring companies to demonstrate their preparedness to weather a carbon bubble burst.

This dimension of the climate story presents an opportunity for news outlets to connect with audiences: Just as mom-and-pop investors and workers’ pension funds around the world were decimated by the collapse of the housing bubble in 2008, so would they be affected by an unwinding of the fossil fuel-based economy. Follow-up coverage can illuminate financial connections as the energy landscape shifts, identify vulnerabilities among specific areas and populations, and educate ordinary people about how best to protect themselves.

Too often in the media, we think of our business coverage as partitioned from the broader news of the day. But it’s very much businesses that led us to the current climate crisis. At a time when climate coverage seems finally to be catching on with audiences, we should expect climate business stories to have wide appeal.

Some additional coverage of note:

Thanks for reading, and see you next week.