Here’s a summary of how climate change is affecting weather events like flooding, droughts and extreme heat, as well as resources for journalists to report the connection. 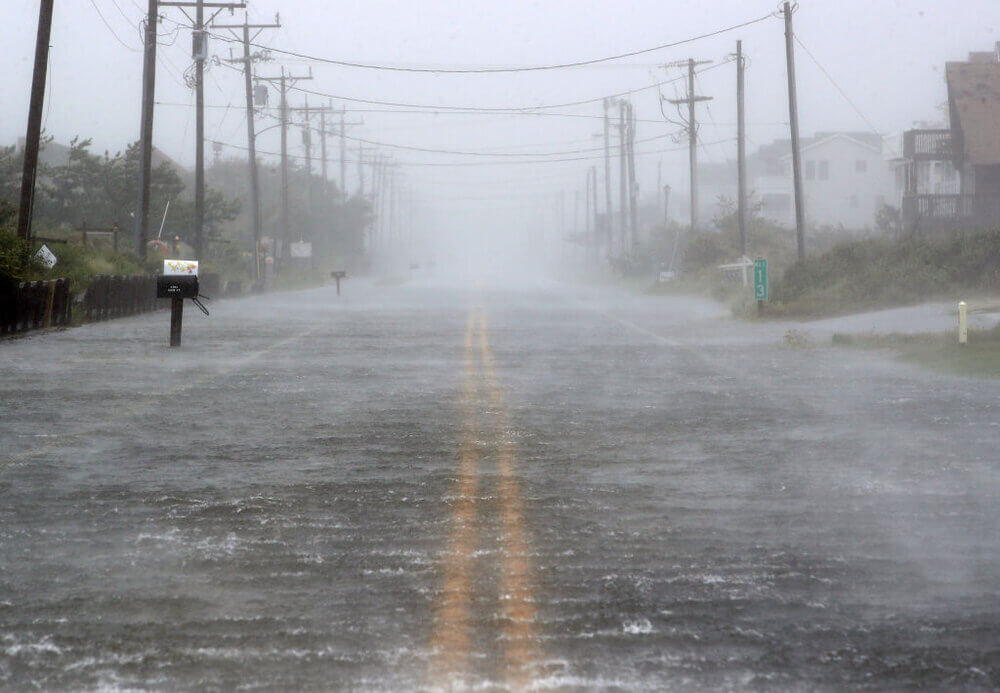 Extensive resources exist that break down how climate plays a role in each type of extreme weather event. Below, in excerpts taken from our friends at Climate Central, is a brief summary of how climate change affects various kinds of extreme weather events, as well as links to several resources to help you learn more. For related editorial resources, see CCNow’s new Extreme Weather Reporting Guide and video from our recent “Talking Shop” webinar.

Coastal flooding. As the world warms, land ice and ice shelves melt, with their water flowing into the global oceans. At the same time, the volume of the water itself expands when warmed. These two elements contribute to sea level rise. Globally, sea levels have risen about 7 inches since the beginning of the 20th century. This heightened level of water is increasing the number of coastal floods during regular high tides and during coastal storms, whether those storms are tropical systems or non-tropical systems such as Nor’easters. View Climate Central’s ‘Coastal Flooding’ Toolkit.

Drought. The link between climate change and drought conditions related to precipitation is still uncertain, but what is certain is that climate change makes droughts worse through its effects on temperatures. As temperatures continue to climb from increasing greenhouse gas emissions, evaporation rates also increase. The higher evaporation rates dry out land surfaces faster, making droughts worse. A dry ground also heats up more easily than a moist ground, making the area affected by drought even hotter. View Climate Central’s ‘Drought’ Toolkit.

Extreme heat. The increase in extreme heat is a direct result of a warming planet. … What was once considered a rare, exceptionally hot day is now becoming more common. Heat waves are getting hotter and longer and record high temperatures are outpacing record low temperatures. View Climate Central’s ‘Extreme Heat’ Toolkit.

Heavy Rain & Flooding. More heavy rain is one of the hallmark signs of climate change. As the atmosphere warms, more water evaporates from soils, plants, lakes, and oceans. For every additional 1°F of warming, the atmosphere is capable of holding an additional 4 percent of water vapor. So when this additional water vapor condenses into precipitation, it leads to heavier rain—or when cold enough, heavier snow. View Climate Central’s ‘Heavy Rain & Flooding’ Toolkit.

Hurricanes & Tropical Weather. Tropical cyclones, the more general term for hurricanes and tropical storms, get their energy from the warm ocean water. 90 percent of the additional heat entering the Earth is going into the oceans, and some regions of the ocean are now 3-4°F warmer compared to the start of the 20th century. While the number of tropical storms and hurricanes (also known as typhoons or cyclones in other ocean basins around the world) is not necessarily increasing, the ones that do form can become more destructive due to the higher water temperature. Early research also suggests that warming water may lead to more rapid intensification of hurricanes. View Climate Central’s ‘Tropical Weather’ Toolkit.

Severe weather, incl. thunderstorms and tornadoes. A warming world provides more energy for these severe local storms because of a warmer, more moist environment. While it’s still unclear how exactly climate change is impacting tornadoes … [the] long-term tornado record indicates that there has been an increasing variability in the number of tornadoes from year to year in the United States, with an overall trend toward fewer days with tornadoes per year but more tornadoes on the days in which they do occur (outbreak days). View Climate Central’s ‘Severe Weather’ Toolkit.

Snow & Ice. Even in a warming world, there will still be snow. But the amount of snow and when it falls is already changing. Snow cover across the Northern Hemisphere and North America are both declining, on average, with the decreases most pronounced in spring and fall. However, snow may be heavier in places where it is still cold enough to snow since a warming world also comes with more evaporation, leading to more intense precipitation. View Climate Central’s ‘Snow & Ice’ Toolkit.

Wildfires. Dry winters, early-onset springs, and drier soil stresses forests and turns trees into kindling for wildfires. The annual average wildfire season in the Western U.S. is 105 days longer, burns six times as many acres, and has three times as many large fires (more than 1,000 acres) than it did in the 1970s. Climate change is expected to continue increasing temperatures and reduce moisture across the West, in part by causing a smaller and faster melting snowpack. These changes will further precondition Western landscapes for more, and more intense, wildfires. View Climate Central’s ‘Wildfires’ Toolkit.