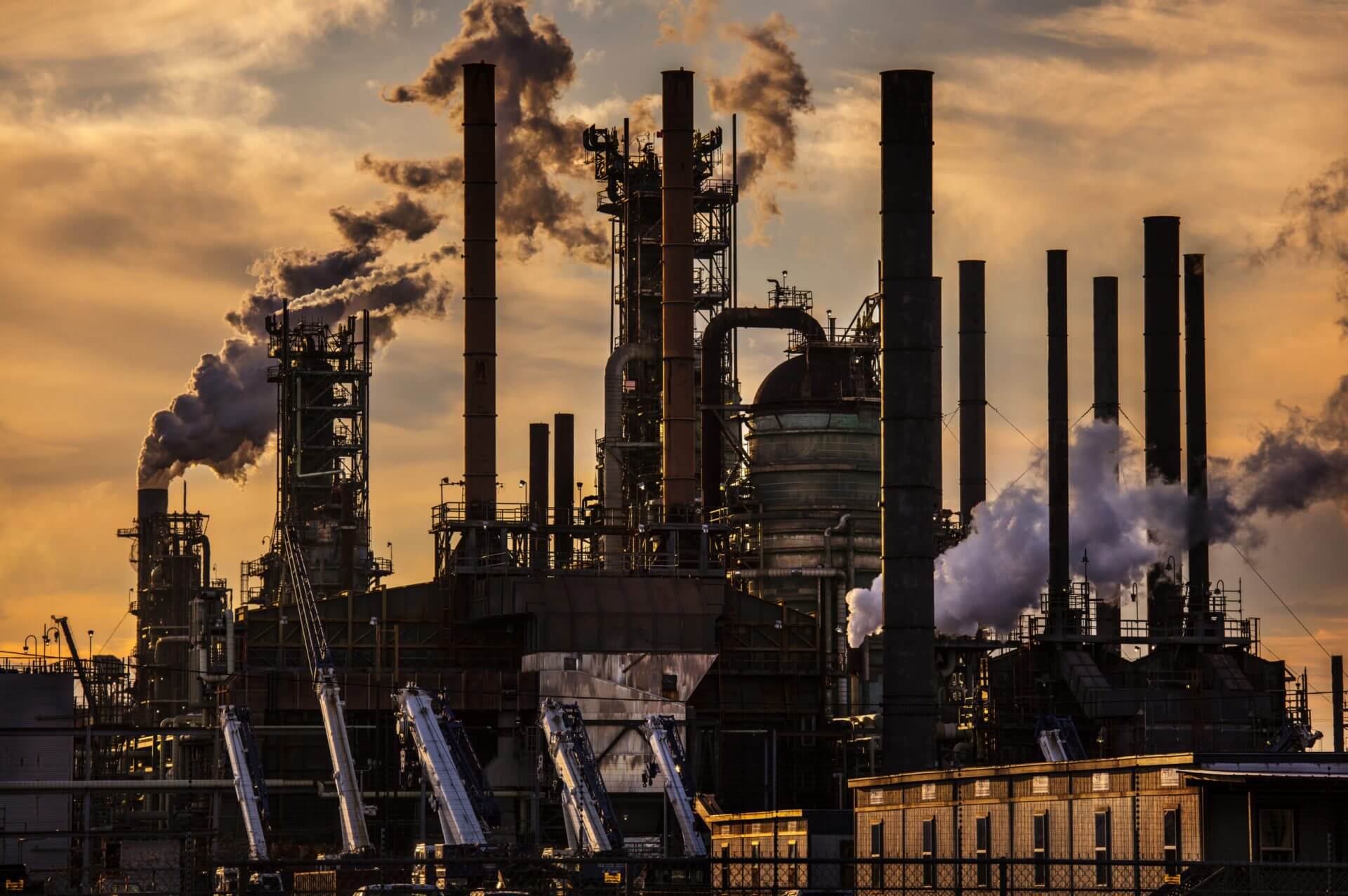 Fossil fuel companies have been lying for decades about climate change, and humanity and natural systems everywhere are paying the price. And more suffering, loss, and damage lie ahead, because those same companies, and the politicians who do their bidding in Washington and other world capitals, continue to lie and obstruct action. (Exhibit A: the unanimous Republican opposition that, along with coal baron West Virginia senator Joe Manchin, is blocking President Joe Biden’s climate legislation in the US Senate.)

As journalists, we should deal with these facts by making the industry’s amply documented record of deception and delay central to our ongoing coverage of the climate story. In the 1990s the media began to inform the public, belatedly, that tobacco companies lied about the dangers of smoking. Today, audiences need to hear how fossil fuel companies have known since the 1980s that their product could render Earth uninhabitable — and chose to lie about that knowledge, over and over again, in order to deter government action that might threaten their profits.

This history is ably summarized in a three-part documentary, “The Power of Big Oil,” currently airing and streaming on PBS Frontline and scheduled for broadcast this summer on the BBC. For too many years, most of the media has largely ignored this scandal, despite revelations that should have captured newsrooms’ attention.

Solid reporting on the industry’s doings first emerged in 1995 when a cover story in Harper’s revealed corporate funding of scientists who disputed the consensus view that burning fossil fuels was overheating the planet. In 2006, Vanity Fair exposed the “tobacco connection”: A key scientist denying climate change had previously received $45 million from tobacco companies for research casting doubt on smoking’s health impacts.

In 2015 came the most sensational scoop: The Los Angeles Times, Columbia Journalism School, and Inside Climate News unearthed voluminous internal documents showing, among other damning points, that Exxon scientists told the company’s senior executives in the 1980s that burning fossil fuels would lead to “potentially catastrophic events.” Yet US media as a whole barely took notice — no TV network mentioned the 2015 scoops — and in some ways it still hasn’t.

We encourage newsrooms to cover Big Oil’s lies, deception, and obstruction on climate change like the crime story it is. Let’s remember that just because journalists are aware of the fossil fuel industry’s long history of deceit, that doesn’t mean the public is aware as well. And there are plenty of news pegs to seize. State governments in New York and Massachusetts are pursuing lawsuits against ExxonMobil for its climate lies and the resulting damages; a Second Circuit judge recently ruled against the oil giant’s attempt to block the suits. Other jurisdictions have filed similar lawsuits; the Sabin Center for Climate Change Law at Columbia University maintains a running tally. Journalists can also cover the human and economic damages that have given rise to these lawsuits. To spark story ideas, check out the Guardian and Covering Climate Now’s ‘Climate Crimes’ series. Robust coverage is essential.

“We won’t solve the climate crisis unless we solve the misinformation crisis,” US representative Ro Khanna said in an interview for “The Power of Big Oil.” The industry certainly hasn’t stopped peddling misinformation. Its CEOs recently lied to Khanna’s House of Representatives subcommittee when they denied that the companies ever lied about climate change and claimed they’re serious about solving the problem, even as their business plans call for increasing fossil fuel production for decades. The crime, in short, continues. As CCNow’s executive director Mark Hertsgaard wrote in a column launching the ‘Climate Crimes’ series, “Every person on Earth today is living in a crime scene.” Our coverage should reflect that — and hold the culprits to account.

This month marks the third anniversary of the founding of Covering Climate Now, which originated at a conference held April 30, 2019, at Columbia University’s Graduate School of Journalism in New York City. In a closing speech still worth watching, TV newsman Bill Moyers urged the overflow crowd of hundreds of journalists to “tell the climate story so people get it.” Since then, 500-plus news outlet partners have produced more and better climate coverage, collaborated on joint coverage weeks and interviews with climate leaders such as UN Secretary-General Antonio Guterres and activist Greta Thunberg, and helped define standards of excellence for newsrooms everywhere. We are beyond grateful to the journalists committed to this work, to the funders whose financial support has helped to make it possible, and to the countless people around the world working to defuse the climate emergency. Onwards!

Democracy meets climate. “We have to save the democracy in order to save the climate and save our species,” US representative Jamie Raskin (D-Md.) said during Climate One public radio’s one-hour podcast, part of CCNow’s ‘Climate & Democracy’ reporting project. Heather McGhee and Rebecca Willis were also featured. From Climate One…

In memoriam, Wynn Bruce. On Earth Day, a 50 year old climate activist from Colorado, set himself on fire outside of the United States Supreme Court in Washington, DC. He perished from the injuries he sustained. From Adam Gabbatt in the Guardian…

1.5 to stay alive. ‘Time to 1.5,’ the newest season of the podcast Threshold, focuses on the imperative of stopping global temperature rise at 1.5 degrees Celsius — including how far off track we are and what we’re risking by not acting decisively and rapidly enough. From Threshold…

More disasters ahead. The latest United Nations findings state that the pace of “natural” disasters is accelerating due to climate change and “inadequate risk management,” and that by 2030, the world is projected to experience about 560 disasters a year. From Down to Earth…

Unrelenting heat. Record-high temperatures have scorched India throughout this spring; this was the warmest March on record in 122 years. This is the climate emergency in real-time. From Matthew Cappucci at The Washington Post…

ICYMI. Al Roker spoke with Columbia Journalism Review’s editor and publisher, Kyle Pope, about his path onto the weather beat and reporting on climate change. Read it.

Climate solutions. Media Matters has a new report analyzing broadcast networks’ coverage of climate solutions, looking at five years of data, beginning in 2017. The best and most robust coverage aired in 2019, second best was 2021. Check out their findings here.

Fellowship. Grist is accepting applications for its environmental justice fellowship. 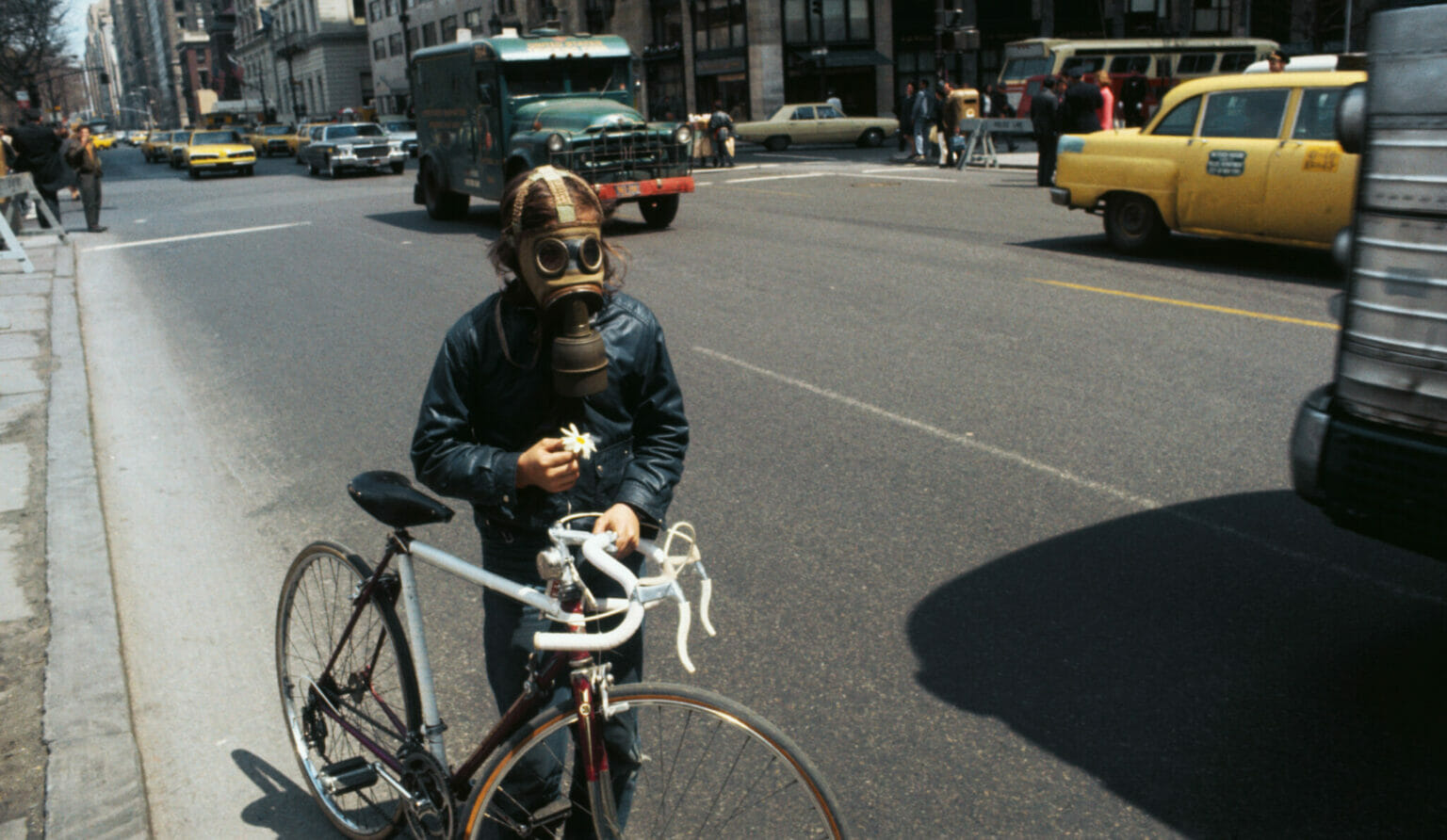 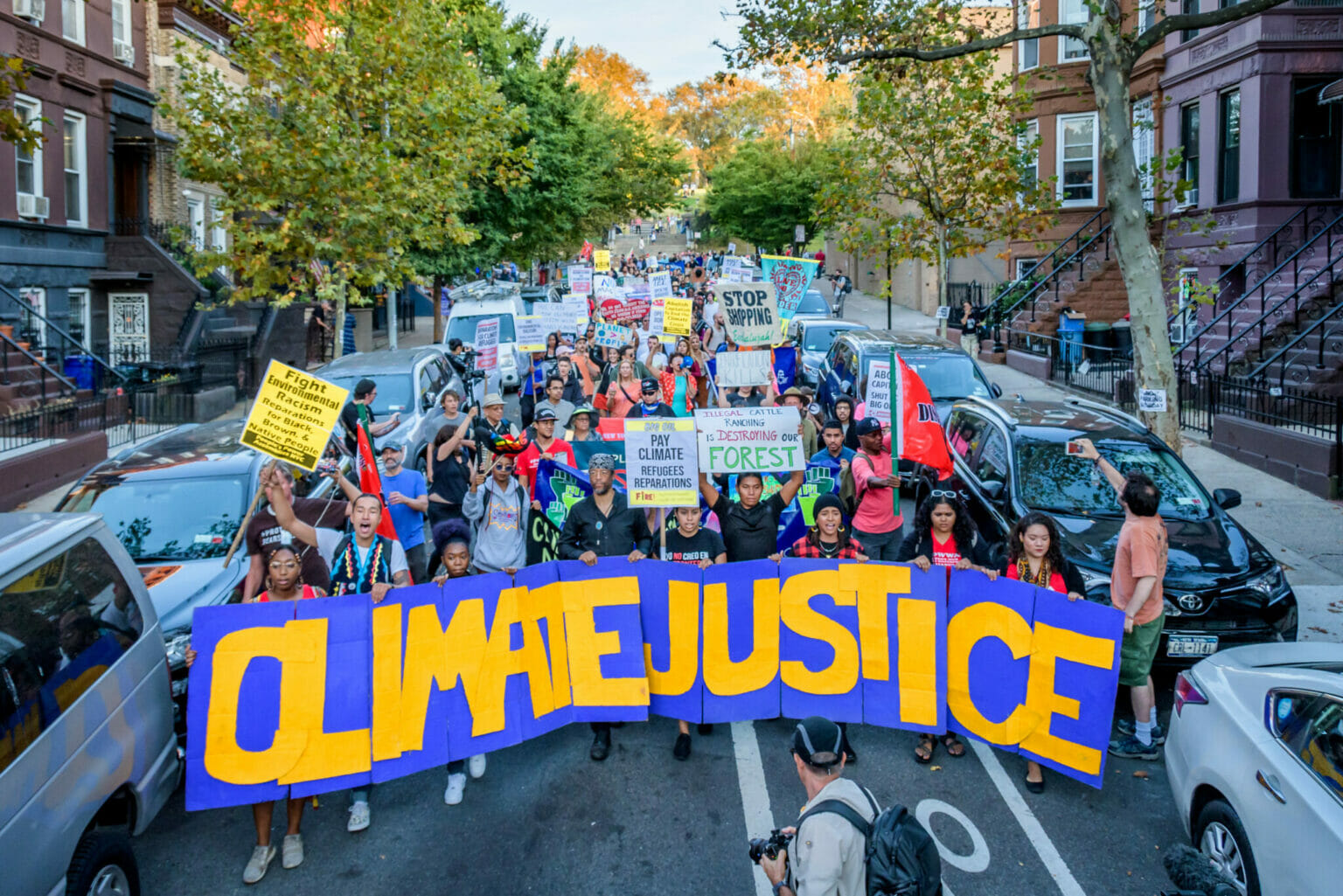 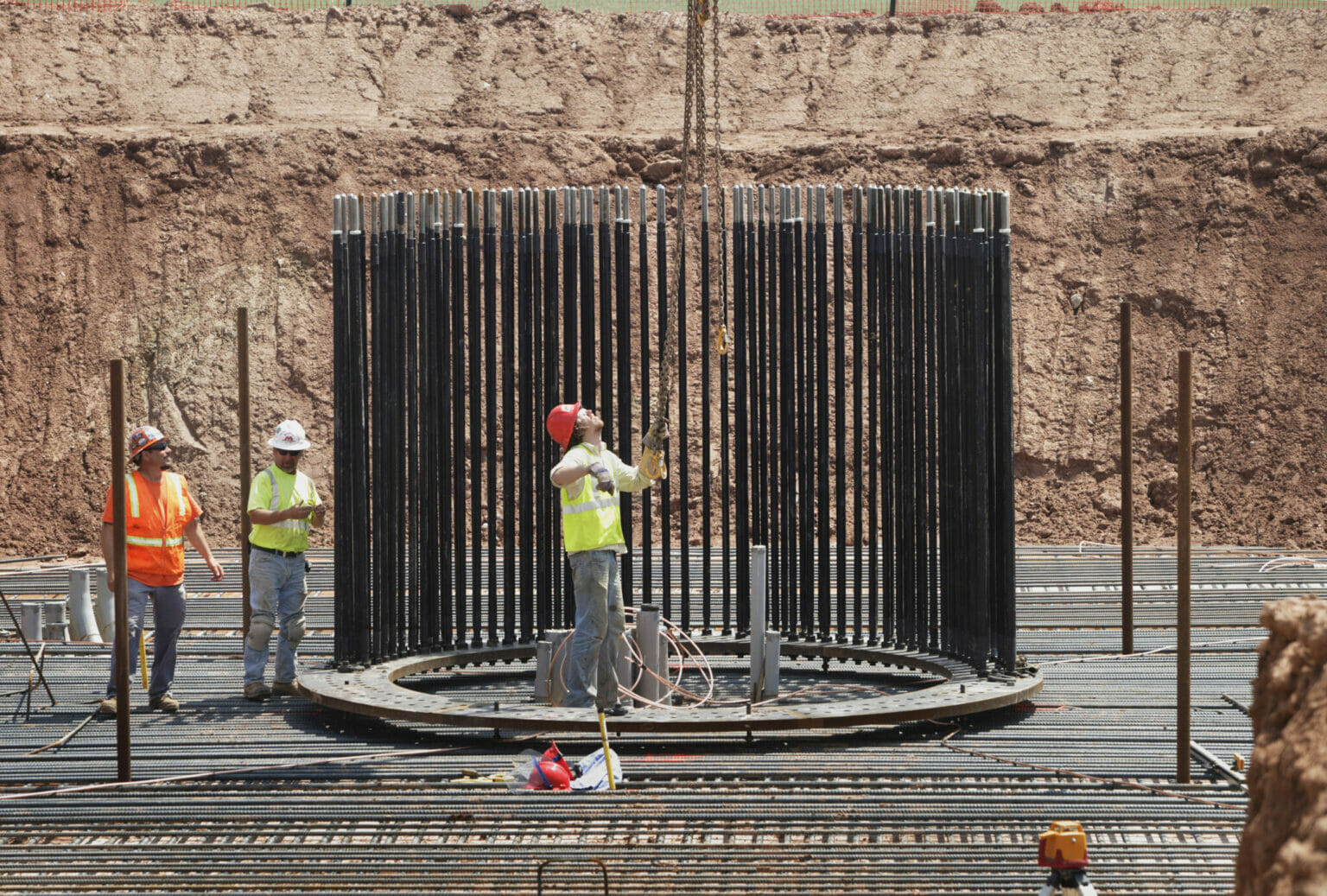 “Game Over” for Fossil Fuels?