The Clock Is Ticking: Are Journalists Serving the Public, or Themselves?

As journalists, it’s our job to serve the public. Too often, we forget that—and both the public and our reputations suffer. 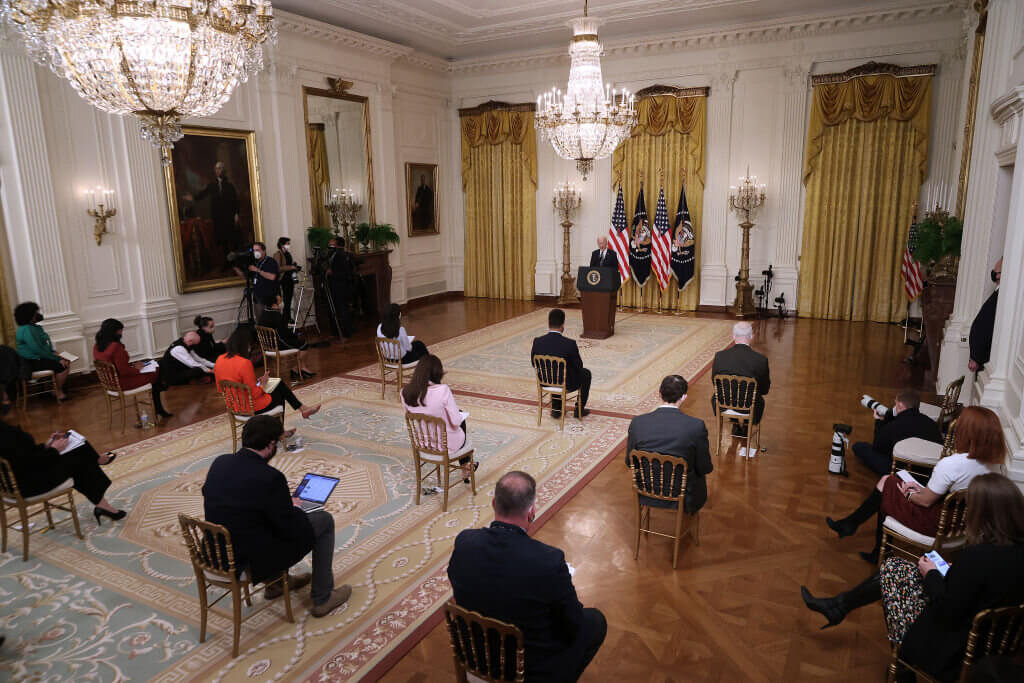 As journalists, it’s our job to serve the public. Too often, we forget that—and both the public and our reputations suffer. Anyone wanting to understand why the press is held in low regard by so many Americans need look no further than the performance of White House correspondents at the first press conference of the Biden presidency last week. With rare exceptions, reporters’ questions exhibited the worst kind of inside-the-Beltway self absorption, focusing on trivial hypotheticals and partisan minutiae. Not a single question was asked about the pandemic that has killed more than 547,000 Americans. Nor was there a question about climate change, which only threatens, you know, civilization as we know it.

After four years of demonization by the previous administration, the press had an opportunity to show the public it can provide the information and insight needed to be informed citizens. Instead of asking Biden whether he would seek re-election in four years, why not ask what he plans to do over the next four months to overcome Republican opposition to his climate agenda? Or when Americans still suffering from the pandemic’s economic fall-out can expect to see the “millions” of green jobs Biden promised to create? And what about candidate Biden’s pledge to prosecute fossil fuel companies for their decades of lying and obstruction that helped cause this mess—when will the Justice Department bring its first case?

The public deserves better, much better. Which is why, during Covering Climate Now’s April 12 to 22 Joint Coverage Week, partner news outlets will focus on the human aspects of “Living Through The Climate Emergency,” running stories both about how people are experiencing the emergency and how all of us can survive it. Participants include some of the biggest names in news—Reuters, Bloomberg, Agence France-Presse, NBC News, CBS News, PBS, VICE, Noticias Telemundo, Al Jazeera, The Guardian, Asahi Shimbun, Times of India—and many local outlets around the world. And we plan to make a lot of noise.

New and Recent From CCNOW

REMINDER: April Joint Coverage Week. To help newsrooms prepare, we’ve created a new reporting guide, which unpacks what we mean when we say that climate is a story for every beat. Partners: please email us about your coverage plans, and how we might help amplify their reach. And please consider joining CCNow’s new slack channel (see below) to share ideas with other partners, as well.

**Next week, keep an eye out for a Joint Coverage Week preview.**

Our new community discussion space. We’ve just launched a Slack workspace dedicated to sharing ideas and resources, developing opportunities for collaboration, and learning together. All partners and member journalists received an email with instructions to join us! Please reach out to our engagement editor, Mekdela Maskal, mekdela@coveringclimatenow.org, if you’re having issues or didn’t receive the email. All journalists are welcome to join the conversation, and can sign-up here.

Wednesday, April 7: Texas Training. The next in our new series of region-specific events, focused this time on Texas (yes, we know it’s just a state—but it’s a big one!), will be held next Wednesday, April 7. Similar to our February Talking Shop, “Boosting Your Climate Confidence on Every Beat,” we’ll offer basics on the science, politics, and economics of climate change, as well as ideas for how to tell human-centered stories that engage audiences. Panelists will include journalists from The Texas Observer, Indian Country Today, WFAA-TV in Dallas, along with the expert climate science communicator Katharine Hayhoe, of Texas Tech University. The webinar is set for April 7 at 1pm Central time, 2 Eastern. Learn more and RSVP here…

**And check out this recap of our last region-specific event, which focused on the South, with guests from Southerly, The Times Picayune | The New Orleans Advocate, Moms’ Clean Air Force, and Louisiana State University.**