The January 6 Anniversary and the Climate Emergency

We start the year with an urgent call to action for 2022. 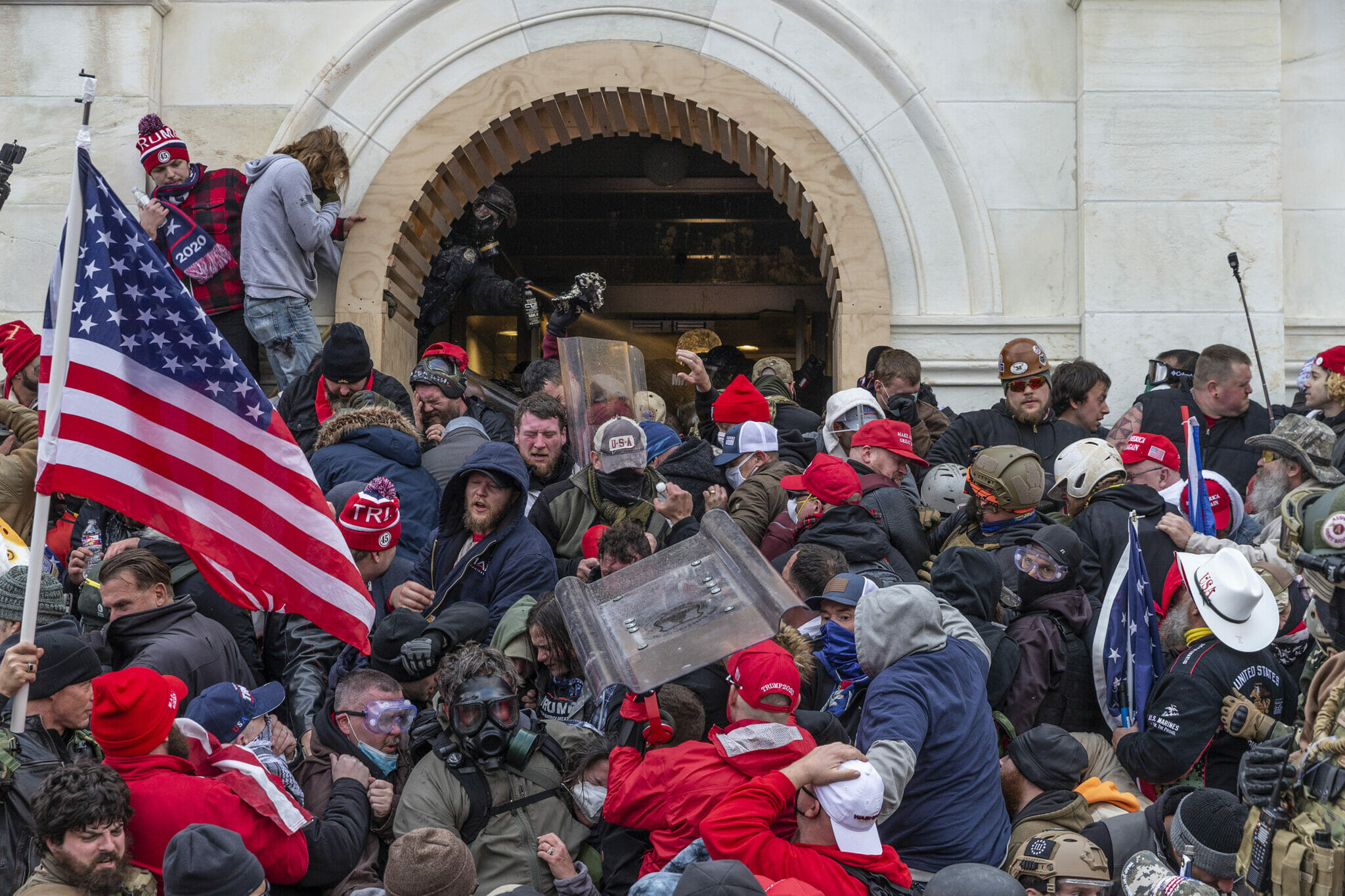 Pro-Trump rioters broke windows and breached the Capitol building in an attempt to overthrow the results of the 2020 election. Police used batons and tear gas grenades to eventually disperse the crowd. Rioters used metal bars and tear gas as well against the police. (Photo by Lev Radin via Getty Images)

Happy New Year from the team at Covering Climate Now! Here’s to a great year of collaboration, as well as rigorous, creative, and engaging climate reporting. As the US faces a grim milestone — the first anniversary of the January 6 assault on the US Capitol — we’re starting off 2022 with a big call to action: If humanity is to defuse the climate emergency, we must defuse the democracy crisis in the US and around the world, and to do that, journalists everywhere must hold power to account with renewed vigor and tenacity.

The job ahead is hard. In the US, a significant portion of Republican voters still believe former president Donald Trump’s Big Lie that the 2020 election was stolen, and peddling that lie is practically a requirement for Republican politicians who wish to remain in their party.

That’s just one sign among many that a year after the insurrection, American democracy is in crisis — and jeopardizing humanity’s collective ability to address the climate emergency.

As the US gears up for the 2022 midterm elections, Republicans are working to take hold of  the election machinery in battleground states and beyond, Nicholas Riccardi reports for the Associated Press. At least 216 bills have been introduced by Republicans in 41 states to give legislatures more power over elections officials.

Strong, well-functioning democracies — around the world — are critical to defusing the climate emergency. Covering Climate Now executive director Mark Hertsgaard writes today that most of the worst laggards at the COP26 climate summit — China, Russia, Saudi Arabia, Brazil, India, and yes, the US — are countries where authoritarianism is entrenched or on the rise.

The democratic crisis facing the US and the climate crisis are each “grounded in a Big Lie — that climate science is a hoax, that Trump won in 2020,” Hertsgaard writes. Both are “pushed by the same right-wing politicians and propaganda ‘news’ outlets and embraced with cult-like devotion by Trump’s followers.”

A free and fearless press is foundational to democracy. That’s why we’re urging journalists to turn their attention to how the growth of authoritarianism threatens humanity’s ability to tackle the climate crisis. Journalism must arm the public with information about how to counter both the climate and the democracy crises — for example, by voting; speaking with friends, family, and co-workers; and, not giving up hope.

Best practices. As we head into a new year of climate reporting, see our 10 best practices for climate journalism. Check it out.

Lessons for 2022. Mark Hertsgaard talks to Canada’s National Observer about lessons learned covering the climate crisis in 2021 that are applicable in 2022, including the importance of holding both governments and corporations accountable, following the money, and telling the whole climate story by highlighting — and scrutinizing — potential solutions. Watch now.

Climate-fueled and weather-driven. Trace the climactic and weather conditions of the past year that led to the unexpected and devastating Marshall fire in Colorado in December. From Jason Samenow, Jacob Feuerstein, and Becky Bolinger at the Washington Post…

Doomsday glacier. New data suggests the Thwaites Glacier in Antarctica, one of the most crucial tipping points in our climate system, could collapse within the next five years and cause significant sea level rise. By Jeff Goodell at Rolling Stone…

Without Congress. These five climate moves by the Biden administration are a reminder of how far-reaching the US federal government’s power is, and how much accountability work there is to be done by journalists on issues that aren’t dominating the 24-hour news cycle. By Marianne Lavelle and Nicholas Kusnetz at Inside Climate News…

Don’t look away. The new climate breakdown film “Don’t Look Up,” the third most viewed film on Netflix ever, has journalists and the media sector squarely in its crosshairs, and columnist George Monbiot, who broke down on live TV following COP26, can relate. From the Guardian…

Music industry sustainability. REVERB, a non-profit partnering with musicians — including Billie Eilish, Harry Styles, Pink, Brittany Howard, and Guster — and music venues and fans, is leading a movement to green the industry, from tour buses to water bottles to funding carbon sequestration. By Tom Casciato at PBS NewsHour…

2022 stories to watch. The World Resources Institute will host a discussion on what actions are required from governments and businesses in order to deliver on their climate and sustainability promises, and how various commitments will get us through the transition. Jan 19, 2022. Register here.

Climate reporting. The World Association of News Publishers will host a virtual global summit on journalism and the climate crisis. Program and speakers are still to be announced, but, in the meantime, you can check out their helpful new climate reporting guidebook. Feb 22-23, 2022. Register here.

Writing struggles. We thought journalists might take inspiration from Jon Greenberg’s advice in Poynter, which draws on the new Beatles documentary, to embrace the “mess of the moment.” Read it here.

Jobs.  CalMatters is hiring an environment reporter. EcoRI is looking for an editor. GreenBiz is hiring a climate tech editor and a managing editor. Local Media Association is recruiting an editor/project manager for their Covering Climate Collaborative initiative.  Mississippi Ag & Water Desk seeks an expert journalist. Politico is looking for a sustainability reporter. 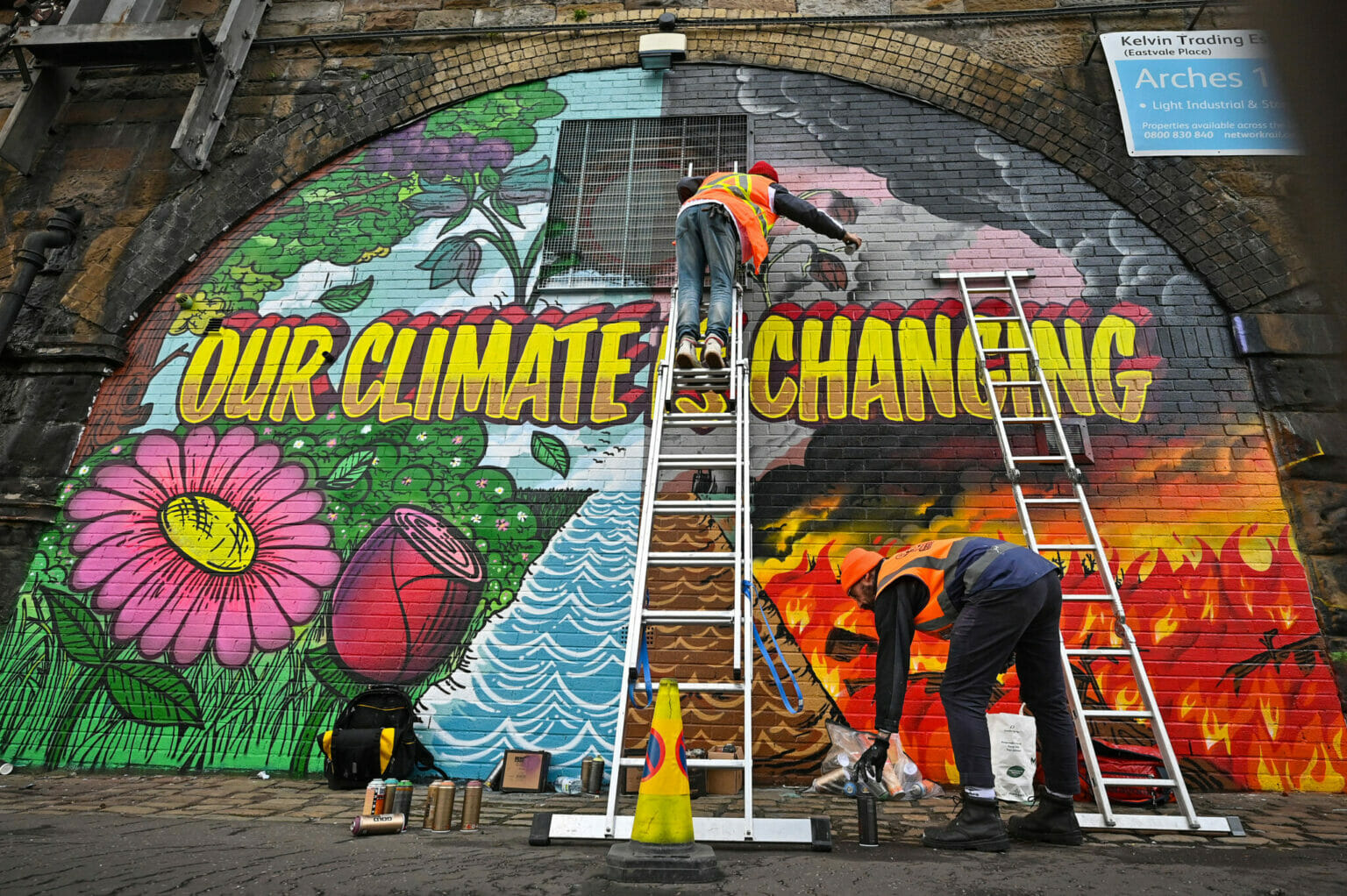 2021 brought many disappointments, but solutions are at hand. 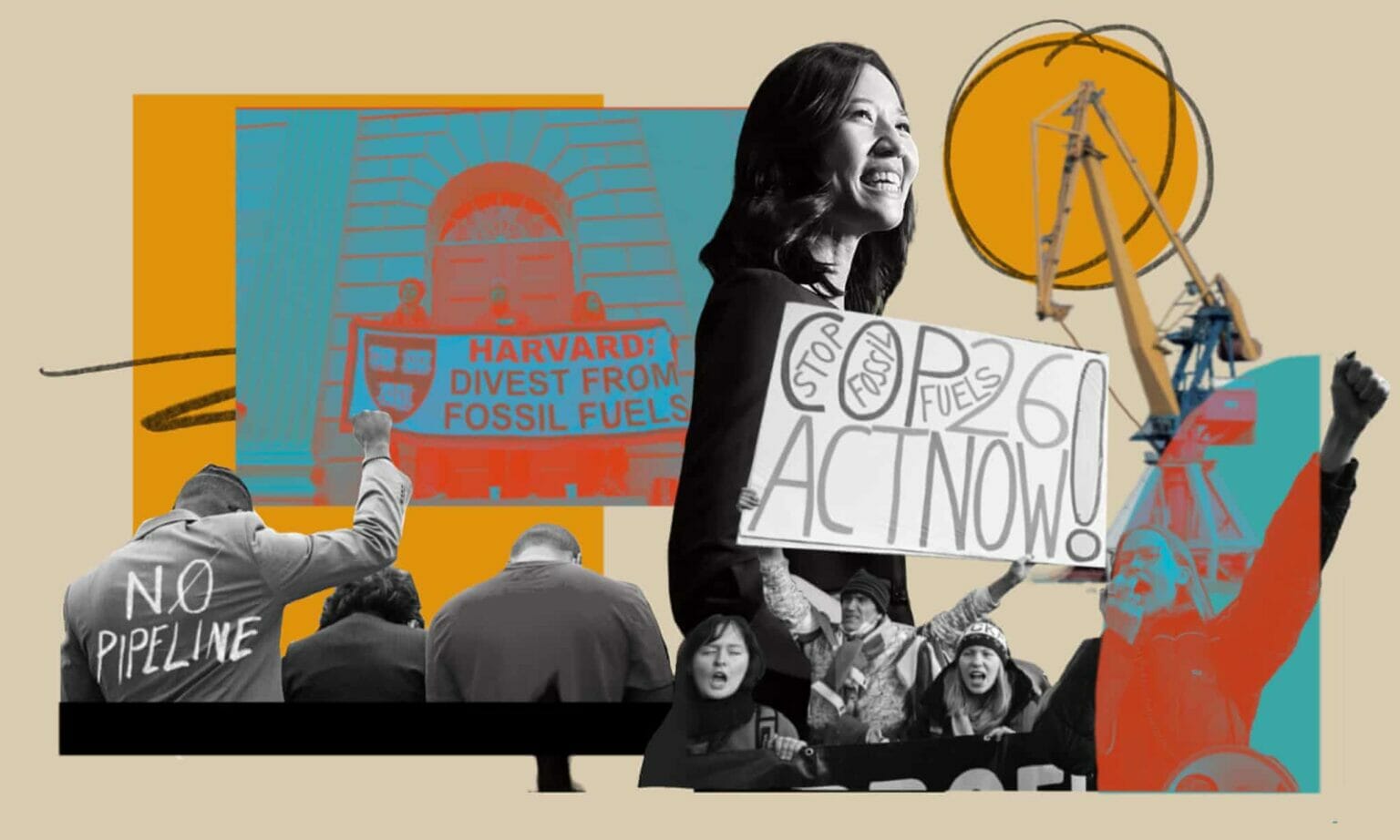 The Climate Victories of 2021 that Put Fossil Fuels in Check

From local activism to shareholder rebellions, here’s what climate advocates accomplished over the last year. 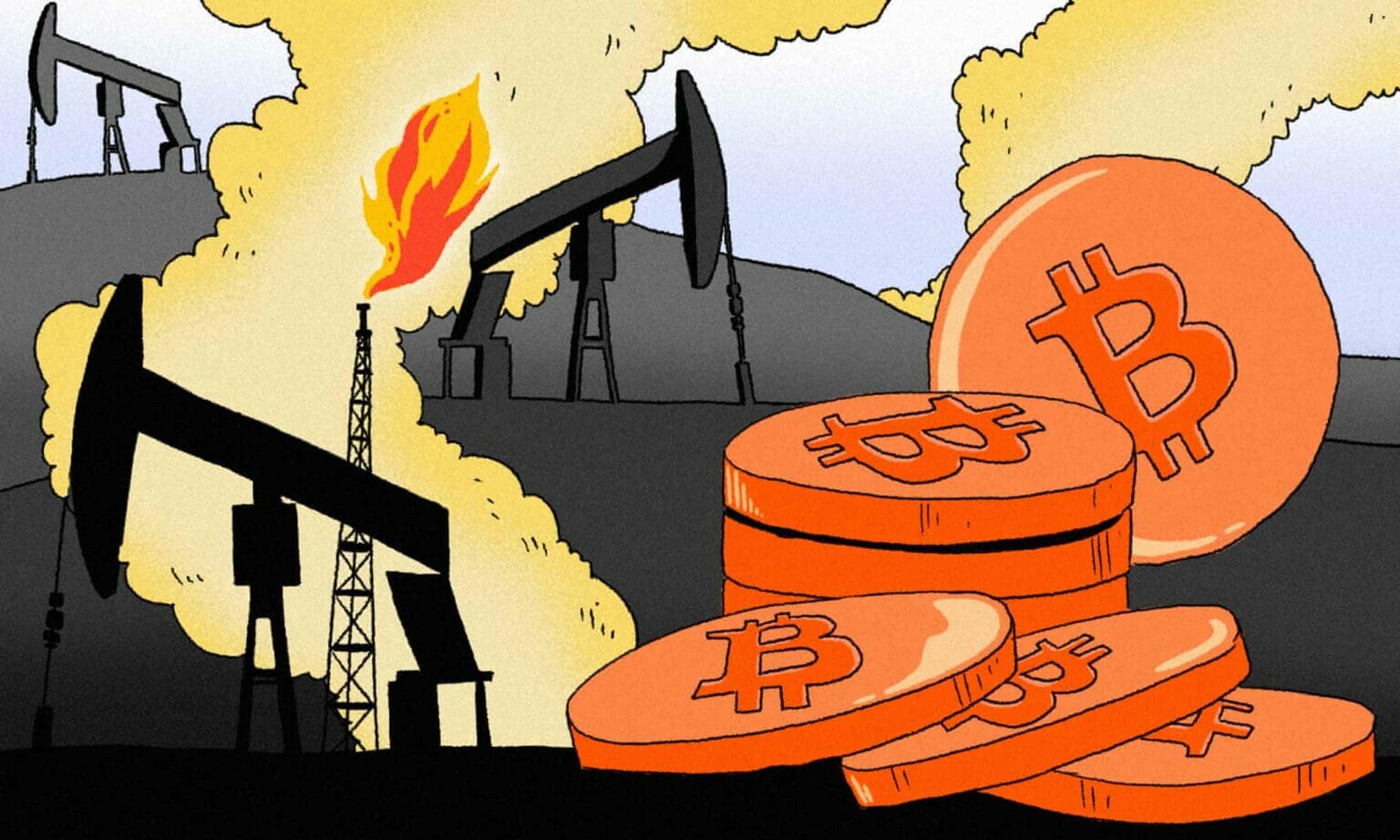 Climate experts warn that plans to repurpose waste gas is not a solution, but more like placing a Band-Aid over a gaping wound.