This Heat Is Not Just Another Disaster Story 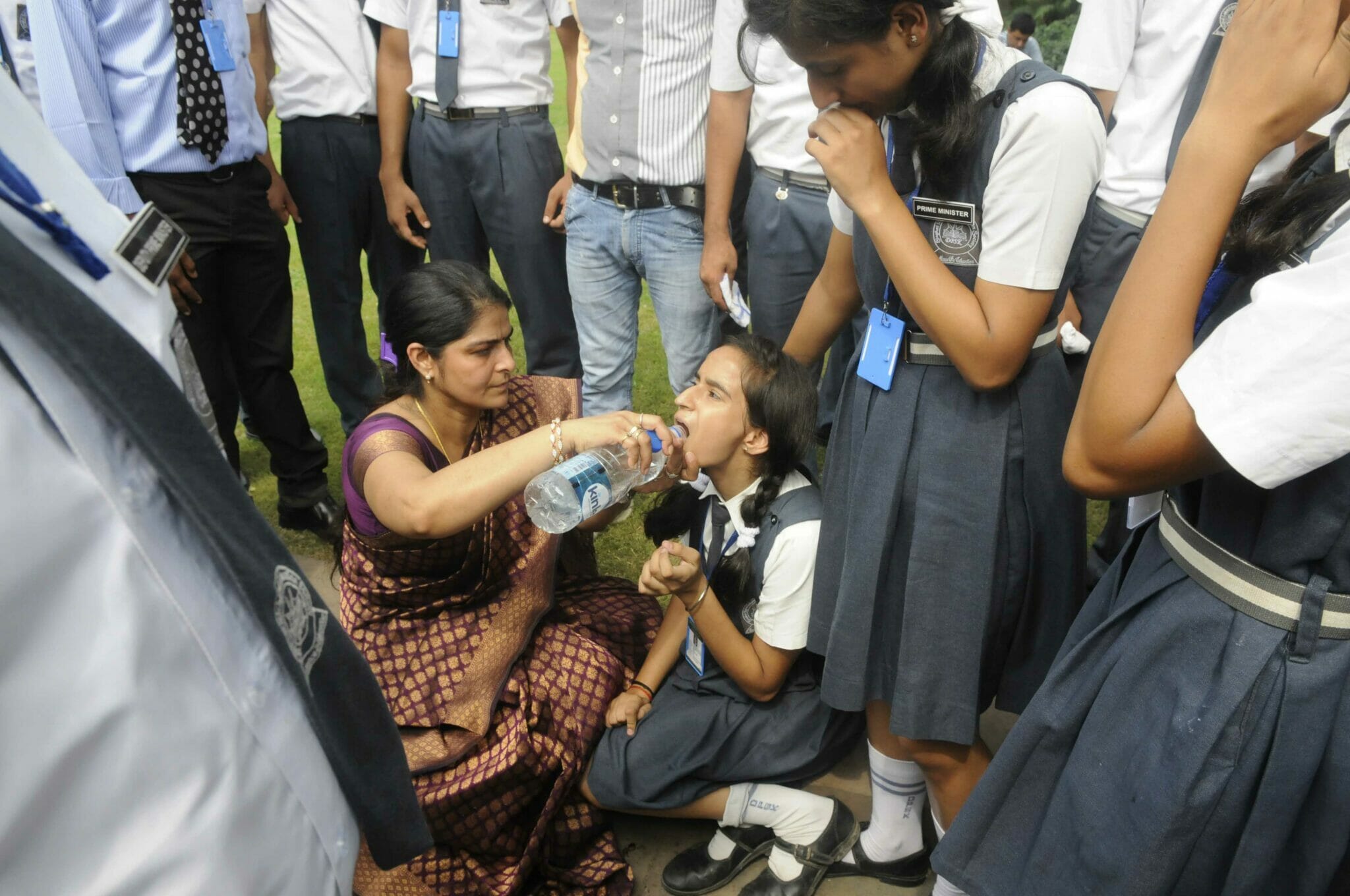 A school girl fainted due to hot weather during the Parliament monsoon session at Parliament House in New Delhi, India. (Photo by Sushil Kumar/Hindustan Times via Getty Images)

United States senator Joe Manchin’s surprise announcement on Wednesday that he and Senate Majority leader Chuck Schumer had reached a deal on a climate spending package brings fresh hopes for transformative climate legislation in Washington — more on that below. Manchin’s about-face comes as the crushing heat that has baked vast swaths of the planet for much of 2022 continues. Thousands have already died in Europe alone, a figure that is certain to increase, particularly for the most vulnerable. And as United Nations Secretary-General António Guterres points out: “People in Africa, South Asia and Central and South America are fifteen times more likely to die from extreme weather events.”

The media, to its credit, is staying on the story, and more and more coverage is reporting what science unequivocally says: This is climate change in action. But many news stories, especially in the US, are still not making the climate connection. Without it, the coverage amounts to just another disaster story, which these heat waves definitely are not.

Here’s a tool to fix that: climate attribution science.

Attribution science is the process of determining the size of climate change’s fingerprint on a given extreme weather event. To calculate the size, scientists run simulations of today’s climate and compare them to simulations of a climate without human-caused greenhouse gas emissions.

“Every heatwave in the world is now made stronger and more likely to happen because of human-caused climate change,” according to the international research collaboration World Weather Attribution. So for every story on extreme heat, journalists can be 100% confident in making the connection to climate.

It only takes a few words, as in this CBS News story on Europe’s recent heat. For a mass audience, there’s no need to go into the sometimes complex methods behind climate attribution science — just summarize the conclusions. (See below for resources to help journalists understand attribution science.)

The 2022 heatwaves call on journalists to contextualize our disaster coverage — to show what is happening, but also to explain why it’s happening. Climate attribution is essential to that task. Without it, the public is left not only uninformed but misinformed, implicitly told that this deadly heat is just another disaster, like the earthquakes that have punctuated human history for millennia. That is dangerously false. If it weren’t for climate change, this extreme heat would not be happening.

CCNow Q&A. CCNow regularly speaks with a different journalist about their experiences on the climate beat. This month’s interview is with Brian Lehrer, host of The Brian Lehrer Show on WNYC in New York City. “If you’re afraid the climate story might be insider-y and wonky, I think you’ll actually find there are many ways into the story that are relatable to people’s everyday lives.” Read it here…

Climate deal!? It’s too soon to know how big a deal the climate legislation senators Manchin and Schumer just announced will be. The headline numbers — investing $369 billion in carbon-free energy to slash US greenhouse gas emissions 40% by 2030 — are impressive, but close analysis of the 725-page bill is needed to judge its actual strengths and weaknesses. Manchin’s statement that the bill takes an “all of the above” approach that “does not arbitrarily shut off our abundant fossil fuels” suggests caution. Leah Stokes, a University of California, Santa Barbara professor who advised Democrats on the bill, acknowledged: “There will be some difficult trade-offs, but it’s going to be ten times as much good stuff as bad stuff.” Here’s an overview of what’s in and what’s out of the legislation, which Democrats hope to vote on next week. By Maxine Joselow at The Washington Post…

Republicans get a pass. Press coverage treats Manchin as the nation’s climate decider-in-chief, “but Manchin only matters because all 50 GOP senators are willing to let the planet burn,” writes CCNow executive director Mark Hertsgaard in The Nation…

Shady. Sleezy. Corrupt. Hundreds of leaked documents show that US power companies have secretly spent millions of dollars to fight the transition to clean energy. “I want you to make his life a living hell … seriously,” wrote Eric Silagy, Florida Power & Light’s CEO, in a 2019 email about state Senator José Javier Rodríguez, who had proposed clean energy legislation. By Mario Alejandro Ariza and Miranda Green for Floodlight and Annie Martin for Orlando Sentinel, via the Guardian…

Heat.gov. The Biden administration has launched a new website designed to keep people safe during extreme heat. It includes interactive maps, forecasts, tips on staying cool, and other information designed to help officials throughout the US prepare for and cope with heatwaves. By Denise Chow at NBC News…

Here’s a quick breakdown of the new climate bill, from Leah Stokes:

We now have a game-changing clean energy and climate package ready to go in the Senate. What’s in the “Inflation Reduction Act of 2022?” $369 billion in transformative investments.

Attribution. For a quick overview of climate attribution science, watch this video from The Wall Street Journal, or listen to this piece at NPR. To go deeper, check out World Weather Attribution’s helpful guide for journalists on reporting extreme weather and climate change.

Ask an expert. Columbia Climate School has an extensive list of climate experts and disaster experts who are available to help journalists in their reporting.

LGBTQIA+ communities. The National Integrated Heat Health Information System, whose website is Heat.gov, is hosting a new webinar series focusing on specific groups that are disproportionately at risk of heat illness or death, and often overlooked. The first in the series will focus on LGBTQIA+ Communities. August 24th. Register.

Jobs. The Uproot Project has a position open for a remote, part-time audience engagement associate. Grist is recruiting a staff writer on climate impacts and adaptation. The Washington Post is looking for a senior correspondent focusing on climate & environment and an extreme weather and natural disasters reporter. NPR is recruiting a senior climate editor.

Fellowships. Climate Tracker is offering 10 fellowships for journalists between the ages of 18 and 35 to cover COP27, in November, either in-person or virtually. Mongabay is seeking 12 fellows for their English- and Spanish-language news bureaus. 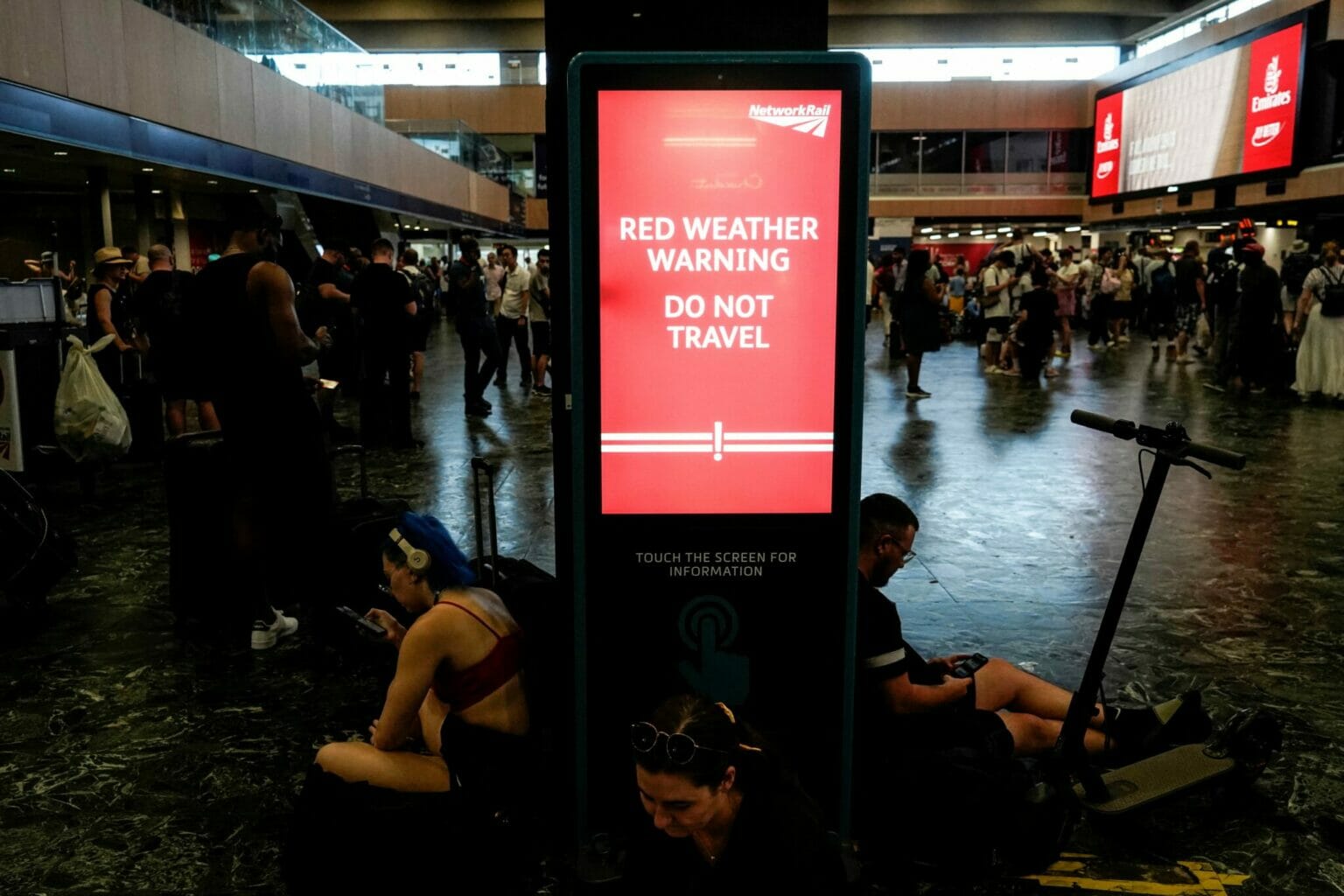 Do We Finally Get It Now?

As the world bakes and burns, more news coverage is making the climate connection.