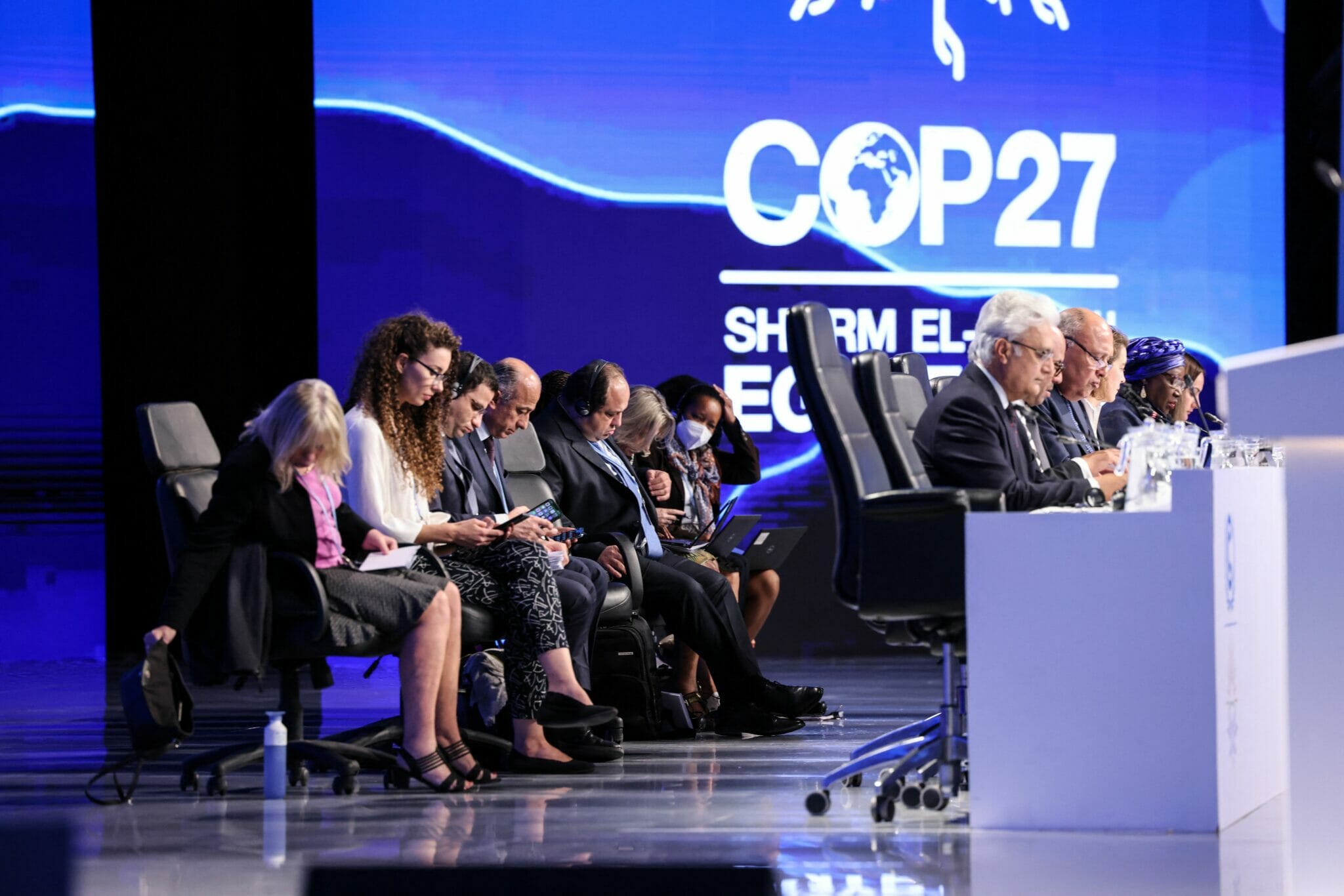 The UN climate conference COP27 wrapped over the weekend in Sharm el-Sheikh, Egypt, with a hard-fought deal reached on the creation of a loss and damage fund to compensate developing countries for the devastating and irretrievable losses suffered as a result of climate change.

The breakthrough came after the US reversed its opposition to the creation of such a fund on Saturday, a day after the two-week conference was set to end. This is a hard-won victory. For decades, developing countries most vulnerable to climate change have been fighting for rich countries to pay for damage caused by destructive storms, heatwaves, and droughts linked to rising temperatures. (Carbon Brief has produced a helpful timeline on loss and damage.)

While many diplomats and climate activists welcomed the landmark deal — the details of which are expected to be worked out in the coming year — the summit outcome was widely viewed as a failure on efforts to cut carbon dioxide emissions, the Guardian reported. “Our planet is still in the emergency room,” warned UN Secretary-General António Guterres. “We need to drastically reduce emissions now — and this is an issue this COP did not address. The world still needs a giant leap on climate ambition.”

This week, in lieu of our normal newsletter, we’re highlighting strong journalism on the outcomes from COP27.

TIME magazine: Justin Worland digs into the “ground-breaking shift” that the new loss and damage fund represents. The deal ushers in a new era of climate policy, he writes, where compensating developing countries for climate impacts “receives top billing in international climate discussions — and questions of how to pay for it enters the conversation in capitals of developed countries around the world.”

The Washington Post: The paper’s editorial board sees a “good moral argument” for setting up loss and damage financing, but adds that getting legislative approval from the US and other developed countries for the fund will be challenging, especially given that rich countries have yet to deliver on their $100-billion pledge to help poorer countries adapt to climate change. The board urges the UN to “keep its primary focus on cajoling big countries to meet their current emissions pledges and to up their ambition.”

The Guardian: History will remember COP27 as “the moment when the dream of keeping global heating below 1.5C died,” writes Guardian environment editor Damian Carrington. But, he continues, that doesn’t mean giving up, because every fraction of a degree increase will lead to more devastating climate consequences and crossed tipping points. Carrington identifies ways to ramp up pressure on fossil fuel interests, including a fossil fuel non-proliferation treaty, the G7-proposed “climate club,” and a ban on fossil fuel advertising.

Bloomberg: From its “jubilant” start to a conclusion that narrowly avoided deadlock, Jennifer A Dlouhy and John Ainger take us behind the scenes to reveal a chaotic summit that ended with a “flawed outcome.” They write: “Oil-producing nations were empowered by a hands-off Egyptian presidency that failed to launch early negotiations, foster trust among countries or even circulate draft proposals in time that could form the basis for consensus.”

The Guardian: Environment correspondent Fiona Harvey explains key COP27 outcomes, including increasing calls to reform global financial institutions such as the World Bank and other publicly financed institutions, which a number of countries say have failed to provide funding to developing countries for cutting carbon emissions and adaptation.

Associated Press: The AP rounded up reactions by politicians, negotiators, and activist groups to the summit’s outcomes. Pakistan environment minister Sherry Rehman said the final deal “responded to the voices of the vulnerable, the damaged and the lost of the whole world by establishing a fund for the lost and the damaged.”

Coming up next is the UN COP15 biodiversity conference in Montreal, Canada, which starts on December 7. The architects of the Paris Agreement are urging world leaders to reach a “sister deal” for biodiversity at the summit.

This Thursday, we won’t be publishing the Climate Beat. To everyone who celebrates, we wish you a happy and relaxing Thanksgiving! See you next week.