Will Corporations Walk The Walk? 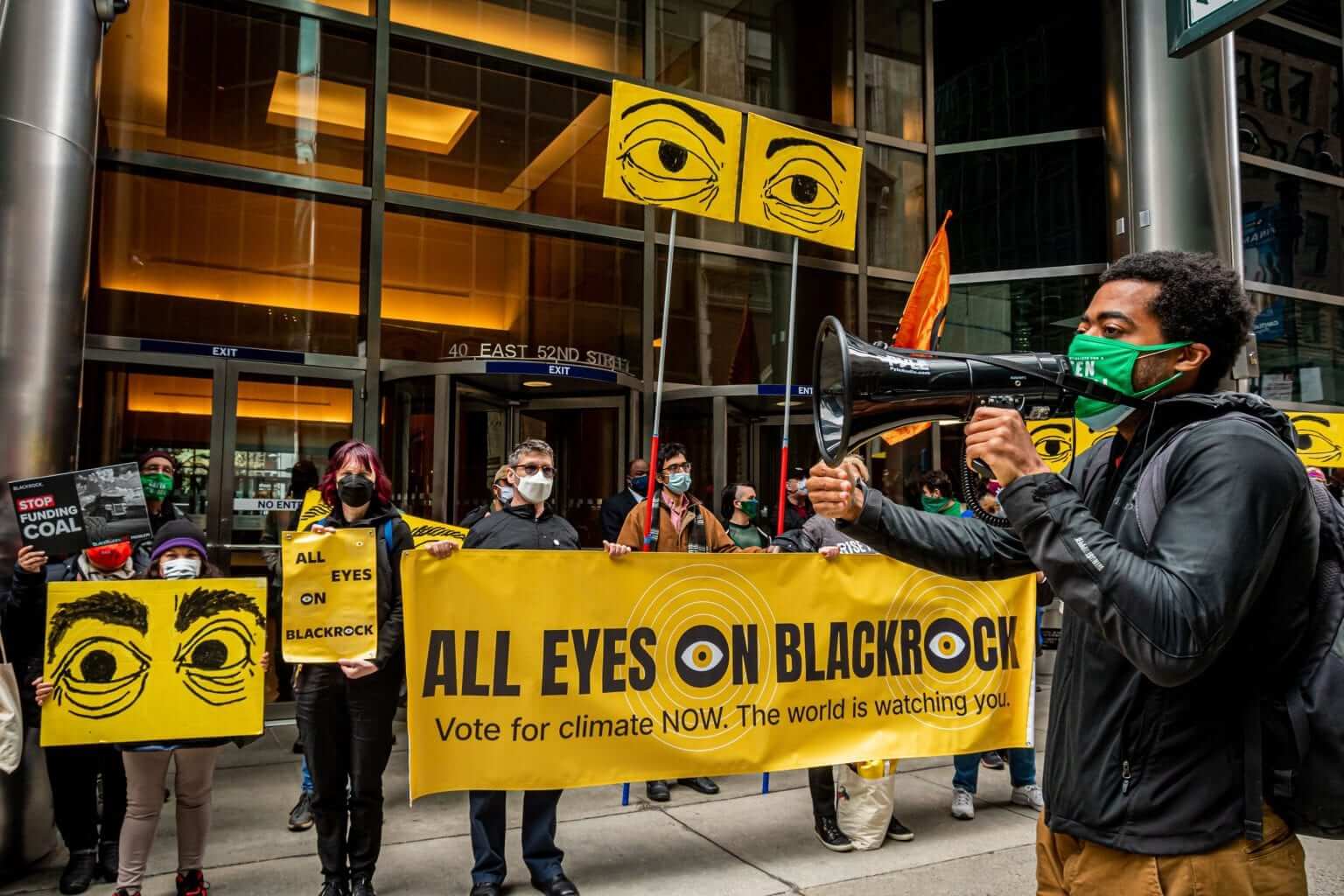 If it’s spring, it’s proxy season. A time when shareholders at public companies vote on board seats and other corporate practices—such as whether the companies in question are helping or hurting the fight to avoid climate catastrophe.

The world’s largest money manager, BlackRock, made big news last year when its CEO, Laurence Fink, announced BlackRock would be “increasingly disposed” to vote against directors at companies that aren’t doing enough to curb carbon pollution—no small threat, given the outsized voting power that BlackRock wields as such a large shareholder. The coming days will reveal how serious BlackRock is about that pledge. Today, BlackRock will vote on whether to retain the current CEO of Duke Energy Corp, a North Carolina-based utility company that has long been among America’s biggest polluters and has resisted a shift to clean energy.

And journalists will have plenty of additional opportunities to illuminate whether mega-investors are following through on talk about climate action. Proxy votes will take place at oil giants BP on May 12, Shell on May 18, and ExxonMobil on May 26. In the case of ExxonMobil, BlackRock and other shareholders will vote on whether to require the company to report on whether its lobbying operations align with the Paris Agreement and how a 2050 “net zero” emissions target would affect its bottom line.

Journalists wanting to cover these stories are invited to contact Covering Climate Now for background info, trustworthy sources, and more.

New climate journalism awards: CCNow and Columbia Journalism Review have announced the Covering Climate Now Journalism Awards. Honoring exemplary journalism about the defining story of our time, the awards are open to journalists from every corner of the newsroom all over the world. NBC News’s Al Roker and Savannah Sellers will co-host the awards celebration in September. Help spread the word and submit your story for consideration by June 1.

Join us on Slack: In the last month, close to 100 journalists have joined our Slack workspace, where they’re chatting, brainstorming, collaborating, and more. Want to join? Send an email to our engagement editor, Mekdela Maskal: mekdela@coveringclimatenow.org.

Help us improve our joint coverage weeks: If you’re a partner, we’d appreciate seven minutes of your time to help us evaluate our recent #ClimateEmergencyWeek. Take the survey.

It’s about ‘survival and science’: For Columbia Journalism Review’s podcast “The Kicker,” CCNow executive director Mark Hertsgaard and Katrina vanden Heuvel, publisher of The Nation, join Kyle Pope, CJR’s editor and publisher, to discuss how CCNow can build on the successes of its first two years. News coverage of climate change has gotten noticeably better, all agreed, but the media still isn’t treating climate change like the emergency scientists say it is.

Environmental journalism grants: The Society for Environmental Journalism is accepting proposals for story grants of up to $5,000 covering, environment-climate-religion connections or environmental health and justice in the US. Learn more.

Job alerts: Climate Central is looking for an Editor/Writer. And NBC News’ climate unit is hiring a producer and an associate producer.