“None of the initial reports in the New York Times, the San Francisco Chronicle, NPR, or the San Jose Mercury News even so much as mentioned climate change,” writes David Wallace-Wells. 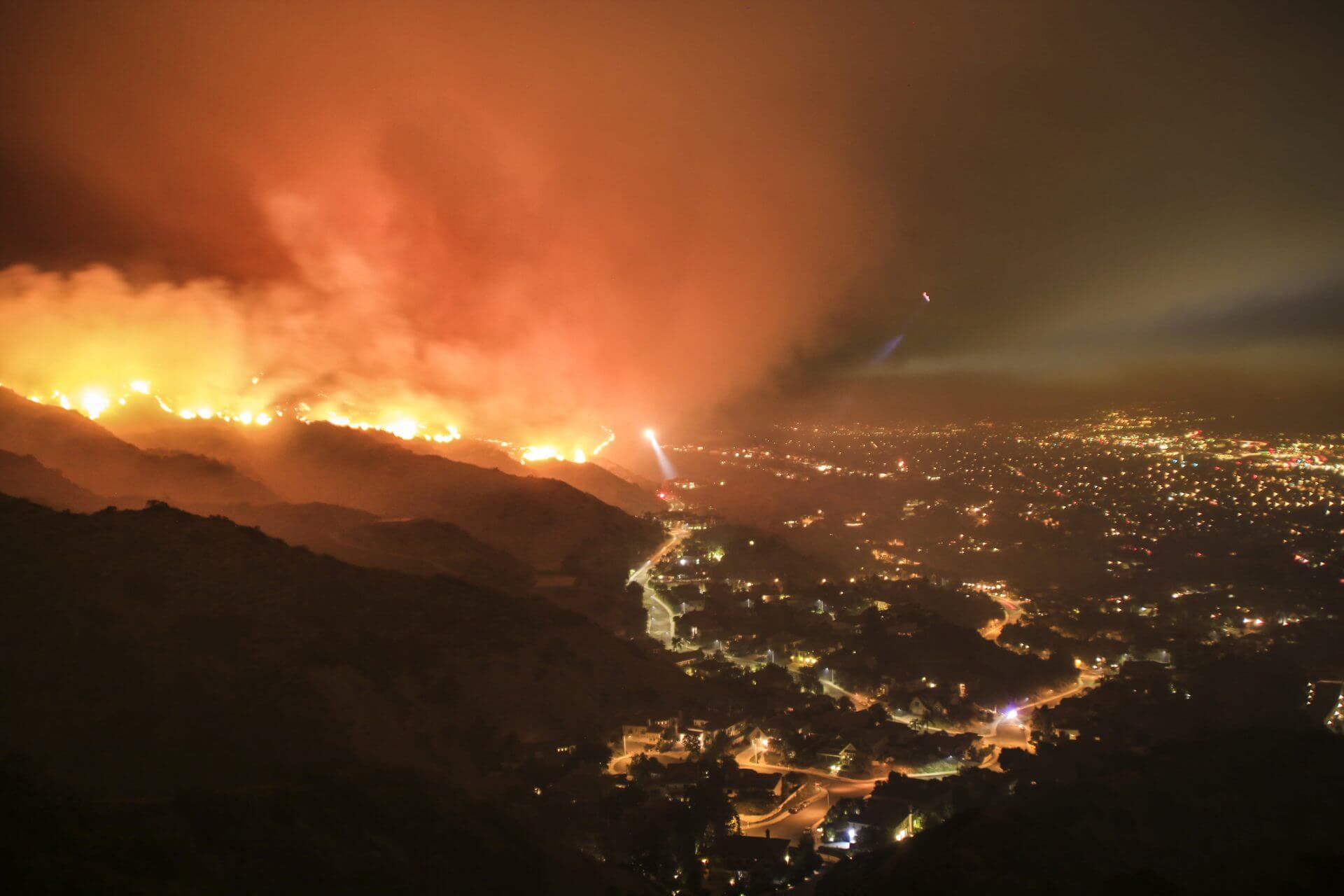 The images from California are terrifying. Walls of fire. Ash-soaked cities. Smoke that stretches well into the Midwest. More than 1 million acres burned in a week, more than in all of 2019. Much of that has been in the Bay Area, but every one of California’s 58 counties, except San Francisco, has had fires. One-hundred thousand people have evacuated their homes, and the entire state is on notice to be prepared to do the same.

In recent memory, wildfires like this would have been all but unheard of, as David Wallace-Wells noted in New York magazine. Yet, Wallace-Wells writes, “None of the initial reports in the New York Times, the San Francisco Chronicle, NPR, or the San Jose Mercury News even so much as mentioned climate change.”

At this point, this is nothing less than media malpractice. The effect of such climate silence is to imply that the wildfires are random—a stroke of bad luck, perhaps, in an already woefully unlucky year. But we know better than this. We know that we humans are causing disasters like this. And we know that we can solve the climate crisis, should we muster the political will to do so.

Digging deeper, news coverage should point out that all of this is unfolding at “only” 1 degree Celsius of global warming. The Paris Agreement, which Donald Trump plans to pull the US out of this November, calls for limiting heating to “well below” 2 degrees C above pre-industrial levels. If these fires in California—not to mention the devastating fires earlier this year in Australia, the fires in Siberia, the floods in China, the floods in the Caribbean, and all the many disasters elsewhere this year—are what 1 degree of heating looks like, we surely do not want to discover what 2 degrees will bring. That’s especially so, because, as Bill McKibben described this week in The New York Review of Books, “if we go to two degrees, that will cause feedbacks that take us automatically higher. At a certain point, it will be too late.”

News coverage should also note that more frequent extreme weather will result in overlapping disasters, especially for the least fortunate among us. The coronavirus pandemic, for example, complicates efforts to escape the fires. As Leah Stokes puts it in a stirring essay for The Atlantic: “Evacuating to a friend’s house or a community center when a highly contagious illness is circulating is not a simple choice.” But even many people who are putatively safe at home have lost power and are left with an impossible choice: sit in a hot house or open the windows to smoke-filled air? “I don’t want to live in a world where we have to decide which mask to wear for which disaster,” Stokes writes, “but this is the world we are making.”

It is indeed the world we’re making. But it is also a world we can repair. As journalists, we must tell the whole story, while we still can.

REMINDER: At CCNow, we believe climate change is a defining issue in this fall’s elections, at all levels of government. Make sure to take a look at our fall plans, which include a CCNow “joint coverage week,” September 21 to 28, when we encourage all partners to focus extra attention on Climate Politics 2020, and a Youth Takeover Day.

WELCOMING NEW PARTNERS: CCNow continues to grow, and this week we proudly welcome the nonprofit Maryland Matters, The Mendocino Voice in northern California, Indian Voices in San Diego, Impakter in Italy, The Times of Israel in Israel, Radio Orange 94.0 in Austria, and Yeşil Gazete in Turkey.

*When republishing any of the individual stories identified above as available, CCNow outlets are asked to append the CCNow logo, which you can download here, and the following tagline: “This story originally appeared in [insert name of original news outlet, with a link to the outlet’s homepage] and is republished here as part of Covering Climate Now, a global journalistic collaboration to strengthen coverage of the climate story.” Further detailed information on CCNow content sharing, including answers to frequently asked questions by our partners, can be found here.