Political, Not Partisan: Covering the 2020 Elections as a Climate Story

Here’s why climate change is a defining issue in this fall’s elections, at all levels of government - and how we plan to help newsrooms respond. 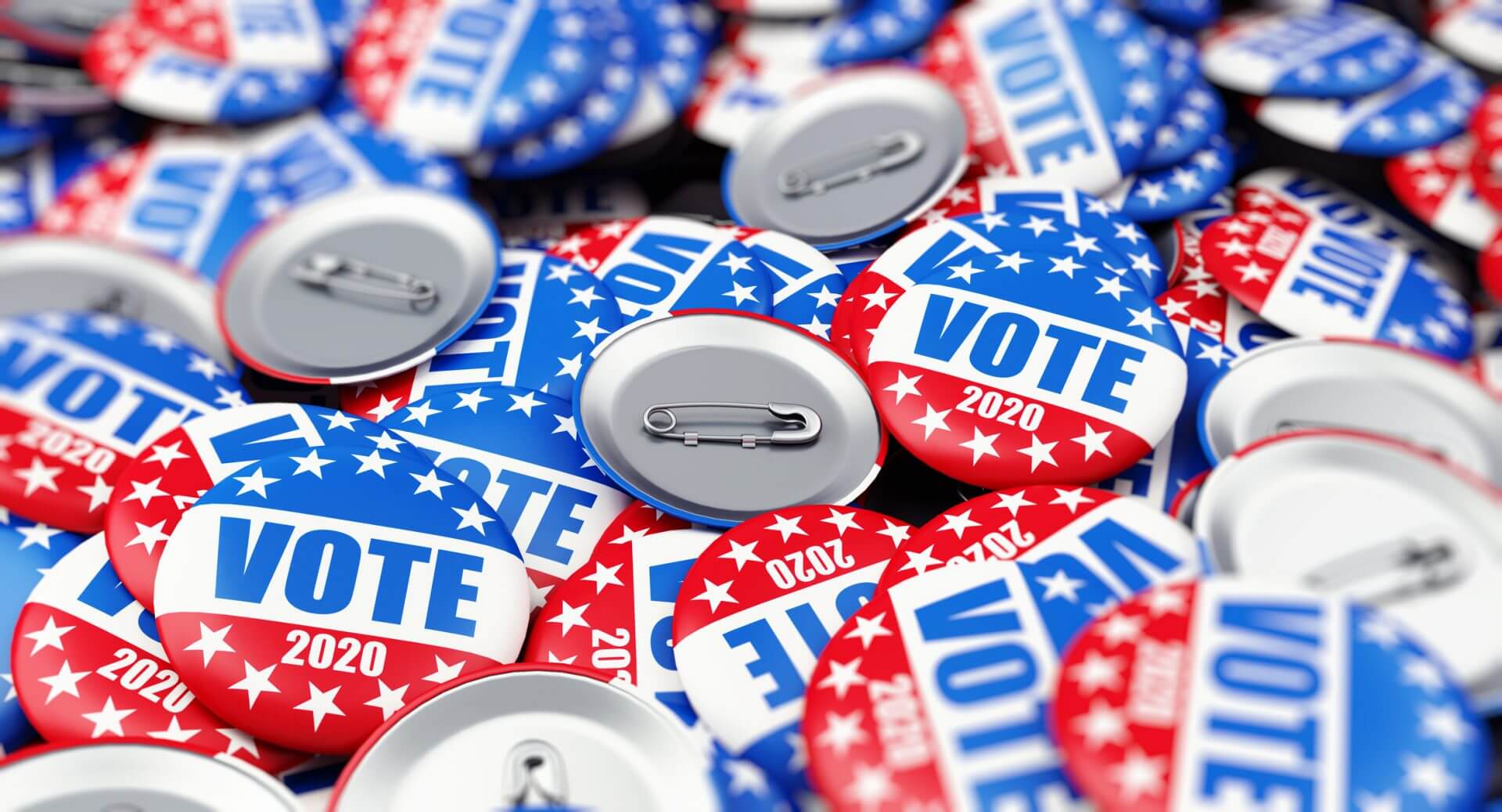 At Covering Climate Now, we believe climate change is a defining issue in this fall’s elections, at all levels of government. In the coming weeks, we will announce specific plans for how we hope to help newsrooms respond, including a CCNow “joint coverage week” September 21 to 28; a ‘Talking Shop’ webinar later this month; regional, policy-focused climate journalism conferences; collaborative high-profile newsmaker interviews; and more. To our CCNow partners: Stay tuned for further information. Not yet a partner? Join Covering Climate Now, dedicated to strengthening coverage of the climate story, today.

Every presidential election is critical in its way. Even so, 2020 manages to feel unique. With a deadly virus stalking the land and crashing the economy and political polarization so high that the truth itself is often in question, this November will certainly mark a turning point in American history.

The election is also pivotal for the climate emergency—and its solutions.

Science shows that humanity is careening towards a point of no return. To meet the Paris Agreement’s preferred goal of limiting global temperature rise to 1.5 degrees Celsius—essential to saving millions of lives outright, not to mention avoiding “tipping points” that would bring evermore hurricanes, floods, droughts, wildfires, and heat waves in the years ahead—humanity must cut global emissions in half by 2030. Doing this, scientists say, will require economic transformation at a speed and scale unprecedented in human history. It will take deliberate, aggressive action across industries and at all levels of government, foremost from the world’s top emitters, including the US. Simply put, we need action and we need it fast. (Latest projections routinely suggest we are farther down the road to disaster than we think.)

As Justin Worland wrote in the cover story for a tour-de-force Time magazine special issue last week, “In the future, we may look back at 2020 as the year we decided to keep driving off the climate cliff—or to take the last exit.” A serious response to the threat, he said, means spending on green energy, restricting emissions for companies that receive government bailouts, and bolstering green transportation in cities. Entrenchment in fossil fuels will instead spell climate catastrophe. “What we do now,” Worland wrote, “will define the fate of the planet—and human life on it—for decades.”

In any election year, it is journalists’ job to inform the public and convey the full measure of what’s at stake. That’s why, even as the coronavirus outbreak rages—a tragic case study in ignoring science—and activists fight to topple longstanding systems of inequality, the climate crisis must be a priority for newsrooms this campaign season.

This responsibility puts journalists in a potentially tricky spot, however. If the public deserves a fair-minded accounting of candidates’ positions, what’s to be done when one party, broadly speaking, denies the reality of climate change or favors only weak policies to address it? Here, journalists must make a vital but nuanced point: What a society does about climate change is inherently political, but clarifying that something must be done—and that it must square with the science—is not partisan.

Climate change is political insofar as strong policies are necessary to answer its challenges. That’s a plain fact of governance, not partisan opinion. Yet, for too long, journalism has tended to view climate policy through the lens of horse-race politics: One candidate favors action. The other doesn’t. Who will prevail? This tendency has to go. If one party or candidate offers credible policies on climate and the other does not, it’s up to the other party or candidate to catch up. It’s not journalists’ job to wait for them in the name of false equivalence.

Donald Trump, who has falsely called climate change “a hoax,” claims he has made America an environmental leader even as his administration has slashed environmental regulations and propped up flagging fossil fuel companies. Trump’s campaign website makes no mention of climate change, other than to call America’s withdrawal from the Paris Agreement a “promise kept.” Meanwhile, former vice president Joe Biden, Trump’s presumptive opponent in the fall, has committed to rejoining the Paris Agreement and proposed an ambitious $2 trillion plan to combat climate change, drawn up cooperatively with his top challenger during the Democratic primaries, US senator Bernie Sanders. Biden’s plan does not explicitly back a Green New Deal, but it favors many of its components, including a transition to zero-carbon electricity nationwide by 2035, economic protections for workers in the fossil fuel industry, and well-funded commitments to environmental justice.

The two candidates’ plans are, self-evidently, not equal. In the virtual absence of a plan from Trump, Biden’s plan gives the country and the planet a much better shot at pulling back from the brink. And it’s no endorsement of Biden to say so. It’s a scientific and political judgment, not a partisan one. For the sake of humanity now and in the future, Trump and his team are welcome to catch up.

But it would be a shame if climate-related election coverage was all about Trump and Biden. State and local leaders can also do a lot to curb emissions and make communities resilient. And the issues candidates are pushed on during campaigns drive the commitments and promises they are judged against in office. So, where do candidates for city council, mayor, state legislatures, and Congress stand? And what might contributions to their campaigns say about their environmental allegiances?

Questions like these should be the norm in the coming months. “It’s not enough to do one story on one candidate’s position on climate change and be done with it,” Covering Climate Now’s co-founders Mark Hertsgaard and Kyle Pope argued recently in The Nation and Columbia Journalism Review. “The word ‘climate’ should be included in headlines and broadcast scripts often enough that the public can’t miss it.” Nor should climate change be siloed on the science beat. Political reporters and newsroom leaders must make it central to the campaign narrative, giving it equal prominence as electoral mainstays like the economy and national security. (Indeed, climate change cuts across and binds these issues; if we do not adapt, it will cripple economies and make us all less secure.)

The good news is that audiences care. Climate action is a leading issue for young voters, and an April poll by Yale and George Mason universities found that two-thirds of all registered voters are worried about global warming; four in ten said candidates’ positions on climate change will be “very important” in how they vote this fall.

Still, doing justice to the climate story will take leadership and discipline from newsrooms. Reporters and editors must step back from ephemeral shifts in the polls and all the nitnoid controversies of campaign overload. Decades from now, most of us will have forgotten the names and deeds of Donald Trump’s various associates. But we will surely take note of unlivable heat and flood waters lapping at our feet if we ignore the climate crisis this campaign season. Will journalists count the 2020 election a missed opportunity, or will it be the breakthrough moment when they got the climate story right—and helped America do the same?
Now, here’s your weekly sampling of the latest in climate news.

*When republishing any of the stories identified above as available, CCNow outlets must include the following tagline: “This story originally appeared in [insert name of original news outlet, with a link to the outlet’s homepage] and is republished here as part of Covering Climate Now, a global journalistic collaboration strengthening coverage of the climate story.” Our complete Sharing Library, including further guidelines for content sharing, can be found here.