An Ocean-sized Reminder of the Climate Emergency

The latest in climate reporting, including our media analysis, professional opportunities, and the week's essential climate news. 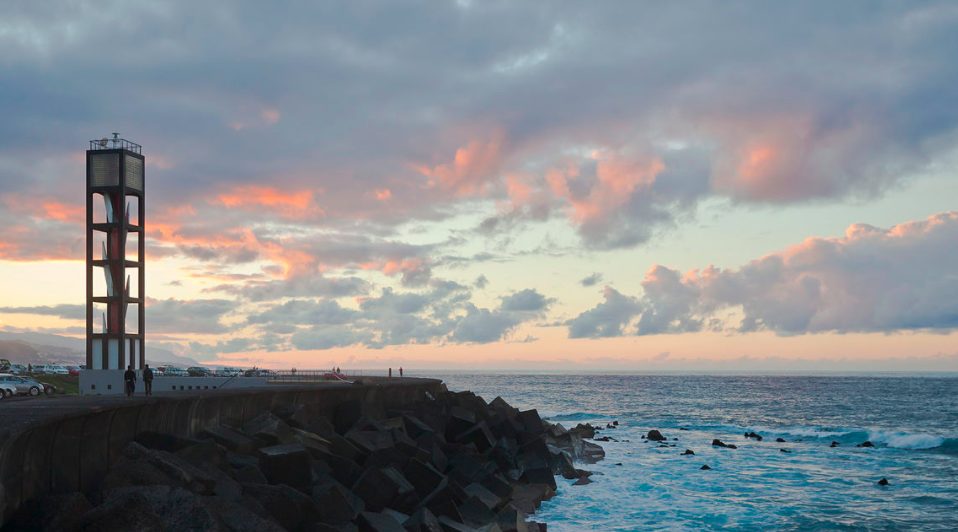 Laypersons call it the Gulf Stream. It’s the current of relatively warm ocean water that flows from the Gulf of Mexico across the Atlantic ocean to Europe. And it’s a big part of why the British Isles and the rest of Europe enjoy the temperate climates they do, even though their land masses are as far north as icy Newfoundland, Canada. Without the Gulf Stream, it’s questionable whether northern Europe would ever have supported as many human inhabitants as it does.

This week, The Guardian, CBS News, and other Covering Climate Now partners reported that the Gulf Stream—or, as it’s technically known, the Atlantic Meridional Overturning Circulation—is the weakest it’s been in more than a millennium, with climate change the likely cause. The Gulf Stream could weaken even further, experts say, if humanity fails to counter global heating by reigning in emissions. Such additional weakening will lead to punishing extreme weather in Europe and worsening sea level rise on the US East Coast. Decades down the line, it could even lead to a “tipping point” that tosses global weather systems into chaos.

But climate breakdown like this is not a foregone conclusion. As CBS’s Jeff Berardelli writes, “The decisions we make now in terms of how quickly we transition away from fossil fuels will determine the outcome.”

Nevertheless, for climate reporters, this news is a harrowing reminder that the climate emergency is a story that’s unfolding all around us, on a planetary scale, even as a majority of our climate coverage focuses on politicians, businesses, activists, and other power players. It’s also why, at Covering Climate Now, we call the climate emergency the story of our time, and a story that deserves the attention of every beat in every newsroom.

REMINDER: April Joint Coverage Week. Per our announcement in February, CCNow’s next joint coverage week is set for April 12-22, in the lead up to Earth Day and President Biden’s global climate summit. Our theme of coverage is “Living Through the Climate Emergency.” In addition to reporting the science that calls today’s circumstances a climate emergency, we encourage partners to run human-centered stories drawn from every beat in the newsroom. To help journalists prepare, we’ve created a new reporting guide, which unpacks what we mean when we say that climate is a story for every beat. Stay tuned for more details!

**Already know your plans for the coverage week? We’re putting together a preview of the week and would love to know what you’re working on! By March 10, email editors@coveringclimatenow.org. And don’t worry if you prefer to send ideas later; we’ll distribute further previews before the week kicks off. Thank you!**

Talking Shop Recap. Our Talking Shop webinar last week focused on how to boost your climate reporting confidence, no matter what beat you’re on. With great panelists from Time, CBS News, HuffPost, and Climate Matters in the Newsroom, we covered the basics on the science, politics, and economics of climate change, and we talked ideas for how to tell human-centered stories that will engage audiences. Check out highlights and a recording of the event here…

ICYMI. Last week, Andrew McCormick, CCNow’s deputy director, wrote about how journalists can counter and call out climate disinformation, which is sure to increase now that meaningful climate action is finally under discussion in Washington. The piece, like all Climate Beat columns, is available for republication by CCNow partners.

Floodlight. Emily Holden, former environmental correspondent at The Guardian, has launched Floodlight, which describes itself as a “nonprofit environmental news collaborative,” which will “partner with local journalists and The Guardian to co-publish investigations about the corporate and ideological interests holding back climate action.” Floodlight’s first story, produced with The Texas Observer and San Antonio Report, centers on Austin, Texas, where the city’s bold climate action plan was scuttled by political maneuvering from the local gas company. Read more about the debut story and the thinking that led Holden to create Floodlight here…