Last September, CCNow drove a massive increase in climate coverage by collaborating on one week of stories in the lead-up to the UN Climate Action Summit. This April, we’re doing it again, from April 19-26, chosen to coincide with the 50th anniversary of Earth Day on April 22. 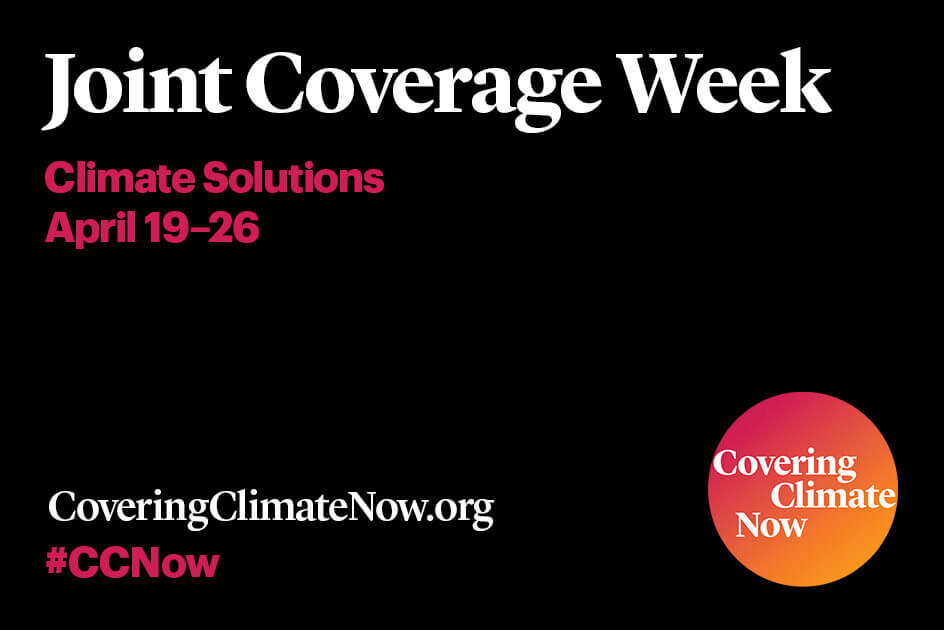 Last September, we drove a massive increase in climate coverage by collaborating on one week of stories in the lead-up to the UN Climate Action Summit. Since then, our partnership has grown to more than 400 news outlets with a combined audience approaching 2 billion people.

From April 19-26, to coincide with the 50th anniversary of Earth Day, Covering Climate Now put on a joint coverage week with partners, focused on Climate Solutions. Even in the midst of wall-to-wall coronavirus coverage, which had contributed to a significant decline in climate reporting, 115 news outlets and institutional partners took part, and 83 partners made more than 200 stories available for republication. The combined coverage helped give the climate story its first significant bump in the media since late February, and stories focused on climate solutions were up three times compared to the week of Earth Day in 2019.

Participants in the joint week included some of the biggest names in news, from The Guardian to HuffPost, Teen Vogue, CBS News, Scientific American, The Christian Science Monitor, the Asahi Shimbun of Japan, and more, in addition to CCNow co-founders The Nation and the Columbia Journalism Review. Reuters, in a significant break from news wire standard practices, made 13 stories freely available to the collaboration, including several robust and deeply-reported features. And on Earth Day, NBC News, MSNBC, and Telemundo all announced that they were joining CCNow. On NBC, the announcement was made on the Today show — watched by an estimated 4 million people daily — by Al Roker, the program’s iconic weather and features anchor, following his reported piece on the coronavirus’s dramatic environmental impact. On Telemundo, Vanessa Hauc, who in February became the first climate journalist to moderate a presidential debate, made the announcement.

On social media, posts mentioning CCNow or using the #CCNow and #ClimateSolutions hashtags, reached more than 123 million users. Posts bearing the CCNow hashtag came in by the minute.

According to analysis by the University of Colorado Boulder’s Media and Climate Change Observatory, CCNow’s efforts helped drive an overall increase in climate coverage in April, both compared to March of this year and April 2019.