A Low Bar for Climate Journalism on a Low, Low Night

Chris Wallace of Fox News raised the issue of climate change during the first presidential debate, providing what our Columbia Journalism Review colleague Jon Alsop called “a speck of light on a dark night.” 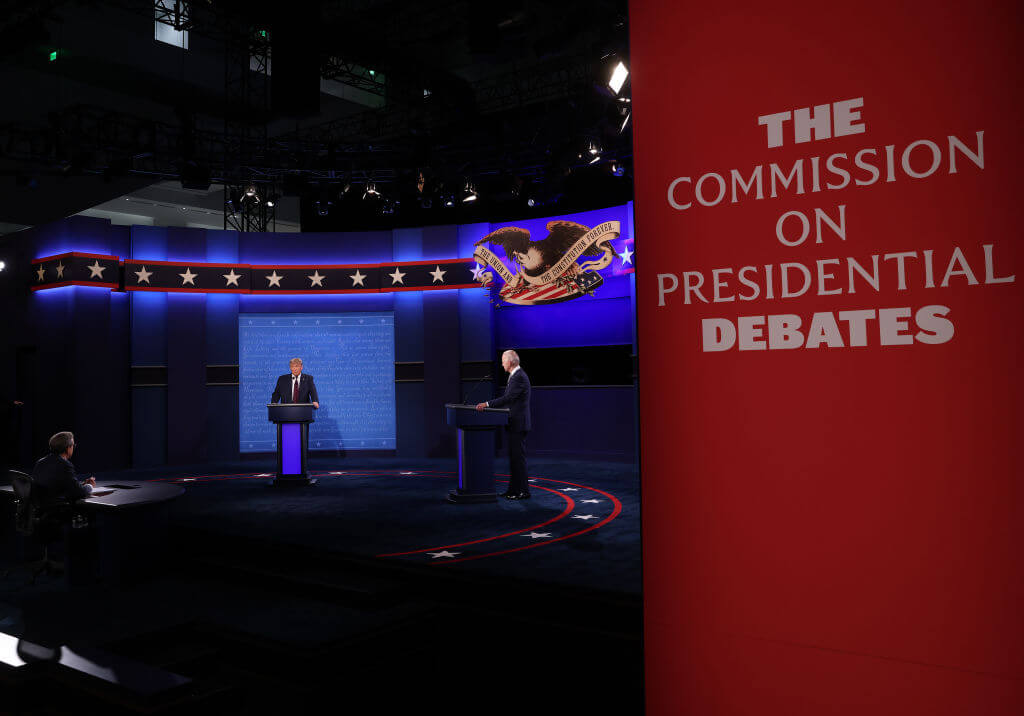 Our Columbia Journalism Review colleague Jon Allsop called it “a speck of light on a dark night”: Chris Wallace of Fox News, who originally left the climate crisis off his list of intended topics, did raise the issue during last night’s debate that wasn’t.

What followed, however, was hardly elevated or informed discourse. It’s telling of just how low the bar is for discussing climate change in much mainstream media coverage that Wallace began by asking whether Trump accepts climate science at all. “What do you believe about the science of climate change,” he said, “and in the next four years what will you do to confront it?”

Trump used the opportunity to repeat falsehoods – fires in the West are primarily the result of poor forest management – and bromides about wanting “immaculate” water and air. Wallace, to his credit, pushed back. After Trump grudgingly admitted that “to an extent” human activity might be responsible for global warming, Wallace said: “But sir, if you believe in the science of climate change, why have you rolled back the Obama Clean Power Plan, which limited carbon emissions in power plants?”

But in a way Wallace was playing Trump’s game. If journalists’ questions implicitly suggest that simply believing in climate change is optional, the discourse is stunted and can hardly grapple with the scientific reality that civilization faces, in the words of 13,000-plus scientists, “a climate emergency” that requires immediate, forceful action. Going forward, journalists on and off the debate stage should lead with higher-level questions that compel politicians to address the complex, urgent threat climate change presents.

Future debate hosts – C-SPAN’s Steve Scully, NBC’s Kristen Welker, and USA Today’s Susan Page, who will moderate the vice presidential debate – might endeavor to do better. And they’ll be on solid ground with the audience. As a Guardian/VICE Media poll, conducted in partnership with CCNow, showed last week that nearly three quarters (74%) of Americans want debate hosts to ask a climate question. Further, seven in ten (71%) favor strong government action to address the crisis.

It’s on all of us in the media, though, to make the climate crisis headline news this election season. CCNow’s Climate Politics 2020 joint coverage week last week went a long way towards this end. The week featured big climate politics pieces from the likes of NBC News, Reuters, The Guardian, CBS News, PBS NewsHour, VICE Media, NowThis, and many more. But the joint week was only a beginning. In the coming weeks, straight up through election day, we must continue to keep the focus on climate. Our audiences want it, and the issue objectively, scientifically, demands it.

As a reminder to our partners, all of last week’s content remains available in our Sharing Library. The select stories that were part of our Curated Collection – from The Guardian, Reuters, HuffPost, CBS News, Teen Vogue, Rolling Stone, The Nation, Grist, Earther, The Root, Yes! Mag, and more – are available in this folder. The folder includes the complete text for the stories – to save you the labor of having to cut and paste from web articles – and in some cases illustrations and photos to go with the stories, along with credit instructions. Much of the content is relatively evergreen and will remain relevant through Election Day – so take a look!