The latest in climate reporting, including professional opportunities, and the week's essential climate news. 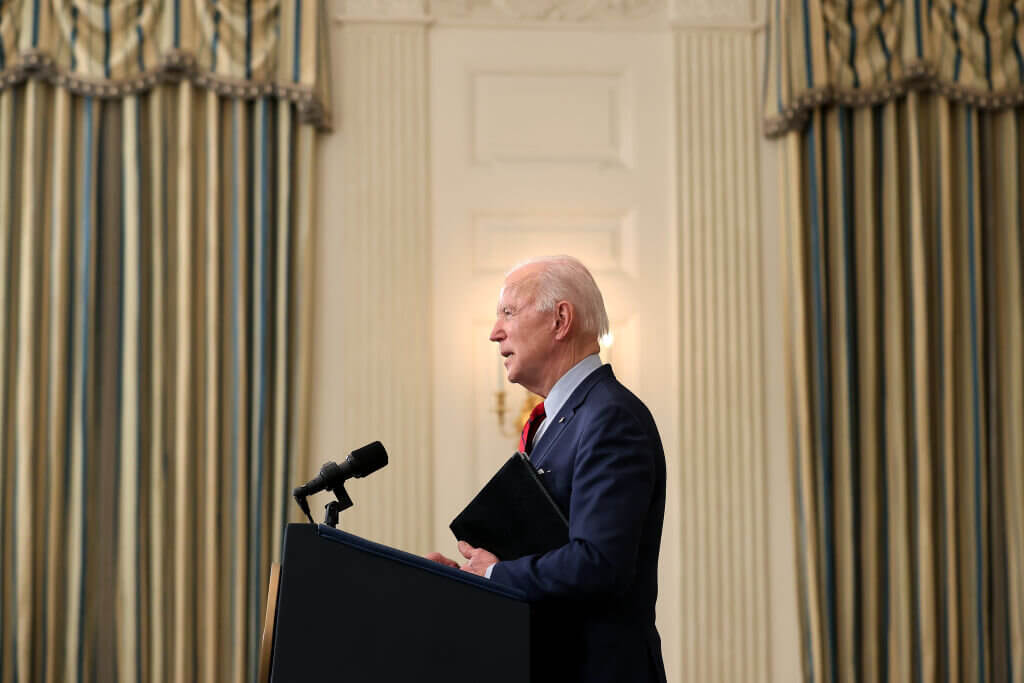 With the $1.9 trillion Covid-19 stimulus package now signed into law, the Biden administration is turning to a new spending bill: $3 trillion to boost the economy, much of it focused on jumpstarting America’s transition to green energy sources. As The New York Times reports, an expected pair of proposals promises heavy spending on clean energy deployment, 1 million affordable and energy-efficient housing units, and “nearly $1 trillion in spending on the construction of roads, bridges, rail lines, ports, electric vehicle charging stations, and improvements to the electric grid and other parts of the power sector.”

This news was welcomed by environmental groups, and it’s consistent with Biden’s pledge to put   climate at the center of his agenda across government agencies. (In other environment news, former NOAA head Jane Lubchenco was appointed to a top job in the White House’s Office of Science and Technology Policy to coordinate climate and environmental issues.)

But has climate been central to most media coverage of the still-new Biden administration? Not like it should be. Too much White House coverage has been marked by false equivalence with the previous administration, lame efforts to frame Republican intransigence as a failure by Biden to achieve “unity,” and, lately, an altogether cringeworthy focus on the president’s dog.

This Friday, reporters will get an opportunity to do better, as Biden holds the first press conference of his presidency. In addition to a slate of urgent topics—the Covid recovery and a recent spate of mass shootings—it’s likely Biden will come prepared to talk about his new spending plan and, by extension, his prioritization of climate action. Here’s hoping reporters ditch the faux Beltway controversies and seize the opportunity to center issues that affect us all, especially including climate.

REMINDER: April Joint Coverage Week. Per our announcement in February, CCNow’s next joint coverage week is set for April 12-22, in the lead up to Earth Day and President Biden’s global climate summit. Our theme of coverage is “Living Through the Climate Emergency.” In addition to reporting the science that calls today’s circumstances a climate emergency, partners will run human-centered stories drawn from every beat in the newsroom. To help newsrooms prepare, we’ve created a new reporting guide, which unpacks what we mean when we say that climate is a story for every beat. And last Thursday, we sent an email detailing just some of the great coverage our partners have planned.

Thursday, March 25: South Regional Training. The next in our new series of region-specific events, focused this time on the South, will be held THIS THURSDAY, March 25. Similar to our February Talking Shop, “Boosting Your Climate Confidence on Every Beat,” we’ll offer basics on the science, politics, and economics of climate change, as well as ideas for how to tell human-centered stories that engage audiences. Panelists will include journalists from Southerly, WCBI-TV in Mississippi, and The Times-Picayune | The New Orleans Advocate, along with guests from Louisiana State University and Mom’s Clean Air Force. The webinar is set for March 25 at 1:30pm Central time, 2:30 Eastern. Check out the panelists and RSVP here…

**And check out this recap of our first region-specific event, which focused on the Great Lakes, with stellar journalists from Wisconsin Watch, ProPublica, Bridge Michigan, Minnesota Public Radio, and Great Lakes Now at Detroit Public Television.**

Grist unveils 2021 “Grist 50.” CCNow partner Grist has unveiled its annual list of 50 “Fixers,” people working for a better climate and environment, including “emerging leaders in climate, sustainability, and equity who are creating change across the [U.S.].” Check out the full list here…

CNN announces climate coverage expansion. Last week, CNN announced a major expansion of its climate coverage efforts, with a new team standing up both to report on climate and integrate climate into CNN’s coverage of other subjects. To staff  this team, the network is HIRING a digital editor, a Washington reporter, a general assignment writer, an international editor, and a data & visuals editor. Learn more…

More jobs. CapRadio in Sacramento is hiring an environment and climate change reporter. Wired is launching a “Resilience Residency” program, targeting professionals whose industries have been upended by climate change, the pandemic, and technological advances; the program is hiring for six-month residencies, beginning in June.

New DEI Coalition Slack space. OpenNews and the DEI (Diversity, Equality, and Inclusion) Coalition have launched a new “digital community space dedicated to sharing knowledge and taking concrete action in service of a more anti-racist, equitable and just journalism industry.” Members can use the shared community space, hosted on Slack, “to tackle challenging conversations, create new resources, equip themselves to be better allies and advocates, and together, change newsroom policies, systems, and culture for the better.” Learn more and register, free, here…