Covering Climate Now extends our condolences and solidarity to their families. 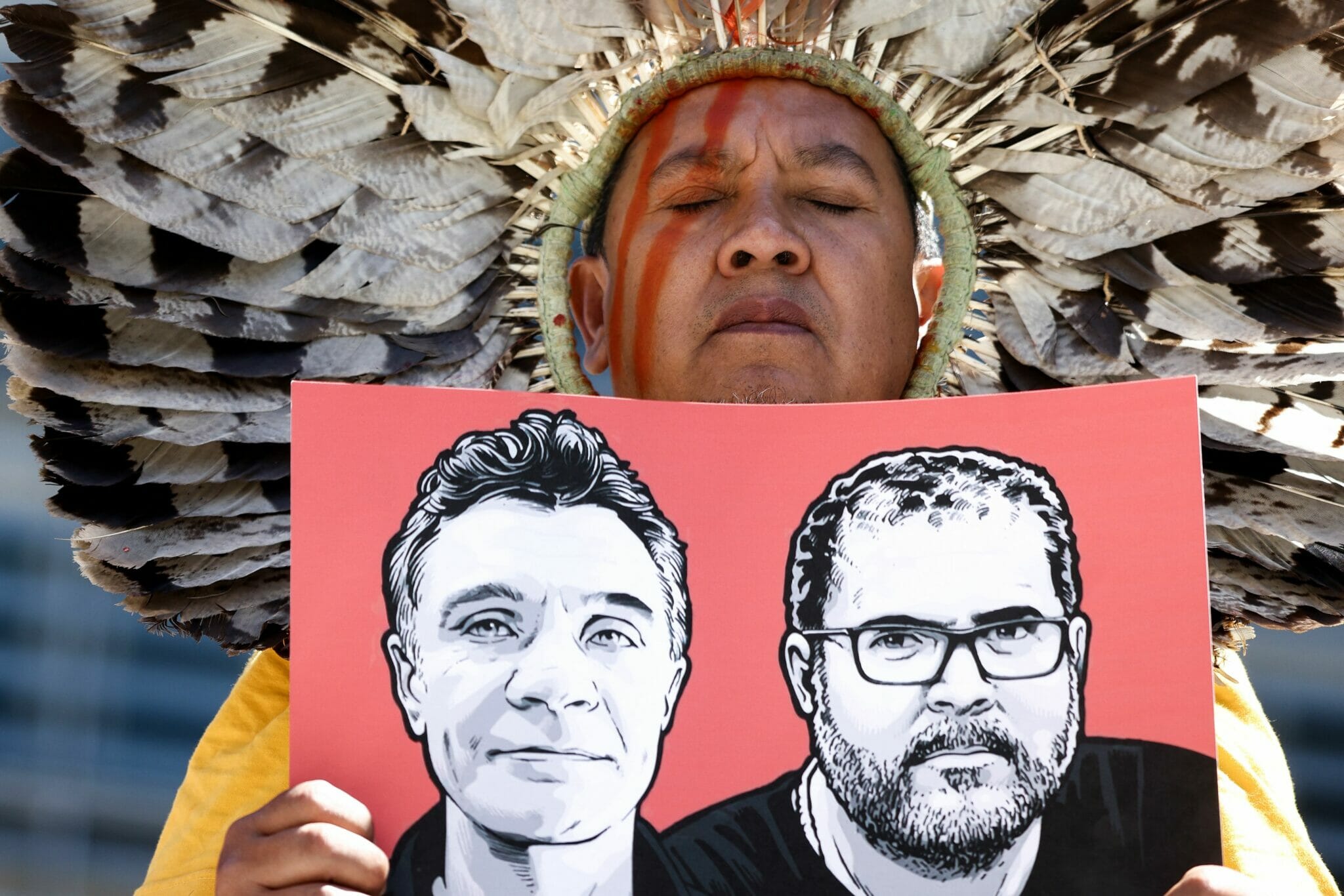 A Member of The Articulation of Indigenous Peoples of Brazil holds an image of journalist Dom Phillips and Indigenous activist Bruno Pereira during a protest near the European Commission building in Brussels, Belgium on June 16, 2022. Activists were protesting against the murders of Phillips and Pereira in the Amazon, and called for stronger rules of deforestation-free products in the European Union. (Photo by Kenzo Tribouillard/AFP via Getty Images)

Covering Climate Now is saddened and angered by the news that journalist Dom Phillips and Indigenous activist Bruno Pereira have been killed while working in the Amazon. We extend our condolences and solidarity to their families. Wrongdoers attack journalists because journalists are truth tellers, and the truth carries a power that nothing can kill.

Dom Phillips and Bruno Pereira have been killed in an undeclared global war against nature and the people who defend it. Their work mattered because our planet, the threats to it and the activities of those who threaten it matter. That work must be continued.

The frontlines of this war are the Earth’s remaining biodiverse regions – the forests, wetlands and oceans that are essential for the stability of our climate and planetary life-support system.

Read the rest of Watts’s tribute on the Guardian.