How Well Does the Media Cover the Climate Movement? 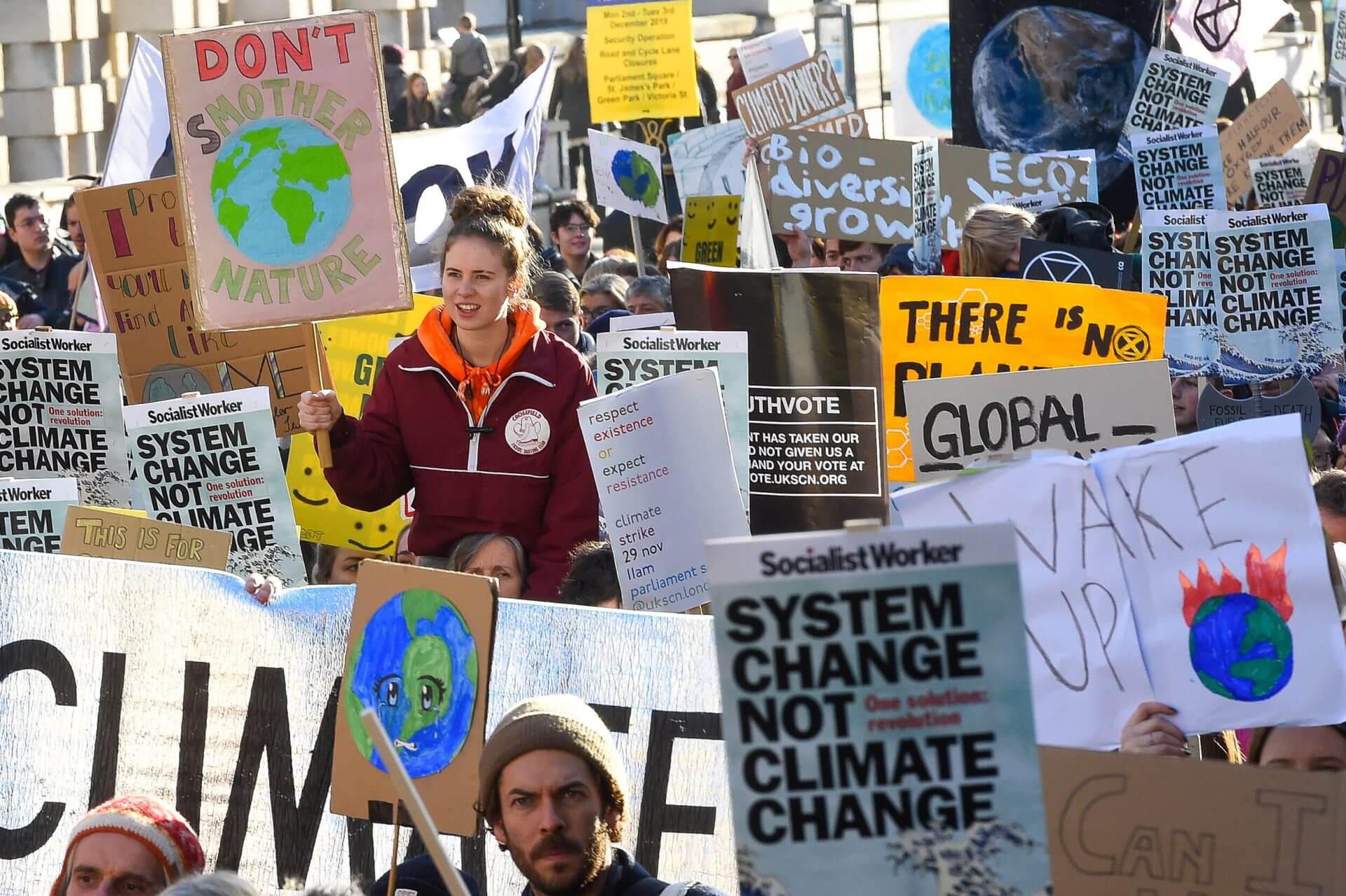 **The Covering Climate Now team is deeply saddened by yesterday’s shootings in Atlanta. Though authorities have not yet determined a motive for the shootings, the rise of Anti-Asian racism and hate-crimes in America is heartbreaking and unacceptable. We express solidarity with the Asian American community and call on leaders in all circles to stand against hateful rhetoric.**

This Friday, March 19, thousands of young activists around the world will march and strike for climate action as part of Fridays for Future, a movement launched by Greta Thunberg and other organizers. Events are planned on five continents. The theme: #NoMoreEmptyPromises. “Those in power continue to only deliver vague and empty promises for far off dates that are much too late,” reads a statement by Fridays For Future. “What we need are not meaningless goals for 2050 or net-zero targets full of loopholes, but concrete and immediate action in-line with science.”

For some journalists, covering activism presents an uncomfortable dilemma. Too much coverage might come across as cheerleading or make journalists look like they are activists themselves, contradicting institutional notions of neutrality. A reporter’s job is to cover the news, the argument goes, not boost one side or the other.

Fair enough. But activists are newsmakers—just like the politicians, scientists, and corporate officials we cover all the time.

Youth-dominated groups have upended global climate politics over the last two years and injected a much-needed emphasis on environmental justice into the public conversation. Whether by scolding jet-setting elites at Davos for their obliviousness, as Thunberg did, or occupying House Speaker Nancy Pelosi’s Capitol office, as Sunrise Movement activists did to demand that Democrats walk their talk on climate change, youth activists have forced the climate issue onto government and, yes, media agendas around the world.

Read Mark Hertsgaard’s full column, about how journalists can improve their coverage of activism, here.

NEW AND RECENT FROM CCNOW:

REMINDER: April Joint Coverage Week. Per our announcement in February, CCNow’s next joint coverage week is set for April 12-22, in the lead up to Earth Day and President Biden’s global climate summit. Our theme of coverage is “Living Through the Climate Emergency.” In addition to reporting the science that calls today’s circumstances a climate emergency, we encourage partners to run human-centered stories drawn from every beat in the newsroom. To help journalists prepare, we’ve created a new reporting guide, which unpacks what we mean when we say that climate is a story for every beat.

March 25: South Regional Training. The next in our new series of region-specific events, focused this time on the South, will be held March 25. Similar to our February Talking Shop, “Boosting Your Climate Confidence on Every Beat,” we’ll offer basics on the science, politics, and economics of climate change, as well as ideas for how to tell human-centered stories that will engage audiences. Panelists will include top-notch journalists from Southerly, WCBI-TV in Mississippi, and The Times-Picayune | The New Orleans Advocate, along with guests from Louisiana State University and Mom’s Clean Air Force. The webinar is set for March 25 at 1:30pm Central time, 2:30 Eastern. Check out the panelists and RSVP here…

**And check out this recap of our first region-specific event, which focused on the Great Lakes, with stellar journalists from Wisconsin Watch, ProPublica, Bridge Michigan, Minnesota Public Radio, and Great Lakes Now at Detroit Public Television.**

SOME OF THE WEEK’S ESSENTIAL CLIMATE COVERAGE:

The Uproot Project launch. This Saturday, March 20, CCNow partners Grist and Atmos Magazine will hold an event launching a new initiative to increase diversity in the climate and environmental reporting fields—critical, especially at a time when communities of color typically bear the brunt of climate impacts. The event will feature a conversation between veteran journalist Julian BraveNoiseCat and Yessenia Funes, of Atmos. Learn more and register here…

The Nation hosts Maine State Sen. Chloe Maxmin. As part of the “Conversations with The Nation” series, on March 24, the magazine’s publisher Katrina vanden Heuvel will host Maine State Senator Chloe Maxmin, who, as a vocal proponent of the Green New Deal in a rural, working class district, unseated the state’s GOP minority leader—challenging conventional wisdom that Green New Deal support can be toxic for Democrats. Check out the event and register here…

Climate journalism collaborations workshop. On March 12, CCNow partners Climate Central and the Center for Cooperative Media held an online workshop on “to discuss best practices for beginning and maintaining collaborative projects and to hear from experts and journalists who have created successful projects across media outlets.” A video recording of the workshop and compiled examples of excellent climate journalism collaborations are available here…