Journalists and the Looming Superstorm of Climate Disinformation

With climate action on the table, disinformation is poised to get louder. What should journalists do about it? 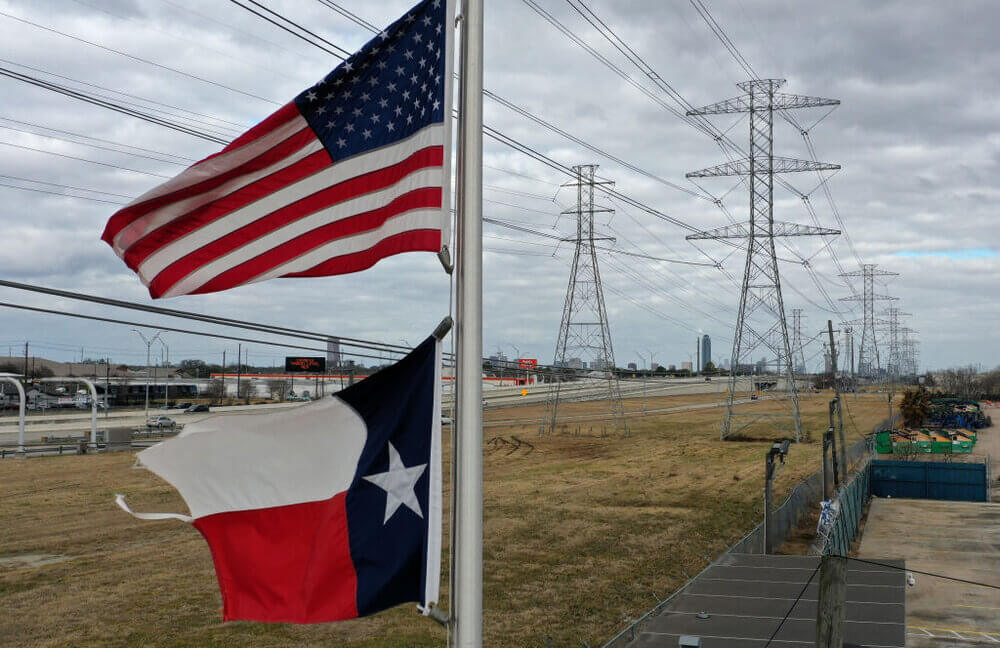 Texas had only just frozen over.  In the wake of a devastating winter storm, millions in the state were without power and struggling to find warmth. They boiled snow for water; some were dying. And against all evidence the anti-climate political right was grousing about windmills and blaming a Green New Deal that doesn’t yet exist.

“Unbeknownst to most people, the Green New Deal came to Texas,” Tucker Carlson said on February 16 on Fox News. “The power grid in the state became totally reliant on windmills. Then it got cold, and the windmills broke, because that’s what happens in the Green New Deal.” An hour later, on Hannity, routinely America’s most-watched cable news program, Texas governor Greg Abbott said his state’s predicament “shows how the Green New Deal would be a deadly deal for the United States of America.” In the days that followed, similar disinformation was repeated across Fox News and Fox Business programming, on competitor right-wing outlets OAN and Newsmax, in right-leaning newspapers, and in myriad statements by Republican elected officials.

These claims were nonsense. Texas runs primarily on natural gas, and it was frozen pipelines and wells—amid an energy infrastructure not designed to withstand cold—that were most responsible for the blackouts. Moreover, in the spirit of deregulation, state officials years ago had isolated their grid from the rest of the country, meaning Texas was unable to import electricity from elsewhere to keep the lights on. Some windmills did freeze, but only because they weren’t winterized—not due to an innate vulnerability of windmills in general.

In the reality-based press, experts defended renewable energy, and outlets issued explainers debunking Republican assertions. As the saying goes, though, a lie gets halfway around the world before the truth gets its shoes on. And so a story that should have been about Texans in need and a harrowing warning of the climate emergency turning life upside down was instead given over to a political mud fight—and that’s when it wasn’t reduced to a story about the high-flying misadventures of Ted Cruz.

Of course, disinformation is nothing new to the climate story. Exceptional investigative journalism has shown that fossil fuel companies knew as far back as the 1970s that their operations threatened humanity’s future, but they kept silent to keep their profits flowing. Now the fossil fuel industry is decidedly on the defensive—losing in the court of public opinion, shedding investors, and facing a new US president who vows expansive climate action. It’s no surprise the industry and its backers are again turning to disinformation. Judging by the chorus that followed the Texas freeze, they’re willing to get louder.

The question is, what can, and should, journalists do about that?

The best approach, simple as it sounds, is to lead with the facts, not punditry, says Kristy Roschke, managing director of the News Co/Lab at Arizona State University’s Walter Cronkite School of Journalism. Reporters should favor local sources and expertise over outsiders; coverage of the Texas storms that centered in-state climate and energy experts was exemplary. And as much as possible, journalists should focus on information that people need to make real-world decisions; if disinformation is often meant to distract, Roschke says, “the counter to distraction is usefulness.”

Above all, Roschke says, journalists must shirk the habit of framing everything as a two-sided debate. “We can’t keep reinforcing the debate when there’s no debate there,” Roschke says.

Research shows that repetition affects both how our brains imprint information and the claims we judge as true. Repeating falsehoods, then, even to debunk, can inadvertently reinforce them. A tool journalists can use to avoid this trap is what retired UC Berkeley linguistics professor George Lakoff calls a “truth sandwich”—that is, presenting disinformation between two statements of truth. For example: Power outages in Texas were caused mainly by gas and coal-fired power plants freezing up. Some right-wing media figures and Republican politicians have instead inaccurately blamed renewable energy and the Green New Deal. But wind and solar energy in fact fared better than fossil fuels did during the Texas cold snap, and the Green New Deal does not exist yet, either at the federal level or in the state of Texas.

Many pieces in the wake of the freeze instead led with false statements from officials, even when reporters’ intentions were to call them out. “The aspiration of journalists here is good, it’s to help people,” Roschke says. But the effect is to let disinformation drive the news agenda. By treating bad-faith arguments as worthy points of public discourse, journalists inadvertently lend credibility to false notions that climate change or the need for green energy are up for debate, when the science clearly says otherwise. “It becomes this self-perpetuating cycle,” Roschke says. “Childish behavior and posturing around a topic become news, because elected officials are noteworthy. That news then reinforces those false narratives, which makes politicians keep feeding into [the cycle].”

That’s not to say intensive fact-checking doesn’t have its place. But for the average newsroom, dedicating too much time and space to batting down untruths—from determined bad-faith actors, no less—can come at the expense of the actual news. “No, frozen windmills didn’t cause the Texas blackouts” is perhaps a satisfying headline to write. But to readers searching for the truth—who, crucially, may never read past the headline—it sustains a lie, Roschke says. (Open-ended headlines like “Did frozen windmills cause the blackouts?” are worse.)

If they’re careful, journalists can examine false narratives to gain insight into genuine concerns and questions audiences may have, says Shaydanay Urbani, who conducts research and training at First Draft, a nonprofit helping journalists and the public defend against disinformation. “Most misinformation has a kernel of truth,” Urbani says. The common charge from the political right that green energy will kill jobs, for example, is partially true, insofar as the fossil-fuel industry will necessarily contract in an energy transition. The argument ignores the fact that market forces are shifting to renewables already and that more jobs are being created in green energy than are being lost in fossil fuels. But it’s only natural that audiences would fear job loss and what change will mean for their communities—why fossil fuel backers harp on the specter of lost jobs in the first place. “What reporters can do,” Urbani says, “is dig into those narratives that misinformation plays into and then do stories that address those concerns, while emphasizing the truth.” Put differently: “Try to use the misinformation to understand the deeper concerns people have and provide reporting that answers those concerns.”

Granted, all of this is easier said than done. Disinformation is easy, because it employs simple narratives and plays to people’s emotions. Careful and nuanced reporting is hard, especially at a time when many newsrooms are strapped for resources. What’s more, the imperatives of social media and search-engine optimization make it more complicated than ever to frame a story. And even pitch-perfect stories exist in a fast-moving information ecosystem where best intentions can be effortlessly ripped out of context and repurposed to serve all manner of agendas.

At the end of the day, though, the public desires good information. With meaningful climate action now on the table, the usual suspects can be counted on to lie and obfuscate. This poses a challenge for journalists, but it could also be an opportunity to recover public trust and win over new audiences. “I think newsrooms should think of misinformation and disinformation as an opportunity to earn their audiences,” Urbani says. “We can always be doing more to connect with people.”