Journalists Have a Moral Obligation to Declare a Climate Emergency

Scientists say they have “a moral obligation” to “tell it like it is” — don’t journalists too? 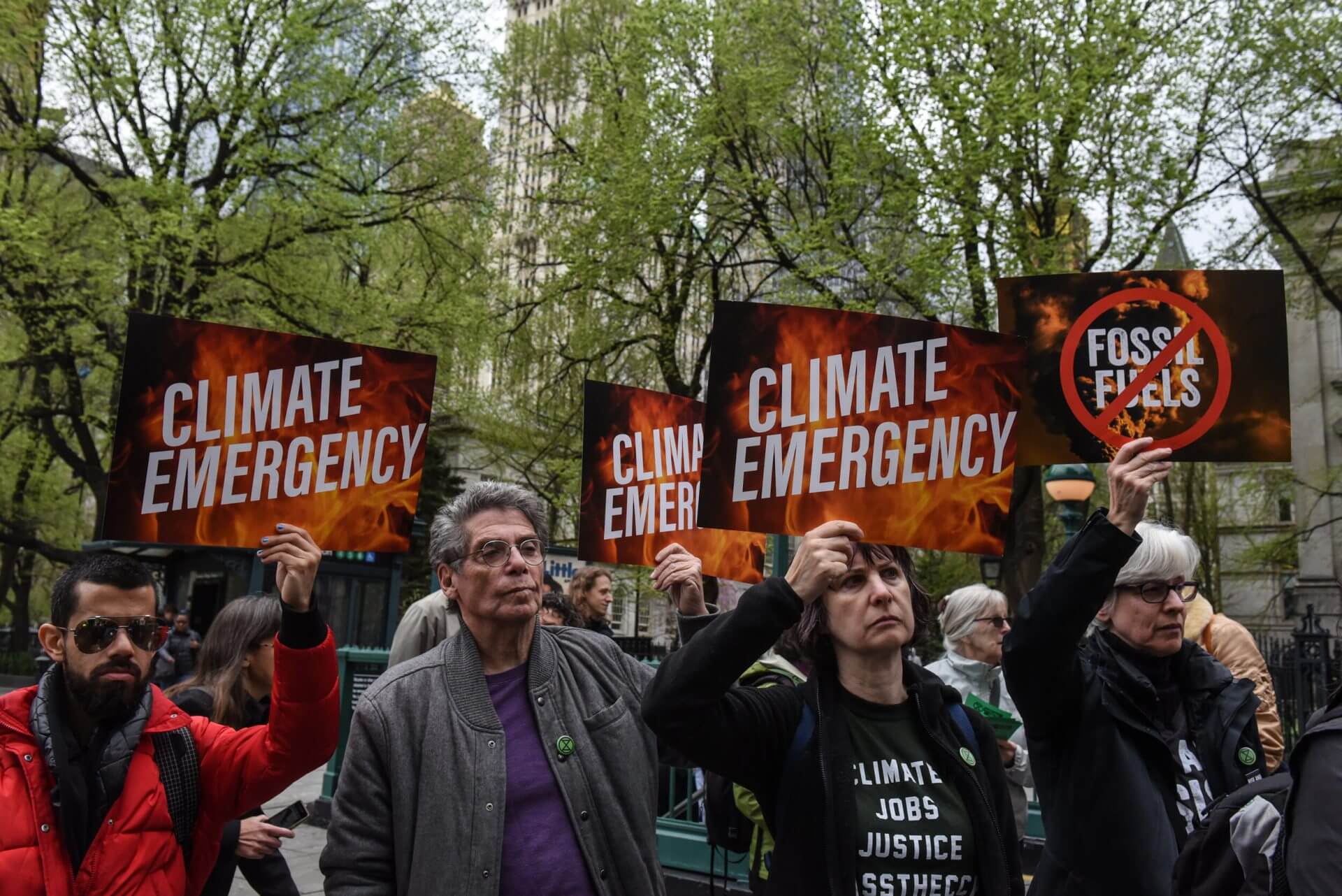 “I call on all leaders worldwide to declare a State of Climate Emergency in their own countries until carbon neutrality is reached.” So said United Nations Secretary General António Guterres in his speech to the Climate Ambition Summit on December 12, the fifth anniversary of the Paris Agreement. Guterres’s appeal seemed aimed at leaders of national governments; the Secretary General noted that “thirty-eight countries have already” made such declarations [among them, such big emitters as the United Kingdom, Japan, and Canada]. But it’s time for media leaders to declare a State of Climate Emergency as well.

Journalists and news executives in charge of newspapers, TV, and radio programs exercise a profound influence over how the public thinks and feels about the defining problem of our time—and what, if anything, governments, businesses, and other powerful actors end up doing about it. Shouldn’t news organizations be telling the unvarnished truth about the climate problem and, not least, its solutions?

Among major news organizations, only The Guardian has thus far made the kind of climate-emergency declaration the UN Secretary General urges. On October 16, 2019, the newspaper issued a statement from Katharine Viner, its editor in chief, promising “to provide journalism that shows leadership, urgency, authority, and gives the climate emergency the sustained attention and prominence it deserves.” A month later, the Oxford Dictionaries named “climate emergency” its word of the year for 2019, partly in recognition of the hundreds of cities, towns, and countries that had declared such emergencies. Yet news organizations have held back.

Some of my media colleagues will feel uneasy about taking such a step, fearing that this would cross the line between journalism and advocacy. That is a serious, understandable concern—after all, activists from Greta Thunberg’s Fridays For Future movement, Extinction Rebellion, and the Sunrise Movement, among others, have all repeatedly invoked the “climate emergency” as a rallying cry to demand a rapid decarbonization of the world’s economies.

But here is a companion fact that too many newsrooms seem unaware of—or, worse, ignore: it’s not just activists who talk about a “climate emergency.” As this column has mentioned more than once, more than eleven thousand leading scientists have expressly chosen the phrase “climate emergency” to describe the situation currently facing our civilization. Skeptical journalists should bear in mind that scientists tend to be data-driven, rationally inclined individuals who generally shun emotionally charged words. Scientists are embracing the phrase “climate emergency” now because the physical realities have become so extreme, the time remaining to fix the problem so limited, and the necessary reforms so difficult that no other words suffice. Humanity must slash emissions by 45 percent by 2030 to avoid utter catastrophe, UN scientists have warned, which will require transforming the world’s energy, agriculture, finance, and other key sectors at a pace and scale unprecedented in history.

“Scientists have a moral obligation to clearly warn humanity of any catastrophic threat and to ‘tell it like it is,’” the statement signed by the eleven thousand-plus scientists begins.

Journalists demonstrated just such a moral obligation while covering the coronavirus this year. Despite staff cuts that required many journalists to work what used to be two or three separate newsroom jobs, news outlets heroically embraced the challenge of informing audiences about what was happening during the pandemic, why, and how people could protect themselves and others. The media also held political leaders to account, with most US-based outlets (aside from Fox News and other cheerleaders for Donald Trump) spotlighting unfounded or dangerous assertions by the president and other purveyors of misinformation. No one who followed most coverage of the pandemic was left in doubt that our societies were facing, to recall the climate scientists’ statement, “a catastrophic threat”—and this outcome was because journalists did not shrink from “telling it like it is.”

Now, journalists must bring that same sense of professional dedication to covering the climate emergency. As Guterres pointed out, the earth “is headed for a catastrophic temperature rise of more than 3 degrees [Celsius] this century.” Such an increase, science makes clear, would be a death sentence for hundreds of millions of people, and civilization as we know it. Saying so is no more partisan than saying coronavirus is highly contagious and threatens to kill millions but can be contained if people wear masks and physically distance.

Climate journalism has come a long way in 2020. If 2019 was the year when the mainstream media, especially in the US, at last abandoned the “climate silence” that had blunted public understanding and political action for so long, 2020 has been the year when politicians and newsrooms alike began treating climate as a top-tier issue that demanded serious attention. For the first time, climate change was discussed at length during the US presidential and vice-presidential debates; it was even raised during the Senate run-off debates in Georgia. There were still shortcomings: for example, coverage of last summer’s hurricanes often did not mention that climate change helps drive extreme weather. But those errors were later rectified as coverage of the California wildfires generally made the climate connection.

Coverage of the Secretary General’s appeal for declarations of a climate emergency, however, illustrates that there is still far to go. Although Reuters ran an article that headlined Guterres’s statement, and the Associated Press referenced it in one sentence, many of the world’s biggest news organizations did not center the urgency of our moment in their coverage, much less headline it.

The coming months will be a pivotal time in the climate emergency. In Washington, the question will be whether the incoming Biden administration can implement reforms matching the scope and severity of the emergency, and whether Republicans continue to obstruct progress and thereby knowingly condemn young people to a future hell on earth. Globally, the UN summit in November will decide whether the world’s governments do not merely pledge in words to reach “net zero” emissions by mid-century but also take actions to do so.

Declaring a “climate emergency” is, too, a matter of words, but politics is often a dance between words and deeds. Words can set the stage for deeds, both by clarifying what is at stake and by providing a standard for holding leaders to account. News organizations have big megaphones, and in 2020 we used them well to help steer our societies through a terrible pandemic. Let 2021 be the year that we declare, in accordance with science, that humanity is facing a climate emergency—an emergency we promise to illuminate and, we hope, help humanity overcome.