"Now more than ever it is important to cover one of the most pressing issues in our lifetimes,” said Al Roker, who announced the collaboration on the NBC News TODAY show. 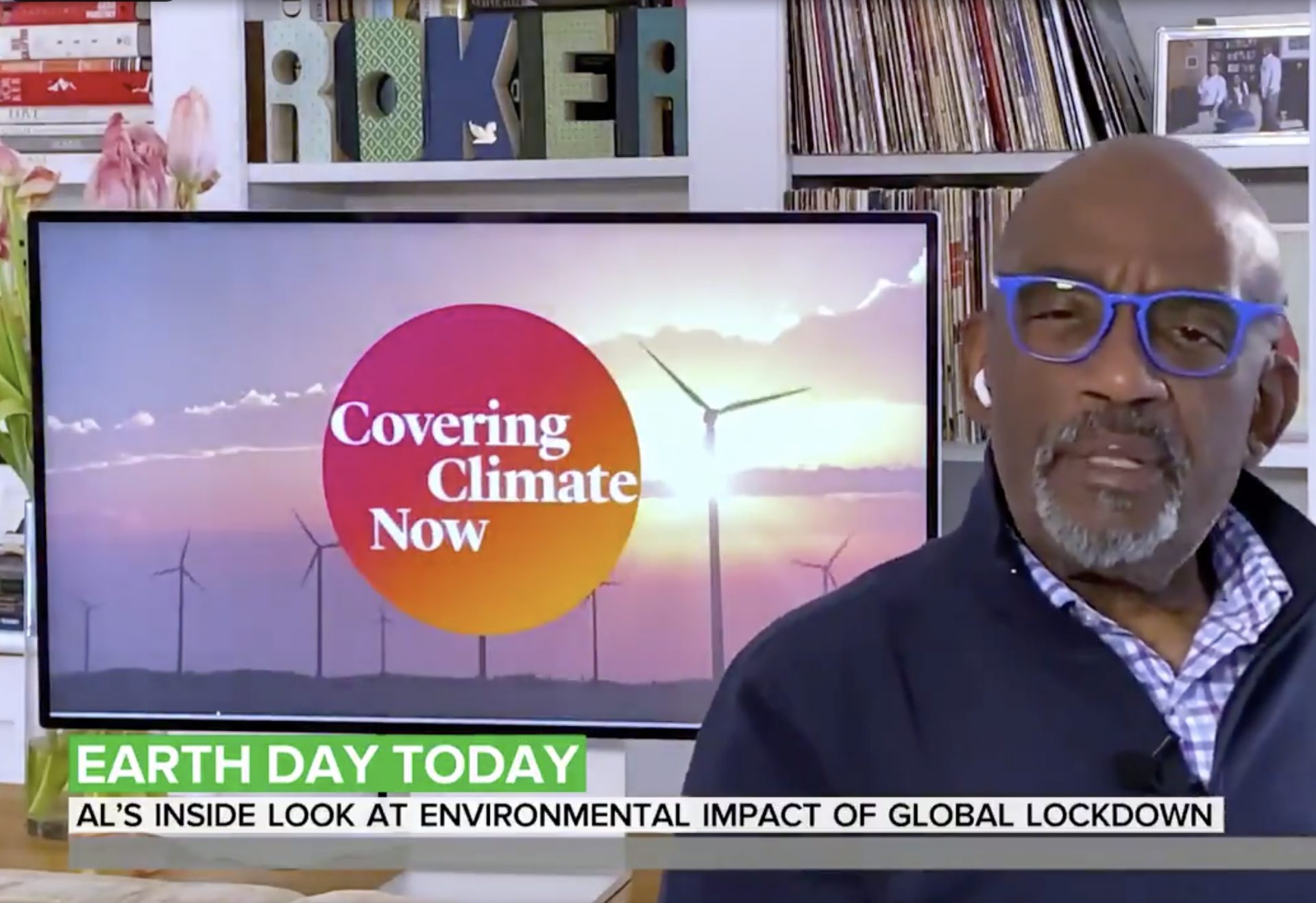 “Now more than ever it is important to cover one of the most pressing issues in our lifetimes,” said Al Roker, who made the announcement on NBC News’ TODAY, the iconic morning news program where he is the weatherman and a co-host of the 3rd Hour of TODAY, as well as heading NBC News’ Climate Unit.  “Climate issues are real, and what we will provide are real facts from real scientists so people can make choices and decisions for themselves.” Watch the segment.

The NBC announcement comes as Covering Climate Now’s partners are presenting a week of coverage coinciding with the 50th anniversary of Earth Day and focusing on climate solutions.  From April 19 to 26, outlets including some of the biggest names in news—The Guardian, Reuters, Bloomberg, CBS News, HuffPost, Agence France Presse, The Times of India, and more—are running news articles, commentaries, interviews and multi-media presentations on climate solutions ranging from technical fixes such as solar panels and pricing carbon to civic actions such as voting and protest marches.  During a similar week of coverage last September around the United Nations Climate Action Summit, Covering Climate Now partners ran more than 3,600 stories, helping to drive a massive increase in overall coverage of climate change after years of limited media interest.

“Covering Climate Now could not be more thrilled to have NBC, MSNBC and Noticias Telemundo join our collaboration,” said Mark Hertsgaard, CCNow’s executive director and the environment correspondent for The Nation, who has reported on climate change from 25 countries since the 1990s.  “More and better news coverage is itself an indispensable climate solution, and we can’t wait to see how all of our NBCUniversal colleagues bring their talent and resources to bear on this challenge.”

“Noticias Telemundo is deeply committed to bringing our viewers news about the environment and excited to further our commitment by becoming part of Covering Climate Now,” said Vanessa Hauc, a Telemundo anchor and the network’s climate correspondent. “It reaffirms our mission to inform and empower our audience on an issue of vital importance to them.”

Co-founded in April 2019 by The Nation and the Columbia Journalism Review in association with The Guardian, Covering Climate Now is a non-profit organization designed by journalists, for journalists.  Kyle Pope, CJR’s editor and publisher, and Hertsgaard co-authored an article on Monday explaining why they decided to proceed with a dedicated week of climate solutions coverage even as the public and fellow journalists are understandably focused on the coronavirus.  “The overlaps between the coronavirus crisis and the climate crisis are many, and the same best practices when it comes to reporting are needed,” Hertsgaard and Pope wrote, adding, “We must report with compassion, candor, and courage, not only chronicling the ongoing devastation, as important as that is, but also illuminating credible remedies and reasons for hope.”

All bona fide news organizations are invited to join Covering Climate Now.  There is no financial cost, nor any “editorial line” to follow, except respect for climate science.  Send inquiries to:  editors@coveringclimatenow.org