CCNow and Columbia Journalism Review are recognizing exemplary journalism about the defining story of our time, with an award celebration to be hosted this September by NBC News’ Al Roker and Savannah Sellers. 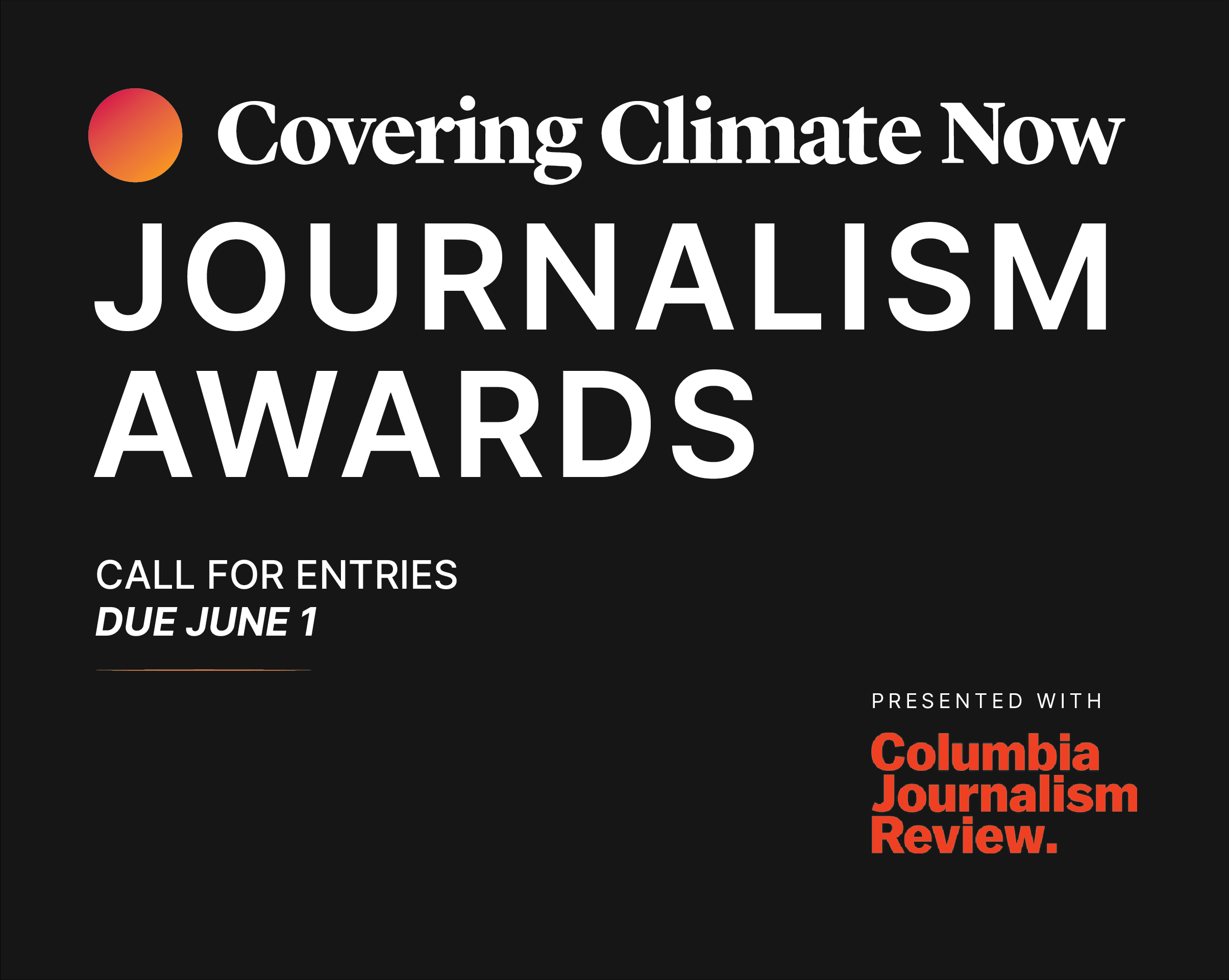 Covering Climate Now and Columbia Journalism Review are proud to launch an annual award to celebrate exemplary journalism about the defining story of our time. The Covering Climate Now Journalism Awards will honor journalists from every corner of the newsroom who are producing coverage in print, digital, audio, video, and multimedia formats that report on all dimensions of the climate story, especially solutions. Submissions are now closed.

The awards will be presented in a dozen categories, along with a Lifetime Achievement Award and an Emerging Journalist Award. A globally accessible celebration in September will be hosted by Al Roker, TODAY weather and feature anchor and co-host of the 3rd Hour of TODAY and Savannah Sellers, correspondent for NBC News and MSNBC, co-anchor of NBC News NOW and co-host of NBC News’ Stay Tuned program.

Organized by journalists, for journalists, Covering Climate Now is a non-profit, non-partisan consortium of more than 400 news outlets working to improve media coverage of the climate story. Its partner outlets represent 57 countries and reach a combined audience of roughly two billion people. Partners include some of the biggest names in news — NBC News, The Guardian, CBS News, Bloomberg, Agence-France Presse, Reuters, Nature, Scientific American, Al Jazeera, VICE World News, and NowThis — as well as local and independent news organizations from around the world.

“We founded Covering Climate Now two years ago to break the climate silence that pervaded too much of the media, especially in the United States,” said Mark Hertsgaard, the executive director of Covering Climate Now and environment correspondent of The Nation. “We’re glad to see more news outlets recognizing that climate change is a huge, urgent story that touches every beat in the newsroom, and we hope these awards will encourage more and better coverage.”

Covering Climate Now and the Columbia Journalism Review will convene a jury of distinguished journalists to review the entries. Winning entries will feature great storytelling that — among other strengths — is rooted in science, humanizes climate change, empowers audiences, and holds power to account. The jurors will recognize work that communicates the many dimensions of the climate emergency; that highlights and scrutinizes solutions; that calls out disinformation and self-dealing; and that recognize the disproportionate impacts climate change has on communities of color and the poor.

“We are looking for exemplary reporting and commentary that provides a model for journalists everywhere as more newsrooms focus on the climate story,” said Kyle Pope, the editor and publisher of Columbia Journalism Review, the most respected voice in US media criticism. “This isn’t just about winning an award; it’s about showing how all of us should be covering the story that will increasingly shape the future.”

Journalistic work published or broadcast during 2020 is eligible. Journalists and newsrooms from all countries are invited to submit entries (in English only, sorry). There is no entry fee, and news outlets are not required to be Covering Climate Now partners to participate. Submissions from freelancers are welcome.

The Covering Climate Now Journalism Awards are made possible by the generous support of the Michaux Family Foundation, Wayne Crookes, and a founding grant from the Schumann Media Center.