It’s very much businesses that led us to the current climate crisis. At a time when climate coverage seems finally to be catching on with audiences, we should expect climate business stories to have wide appeal. 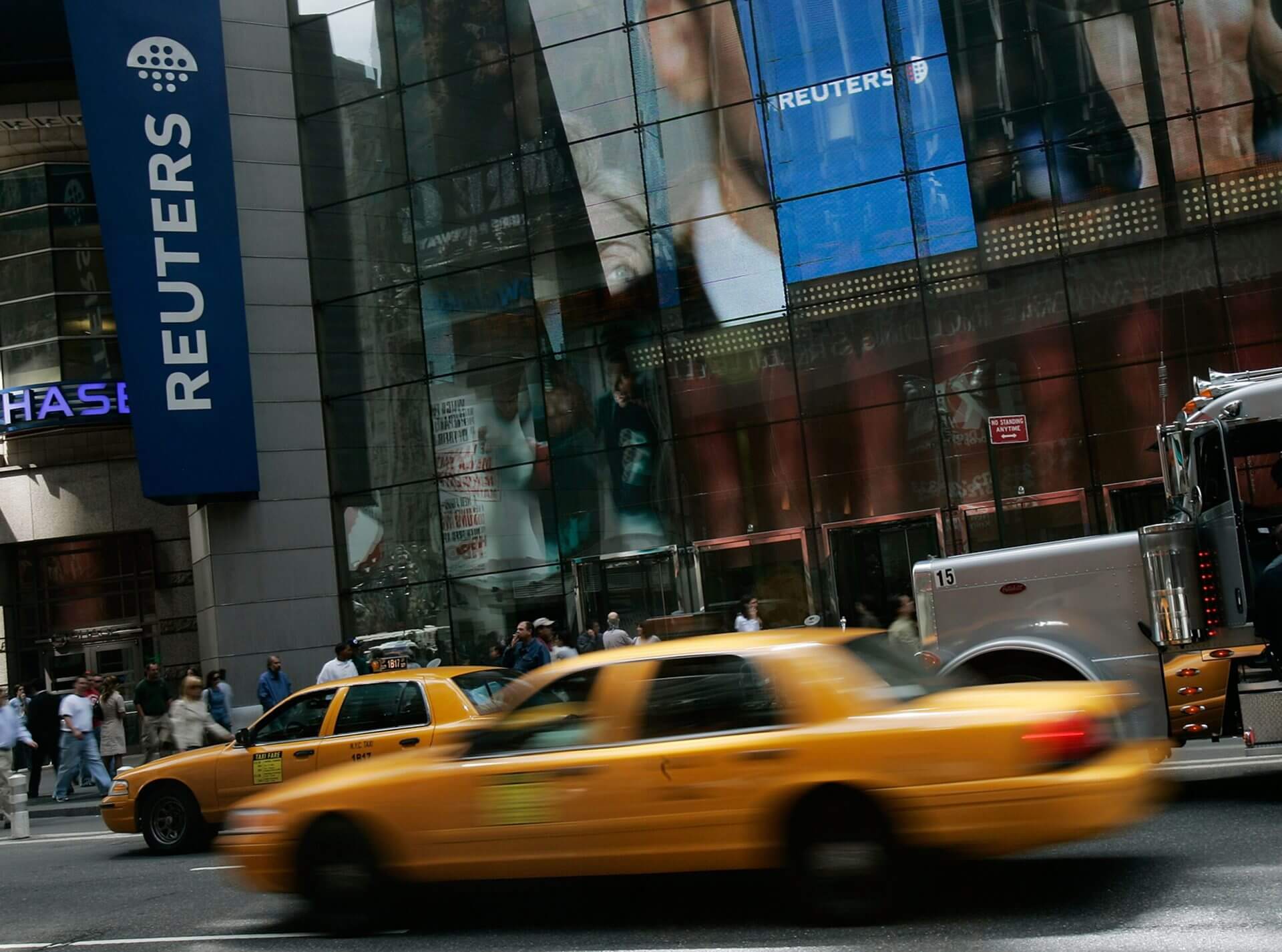 Big news: Covering Climate Now is thrilled to welcome the Reuters news agency to the collaboration.

Reuters publishes 2.2 million news stories a year in nine languages and distributes 1,600 photos and 200 videos a day, serving thousands of newsrooms throughout the world. Reuters is the third of the world’s biggest news agencies to join CCNow, following Agence France Presse and Bloomberg. Its addition brings the number of news outlets in CCNow to nearly 400 and the collaboration’s total combined audience way up, towards 2 billion people.

“Reuters is committed to providing the most accurate and insightful coverage of the climate crisis, as it threatens the health, safety and economic well-being of people world-wide,” said Reuters Editor-in-Chief Stephen J. Adler when announcing the move today. (Adler is the chairman of the board of overseers for the Columbia Journalism Review, a founding partner of CCNow, along with The Nation.)

Reuters has covered the climate story closely for decades, including in a recent award-winning series on how the climate crisis is affecting the world’s oceans. Joining CCNow is a way for the agency “to reinforce its commitment to covering climate change,” Reuters said in its announcement.

“It is through the leadership of news outlets like Reuters that we can increase and improve the coverage, around the world, of the most important story of our time,” said Kyle Pope, the editor and publisher of the Columbia Journalism Review.

As always, CCNow invites colleagues throughout the media to join our collaboration: all we ask is a commitment to doing more and better coverage of the climate story. Write us at editors@coveringclimatenow.org.

Here are  some of the most notable climate stories of the past week:

We begin with exemplary climate coverage by The Washington Post, a brilliant series of photo essays from eight locations around the world that illustrate the day-to-day realities of the climate emergency. Kudos to the Post for going beyond “the usual suspects” of climate casualties, such as Alaska, to report from Minnesota, Qatar, Angola, Colorado, and Siberia, as well as a surprising “good news” dispatch from Uruguay, a leader in renewable energy. The series is a reminder of what talented journalists can do when they’re turned loose on a subject of vital public importance with sufficient financial backing. (The Post is not a CCNow partner, and this series is not available for CCNow outlets to republish.)

Our CCNow partners at Vox also published a powerful climate story with striking visuals last week and an upbeat message. “These 3 supertrees can protect us from climate collapse,” announced the headline. A team of three reporters and three photographers ventured to Brazil, Indonesia, and the Democratic Republic of the Congo, the countries that “have the largest areas of tropical forest within their borders [and] the highest rates of deforestation.” In a kind of journalistic elaboration of Richard Powers’ The Overstory, which won the Pulitzer Prize for fiction this year, the Vox team describes trees literally producing their own rainfall, as well as removing carbon from the atmosphere and supporting hundreds of other species. At the bottom of the story, three additional stories dive deeper into each country’s supertree. (None of the Vox stories may be republished.)

Finally, the failure of last week’s UN climate summit in Madrid prompted many postmortems, but one of the most insightful came from our CCNow partner la Repubblica, the largest circulation newspaper in Italy. Yes, Trump’s climate denial and a toothless UN negotiating process are among the culprits for “the Madrid fiasco,” argues the paper’s Federico Rampini, but the other climate superpower—China—also bears responsibility. Drawing on his years as the paper’s bureau chief in Beijing, Rampini notes that Chinese President Xi Jinping has reversed China’s policies of closing coal plants and boosting renewable energy because “even an authoritarian regime … in the end has to take account of social consensus.” Coal remains cheap in China, and Xi fears that without it the economy, and his own hold on power, may be endangered. (This story is in Italian and not available for republication.)

Thanks for reading, and Happy Holidays! Look for the next edition of The Climate Beat in early January.