The same social systems that drive the climate crisis also perpetuate the racism that killed George Floyd and countless other people of color, and it is those systems that need replacing. 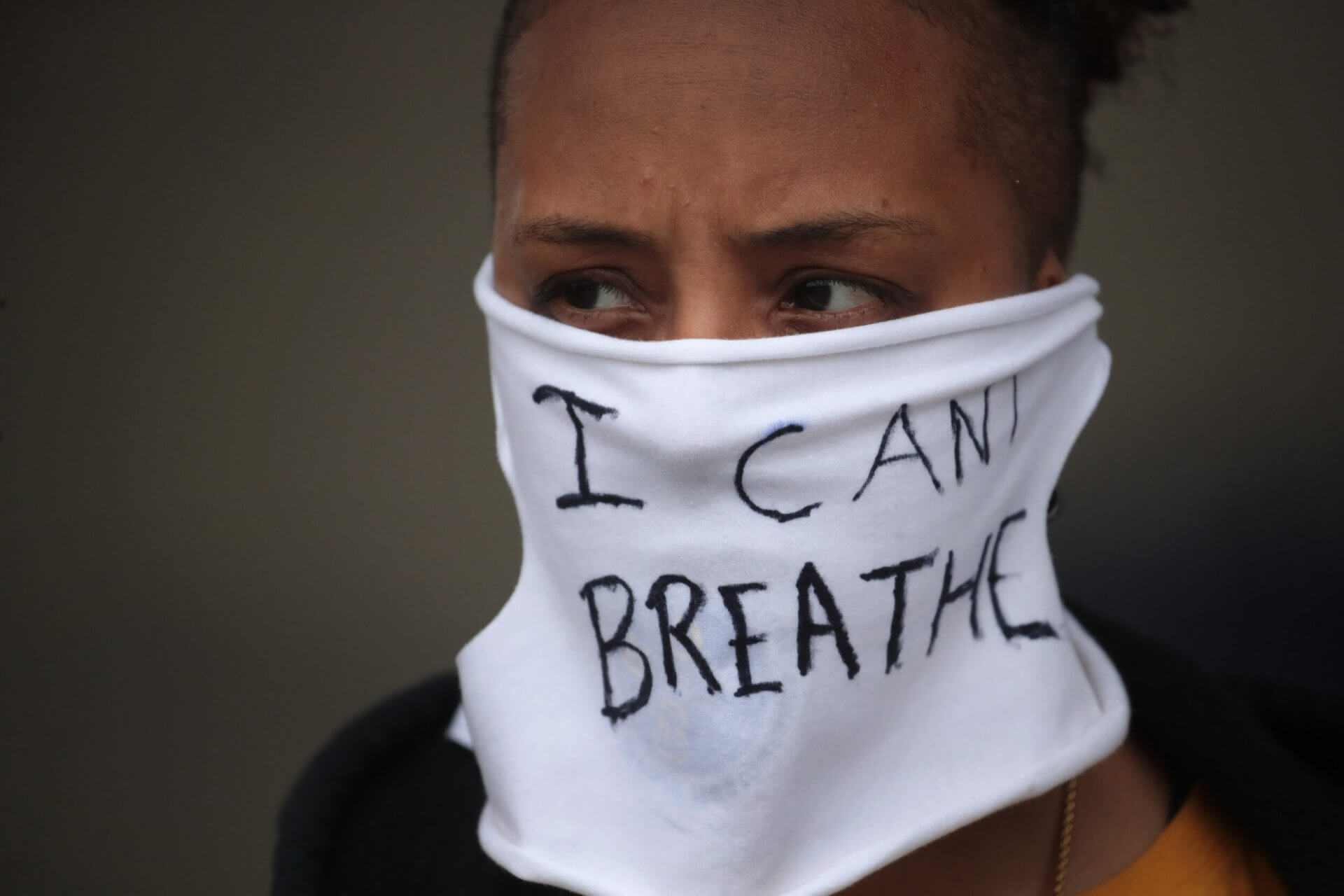 **To  our partners: Following Mark Hertsgaard’s column below (which we encourage you to republish), please read the Important Notice about rescheduling CCNow’s interview with UN Secretary General Guterres.

Shortly after the police killing of George Floyd, Varshini Prakash tweeted, “If we can imagine stopping the climate crisis then we sure as hell can imagine a day when white supremacy is ancient history too.” Prakash, 27, is the co-founder and executive director of the Sunrise Movement, an uprising of young climate activists who have done more than any other group to push the idea of a Green New Deal onto the public agenda. To Prakash and her fellow activists, the fight for a livable planet and the fight against racial injustice are the very same fight.

“Equity and justice have to be the lens through which we solve [the climate] problem,” Prakash has said. “If it does not work for and benefit the most disadvantaged among us … it will not fix the problem.” The climate problem, in the eyes of this new generation of activists, is systemic and rooted in privilege. The poor, people of color, and women suffer first and worst from the heat waves, droughts, and storms unleashed by global warming, though they did little to cause that warming. The rich, the white, and the comfortable whose investments and lifestyles drive global warming are often shielded from its impacts. The same social systems that drive the climate crisis also perpetuate the racism that killed George Floyd and countless other people of color, and it is those systems that need replacing.

Days after the Democrats gained control of the US House of Representatives in the 2018 midterm elections, Prakash and dozens of Sunrise members occupied the office of incoming House Speaker Nancy Pelosi, demanding that Democrats back policies that matched the scale and urgency of the climate emergency. After rising Democratic star Representative-elect Alexandria Ocasio-Cortez joined the protesters and applauded their efforts, a handful of articles appeared in Politico and other Washington-focused news outlets. Three months later, after extensive consultations with the Sunrise Movement and others, Ocasio-Cortez and Senator Ed Markey introduced a congressional resolution calling for a Green New Deal. Suddenly, the Green New Deal was national news, with stories running in leading newspapers, magazines, and even network TV news programs.

Now, Prakash and Ocasio-Corte, along with Vermont Senator Bernie Sanders, are attempting to make a Green New Deal part of the official platform of the Democratic party in the 2020 campaign. Prakash is serving on a task force established by Sanders and former Vice President Joe Biden, the Democrats’ presumptive nominee, to try to devise a climate policy all Democrats can support in November. Biden and Sanders each nominated  members to the task force, including one co-chair: Ocasio-Cortez for Sanders, and John Kerry—who, as Secretary of State under president Barack Obama, helped negotiate the Paris Climate Agreement—for Biden.

Media coverage of the Green New Deal has been scanty since Ocasio-Cortez and Markey introduced their resolution in February 2019, even as Sanders and most other Democratic candidates endorsed various versions of a Green New Deal during the primaries. Now, as Democrats debate whether to make a Green New Deal part of their argument for defeating Trump, newsrooms have an opportunity to catch up with the story. Americans deserve to know before they vote in November what a Green New Deal is, how it would work, what it would cost, what position the contending political parties and candidates take on it, and what difference it could make in the effort to preserve a livable planet.

The work of the Biden-Sanders task force is a good place to start. Like most climate activists during the primaries, the Sunrise Movement blasted candidate Biden’s climate proposals as much too weak. Yet after the task force completed its second meeting, Prakash tweeted a video message saying she was “cautiously optimistic” that she and her new colleagues would agree to “a national mobilization this decade that creates tens of millions of good paying jobs with access to a union.” She added that at a time “when we have 30 million unemployed in this country, we can take this opportunity to rebuild from the horrific impacts of COVID-19 stronger, more resilient and more sustainable than before.” And she made a point of praising the contributions of two Biden appointees, including Gina McCarthy, Obama’s former Environmental Protection Agency chief, who reportedly told the task force that the benefits of any climate policy “need to get to people today and tomorrow, not by 2050.”

The debate around the Green New Deal offers an abundance of news angles. Whether Biden and the Democrats go all in on a Green New Deal is unquestionably a big political story. It’s also a major business story: Which sectors of the economy stand to benefit from a Green New Deal? Which will resist, and why? Local coverage can ask what the mayors, governor, and other key public and private officials in a given region think a Green New Deal would mean for jobs and investment within their jurisdiction. International stories can explore how a justice-centered Green New Deal compares to the green stimulus programs the European Union, the International Monetary Fund, and other pillars of the global establishment have urged to revive coronavirus-battered economies. And looming over everything is a final question: how would a Green New Deal affect our civilization’s chances of surviving what remains, even amid this pandemic, the gravest threat of our time?

**Covering Climate Now is looking for stories about the intersection of climate and racial and economic justice. If you have recent or evergreen stories on the subject of climate justice that you are willing to share with the CCNow collaboration for republication, please send the links to sharing@coveringclimatenow.org. We will distribute a package of stories in a later email.**

Important Notice: Covering Climate Now’s interview with the UN Secretary General, like the G7 summit, is being rescheduled. Therefore, CCNow’s planned coverage of green stimulus spending June 5 to 12 will also be delayed. But both items remain on our agenda, and we’ll be in touch soon with more information.

Thanks for reading, stay safe, and see you next week!