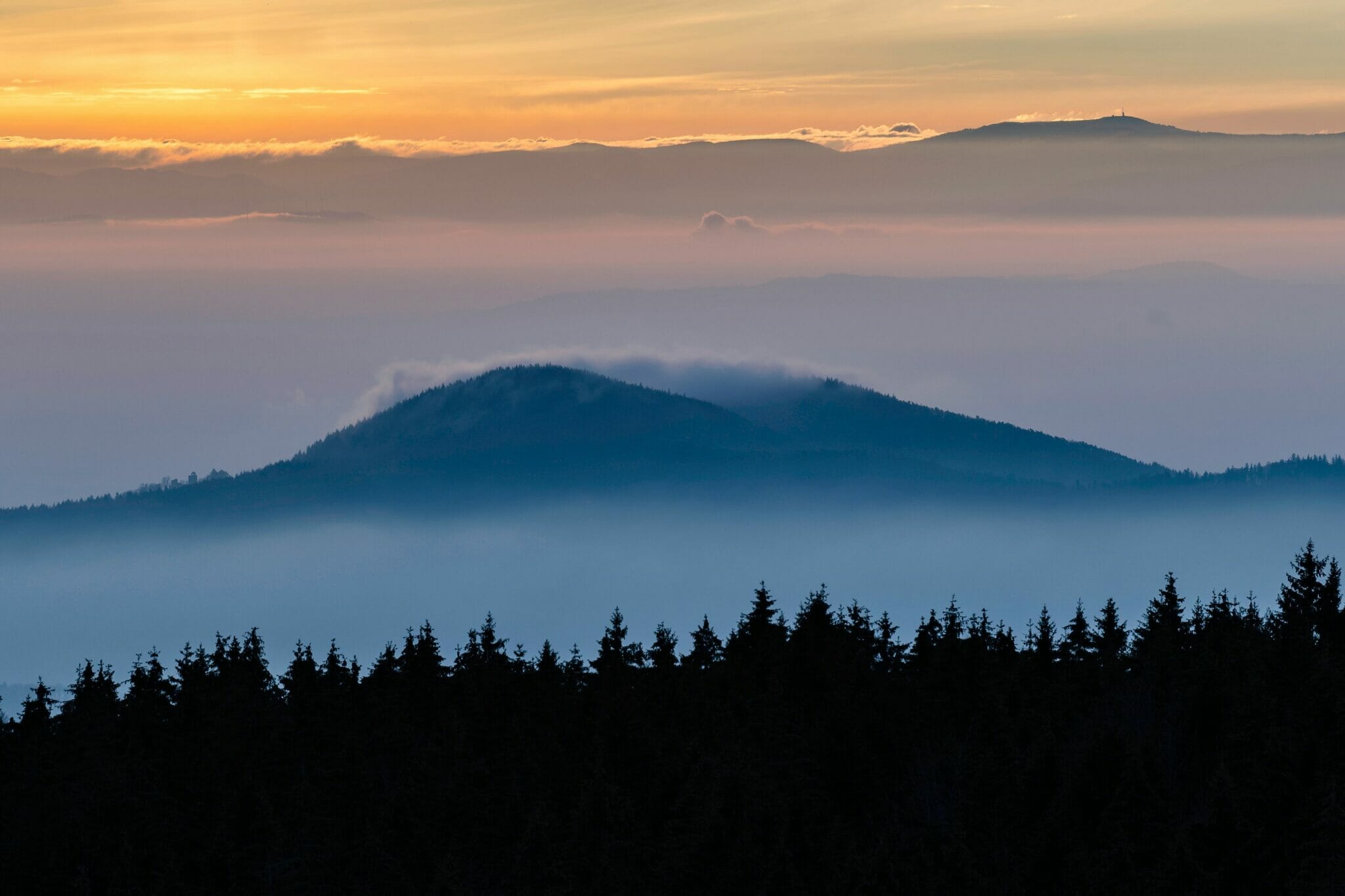 At this stage in the climate emergency, every year is a make-or-break year. Our role as journalists is to focus public attention on what needs doing and how it can be achieved, and to hold governments, corporations, and other powerful interests accountable for delivering that change. To that end, here are some of the most important climate stories of the coming year, along with news pegs and tips for telling them.

Can we defuse the climate emergency without also defusing the global crisis of democracy? In the United States, former President Donald Trump and his followers, still embracing the Big Lie that the 2020 election was stolen, are threatening retaliation and violence against election officials and trying to change voting rules to rig upcoming elections. If they prevail, “there is zero chance the US government will take the strong climate action needed to avert global catastrophe,” CCNow Executive Director Mark Hertsgaard wrote in the Guardian. The many links between the climate and the democracy emergencies around the world demand high profile coverage from news outlets everywhere — an ideal opportunity for climate reporters to collaborate with their colleagues on the politics, foreign, and other newsroom desks.

Another cornerstone of democracy, the right to protest, is also under threat. Lawmakers pushing proposed laws in the UK to restrict protest have admitted they were motivated in part by recent Extinction Rebellion demonstrations. The same appears to be happening in the US, where lawyers defending Indigenous-led water protectors protesting the Line 3 pipeline in Minnesota say many of the charges against their clients were overly aggressive and meant to send a clear message. Dozens of laws restricting the right to protest have been enacted in the US since 2017, with many more pending. Journalists should alert the public to such measures and press government officials on the rationale for them.

If the world is to “keep 1.5 C alive,” as the COP26 summit pledged last November, the world’s biggest emitters must dramatically accelerate the transition away from fossil fuels. News outlets can help by highlighting what governments in Washington, Beijing, New Delhi, Brussels, and Brasilia are — or are not — doing. In the US, that means sustained focus on President Joe Biden’s push to pass the Build Back Better Act and whatever related initiatives emerge. Just because BBB’s political opponents would have the public believe that the bill is dead is no reason to abandon the larger story. Lawmakers in both parties — especially the Republicans whose lockstep opposition has blocked climate legislation so far — should be pressed on what they support doing instead to save young people from an unlivable planet.

Also worth watching is an upcoming US Supreme Court case that could gut the Environmental Protection Agency’s authority to regulate greenhouse gas emissions. The court’s 6-to-3 conservative majority has climate advocates concerned that the Clean Air Act, the bedrock of US environmental regulation for 50 years, is in jeopardy.

Meanwhile, officials in California and Florida want to make it costlier to install rooftop solar systems. Yes, you read that right. With record wildfires and rising seas already walloping two of the US’s most populated states, some bureaucrats seem to think too much solar power is a bad thing. Juicy stories investigating how utility companies persuaded regulators to embrace that hairbrained idea await any journalist ready to report them.

Another 2022 priority should be solutions journalism — which, to be clear, is not cheerleading or activism but simply telling the entire story: both explaining a given problem and scrutinizing potential solutions. A major opportunity here will be the US Interior Department’s auction of 480,000 acres across six lease areas off the New Jersey shore — the most area ever offered in a single auction — for the development of wind energy. (For more climate solutions to chew on, check out this recent story in The New Scientist by Adam Vaughan.)

The Intergovernmental Panel on Climate Change is projected to release in late February the second installment of its Sixth Assessment Report (media registration here and see this two-page overview from Climate Nexus). The focus will be on climate change impacts, adaptation, and vulnerability. This spring, the third installment, on responses and solutions to climate change, will be released. Journalists wanting to get up to speed in advance can attend a CCNow press briefing on February 17 on the latest climate science. We’ll have more details on that in next week’s newsletter.

The Road to COP27

Following countries’ pledges at COP26, reporters should be asking: Are governments improving their climate action plans enough between now and COP27 in November to keep 1.5 degrees Celsius alive?

Over 100 countries pledged in Glasgow to cut methane emissions, which science tells us would have the fastest, greatest effect on slowing global temperature rise. While major emitters China, Russia, and India did not sign, the US and China released a joint declaration to increase cooperation on climate change, including on methane. Governments should also be held to account for their COP26 commitments to end deforestation and quit coal. Be sure to check out Al Jazeera’s helpful overview of individual country pledges.

This year isn’t going to be easy but we’re glad to be working alongside you all to tell the climate story with the rigor, creativity, and accountability it demands.

CCNow Q&A: Read our interview with Oregon Public Radio’s environment reporter Monica Samayoa, who serves on the steering committee of the Uproot Project. Samayoa shares how she unexpectedly “fell in love” with climate journalism, her tips for finding undercovered stories, and advice on covering climate and environmental impacts on communities of color. Read now.

A $4.7-billion clean-up. President Joe Biden’s infrastructure czar Mitch Landrieu announced that federal departments and agencies will coordinate a clean-up campaign of oil and gas wells abandoned by the energy industry. By Mark Ballard at The Advocate…

About that Humvee. Do taxpayers know the carbon footprint of the US military? Nope. That’s because the US military – which research shows is a huge polluter – and their global counterparts have no obligation to report their greenhouse gas emissions. InsideClimate News via Sonner Kehrt at The War Horse…

Wait, what? Texas Gov. Greg Abbott has written a letter to the state’s Supreme Court in support of ExxonMobil’s highly unusual claim that lawsuits by San Francisco and other California governments violate the First Amendment and — wait for it — Texas’s sovereignty. By David Schechter at WFAA…

It can be done. The state of South Australia sourced 100% of its energy from renewables — wind, solar farms, and rooftop solar — for almost a week straight. It’s a record for the state, and possibly similar energy grids around the world. By Nick O’Malley at The Sydney Morning Herald…

Oil drop. More than 450 scientists are calling on major public relations and advertising firms to drop their fossil fuel clients that “seek to obfuscate or downplay our data and the risks posed by the climate crisis.” By Valerie Volcovici at Reuters…

Student request. A University of Colorado PhD student is looking for journalists around the world who report on climate change to participate in a study exploring the influence of culture on journalistic practices. Participants will take part via a Zoom interview that lasts about an hour. Contact Alaimo at kathleen.alaimo@colorado.edu

Events. Join Earth Journalism Network for the launch of their new free course for journalists interested in reporting on biodiversity. January 25 at 11am US Eastern Time: RSVP here. For Spanish-language outlets, the National Association of Hispanic Journalists and Climate Nexus are hosting a webinar on making climate headlines. January 27 at 6pm US Eastern Time: RSVP here.