The same forest destruction that accelerates climate change can also encourage the emergence of diseases such as the coronavirus, Indigenous Peoples’ leaders said on March 13 in New York, as they criticized Cargill and other multinational companies for replacing forests with soy, palm and cattle plantations. 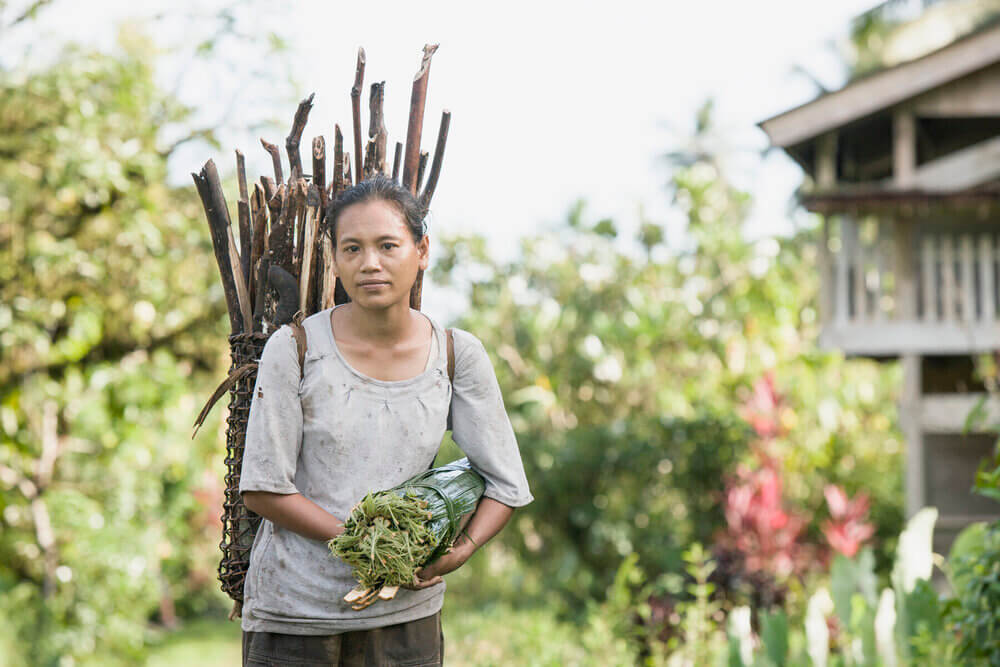 Photo: Joel Redman/If Not Us Then Who

Editor’s note: This story is available for reprint by CCNow partners.  Please see our reprint guidelines and photographs of the indigenous leaders quoted in this piece. B-roll, interview transcripts and further information can also be found here.

NEW YORK–The same forest destruction that accelerates climate change can also encourage the emergence of diseases such as the coronavirus, Indigenous Peoples’ leaders said March 13 in New York, as they criticized Cargill and other multinational companies for replacing forests with soy, palm and cattle plantations.

“The coronavirus is now telling the world what we have been saying for thousands of years—that if we do not help protect biodiversity and nature, then we will face this and worse future threats,” said Levi Sucre Romero, a BriBri indigenous person from Costa Rica who is the Coordinator of the Mesoamerican Alliance of Peoples and Forests.

The loss of habitat has brought wild animals into closer contact with humans and domesticated animals, research has found, enabling diseases such as the coronavirus to jump the animal-human barrier and spread through human-to-human contact.

“It is likely that an animal [is responsible for a virus that] has infected tens of thousands of people worldwide with coronavirus and placed a strain on the global economy,” said Mina Setra, a Dayak Pompakng indigenous person from Indonesia who is the deputy secretary-general of the Indigenous Peoples’ Alliance of the Archipelago (AMAN), which represents 17 million Indigenous Peoples across Indonesia.  “If only the world [had] worked to strengthen the rights of Indigenous Peoples–who have learned to live in nature with biodiversity and protect animal and plant species–we would see fewer epidemics such as the one that we are currently facing.”

Brazil in particular has experienced a growing assault on the rights of Indigenous Peoples, at some of the highest levels of government, according to Dinamam Tuxá, the coordinator and legal advisor to the Association of Indigenous Peoples of Brazil, where “Our people are being criminalized and murdered.”

“One of the main companies that has been financing genocide and destruction of indigenous lands is Cargill,” Tuxá said. “What we are asking from the multinationals is that they not buy commodities that cause deforestation and conflict and that are produced on indigenous lands.  We are also demanding that bilateral trade agreements … demand respect for Indigenous rights and ensure there are no products linked to deforestation coming into their countries.”

Recent peer-reviewed science has concluded that protecting the land and human rights of Indigenous Peoples who occupy much of the earth’s forested areas is the best way to keep forests standing, which in turn reduces global warming and biodiversity loss.

“Communities living in and around forest areas can play a vital role in successful conservation and restoration but are too often excluded from decision-making about forest policy in part because of unclear and contested land tenure,” wrote some of the world’s top forestry experts in a recent blog. “The absence of secure legal rights leaves communities and their forests vulnerable.”

“For us, climate change is not abstract,” said Sucre Romero.  “Just in my small community…we are [now] struggling to produce certain foods because of the changing climate. All of the Caribbean coast of Central America is confronting rising sea levels, and that is having an impact on the economy.”

In 2019, the UN’s Intergovernmental Panel on Climate Change called protection of land and human rights for Indigenous Peoples “vital” to tackling the climate crisis.  Indigenous lands experience a rate of tree cover loss less than half of what other lands experience, according to the World Resources Institute’s Global Forest Watch monitoring program; where indigenous rights are recognized, the difference is even greater.

Indigenous territories are increasingly under siege. A recent study in Proceedings of the National Academies of Sciences of the situation in the Amazon concluded that, “The trend toward weakening of environmental protections, indigenous land rights, and the rule of law…poses an existential threat to [Indigenous Peoples, local communities] and their territories. Reversing this trend is critical for the future of climate-buffering Amazon forests and the success of the Paris Agreement.”

Protecting indigenous rights and forests can also help the world find medicines to treat the coronavirus and potential future pandemics, the indigenous leaders said.  But too often, global companies enter indigenous lands and take their products and traditional knowledge without compensation.

“We know that 25 percent of the medicines [the world] uses come out of the forests and that by losing the forests we put in danger future solutions,” said Sucre Romero.

“The cure for the next pandemic might be in our lands, and what’s important is that our traditional knowledge is adequately recognized,” said Tuxá.  Instead, he added, “these large pharmaceutical companies come into our communities, extract our traditional knowledge and plants without recognizing our rights … and take them to the cities and say they’re their own discoveries.”

Covering Climate Now is a global journalism initiative of more than 400 new outlets committed to more and better coverage of the climate story.