The Sitting President Has No Climate Plan. Why Isn’t That Headline News?

Too often, the press meets the president on his terms—and, in doing so, fails to interrogate something that is unacceptable from the nation’s leader, no matter one’s political sympathies. 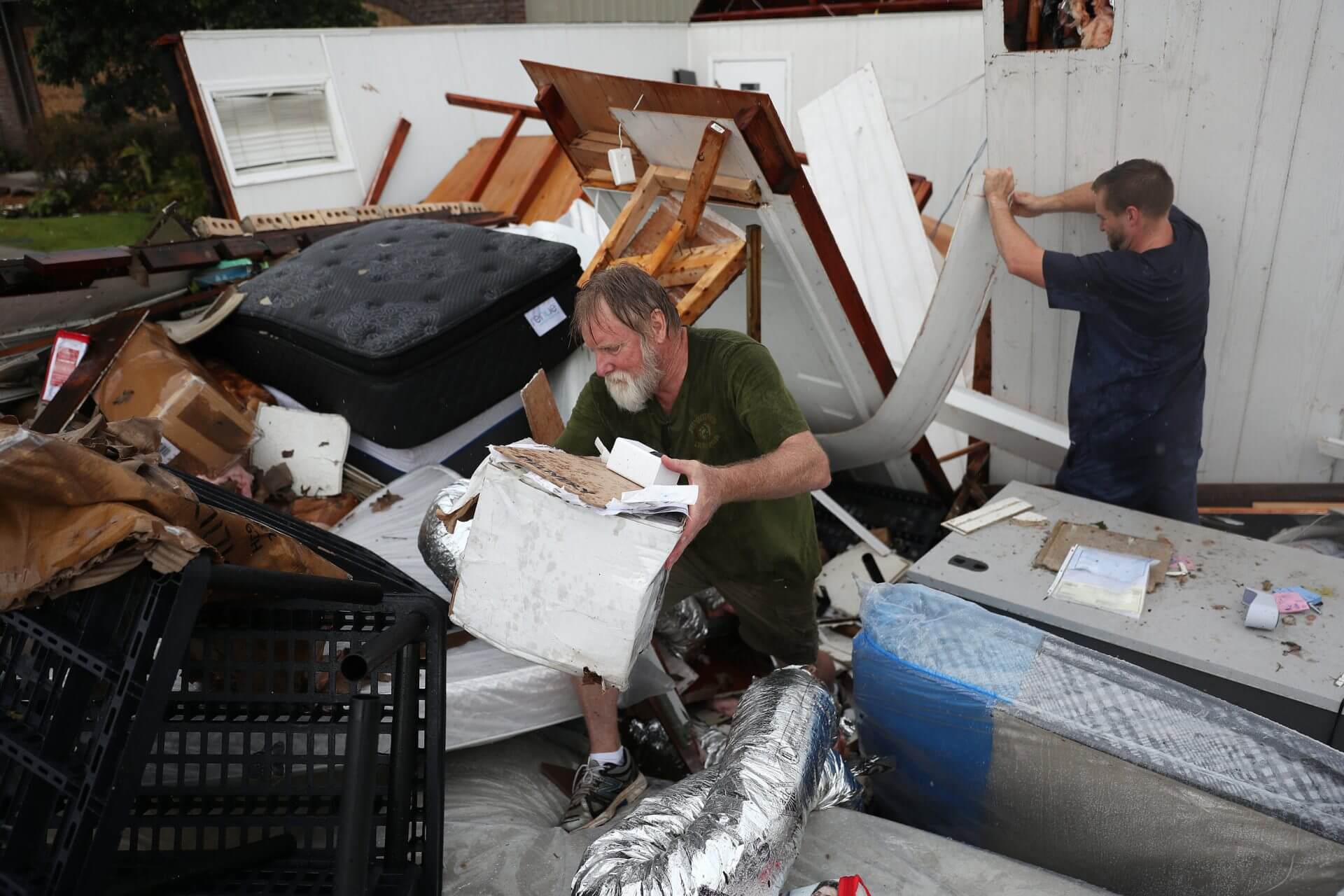 The president of the United States has no plan to address the climate crisis.

This is not a partisan observation; it is a fact, supported by Donald Trump’s own statements and the Republican Party platform, which, as in 2016, outrightly dismisses the climate threat and ridicules efforts to mitigate it. On August 23, the eve of the Republican National Convention, the president’s team released a bulleted list of Trump’s priorities for a second term. The word “climate” did not appear once. Given the unparalleled and scientifically incontrovertible threat that climate change presents, this is shocking, though it is not a surprise.

Too often, the press meets the president on his terms—and, in doing so, fails to interrogate something that is unacceptable from the nation’s leader, no matter one’s political sympathies. Does the president have a plan on this issue? a journalist asks. Of course not, goes the answer. Who would be fool enough to ask? And so the issue goes undiscussed.

The effect, however inadvertent, is that journalists are giving a pass to the president on an issue of supreme and urgent importance to the country’s—and, indeed, humanity’s—future. The public, meanwhile, is left woefully uninformed about the magnitude of the climate crisis and the necessity of a policy response.

In fairness, there’s a lot on the media’s and the public’s collective plates right now: historic protests for racial justice and horrifying, devolving violence in city streets; a pandemic that has taken the lives of 183,000 Americans and counting; an economic crisis, with joblessness to rival the Great Recession. These are all matters of pressing concern, and they deserve every ounce of journalistic rigor they’ve been given. Each is also closely intertwined with the climate emergency, however, so there’s really no excuse for skipping over it.

Even when nature itself delivers an opportunity to discuss climate change, many in the press let it slide. Last week’s Hurricane Laura escalated with a startling quickness, making landfall as one of the strongest storms on record to hit the Gulf Coast. The damage was not as catastrophic as initially feared, but the storm nevertheless left nearly 1 million people without power—meaning no air conditioning, even as a nasty heat wave then brutalized residents—and sparked a worrying chemical fire at an industrial plant in Louisiana. Yet, as Laura bore down on the Gulf Coast, and as the Republican National Convention commenced, a combined 50 segments on the hurricane broadcast by NBC News, CBS News, and ABC News did not connect the storm to climate change or to Trump and the Republicans’ policies, according to analysis by the research organization Media Matters for America.

Other components of these networks, including their digital platforms, fared better, and a few leading print outlets, including The New York Times, the Associated Press, and The Guardian, did make the climate connection. At CNN, climate correspondent Bill Weir published a comprehensive survey of extreme weather that climate change is driving around the world and observed that “you’d never know that” from watching the Republican National Convention. And CNN’s Dana Bash drilled Federal Emergency Management Agency chief Peter Gaynor on whether or not he accepts climate science and considers climate change a threat to the United States. “I’m not a scientist,” Gaynor repeatedly demurred.

It is disappointing that Bash’s strong line of questioning feels so rare.

In truth, getting this story right doesn’t take high-level math—just the normal journalistic commitment to present information in proper context. Climate change and the failure of political leaders to address it are matters of fundamental context, both when it comes to extreme weather stories and the broader story of this election cycle. Credible journalists would not, for example, report on coronavirus deaths without noting the Trump administration’s halting, often unscientific response. Nor would they report on clashes in the streets between right-wing militias and Black Lives Matter protestors without noting the president’s own incitement of the violence that has ensued. So why do mainstream outlets repeatedly skip over the context—a crisis and no plan whatsoever to answer it—when it comes to climate change.

Conversely, the media has given a fair amount of attention to former vice president Joe Biden’s $2 trillion clean energy plan, which in all but name calls for a Green New Deal and is by far the most ambitious climate action plan to ever accompany a major party platform in the United States. The key tension in stories about Biden’s plan, however, is often whether it will be judged as sufficient by the progressive wing of his party or whether Biden will be able to translate his plan into votes. This is a worthy subject, but surely the greater tension is between a nominee with a workable plan and a nominee with no plan at all. If journalists overemphasize Biden’s plan, and potential progressive discontent with it, it leaves audiences with the impression that Biden’s plan is more controversial than the president’s, which of course is not the case.

Journalists must do better in the weeks between now and Election Day. With the country embroiled in so many immediate crises, it may seem wrongheaded to insist on the climate story. But storms like Hurricane Laura, the raging wildfires in California, and the derechos that devastated the Midwest just weeks ago show that the climate crisis is not some far-away threat. It’s here now, and it demands a swift and comprehensive political response, no matter your political allegiances. That Trump offers none is an outrage. It should be headline news. Journalists must say so, with all the tenacity and drive they have brought to the other stories of this historic moment.

*When republishing any of the individual stories identified above as available, CCNow outlets are asked to append the CCNow logo, which you can download here, and the following tagline: “This story originally appeared in [insert name of original news outlet, with a link to the outlet’s homepage] and is republished here as part of Covering Climate Now, a global journalistic collaboration to strengthen coverage of the climate story.” Further detailed information on CCNow content sharing, including answers to frequently asked questions by our partners, can be found here.