It’s essential to take a long view on the latest IPCC report. There are many more urgent stories to tell, including the Ukraine connection. 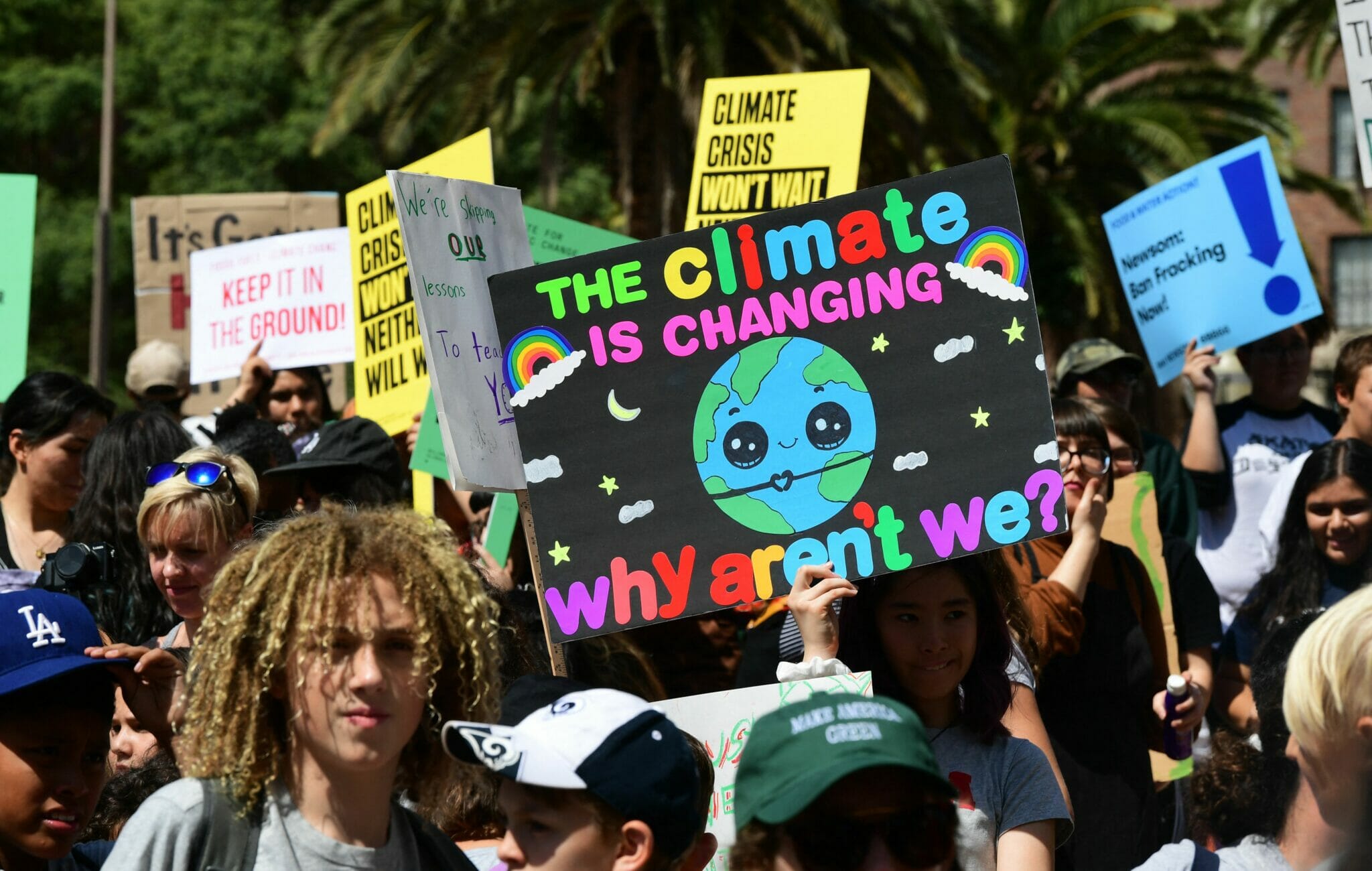 “Human-induced climate change and the war on Ukraine have the same roots: fossil fuels and our dependence on them.” So said climate scientist Svitlana Krakovska, the head of Ukraine’s delegation, at a session of the UN Intergovernmental Panel on Climate Change’s (IPCC) Working Group II, according to The Washington Post. “We will not surrender in Ukraine,” Krakovska added. “And we hope the world will not surrender in building a climate-resilient future.”

Krakovska’s comments came as the IPCC met to finalize a landmark report on the state of the climate crisis. Her words offer useful guidance to newsrooms as well. Even as Russia’s war on Ukraine understandably dominates news coverage, our audiences need to know that the onrushing climate emergency matters just as much.

Covering Climate Now urges our colleagues throughout the world not to treat the IPCC’s report as a one-day story. Let’s continue to highlight and explain its findings — its ominous warnings, but also its reminders that rapidly phasing out fossil fuels would enable humanity to avoid the worst impacts of the crisis. The news hook on Monday was that the report had been released; the news hook today, tomorrow, and for the foreseeable future is that the climate emergency is happening now, and only and fast and far-reaching action will save humanity from an unthinkable future.

The first-day coverage of the IPCC report described its key conclusions: the real-world impacts of global temperature rise — record heat waves, storms, droughts, rising seas, species extinctions — are happening faster than scientists had projected. These impacts are punishing the poor worst of all and societies will be unable to adapt to some impacts unless major reductions in greenhouse gas emissions are made over the next decade.

Reading and understanding the 3,600-plus-page report, which UN Secretary-General António Guterres called “an atlas of human suffering and a damning indictment of failed climate leadership,” will take time. In a news business constantly struggling against what Al Jazeera’s managing director, Giles Trendle, calls “the tyranny of the immediate,” finding that time cuts against the grain. But it is essential.

Valid shortcuts can make the task easier — notably, interviewing the scientists and other experts who contributed to the report and getting them to explain more than its headline conclusions.

All of us can take guidance and find inspiration from the work some of our partner outlets have produced so far:

We acknowledge that taking the long view on the news is not how things are usually done, but we hope that newsrooms will make an exception in this case. News is not only what is new, it is also what’s important. No one can doubt that the war in Ukraine is important. The fact that human civilization is hurtling toward the climate abyss and precious little time remains to hit the brakes is no less important. The press can tell both of these stories at the same time, and we must.

Awards deadline extended. Given reporters’ heavy workload in light of the situation in Ukraine, we have extended the deadline to submit to the 2022 Covering Climate Now Journalism Awards. Entries will now be accepted until March 8. Learn more.

Plastics clean-up. At the UN environment assembly, representatives from more than 150 countries agreed to develop a legally binding treaty to “end plastic pollution.” The resolution will be developed over the next two years. By Tik Root at The Washington Post…

Hooked on oil. While climate change got little play in President Biden’s State of the Union, the European Union is due to announce a new energy strategy next week aimed at reducing its reliance on Russian gas imports while also combating climate change. By Somini Sengupta and Lisa Friedman at The New York Times…

Funding autocrats. Fossil fuels are not only a main contributor to the climate crisis, but they also fund Putin’s military machine, as oil and gas make up 60% of Russian exports. And control of oil and gas supplies is leverage Russia is using against western Europe. Op-ed by Bill McKibben at The Guardian…

Adaptation. The world can learn from Bangladesh’s experience implementing a “whole of society” approach to climate adaptation, which the IPCC says is required in every country, as well as globally. Op-ed by Saleemul Huq at Scientific American…

Social science. A lead author of the new IPCC report talks about how the study pulls from local and Indigenous knowledge, along with anthropological research and other forms of social science, to show that adapting to climate change can’t be a one-size-fits-all approach. By Rebecca Leber at Vox…

Staggeringly huge. That’s how the recent winning bids to develop wind power in federal waters off the coasts of New York and New Jersey was described. Six companies, all but one of them European, bid $4.37 billion for 488,000 acres of leases – 10 times more money than the previous record. By Dan Gearino at InsideClimate News…

Dressing for the planet. To reduce our fashion footprints it’s recommended we “buy little new, plenty used, wear it a lot, and care for it well.” This series offers inspiration on how to do so. From Grist…

Clean energy trends. After releasing their annual “Sustainable Energy in America Factbook” today, BloombergNEF and the Business Council for Sustainable Energy will host an event to answer questions about this year’s trends in clean energy. March 4. RSVP.

Responding to climate threats. Following the release of the UN’s climate report this week, the World Resource Institute will hold a discussion with leading scientists, policymakers, and advocates on how the world must respond to the growing threats from climate change. March 8. RSVP.

Jobs. High Country News is looking for a news and investigations editor and for a climate justice fellow. The climate unit at NBC News is seeking an associate producer. 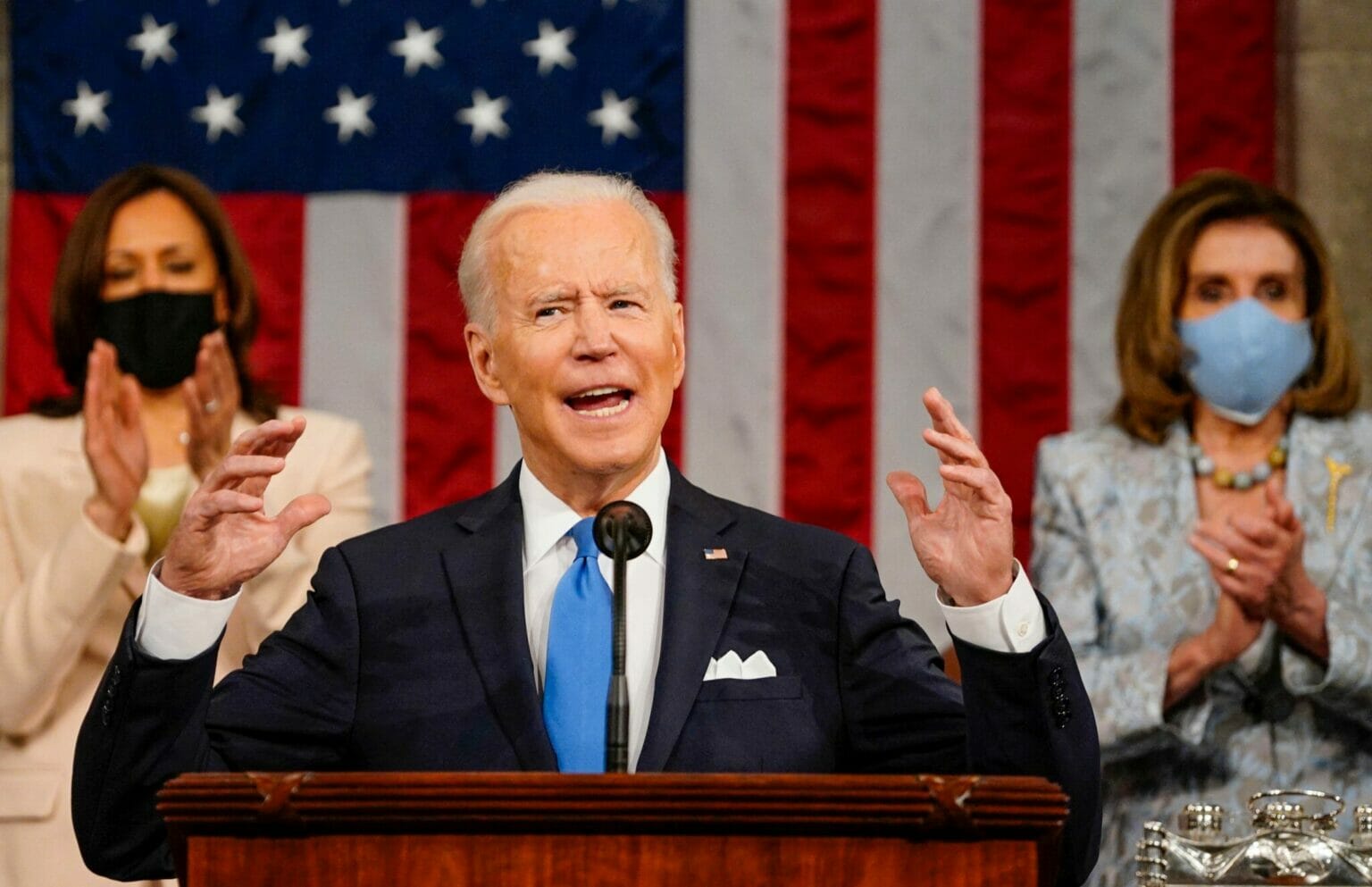 Climate Looms Large Over Biden’s First State of the Union. Will the Coverage Say So?

Amid all else that weighs on the world, journalists must preserve space for the biggest story of all. 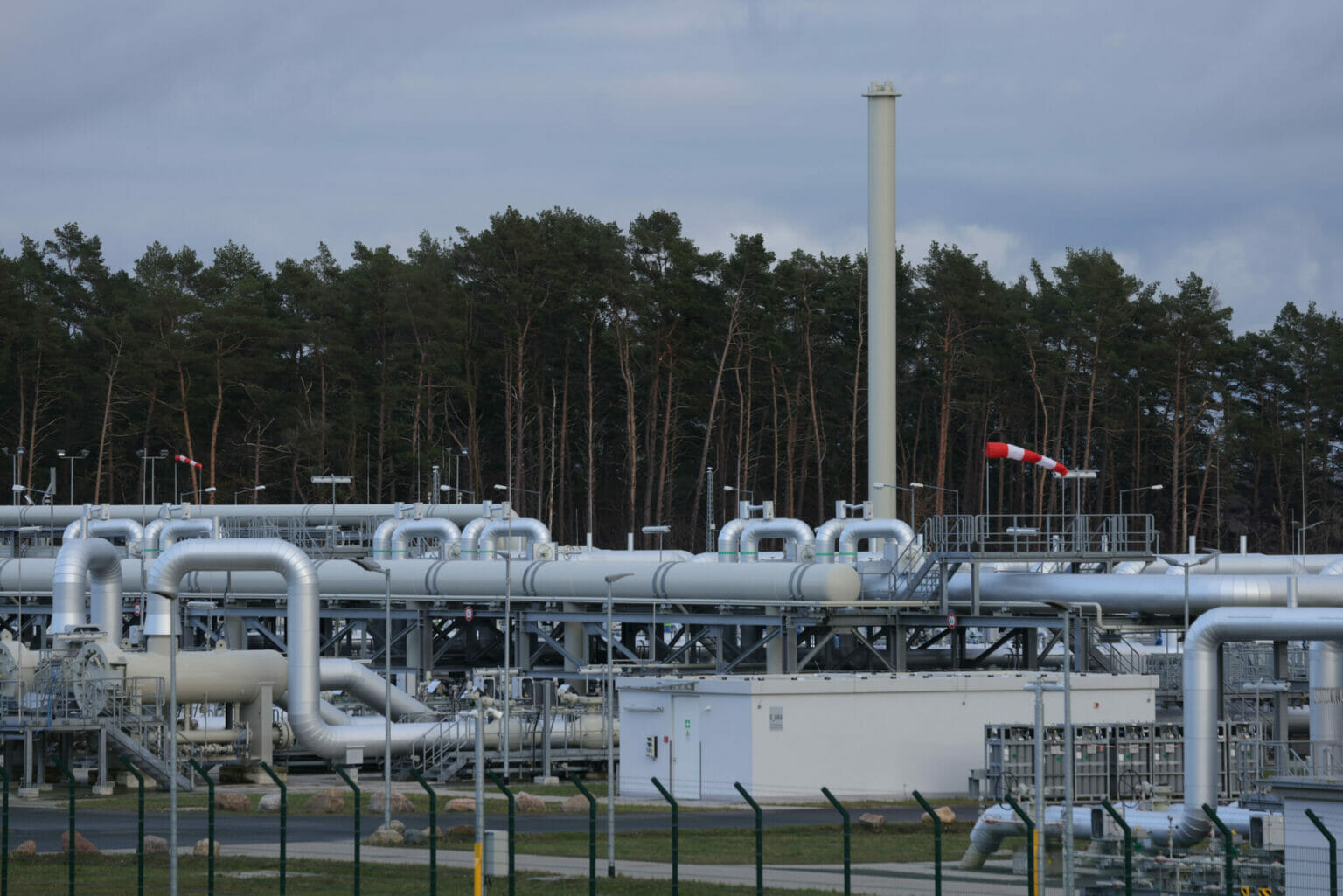 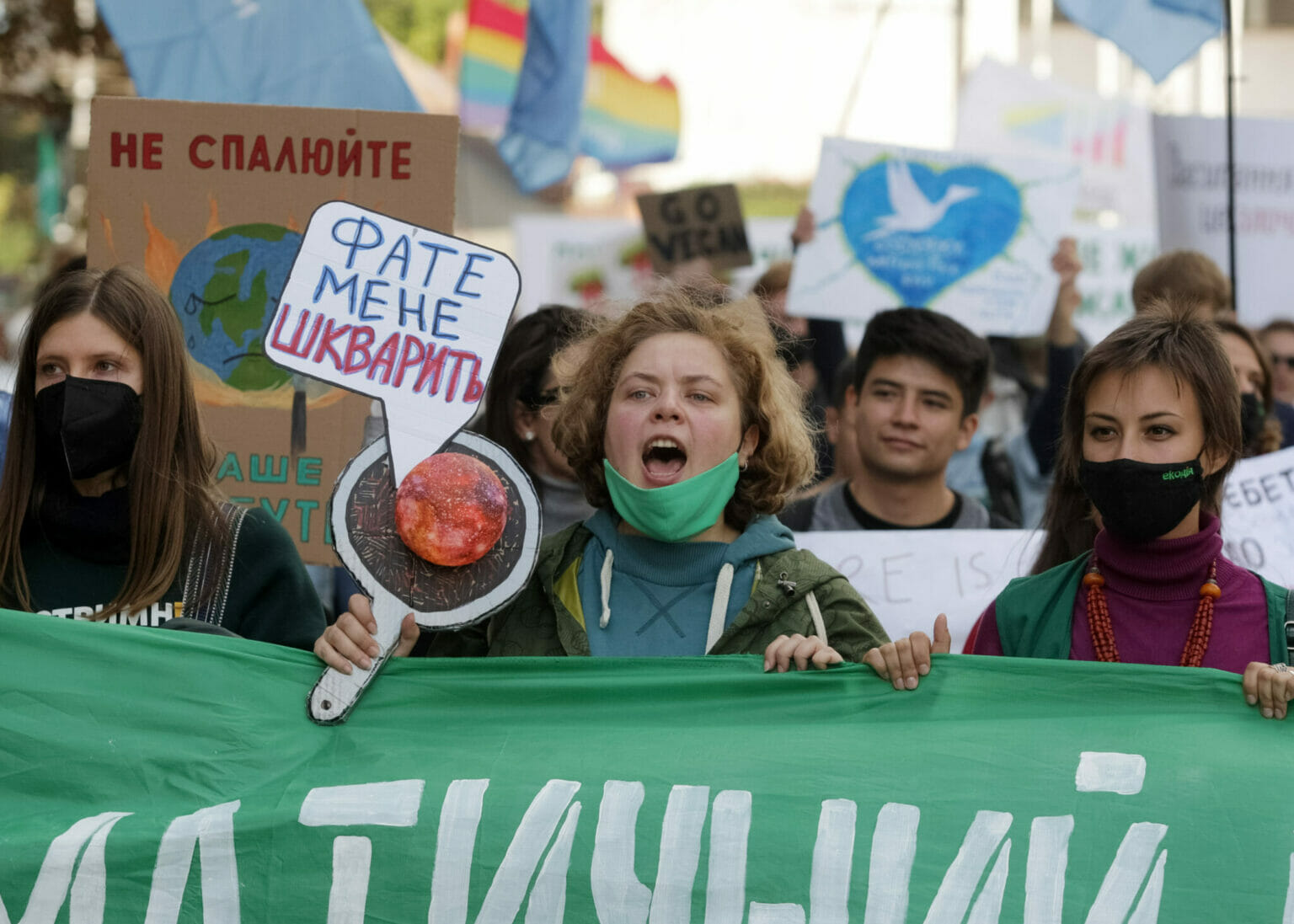