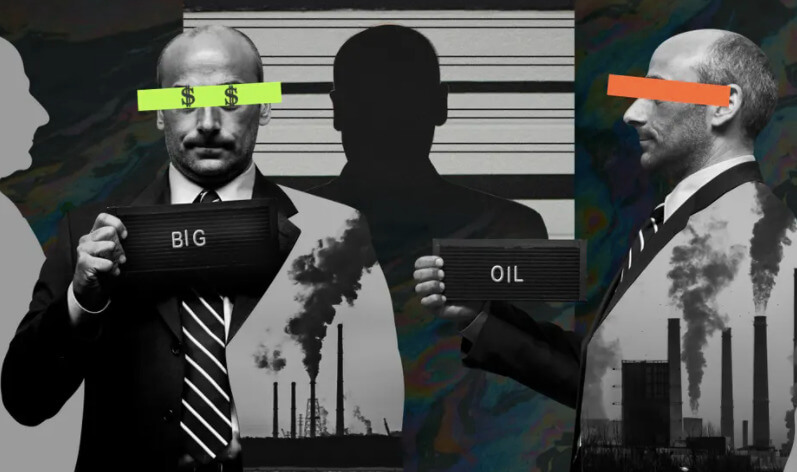 A series by CCNow and the Guardian investigates Big Oil's complicity in the climate crisis and examines attempts to hold the fossil-fuel industry accountable.

As the impacts of the climate crisis multiply across the US, from intensified drought and wildfires in the west to stronger hurricanes in the east, a question is echoing ever louder: who should be held responsible?

According to an unprecedented number of lawsuits filed by US cities and states that are currently making their way through the court system, the answer is fossil fuel companies.

“Every person on Earth today is living in a crime scene…The crime in question is the fossil fuel industry’s 40 years of lying about climate change,” writes Covering Climate Now’s executive director Mark Hertsgaard in a Guardian article that kicked off the series.

The lawsuits marshal a sweeping array of well-established facts that detail how for decades, major petroleum corporations knew that burning fossil fuels wreaked havoc on the environment.

Industry elites heard dire warnings from their own scientists who predicted the urgency of the climate crisis nearly 60 years ago. But instead of taking swift action, the oil conglomerates staged a coordinated disinformation campaign to suppress political action and public awareness around the growing scientific consensus pointing to a climate emergency.

To help raise awareness around the climate crisis and the role of fossil fuel companies, the Guardian’s series, Climate Crimes, launched in collaboration with Covering Climate Now, examines these attempts to hold the industry accountable and investigate the tactics used by the companies to elide their own role in global heating. It also interrogates the central question that emerges from these lawsuits: Is the climate crisis in fact a crime scene?

Much of the content produced for the series is available for CCNow partner news outlets to publish. Below you’ll find the stories published in the series.