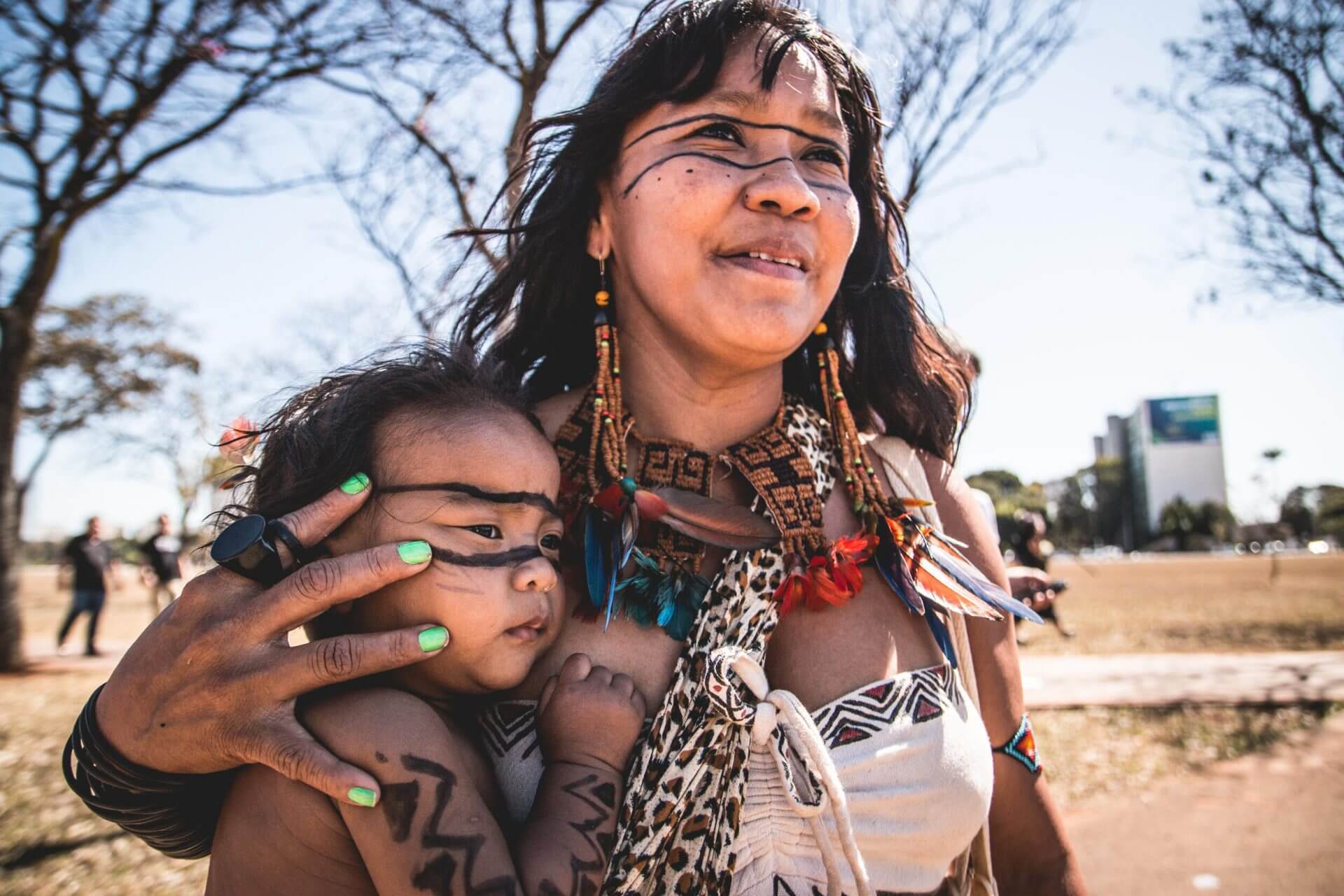 Here are some ways you might consider covering climate change as a fundamental matter of racial, economic, and environmental justice.

These story recommendations—scalable and adaptable for every news outlet’s needs, regardless of medium and location—will be updated regularly to reflect the latest developments in the climate story. Be sure to also check out our June 2020 “Talking Shop” webinar on climate coverage and racial justice. 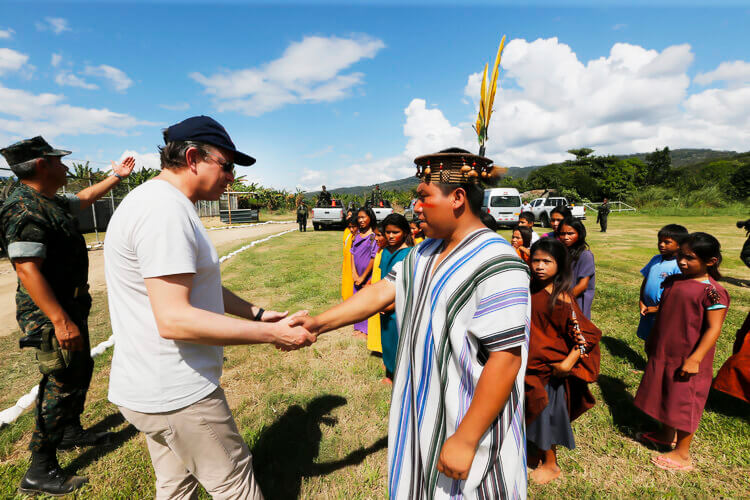 Simply put: A complete telling of the climate story includes the people affected by it and the people trying to solve it—and often that means people and communities of color or limited means. Coverage that focuses overwhelmingly on wealthy communities and features only white voices is simply missing the story.

As a result of systemic inequities, people of color, indigenous people, and the poor typically bear the brunt of climate disasters. At the same time, their experiences and needs are often not included when governments, businesses, think tanks, and other elites discuss climate solutions, which only further entrenches the inequities. Again, this misses the story, because disadvantaged people and communities are often at the forefront of climate innovation.

Climate change, as we often say, is a subject for every beat in every newsroom. Audiences need help perceiving it as more than a science or weather story. Now is the time to connect the dots for our audiences between issues of justice and the climate crisis and its solutions.

Climate as an inequality “threat multiplier” 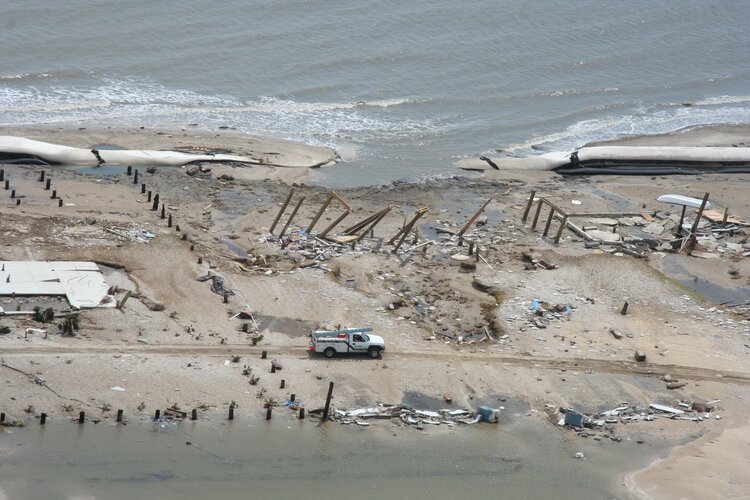 We hear about climate change as a “threat multiplier” vis-a-vis national security and extreme weather, insofar as it exacerbates the forces that drive terrorism and increases the ferocity of hurricanes and wildfires. But climate change can also worsen existing human crises, including poverty, health, and housing inequities.

The 21st century is projected to witness an enormous increase in “climate refugees”—people who are forced to abandon their homes due to drought, sea level rise, and other impacts of global warming—and most of these will be poor or people of color. In 2019 alone, some 30 million people were displaced or forced to migrate for climate-related causes, and that number is anticipated to increase to 200 million or even 1 billion by 2050. Climate displacement also occurs within communities, where it can resemble gentrification: more climate-resilient neighborhoods, often on high ground or in a city’s outskirts, can become more desirable and hence more expensive, pushing out existing residents, as is already occurring in Miami. In both cases, climate refugees generally then face additional risks to their safety, health (including mental health), and economic circumstances, driving further instability and suffering.

And when crises collide—as in the summer of 2020, when an extra strong hurricane season coincided with the coronavirus pandemic—it is poor communities that are most at risk, partly because healthcare systems in those communities tend to be less well-funded and robust.

But don’t just report on the inequities. Cover how governments and communities might help balance the scales, through stimulus and green spending, for example. 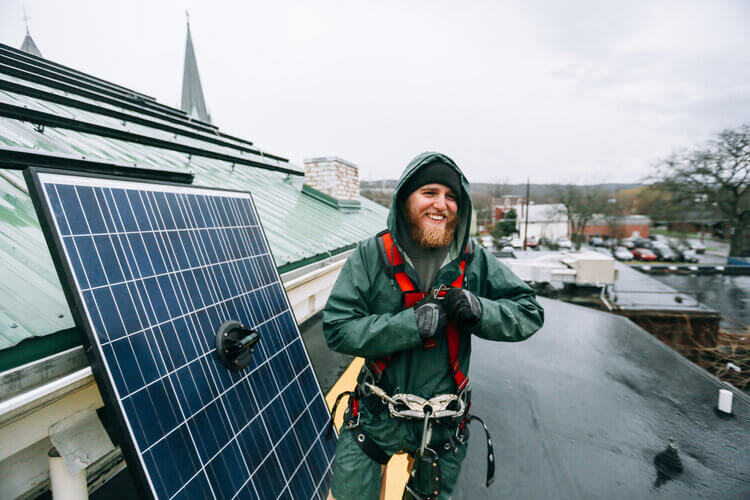 As climate preparedness and green energy become larger economic concerns, where will investments be made, who decides, and who will benefit? Will resilience projects prioritize wealthy communities, historically underserved communities, or both? If green stimulus spending goes forward, will the jobs created and the infrastructure constructed benefit all parts of society, including communities of color? As national and local lawmakers consider reshuffling budgets to reduce police spending, what are the arguments for diverting some of that “found money” to strengthening the social and climate resilience of traditionally over-police communities? 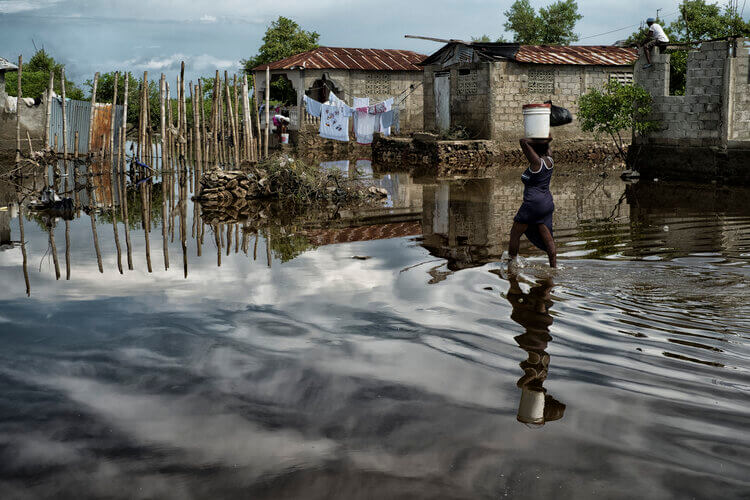 After days of continuous rains parts of Haiti’s north including Cap Haitian suffered serious flooding leaving more than a dozen dead and thousands homeless. The Haitian government with the support of the United Nations mission in Haiti (MINUSTAH) and UN agencies including the World Food Program, responded with evacuations, temporary shelters and food and supplies distributions. Photo Logan Abassi UN/MINUSTAH

Extreme weather events disproportionately affect disadvantaged people, but the injustice does not stop there. In the aftermath of such events, governments often fail to meet the needs of those people, even as affluent communities receive prompt, effective assistance.

News coverage should focus on communities of color and the poor before, during, and after extreme weather events. Pay attention to community and government responses; whose needs are being met, and who is being left out? If aid does reach disadvantaged communities, does it last long enough to rebuild—or only until the disaster stops making headlines? 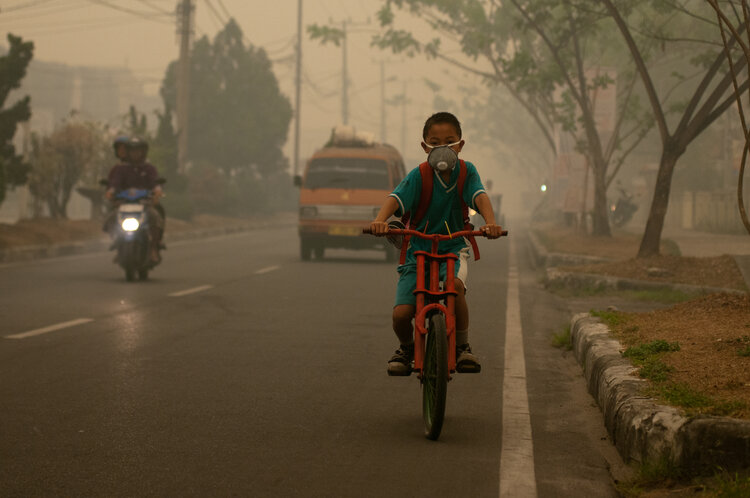 A student goes to school wearing a mask to protect him from the smoke that blankets the city of Palangka Raya, Central Kalimantan. Photo by Aulia Erlangga/CIFOR cifor.org blog.cifor.org If you use one of our photos, please credit it accordingly and let us know. You can reach us through our Flickr account or at: cifor-mediainfo@cgiar.org and m.edliadi@cgiar.org

The same corporate and financial entities that are polluting the planet with their oil refineries, pipelines, power plants, and so forth also pose an outsized danger to poor people and communities of color. Covering this pollution as an urgent matter of public health is not only accurate journalism, it can attract new audiences that perhaps are less engaged by climate coverage focused on abstract science.

How are various communities in a given news outlet’s market affected by pollutants? Who is responsible, what government actions encourage or deter such pollution, and what are citizens groups doing about it? How might policies such as a Green New Deal and different government regulation change the situation? 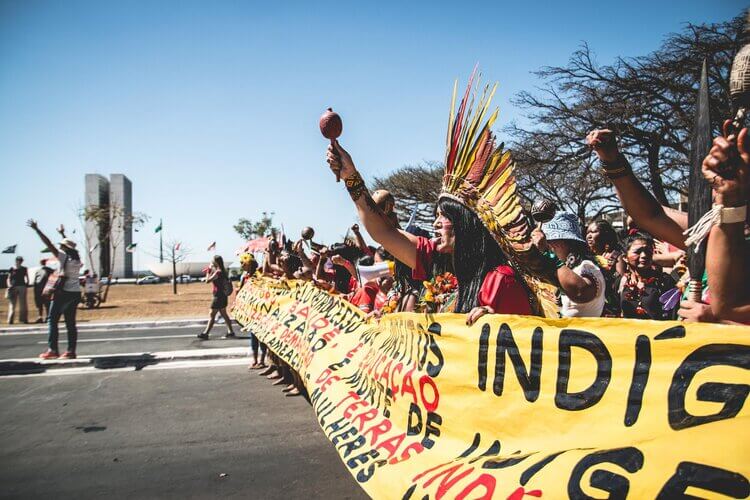 Look for the climate pioneers in your community, and there’s a good chance they will include people of color who are also addressing related issues of systemic injustice. What specifically are these community leaders advocating, how effective have they been, and what lessons might others draw from their examples? How do their proposals differ from mainstream solutions to the climate crisis?