Say It With Us: Extreme Weather Is Climate Change in Action!

When reporting extreme weather events in recent weeks - from the fires, to the Derechos, to Isaias - many big-name publications and networks, all with huge audiences, failed to note the climate connection. 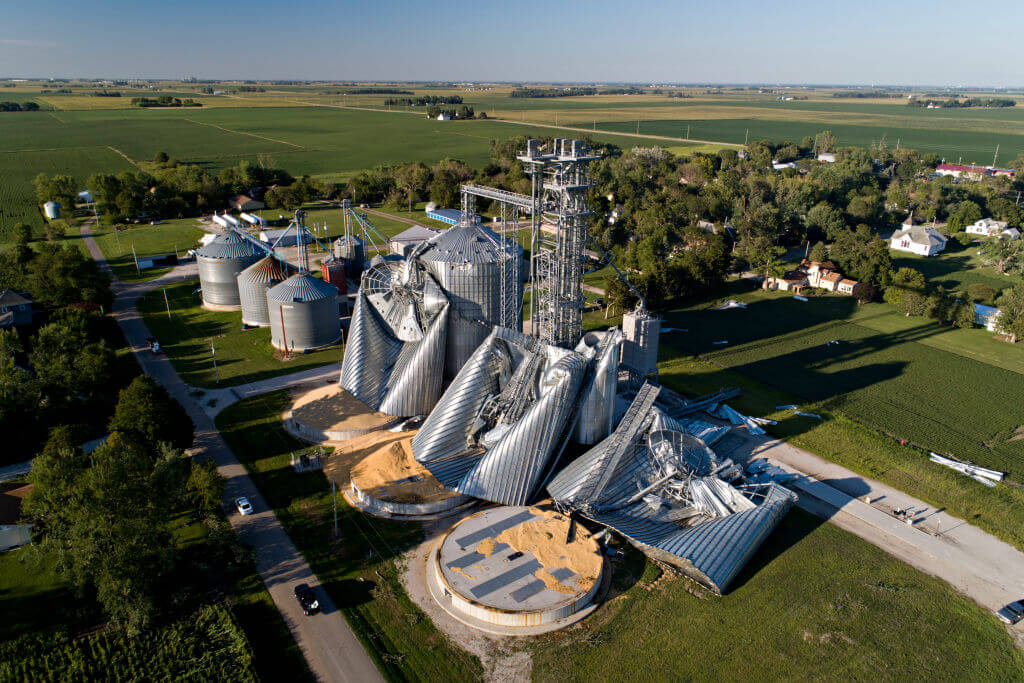 Today, a wildfire is raging in Colorado, forcing home evacuations and closing part of the Interstate near Grand Junction. In the Midwest on Monday, powerful “Derecho” storms ripped through several states, with 100 mile an hour winds downing power lines, depriving 1 million people of electricity, and flattening one third of Iowa’s corn. On the East Coast, Hurricane Isaias killed power in communities up and down the seaboard last week and whipped up dozens of tornadoes in its wake. In China, there have been floods; in Sudan, also floods; and in Russia, Siberia continues to burn.

Climate change is not the explicit nor the singular cause of weather events like these. But scientists know with certainty that it sets the preconditions for extreme weather events to occur more often and with more ferocity. Amid an especially active Atlantic hurricane season, for example, federal forecasters expect to run out of designated storm names, which last occurred in 2005, the year of the unforgettable Hurricane Katrina.

We know this. But we’re still not saying it.

From the fires, to the Derechos, to Isaias, many big-name publications and networks, all with huge audiences, failed to note the climate connection. Articles and segments that recounted the storms’ damages at length nevertheless did not mention the word ‘climate’ at all.

In 2020, there is simply no excuse for continuing to make this basic mistake, a mistake that has plagued media coverage of extreme weather for many years. The effects of climate change are too obvious. The stakes are too high. When we cover these events and only note the damage done, we might serve audiences’ curiosity. But if we really mean to serve the public, we need to tell the whole story.

It needn’t be difficult. Mere mention of climate change, for one, can make all the difference. Reporting might also detail the second and third-order effects of these disasters, including the impacts their increased likelihood will have on industry, infrastructure, and of course peoples’ lives. It should survey policy responses to disasters; are leaders helping to make their communities resilient and rising to the challenge of the climate crisis, or are they burying their heads in the sand? There’s ample room, too, for creative solutions to move coverage in the right direction: Some meteorologists, for example, have joined scientists in suggesting that we name heat waves, like we name hurricanes, to bring them more attention, as CBS News’s Jeff Berardelli reports in one of the bullets below. Together, let’s do better!

If you’re unsure how to draw the climate connection, you can refer to the Extreme Weather Reporting Guide on our website, which includes tips, story ideas, and resources to give you a start.

ICYMI: At CCNow, we believe climate change is a defining issue in this fall’s elections, at all levels of government. Make sure to take a look at our fall plans, which include a CCNow “joint coverage week,” September 21 to 28, when we encourage all partners to focus extra attention on Climate Politics 2020, and a Youth Takeover Day.

WELCOMING NEW PARTNERS: CCNow continues to grow, and this week we proudly welcome PBS’s “To the Contrary”; Urban Systems Lab; The Ecologist, from the UK; Earth.org, from Hong Kong; and The Invading Sea, a collaboration of the opinion pages of 26 Florida newsrooms, including the Miami Herald, the Tampa Bay Times, the Orlando Sentinel, and the South Florida Sentinel.

* When republishing any of the individual stories identified above as available, CCNow outlets are asked to append the CCNow logo, which you can download here, and the following tagline: “This story originally appeared in [insert name of original news outlet, with a link to the outlet’s homepage] and is republished here as part of Covering Climate Now, a global journalistic collaboration to strengthen coverage of the climate story.” Further detailed information on CCNow content sharing, including answers to frequently asked questions by our partners, can be found here.