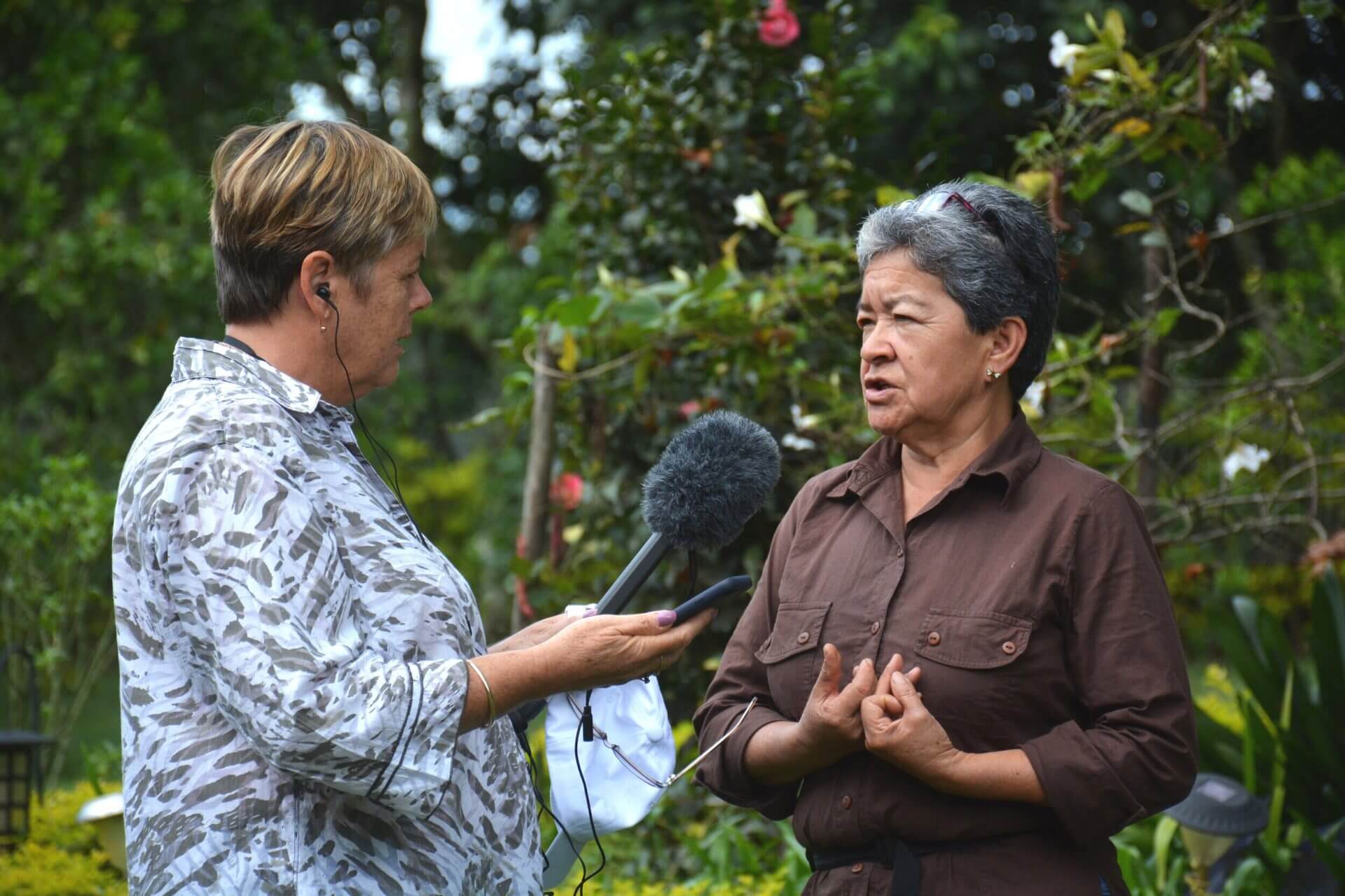 1. Say yes to the science. There are not two sides to a fact. For too long, especially in the US, the media juxtaposed climate science—a matter of overwhelming global consensus—with climate skepticism and denialism—seldom more than thinly-veiled protections of the fossil fuel industry. The resulting implication that these positions are equal, or that the jury is somehow still out, is in large part responsible for the public disengagement and political paralysis that have met the climate crisis so far. As journalists, we must write about climate change with the same clarity of the scientists who have been sounding the alarms for decades. Platforming those scientists’ detractors in an effort to “balance” our stories not only misleads the public, it is inaccurate. Where climate denialism cannot be avoided—when it comes from the highest levels of government, for example—responsible journalistic framing makes clear that it is counterfactual, if not rooted in bad faith.

2. The climate crisis is a story for every beat. At its core, the climate story is a science story. But whether you cover business, health, housing, education, food, national security, entertainment, or something else, there is always a strong climate angle to be found. And climate need not be a story’s central focus to merit mention. Also, journalists should be sure to emphasize the human-side of the climate story. For political reporters, for example, Biden’s climate agenda obviously deserves coverage. But audiences will likely be more engaged by stories that start with how the climate emergency is seen and felt by ordinary people — and then discuss how government policy can make a difference. In the words of renowned climate author Bill McKibben, climate change is “an exciting story filled with drama and conflict. It’s what journalism was made for.”

3. Emphasize the experiences—and activism—of the poor, communities of color, and indigenous people. Environmental justice is key to the climate story. The poor, people of color, and indigenous people have long suffered first and worst from heat waves, floods, and other climate impacts. Yet their voices and stories are too often omitted from news coverage. Good climate reporting not only highlights these people’s trevails, it also recognizes that they are frequently leading innovators at the forefront of the climate fight. Coverage that focuses overwhelmingly on wealthy communities and features only white voices is simply missing the story.

4. Ditch the Beltway “he-said, she-said.” There are of course plenty of urgent climate stories to be told from halls of government. But when we treat the climate story first and foremost as a political dogfight, we give the narrative over to the same intractable partisanship that so degrades the rest of our political coverage. (One side wants to act. The other doesn’t. Looks like nothing can be done.) By foregrounding partisanship in our climate coverage, we also risk losing huge swaths of audiences that likely feel they get more than enough political news as it is. And, for those readers, viewers, and listeners whose political views are ensconced in one camp or the other, we forego opportunities to challenge assumptions.

5. Avoid “doom and gloom.” We can and must understand the epochal consequences of climate change. If our coverage is always negative, however, it “leaves the public with an overall sense of powerlessness,” in the words of former NPR reporter Elizabeth Arnold. “It just reaches this point where people feel hopeless and overwhelmed,” Arnold told Journalist’s Resource in 2018. “And when we feel that way, psychologists say, we tend to just avoid and deny, and tune out.” Indeed, for every wildfire or galling instance of denial by the powerful, there are untold multitudes of innovators and activists who are pioneering solutions. By elevating those stories, we show that climate change is not a problem too big to understand—or to tackle.

6. Go easy on the jargon. This is a tried and true tenet of journalism generally, but it especially applies here. The climate story is chock full of insider-y verbiage—parts per million of carbon dioxide, micrograms of particulate matter, and fractions of degrees Centigrade. The meanings and implications of these terms might be familiar to those who’ve been on the beat for decades, but they may be quite unfamiliar to some who are reading or watching our coverage. Always assume that your target audience is not scientists or fellow climate journalists and ask yourself: How can I help someone new to the problem understand it easily and accurately? Where possible, avoid clustering technical terms. And when attempting to quantify climate change, try to employ simple analogies. For example, when explaining how global warming contributed to the record wildfires in Australia, John Nielsen-Gammon, the Texas state climatologist, likened it to baseball players on steroids: a great slugger will hit plenty of home runs in any case, but a great slugger who takes steroids will hit more of them.

7. Beware of “greenwashing.” Companies around the world are waking up to public demands for eco-conscious business practices. Pledges to “go green,” however, often amount to little more than marketing campaigns that obscure unmitigated carbon footprints. So shun the stenography and cast  a skeptical eye on grand promises of net-zero or carbon-negative emissions, especially from big-name companies that have historically been a big part of the problem.

8. Extreme weather stories are climate stories. The news is awash in hurricanes, floods, unseasonable snow dumps, record heatwaves, and drought. They are not all due to climate change, but the increased frequency and intensity of such extreme weather certainly is. Yet much news  coverage makes little to no mention of the climate connection, leaving audiences without context and unaware that humanity is already experiencing climate disruption. (Worse still, some coverage greets this bad news with cheer. An alarmingly unseasonable heat snap, for example, is “a much welcome break from the cold.”) The climate connection need not dominate coverage, nor distract from the vital information audiences need in the face of  emergency weather conditions—but mentioning it is a must.

9. Jettison the outdated belief that climate coverage repels audiences and loses money. Climate stories have a bad reputation as low-traffic ratings killers. This might have been true in the past, but demographic shifts and growing public awareness have brought increased demands for smart, creative climate coverage—especially from young audiences, for whom the climate emergency is often top-of-mind. Indeed, there’s good evidence that strong climate coverage can actually boost a news outlet’s bottom line.

10. For God’s sake, do not platform climate denialists. We understand as well as anyone that opinion pages occasionally need to push the envelope with unpopular takes. But there is no longer any good faith argument against climate science—and if one accepts the science, one also accepts the imperative for rapid, forceful action. Op-eds that detract from the scientific consensus, or ridicule climate activism, don’t belong in a serious news outlet.